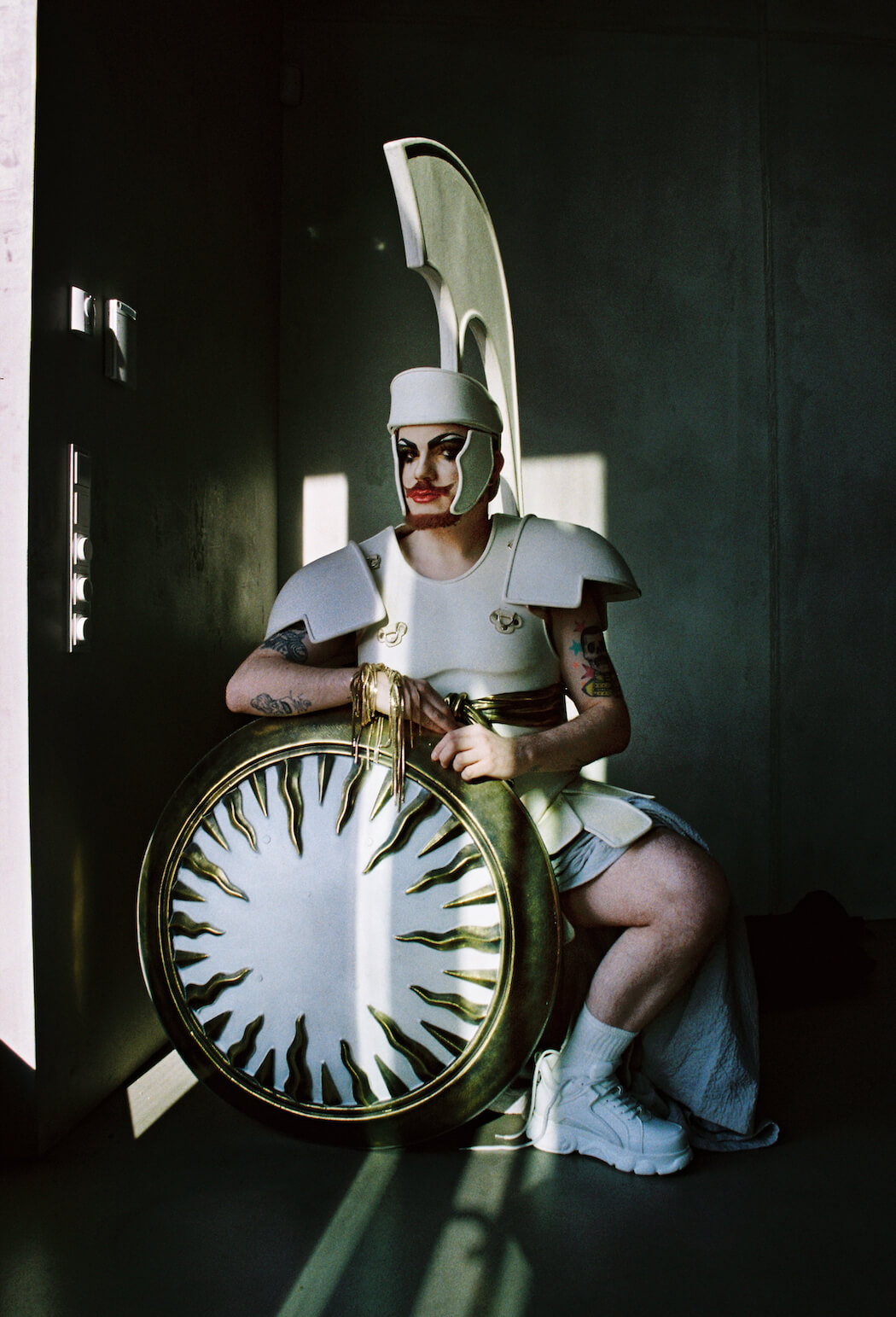 An interview and editorial from our new digital issue! Bambi Mercury’s real name is Tim and is known as one of the most exciting drag queens on the Berlin scene. He has made a name for himself with years of hard work in the club scene as a DJ and club kid and lives openly with his alter ego. Bambi does not embody the classic image of drag queens, as we know them from Rupaul’s drag race, for example. Tim is a father, an icon and a podcast star. Special thanks to photographer Joseph Wolfgang Ohlert for capturing Bambi Mercury for this issue!

Hello Bambi. Welcome to our family. Let’s start directly. Please tell our readers where you are from and what is your mission?
Hey! Thank you so much for having me. I’ve lived in Berlin for several years and during that time I created my Drag Persona “Bambi Mercury”. I think she was always inside of me. But in Berlin, in my queer bubble and with all those creative people around me, Bambi came out and said: Hi there! Let’s get it on!

What drove you to create your drag persona? How did your drag name come about?
I always had friends who did Drag. One time, one of my friends took me to a bar for public viewing of RuPaul’s Drag Race. After the screening, the local Queens performed and I saw the diversity and creativity of their art and I was enchanted. I had the chance to perform on that stage weeks later, and figured out, make up is harder than you think in the first place. I looked awful, but it was a lot of fun.

My friends have always called me Bambi since my teen years. I added Mercury, because of my passion for Freddie Mercury and Queen. Bambi Mercury was born.

In 2019 you took part in Queen of Drags, a drag show with Heidi Klum on German TV. How has that affected your career?
It was such a joyride and another small step for German television. At the beginning of 2020, we all had our live shows at Metropol Berlin and my whole year was already packed with bookings. (Performances/ Host/DJ) Then the pandemic happened. But it didn’t stop my creativity. We found our way to stay relevant and use our voices.

How important is a TV show like Queen of Drags and RuPaul’s Drag Race for the community? For many drag queens and fans, these TV shows are more than just a safe space.
Our queer clubs are our safe spaces. Still there, but closed. They are essential for us. Showing visibility, diversity and all colours of our community is the most important thing. Germany still needs time to soak it up. As a queer child, it is such a relief to see drag artists and queer people on television. There is an identification that takes place and is very important to become who you really are and makes you stronger.

Talking about safe spaces… How important are such places for you personally and which places in Berlin do you call a “safe space” and why?
For me personally, my safe space is my close friends, my chosen family and my club Schwuz. At Schwuz I had my first DJ gigs and it was the first club I went to when I was in Berlin. There are several clubs and bars where we can be ourselves.

On the topic of nightlife and LGBTQIA+ communities, what is it like in your city? How could visibility be increased?
I would say that the media is one factor. You will always see stereotypes, but not everyone lives under the same umbrella. Berlin is a very international city, but it is still filled with hateful people and crime against LGBTQIA+ people. This is why we still need a Pride and talking about being queer. So many people, mostly straight people, don’t understand the struggle. My friend Barbie Breakout said once, “Just take someone, who’s the same gender as you are and have a walk, hand in hand on the street and wait for the response.”

Our queer clubs are our safe spaces.
Still there, but closed. They are essential for us. Showing visibility, diversity and all colours of our community is the most important thing

Read the full interview with Bambi in our new issue: