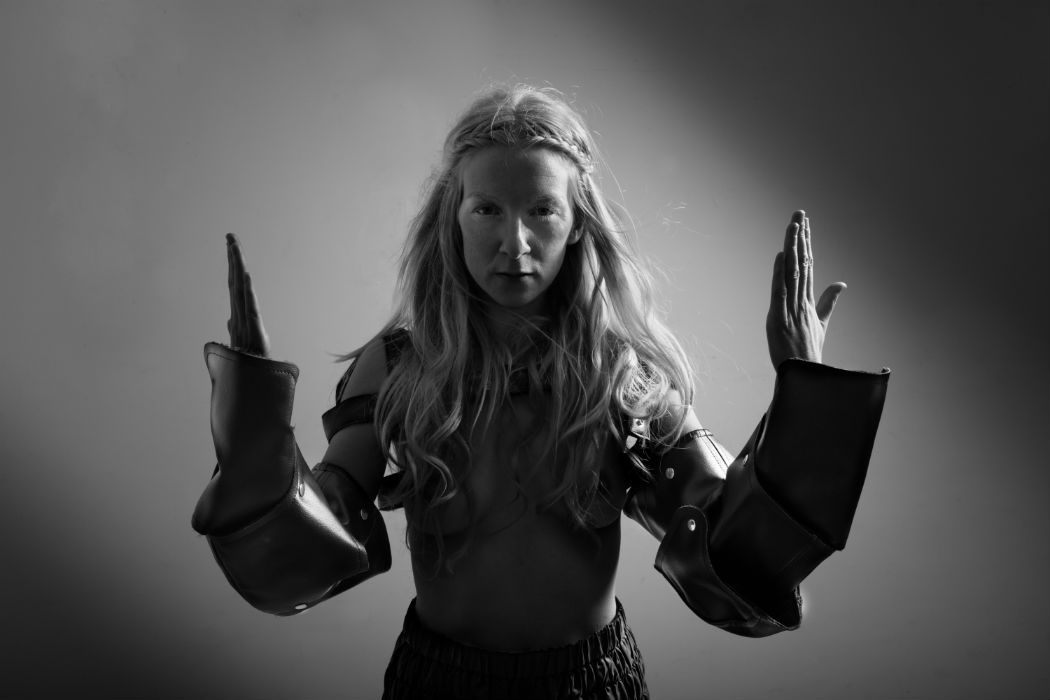 Swedish singer-songwriter Jonna Lee may be better known to you under the moniker iamamiwhoami – the electronic music and audiovisual duo with her long-term collaborator Claes Björklund. The immersive tracks of this mystical, cinematic project were the place where I first discovered her sound. And having followed this project for many years I was intrigued to find out what her latest transformation to become ionnalee had in store. For Lee, ionnalee represents both a new beginning and the next chapter of her journey that continues to unfold as she pushes herself and her music. 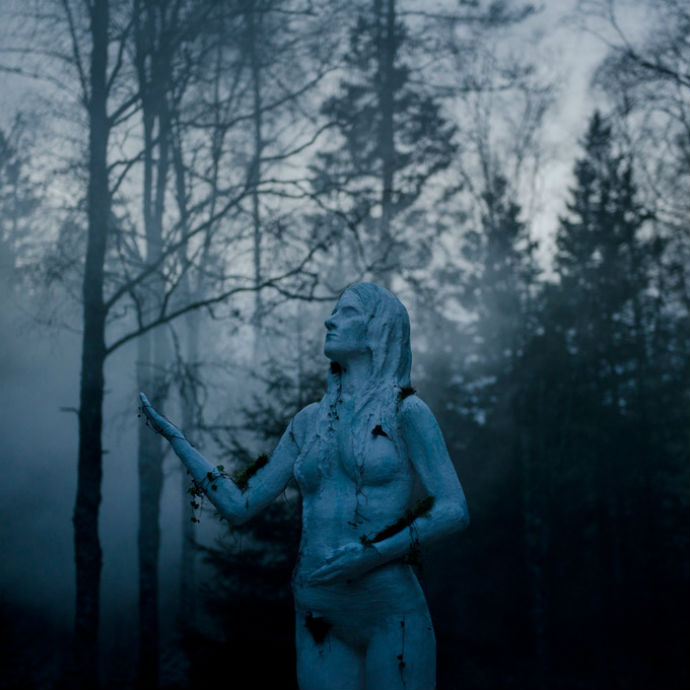 The concept of rebirth and reimagination is an ongoing theme in Lee’s musical career. To those familiar with her very earliest work, iamamiwhoami in itself was a complete reinvention following the release of two very different albums back in 2007 and 2009. She now believes that her early solo work was the result of compromise — a word that has since been erased from her vocabulary. “[Today], it’s about making music for the passion of it and releasing my work as it’s intended to be received”, she says. “It’s less money, but there are no boundaries, no deadlines and no censorship. I want to be able to look back on my full body of work in the larger perspective and know that it was made with pure intentions. Even iamamiwhoami would not have come to life unless I had dared to push myself into unknown territory.” A decade into her solo career there is a directness and a rawness to this new solo project – as her own creative vision is forged to unleash one passionate roar. “ionnalee is me”, Lee explains, “with a history stretching further back than iamamiwhoami, and my progress past it. I collaborated mostly with myself and pushed through from co-producer to producer, experimenting with the mixing of organic and electronic genres, moods, soundscapes and beats, always putting my voice in focus.” When talking with KALTBLUT about this latest audio-visual adventure she explained, “I am in a constant artistic evolution which has lead through 10 years of creating and making iamamiwhoami, and through this I’ve grown into finally daring to reconnect with my solo work and building confidence to be good enough a producer, songwriter, director and performer without the support of others.” 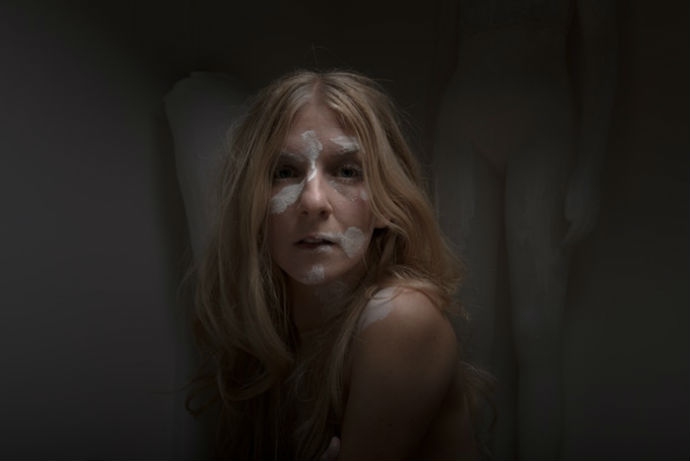 As I dove into her self-produced solo album ‘EVERYONE AFRAID TO BE FORGOTTEN‘ the intensity crept up my spine and it quickly became clear that this was going to be a totally different musical experience both for her and her waiting fans. “It’s quite a cynical album made during a heavy period in my life,” Lee explains. Having seriously battled with her health in recent years she told us that she now feels there’s a lot more at stake. “Being stuck with a chronic condition affecting my body and voice, the title of the album is also a reflection of my own fears. During the recording of this album I fought periods of depression and sometimes lost my voice for days at a time that made the process so frustrating, scary, but also very important for me.”

Aside from her own personal journey, the themes of the album approach those fears and frustrations that we face as a human race living in increasingly uncertain times. “I have been questioning and exploring my motives for being an artist, working with emotion as the value in a time where the noise out there is just growing louder. I’ve been asking myself – what does that do to the music and the creation? The thing is that when you hold onto the past, that moment is gone. It’s not coming back. Even if it did you are not the same now as then. Your experience of a rendition would be completely different today than before, so embrace the new.” For Lee, even the title in itself reflects an age in which each and every one of us lives in fear of oblivion. The visual component remains a key element in Lee’s process. This time it manifests itself in the form of a haunting hour-long feature film incorporating the album as its soundtrack and a visual collaboration with the fashion house Commes des Garçons.

As we arrived at the Berghain we were surprised to be met by a long wait to enter the venue even though the show was due to start. “Is it Sunday already?” a couple in front of us joked. But considering that many of those waiting had pledged to back Lee’s Kickstarter in order to attend this very show many months before, the excitement vibrating in the air was palpable. In fact, her Kickstarter project was funded in just under a week by over 1000 backers allowing her and her team to create the world tour of her dreams that would take the album and a sensory stage experience out on the road. “It was surreal,” Lee explains. “It could obviously have gone to shit, but I was ok with that risk. I wanted to let the audience decide how important this tour was for them. Having their belief was the most valuable thing and it has shaped each show which has felt like a loving reunion. I am very grateful for the support and open-mindedness of my audience.”

Once inside the crowd buzzed expectantly fans waiting for their ice queen to appear. She swept onto the stage in a sleek catsuit, her blonde hair flowing freely around her as she moved with the crowd. The show was an uplifting, joyful experience. Lee gave every last drop of energy on stage, and the crowd responded in kind. “It was very special. I have a lot of respect for the space and felt honoured to play there. The costume design – especially her hypnotic illuminated cape – added to the visual experience whereby Lee combined her carefully choreographed movements with the pieces she either created herself or that were gifted to her as part of her continued collaboration with Commes des Garçons. Toward the end of the show, she pulled an unexpecting crowd member onto the stage with her and danced with him gleefully through the end of the set. “The synergy between space, audience and performance was an amazing moment. Also as there are no cameras, everyone was present in that moment with me.” 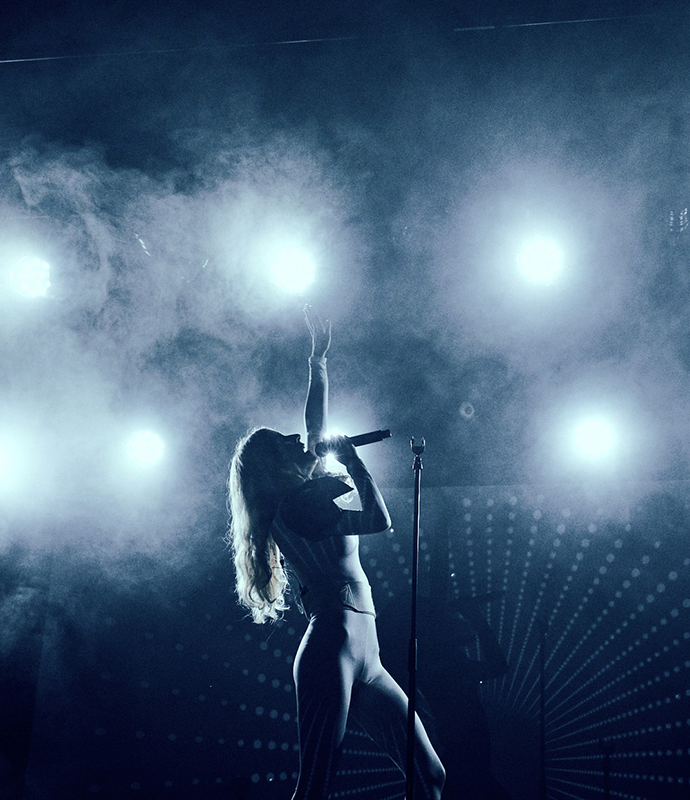 In both the live show and the album Lee’s vocal was placed front and centre – it was a demanding performance, especially given that the show lasted over an hour and she hardly paused to catch her breath. “There are songs that I love but I know that they will steal a lot of power. Lee explains, “because I can’t do anything low energy! I’ve tried but it sucked. When the moment is right TEMPLE is so special to perform, Y is like breathing to me and chasing kites is always a joy. All of the songs have their special thing especially since they’ve all been specially reproduced for the show.” By the end of the concert surrounded by beaming faces, we can only applaud Lee’s ability to keep taking risks and pushing her creativity to new heights even in the face of so much adversity. “It’s hard pushing ahead sometimes because it’s comfortable to dig in the past.” Lee says, “but my work is always about moving forward. All the other moments throughout my life I’ve thrown myself out without a safety net. It’s then that I know who I am.”