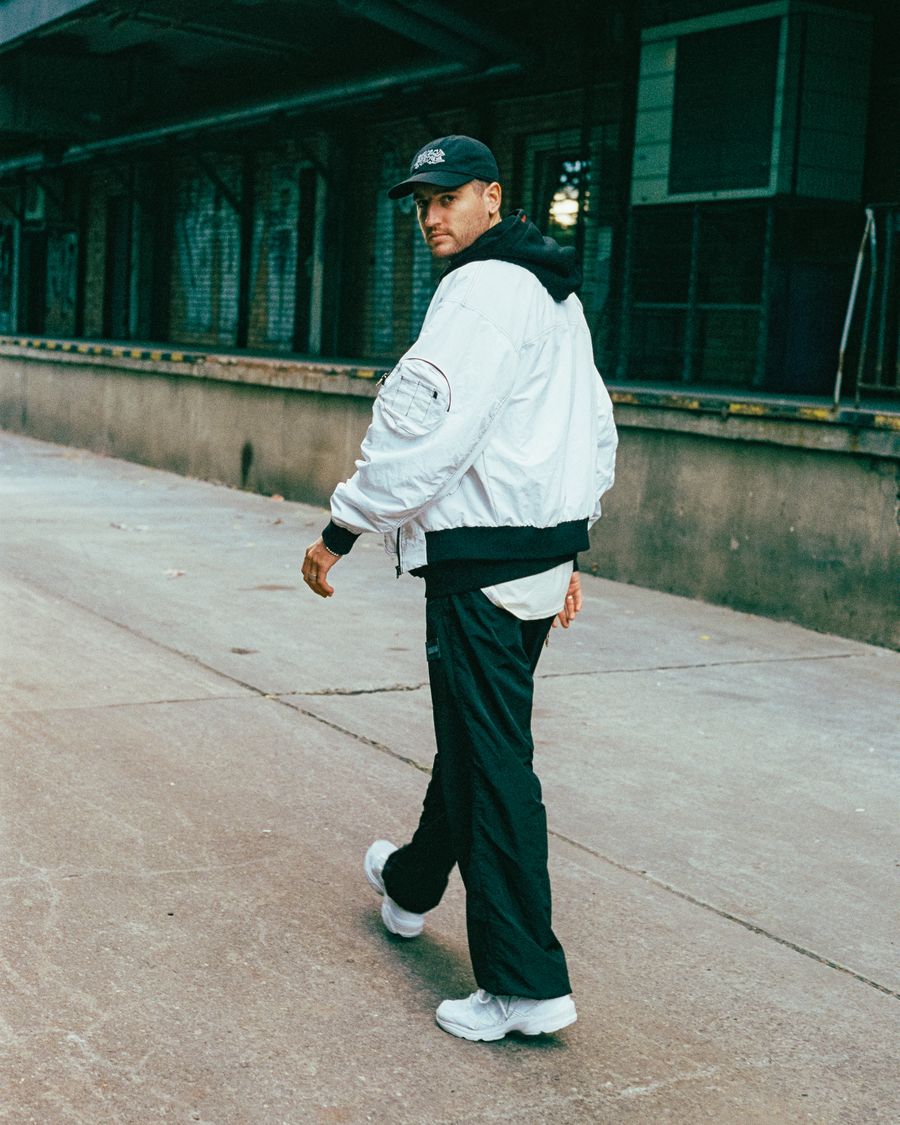 #TrackPremiere – Are you ready for one of Berlin’s most exciting new artists in the techno realm, Julien Bracht?! The artist returns with the pulsating and ferocious new techno anthem “Don’t Chase Your Enemies”. A masterpiece that takes us back to the glory days of techno sound in the 1990s.

A release builds from a crunching acid-bassline, the track builds a punchy techno groove throughout and constantly layers melodic elements and emotive synths – creating a journey throughout the dichotomy of Berlin’s techno sound.

This track was done right after ‘Mode Flower Rave’ and came out of this roaring 101 bassline. I was listening to a lot of raw 101 techno and was really inspired by it. When I had the kick and 101 right, I went down to the workshop in our garage and recorded everything out of metal I could find. After that I found this beautiful pluck sounds and it finished the track. The track title ‘Don’t Chase Your Enemies’ is referred to the beautiful video directed by Max Braun. Really worth to watch it. I hope you guys enjoy the track and video. Love, Julien.

An experienced head on young shoulders, Julien’s first experience in music was as a drummer. He soon went on to find success as one-half of Lea Porcelain alongside Mark Nikolaus. Their hypnotic post-rock debut release in 2017, “Hymns to the Night,” gained instant acclaim from UK tastemakers Lauren Laverne, Steve Lamacq and Zane Lowe. They soon hit the international stage with dates on several major festivals around Europe, including the Reading Leeds Festival, Great Escape in Brighton and Latitude.

Now focusing on his own productions, Julien has released a number of critically acclaimed productions including an official remix of Grimes’ ‘My Name Is Dark’. Last year, he also dropped his album ‘Now Forever One’ which went on to critical support from Mixmag, Datatransmission, Magnetic Mag, Groove Magazine and plenty more. The album has since dropped remixes from the likes of Marcel Dettman and Daniel Avery. His first release from the new project has already dropped to critical acclaim, showcasing Julien’s love for emotion in techno. ‘Don’t Chase your Enemies’ is an entirely different beast – built solely for the early hours of the morning providing potent energy through an acid bassline.