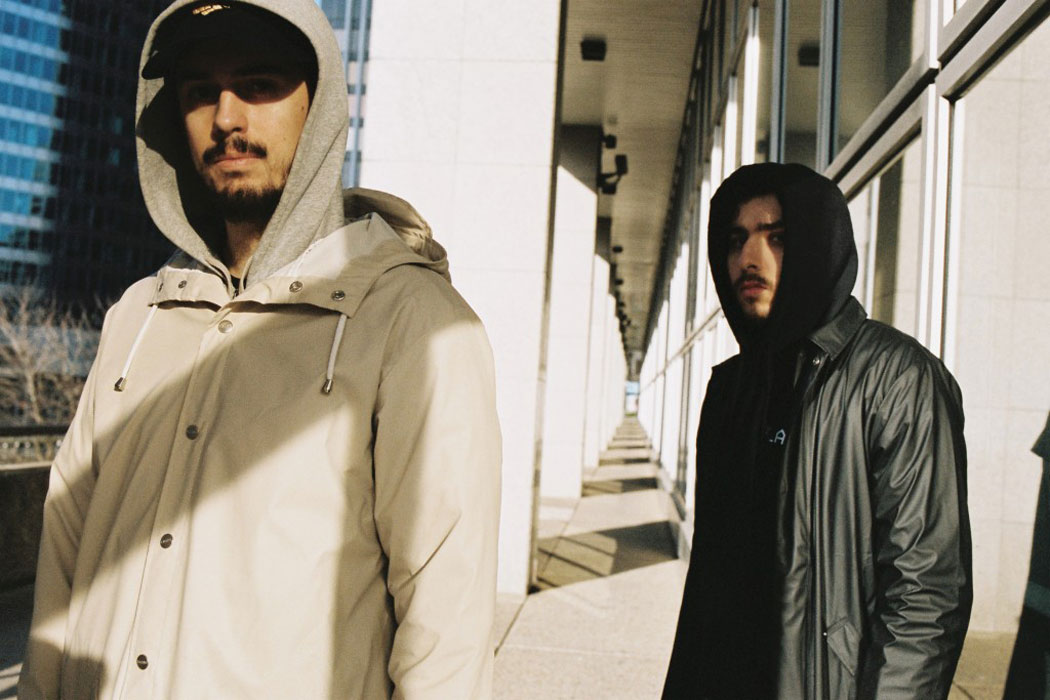 KALTBLUT is excited to announce the release of the debut EP from the brand new signing to the critically acclaimed Nowadays label, BRNFKD. Since the first track release from the EP, ‘Sixteen’, featuring Camille Gray, we have been hooked, and their follow up teaser from last week, ‘Shining’, with rapper Eli Sostre, only left us wanting more. With bewitchingly futuristic artwork, tight production, haunting synths, and silky vocals, the end result doesn’t disappoint. Behind those six special letters (pronounced ‘brain fucked’) lurk two rising talents of the French scene: heavy trap range artist Ikaz Boi and prolific producer Monk, who came together to create an entirely natural and ‘instinctive piece of music’. Together, the two producers play with the codes of electronic and hip-hop music to craft an atmosphere that is all at once sensual, melancholic and powerful. We’ve also got a few exclusive words for you from the duo about their long awaited release.

Lead singles ‘Sixteen’ and ‘Only Mine’ feature the vocal talents of two up-and-coming U.S. female artists. A 23-year-old singer- songwriter who released her first EP Street Cinema in March 2014, Camille Michelle Gray first gained attention for her 2011 feature on ‘Mind of Logic’. On ‘Sixteen’, she lends her effortlessly soulful register to a woozy beat, which is followed on the EP by Denitia’s silky timbre on the alt-R&B inflected ‘Only Mine’.  Eli Sostre’s hazy R&B vocals on ‘Shining’ perfectly complement the deep, downtempo, trap- influenced vibes to transition fluidly into the spacey electronics and blissed-out beats of instrumental finale ‘Duplication’.

The EP is accompanied by animated visuals created by Clarita Luzian, a.ka. Render_Fruit, who also designed the artwork for the EP, and whose past work includes an incredible list of some of the biggest names in the music industry, from Kanye West to Rihanna. Clarita explains that “the song was very inspiring for me and speaks about love, about being IN love. I took the immense sense of that word-monument and dived into its waters…” The CG animated video features what Clarita refers to as her ‘genderless mates’, in order to remove any distinction: “the intention is to see the pure action, without veils, without conditions, without differentiations.”

Nowadays Records is responsible for driving France’s thriving beat-making scene, with releases by artists such as Fakear, Douchka and Everydayz & Phazz. After making a name for itself by hosting a show on Rinse France, throwing parties in 1K capacity Parisian venues, and by teaming up with Boiler Room for a special showcase of the ‘New French’ electronic scene, the label is now ready to transcend their Parisian roots and branch out worldwide – and with fresh and original talent like this, they’re unstoppable.

KALTBLUT: For those that are unfamiliar with you, tell us a bit about yourselves and how you came together?
We’re BRNFKD. We make music. We were friends before we came together as a duo, it felt pretty natural I guess as we like each other’s music.

KALTBLUT: What was the inspiration behind your latest release , “Sixteen”, taken from the EP?
I don’t know really, It came together as an instinctive piece of music. It’s a mix of our two musical identities. And then Camille came out with her great voice and that was it. Not much thinking.

KALTBLUT: What are some of the main influences behind your sound?
Hard to say really. We have so much influences…I guess that would be soulful music in general, whether it’s electronic music, hip hop, pop or anything, as long as it touches us.

KALTBLUT: How does Clarita Luzian’s artwork tie in to your style and your production?
When we found Clarita’s work, it felt pretty natural to work with her. It’s like the perfect illustration of our craft and our vision for this project.

KALTBLUT: What can we expect from your EP?
A dive into our world. Or just some music we enjoyed making!

The EP is released on digital and vinyl today via Nowadays. Listen to it here.