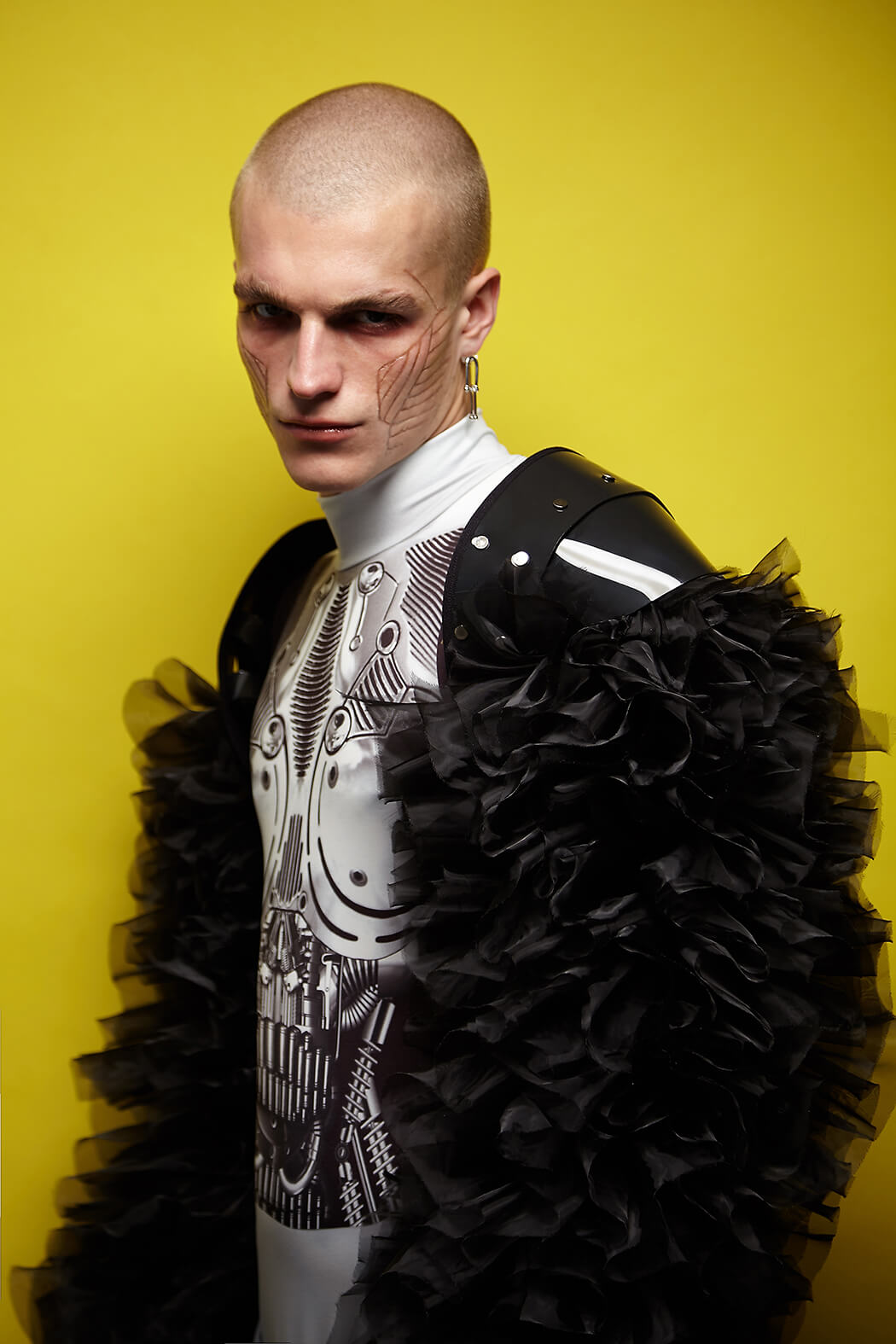 A KALTBLUT exclusive. The model is Jordan Ross Smith at FIRST. Make-up artist Martina Derosa and photographer Karl Slater come together to create a story based on Cyberpunk 2077, the biggest game to launch last year. Cyberpunk 2077 is single handily responsible for saving millions from the confines of lockdown, with this digital open-world action game.

Derosa explores the extensive character creation choices, such as tattoos, scars and cyberware to create the makeup concepts. Cyberware is cybernetic prosthetics installed in the human body that serves not only as upgrades and enhancements. Cameron’s wardrobe choices were inspired by the ultra-rich and most flamboyant characters of Night City. Using UK designers such as House of Namaste & FCLX who created pieces that seem to have been plucked from the game itself.