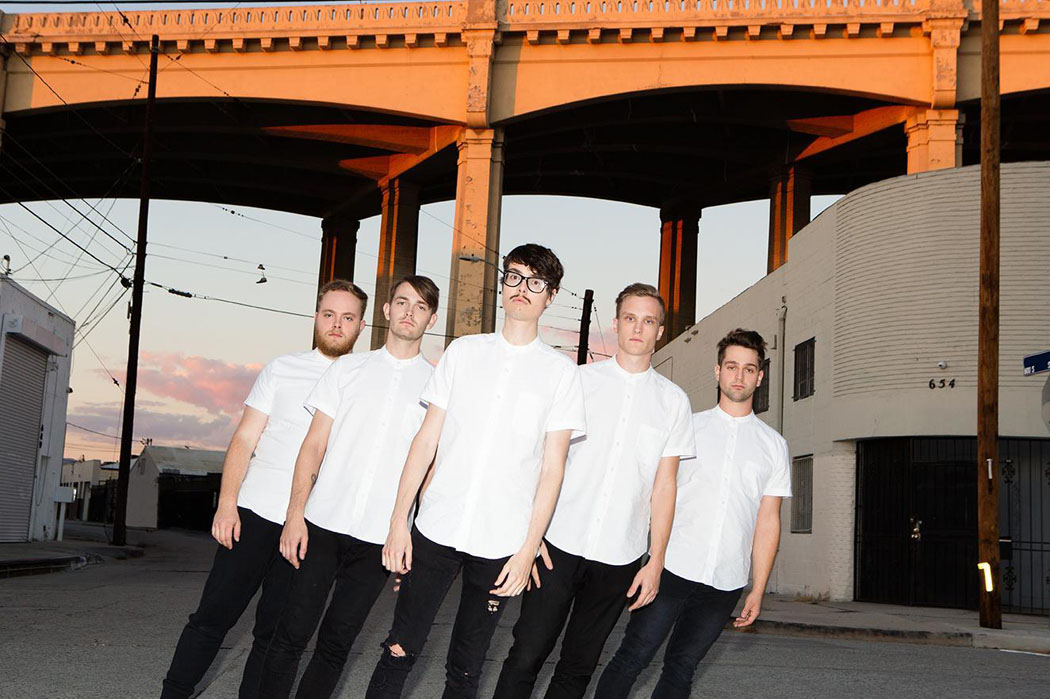 Joywave’s infectious electro-indie has been carving a groove into the mainstream since the band’s EP release in 2014. Their unique and eclectic sound is perfectly encapsulated within their forthcoming release. How Do You Feel Now? encompasses a vast spectrum of styles, dynamic makers shifting shape from one track to the next. From crunching rock guitars and erratic basslines to dance beats and refined power-pop, Joywave’s debut album promises to give listeners a taste of their world. KALTBLUT caught up with the boys to discuss their upcoming debut album and the run up to their performance at Lollapalooza Berlin!

KALTBLUT: How did Joywave begin? Are you all from the same background?
Joywave: Joywave started in 2010 with a bunch of demos Daniel had that weren’t appropriate for any of the other projects we were involved in at the time. We’d all been making music together in some capacity for as long as six or seven years at that point and had known each other since high school.

KALTBLUT: What inspired you at the time?
Joywave: We’ve always been inspired by a certain type of creative person versus a specific collection of bands or artists. Musically, we always enjoyed artists who transform themselves at the risk of alienating their audience, but somehow find a way succeed. There’s nothing worse for us than hearing more of the same from an artist we love. More than this, I think the inspiration around 2009-2010 was just to make something we wanted to hear, as canned an answer as that may sound. I think we just felt that there was nothing to be gained by trying to repeat past successes, our own or anyone else’s.

KALTBLUT: Did you always have your sights set on who you wanted to be/what music you wanted to produce?
Joywave: Music was the intended path for all of us growing up, but stylistically we come from diverse backgrounds. Ben is classically trained on piano, some us were into super heavy, aggressive music growing up and others weren’t. I don’t think we’ve ever felt defined by a specific type of music, we just like good songs.

KALTBLUT: You just toured for an epic 12 months, was it strenuous?
Joywave: It’s always tough. We’re lucky that we all kind of grew up together, musically and socially. It’s very easy to tell when people aren’t in the mood to clown around and when no one feels like taking your bullshit. Everyone is relatively laid back so it’s pretty easy getting along. The more you talk about touring, the more you realize that everyone living this life is going through the same shit. It’s refreshing to have a conversation with someone in another touring act and NOT talk about life on the road. It seems everything’s been said about it.

KALTBLUT: Do you find that you’re still able to produce new music on tour?
Joywave: Not really. We’ve been traveling in a van up until this point, and the cocktail of motion sickness and discomfort makes it pretty hard to pull out an iPad or a laptop and make something inspired. Ideally, we all have an IV of Dramamine being pumped into us and we replace the van benches with a mobile studio.

KALTBLUT: What was it like performing at SXSW?
Joywave: SXSW is always mayhem. The whole week kind of swirls into one exhausting day that you come out of totally destroyed. That said, there are good shows that happen and there are bad ones. Ultimately, the festival is hard on artists and harder on fans.

KALTBLUT: Have any performances really stood out to you recently?
Joywave: There were a couple. At the Detroit stop of our tour with Bleachers, there was an extremely small amount of space on the stage. We were in this historic old building with these balconies flanking both sides of the stage, so me and our keyboardist Ben set up on each balcony and played the set from up there. Ben played the theme from Phantom of the Opera between most songs in our set. We also played our album release show in our native Rochester, NY at a small club we kind of came up at called Bug Jar. We made it free with an RSVP and the line wrapped out around the building and down the street. Realizing we kind of fucked up logistically, we told the people in line that didn’t get in for our set that we would play again later if they stuck around. They did and the second show was absolutely nuts.

KALTBLUT: Where do you draw your musical influences from?
Joywave: I kind of touched on this previously, but mostly from acts who aren’t afraid to evolve, experiment and take risks – creatively, Kanye and Damon Albarn come to mind.

KALTBLUT: Did you really record yourselves peeing into milk cartons and use the sample?
Joywave: Yes. There was a few week span during the first part of 2014 where the roof of our studio was collapsing and we lost water service. Too cold and populated to go outside to relieve ourselves, we had to resort to using milk cartons. It was pretty unpleasant. If you’ve seen the movie Barton Fink, the scene at our studio was a lot like that. There was a constant threat of the walls literally caving in on us as we made the record.

KALTBLUT: After watching the video for ‘Somebody New’ I take it you’re a fan of Tony Hawks and all of the wonderful glitches in his games?
Joywave: Some of us more than others, yes. I remember getting huge kicks with my friends out of glitches in video games growing up. There’s something hilarious about playing a game and falling into this illusion of a perfectly rendered world, only to realize how close everything is to falling apart. Tony Hawk actually tweeted about the video which was an amazing moment for us.

KALTBLUT: You featured KOPPS in your last video/song, are these friends of yours?
Joywave: Yeah, they’re good friends of ours who mostly went to high school with us. Travis and Andy from KOPPS played in Joywave at one point.

KALTBLUT: Would you like to work with anyone else?
Joywave: We always say Kendrick Lamar in this situation, hoping that he sees, hears or reads it somewhere. His new record is insane and important.

KALTBLUT: What can we expect from your album?
Joywave: The album is a pretty multi-faceted look at the band up until this point. I think there was a lot that Daniel wanted to say about a lot of different things on the record and that’s reflected in the album’s diversity. We just did our best to make sure the musical bed was adding more depth and meaning to the lyrics, with disregard for genre, expectations and linearity. The four songs on the ‘How Do You Feel?’ EP are better represented here – they were the first we finished during recording; there was no grand strategy with putting them out first, it just kind of happened that way. On ‘How Do You Feel Now?’, the songs kind of find their snug home, while the rest of the album and transitions bridge the stylistic gaps. Overall, we think we created something of a 52-minute transformative experience.

KALTBLUT: What’s next?
Joywave: We’ll be out on the road for most of the year. We have a stateside headline tour coming in the fall. LOLLAPALOOZA BERLIN, which we could not be more excited about. Many of us consider Berlin to be our favorite place we’ve traveled up until this point, so you can imagine how stoked we are.

Joywave’s debut album ‘How Do You Feel Now?’ will be released on 22nd June through Polydoor Records