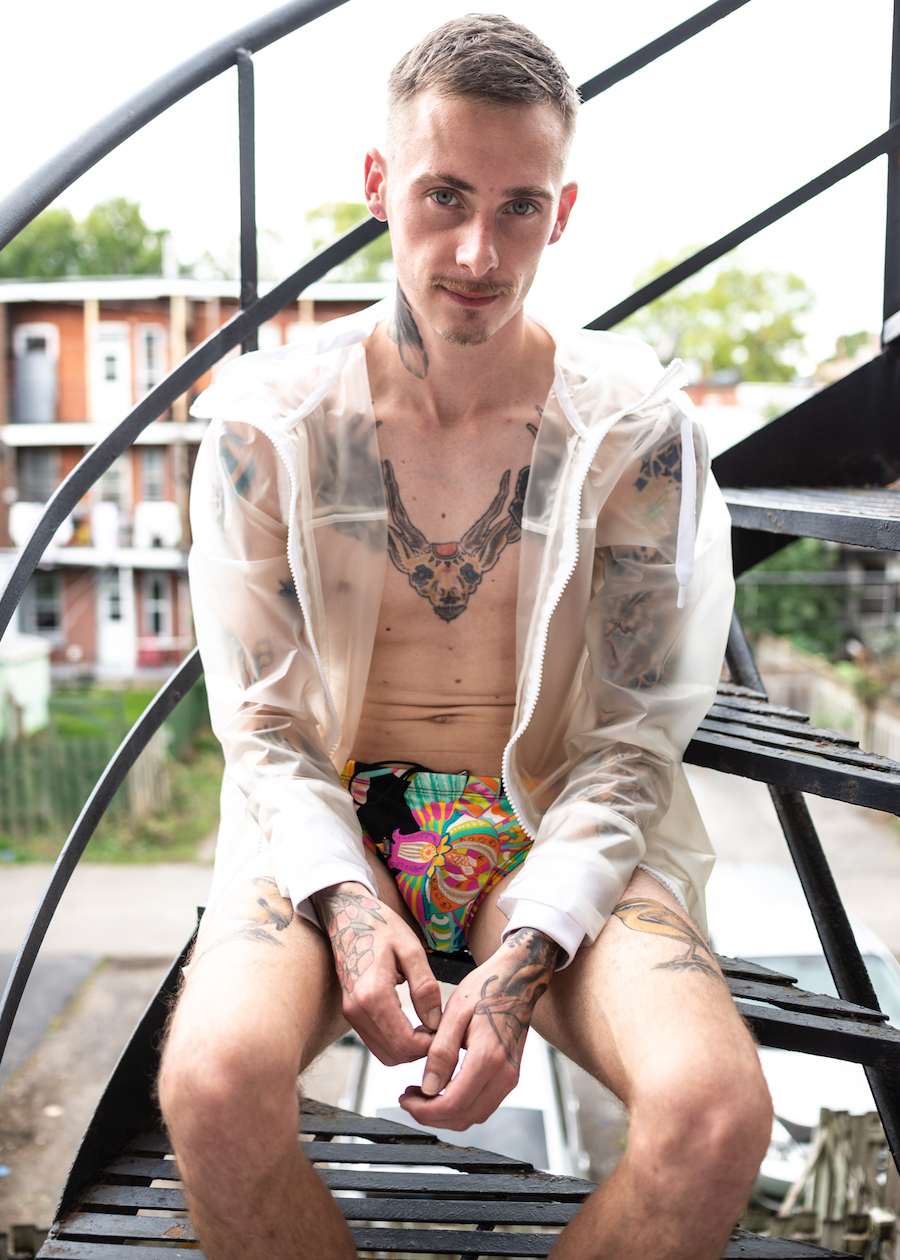 Elska Magazine, a publication dedicated to sharing the bodies and voices of LGBTQ communities around the world, has put the spotlight on Montréal, Québec for its latest issue. Inside readers can get to know a cross section of ordinary gay, queer, and trans men from what is perhaps Canada’s most fun and exciting city, presented through intimate photography and honest storytelling.

This marks the publication’s second time in Canada, following 2016’s Toronto edition, and comes as a result of a poll amongst Elska’s most loyal readers to nominate and then vote for any city in the world where they’d like to see a future Elska issue made. Montréal won the vote decisively, beating out global gay hotspots like San Francisco or Tel Aviv, showing that this under-discovered town is one of the greatest places in the world to be queer, and one that deserves to be on any gay travel top ten list.

“Montréal was always one of my personal favourite cities,” says Elska editor and chief photographer Liam Campbell, “but I never expected it to be so beloved by our readers. With a ballot that included a huge and diverse range of cities to choose from including the likes of Barcelona, Beijing and even Bishkek, I was surprised by what came out on top. But I guess it wasn’t just me who knew what a fun, free and fabulous city Montréal is. This is now our thirty-sixth featured city, and it may well have been the most fun photoshoot trip we’ve ever done, with some of the most carefree subjects we’ve ever encountered.”

‘Elska Montréal’ is the project’s first ever double-volume issue. Split between the two beautiful print ‘bookazines’ are seventeen chapters, each dedicated to a different local guy and containing a variety of photos of him and a personal story written by him. The images here are some of the most daring ever seen in Elska, revealing an incredibly open, uninhibited and sex-positive society. As for the stories, many of which are presented both in French and in English, as can be expected from this truly bilingual city, there is an intriguing mixture of bluntness and romanticism.

They reveal a population that’s very proud of their city yet also aware of its faults, an imperfect bunch in an imperfect place who are unashamed to show their town and themselves with the utmost sincerity.

To complement the launch of ‘Elska Montréal’ comes a selection of sixteen unique Polaroid photographs which were taken in the city by photographer Liam Campbell and assistant Robb Muse. The proceeds from the sale of these will go to charity, divided between the Peter Tatchell Foundation and Rainbow Railroad, and buyers will have the chance to select what proportion of their donation gets split between each of these organisations.

Liam adds, “This is our first charity endeavour, but hopefully it will not be the last. As our publication continues to grow, I am happy to be able to share some of our success. And as a project devoted to focusing on LGBTQ communities all over the world, I feel it’s important to help our queer cousins as much as possible. Indeed one of the lessons I learned from the men I met in Montréal is to recognise how lucky we are to be gay in the West, in a country like Canada, and we shouldn’t let ourselves forget that others aren’t so fortunate or so free.”