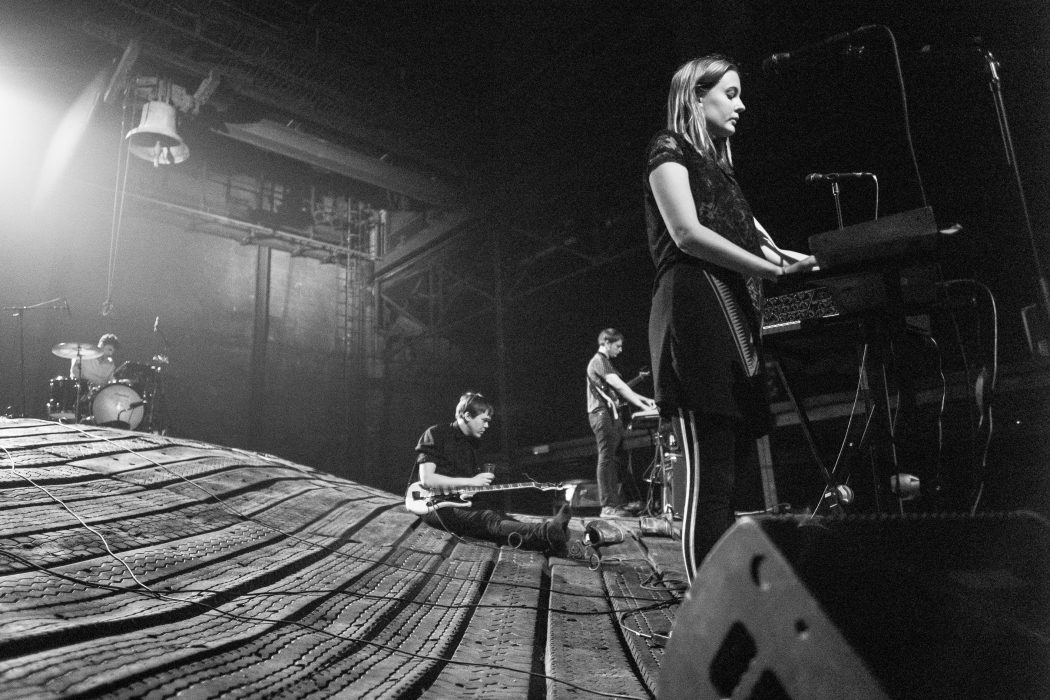 Saigon began as an experiment in Berlin in 2011, made up by childhood friends Linus Hillborg, Siri Jennefelt, Oskar Carls and Dennis Egberth, with the common expat lifestyle of short term living translating into a more lo-fi approach to their productions, using whatever equipment they could find, the music a mix of post-punk, synth-pop and shoegaze. Their new album ‘IIII’ serves as a retreat from the group’s usual experimental, overdub style of recording. This time around, they have captured their sound live, as a single entity – the more outward manifestation of Saigon known from their stage performances, the result rawer and stripped down than earlier releases, without shying away from the characteristic blending of machine-like rhythm, eerie synthesis, screeching guitar and playful hustle that is Saigon. Sharing their sonic influences, from Scottish rockers Cocteau Twins to ambient pioneer Hiroshi Yoshimura, the band put together an eclectic mix including an introduction to their latest album.

“This mix is an eclectic combination of our respective influences – we are four different persons working together, with different gateways into music. The first track is from our latest album, ‘IIII’, which was released just last week. Following that, we go into a myriad of tracks and genres which inspires us, from Norwegian synth and post-punk from southern Sweden to forgotten polish funk gems and Japanese minimalism, ending with an ambient electronic dissipation. Keep an eye out for unreleased tracks featuring other projects of ours.”