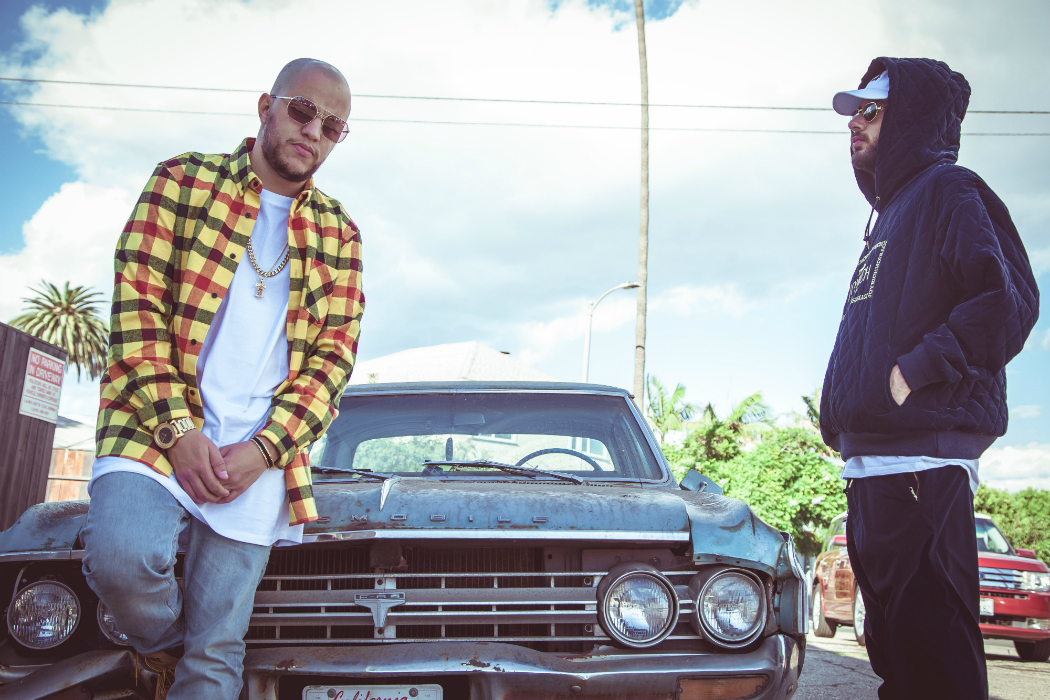 Another week, another load of TCHNO SHT lovingly selected for KALTBLUT by French duo Amine Edge & DANCE. As the title suggests, the guys have put together some of their favourite old school techno tracks, including Daft Punk, Laurent Garnier, Dave Clarke, LFO and Halo Varga. Amine Edge & DANCE have taken the dance world by storm with their ground-breaking sound and high energy shows. Mining the musical spectrum and taking inspiration from early House, Philli Funk, 80’s Hip-House and everything in between, the two bring their own cross-genre blend of Tech and House to clubs and festivals across the globe. Hit play and read more on Amine Edge & DANCE’s selection of classic weekend tracks.

Paperclip People – ‘The Climax’
“We can’t do a classic Techno chart without talking about Carl Craig, this track is huge, he also did another track under the name of Paperclip People called Throw which is the most famous and is extremely good too.”

Daft Punk – ‘Rollin’ And Scratchin’’
“The Frenchies who inspired the world, it’s the first track I heard from them that I was crazy about it, way before the album Home Work came out. My mentor back in the day got a promo copy from Soma records, a few months after I heard Da Funk on the radio and Daft Punk as we know them were born.”

Halo Varga – ‘Future’
“Labels like Siesta, Tango etc.. were massive in my hometown Marseille, everyone at the time played this new sub genre that we now call Tech-House . Future from Halo Varga is so hypnotic and the constant rhythm loop is the best loop ever.”

Joey Beltram – ‘Energy Flash’
“Big fans of Joey Beltram, my first love with techno actually, this is a favourite. The acid bass, the strings coming after and the voice saying “ecstacyyyyy” – so amazing.”

Laurent Garnier – ‘Flashback’
“It’s very hard to choose just one good track from Laurent Garnier, he is the French king of Techno.”

LFO – ‘LFO’
“This track is a major track in the UK scene, he influenced so many artists and therefore the sound of the UK alongside Orbital and Future Sound Of London – we’ll love it forever.”

Ron Trent – ‘Altered States’
“That TR-909 is saturated just as it should be. A legendary track from Ron and Armando was there to help. One of the biggest classics.”

Steve Poindexter – ‘Work That Motherfucker’
“It’s one of our favourite ghetto tracks, this “work that motherfucker” is in my head forever now!”

Slam – ‘Positive Education’
“Slam are one of the kings of techno, this track is probably their biggest classic, it’s influenced a lot of people.”

‘FCK UR OPINION’ is out now on DESOLAT