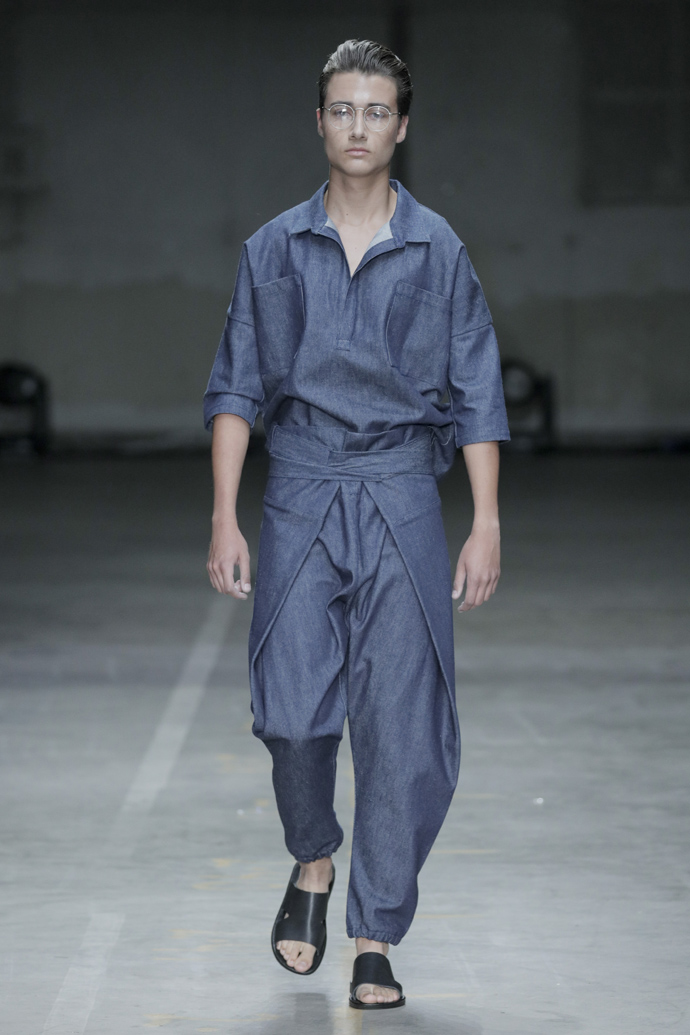 One To Watch from Fashionclash Festival 2017! From Poland to Maastricht or: An Army of denim. NENUKKO stands for introducing good clothing design for a modern man and woman. NENUKKO collections are vegan. Each NENUKKO piece is created to satisfy those who have the taste for unusual clothing style. We had a litte chat with NENUKKO. 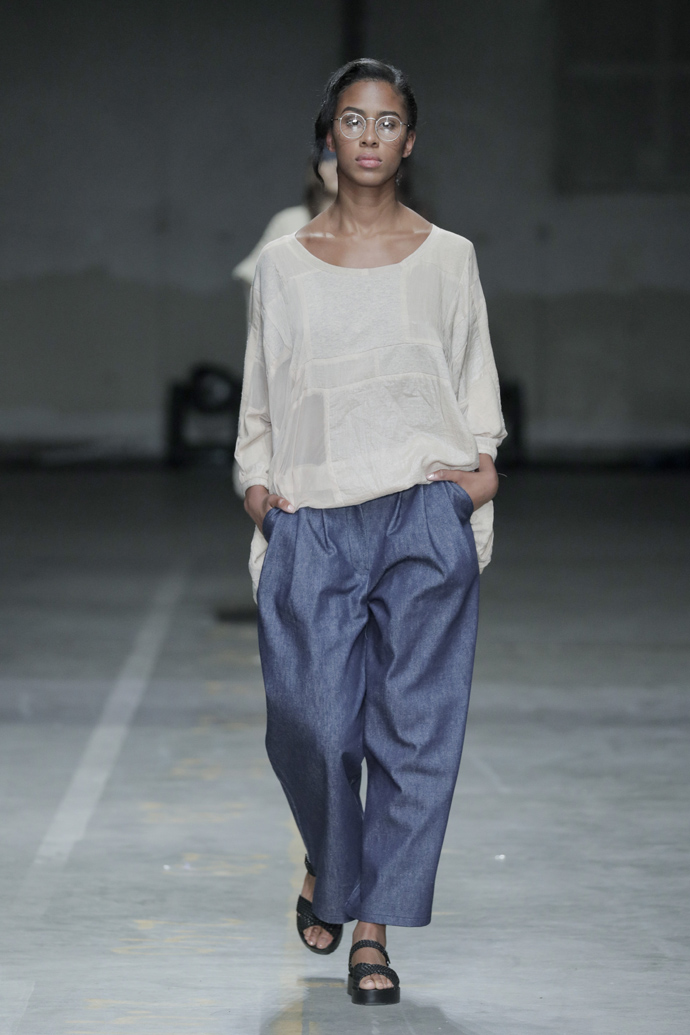 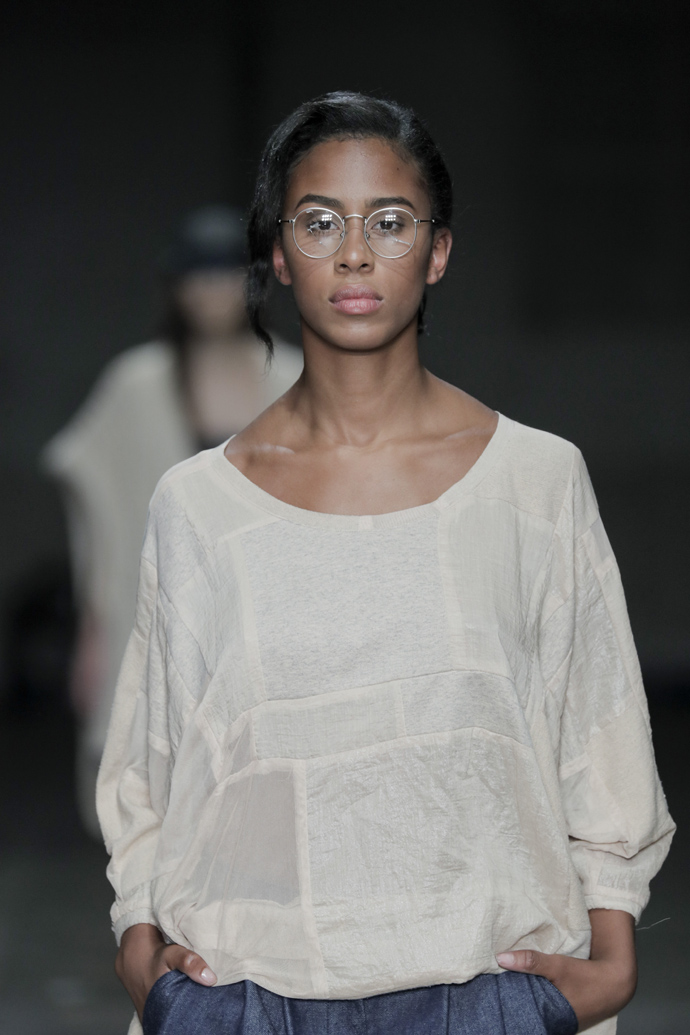 KALTBLUT: Does fashion makes sense?
NENUKKO: It depends on the context. Clothes can serve people in many ways, for example as an uniform (in a workplace), a cover (form the weather factors), a theatrical costume (to built a character), a symbol of social status (when worn according to a particular dress code), or become a political statement (if they promote someone’s views). It’s equally related to designer’s and wearer’s intentions. Designer gives the tools which the wearer can use or not. 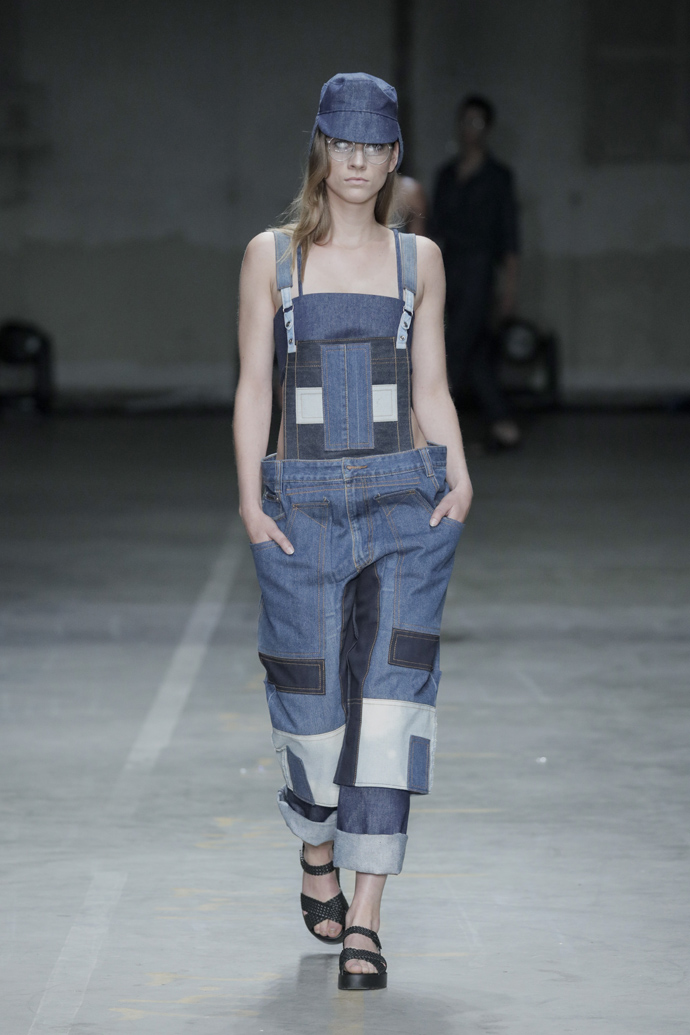 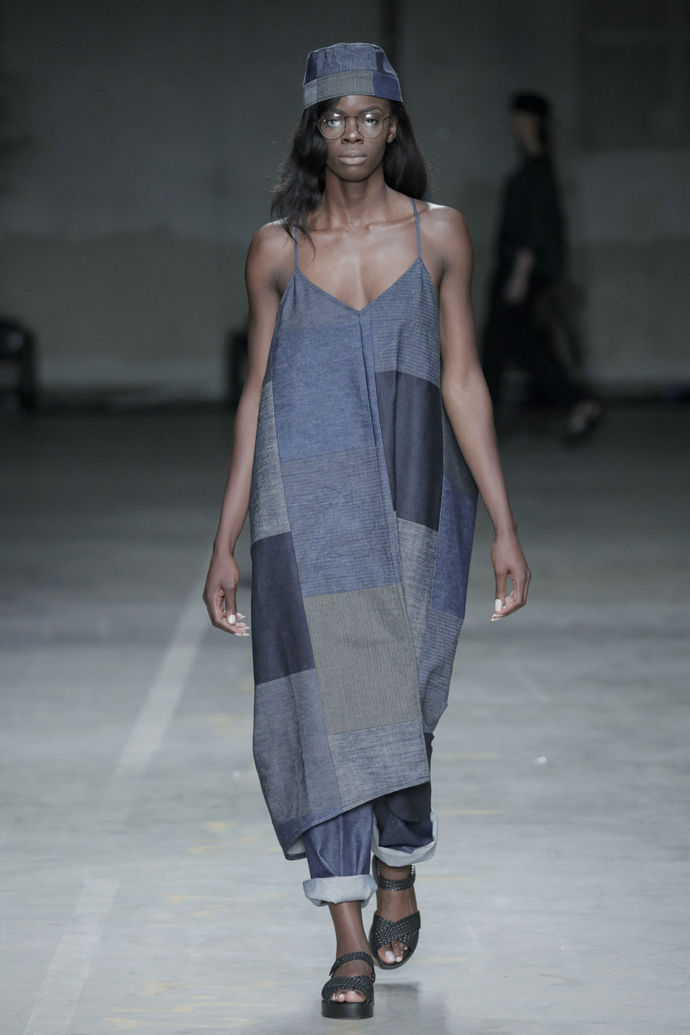 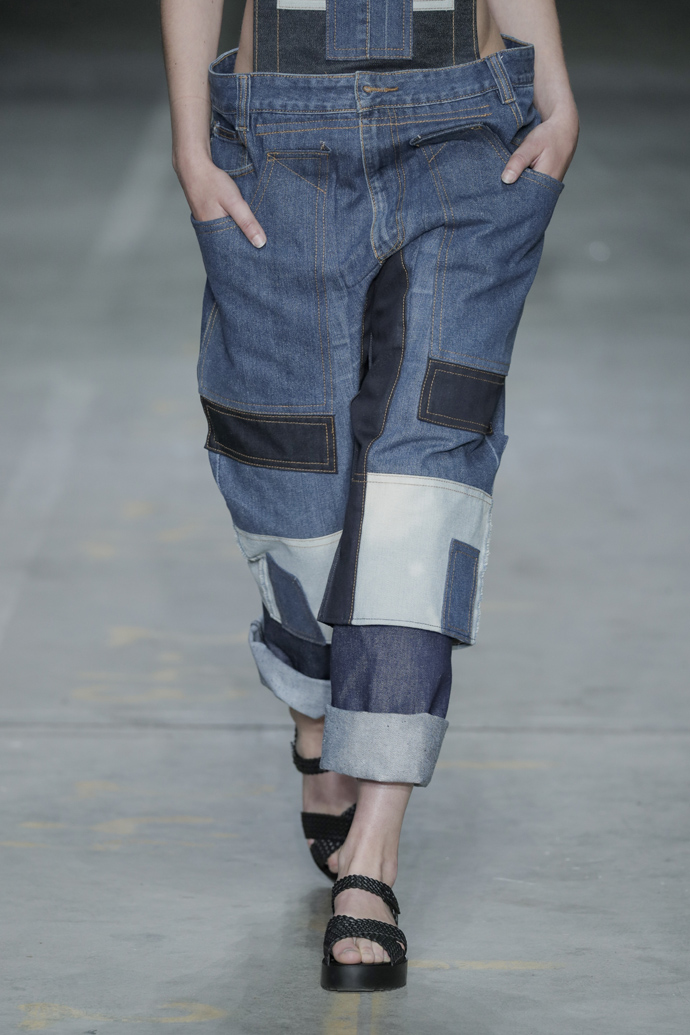 KALTBLUT: Hello. Welcome to KALTBLUT. Why have you decided to participate at FASHIONCLASH Festival?
NENUKKO: It was a great opportunity to present our style in more expressive way. Runway show experience is totally different form seeing image pictures, lookbook or static display. Music, space and movement add new dimensions to the whole concept.

KALTBLUT: Can you tell us something about the collection you presented at the FASHIONCLASH Festival 2017? What was your inspiration?
NENUKKO: We tried to define contemporary state of mind considering current political, economic and social issues in Europe. After hours of talking our conclusion was that it became so difficult to face the world, that some people really feel like hiding from it. This sense of escapism reviles itself – among many others – through a lifestyle, apartment arrangement or clothing. More and more people have a need to hide in a “cocoon” to keep relative mental balance. Our “Interlude.Disrupted” project presents 14 different looks that may be used as a kind of shield from the outside impact. Most of the shapes are oversize to leave the space between the skin and the fabric – wearing them feels a bit like staying in a tent. Some looks are layered which seems like someone desperately wanted to cover up his body. We have also used patchwork fabric in the collection which is meaningful considering how long it takes to make a piece of clothing out of it. It shows how much some of us need a fence around them – regardless of time and effort. 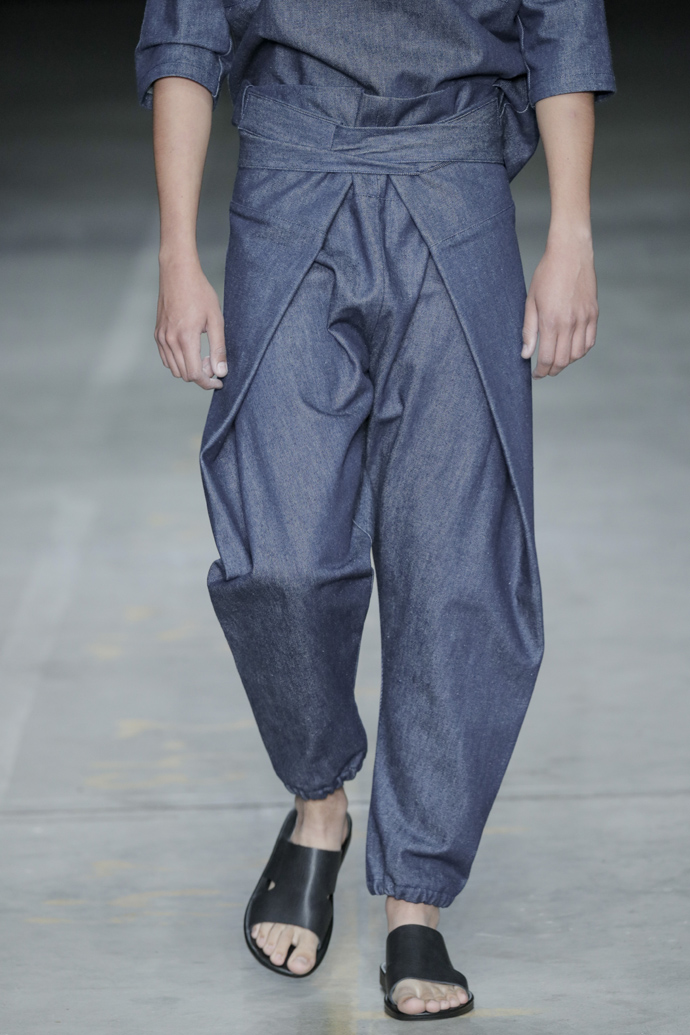 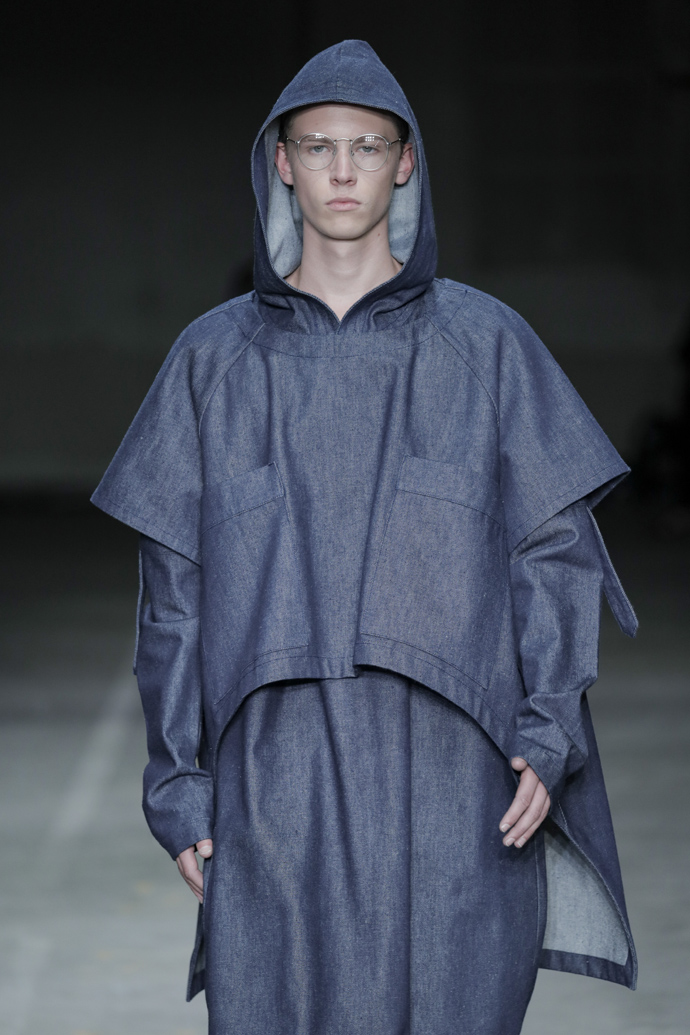 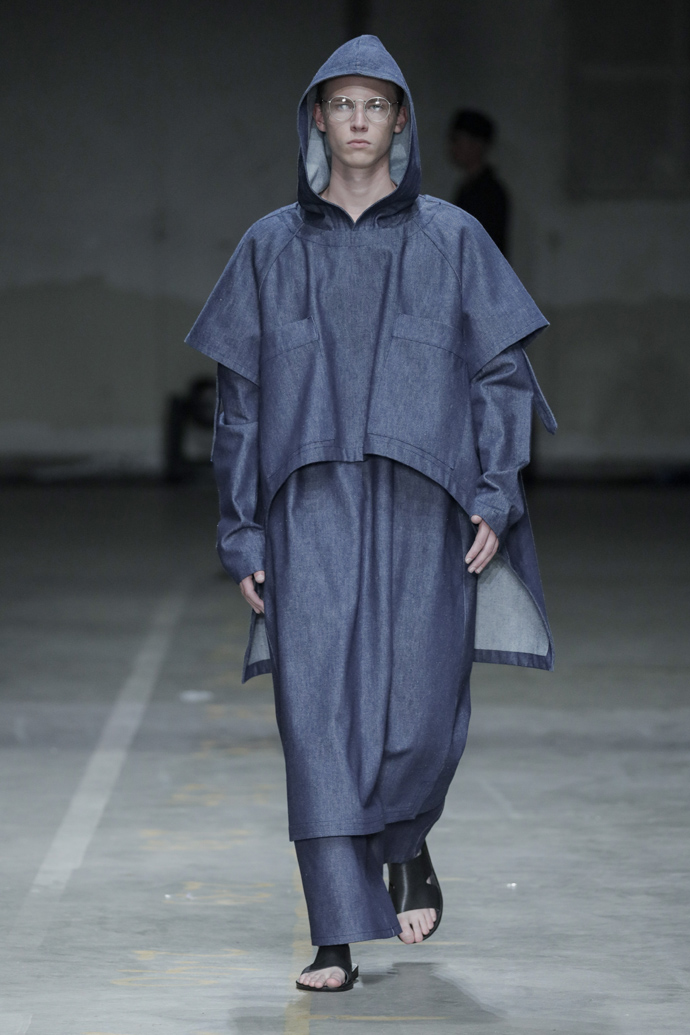 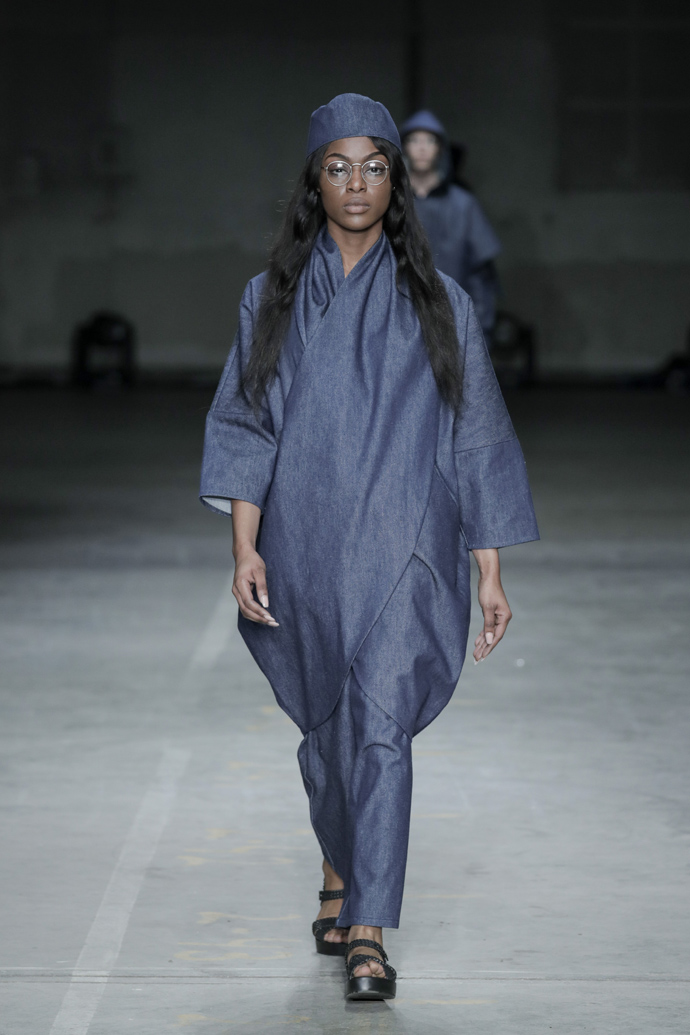 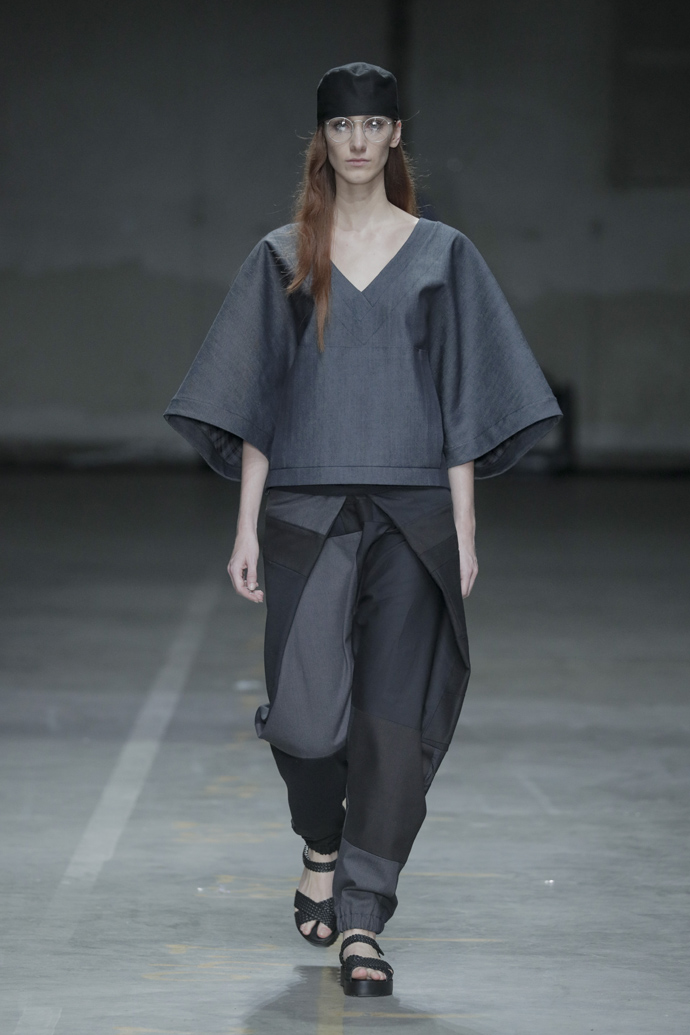 KALTBLUT: What kind of material did you used for the collection?
NENUKKO: Mainly denim in indigo and black. We have one piece made of knitted cord and single white terry blouse.

KALTBLUT: What challenges did you face during the design process?
NENUKKO: It turned out that making a patchwork piece from used pieces of clothing is not as easy as cutting it out form a raw material. We had to respect technical differences between the fabrics and use them wisely to create something fresh and new.

KALTBLUT: How would you describe your self and your work?
NENUKKO: Our aesthetics is a mixture of minimalist elegance and urban casual. Some customers describe our style as “contemporary monk”. 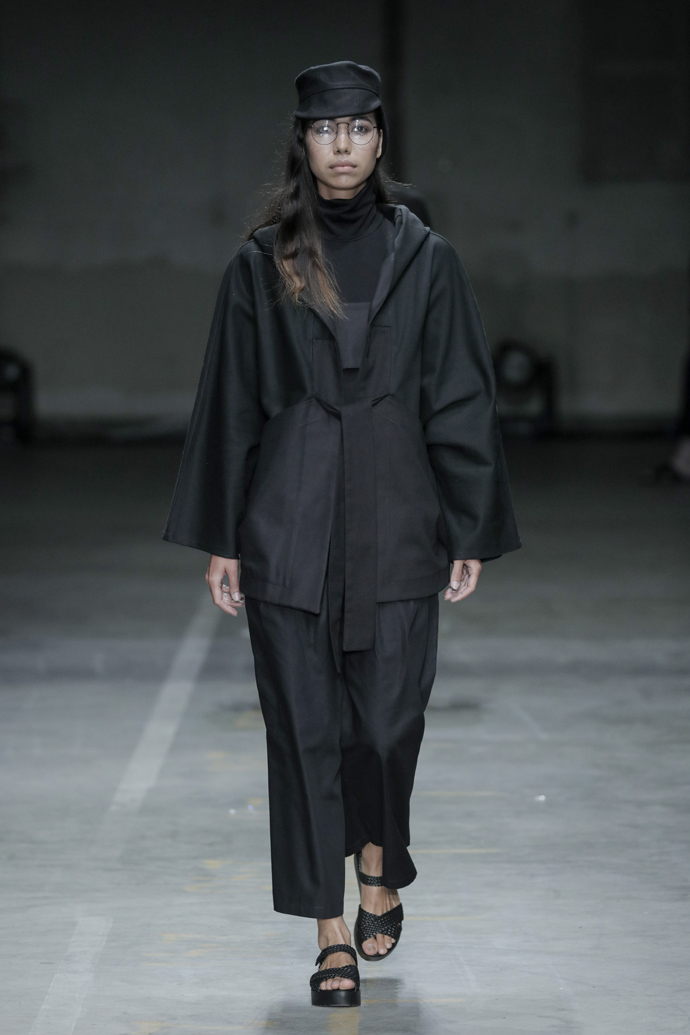 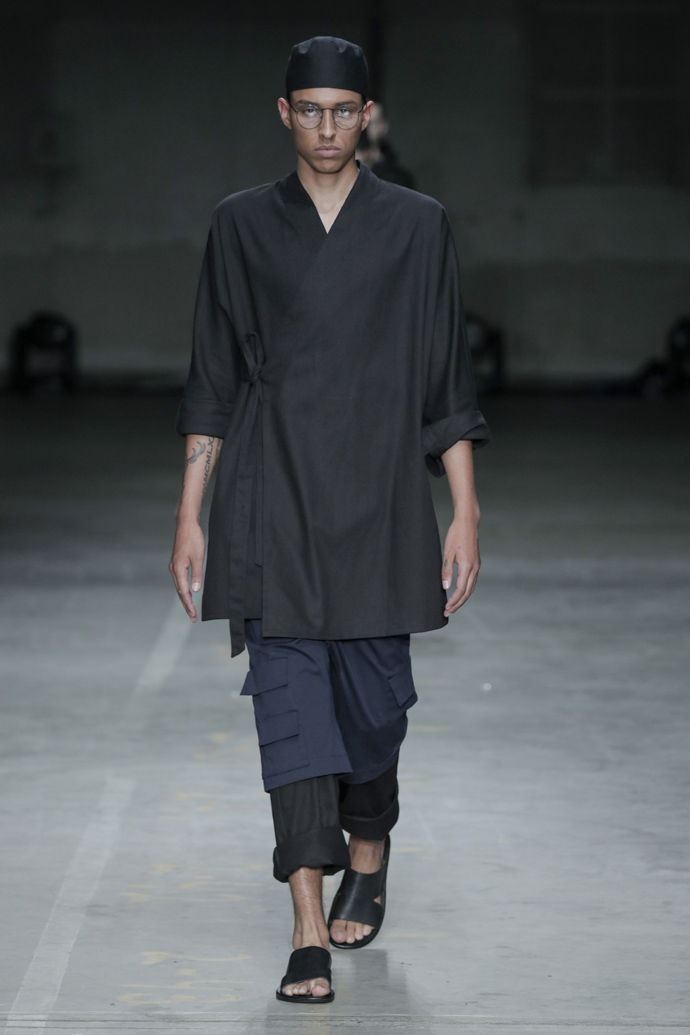 KALTBLUT: What would you say that is the biggest influence to your design process?
NENUKKO: If you’re asking about the creative part there are no rules. There is no particular factor that has influence on the process. We simply keep our minds open.

KALTBLUT: If you had not become a fashion designer, what would you do instead?
NENUKKO: Probably an illustrator or scientist.

KALTBLUT: Who’s your dream client?
NENUKKO: Any person that understands our aesthetics is equally important to us. 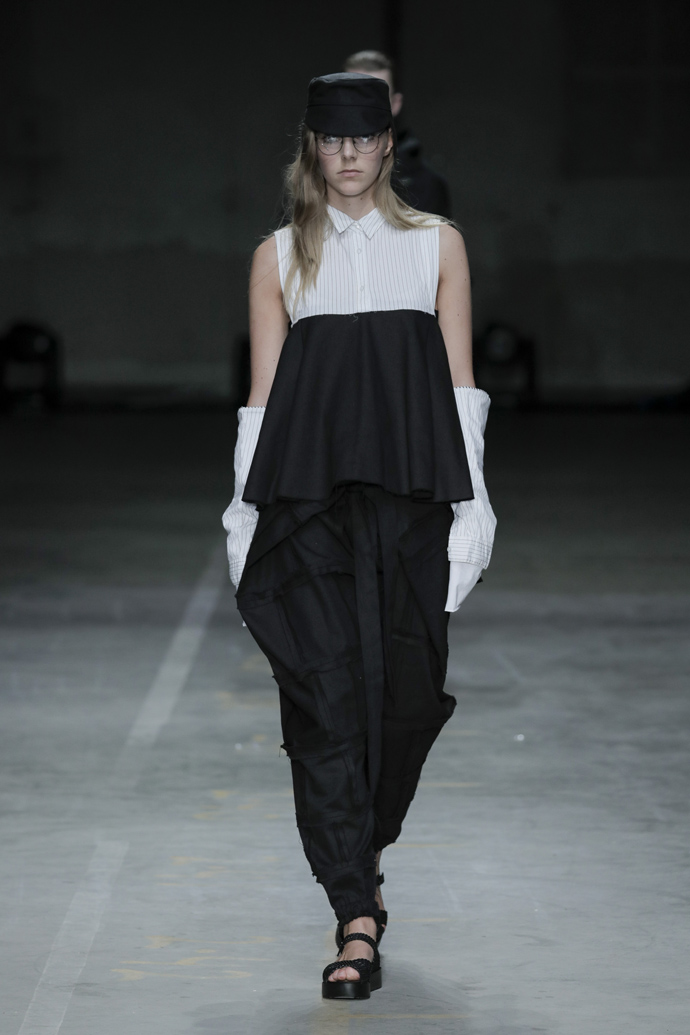 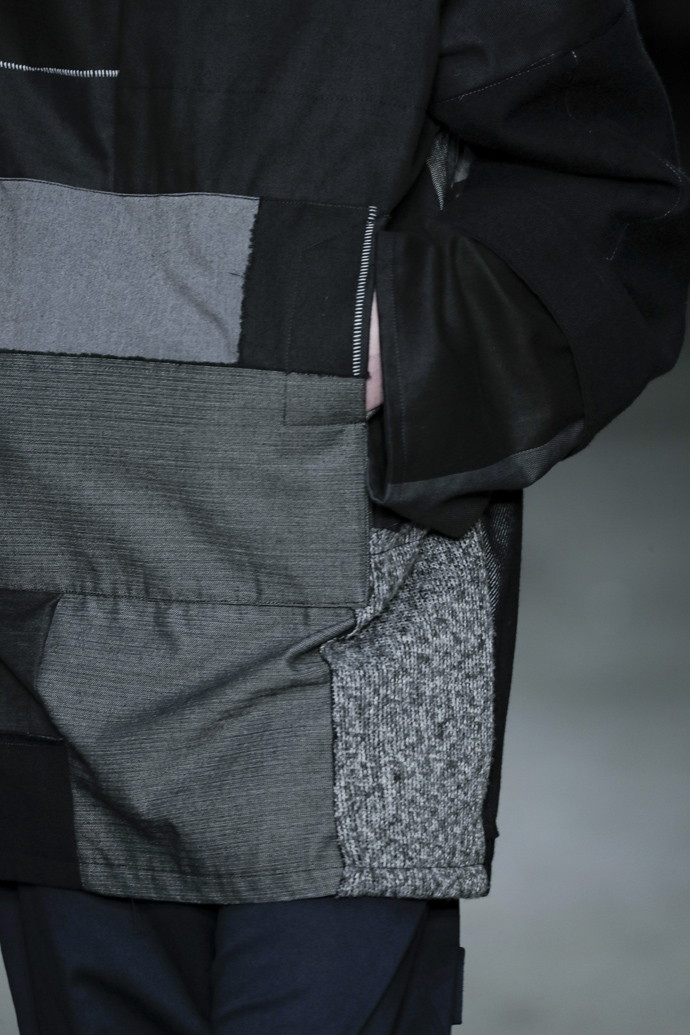 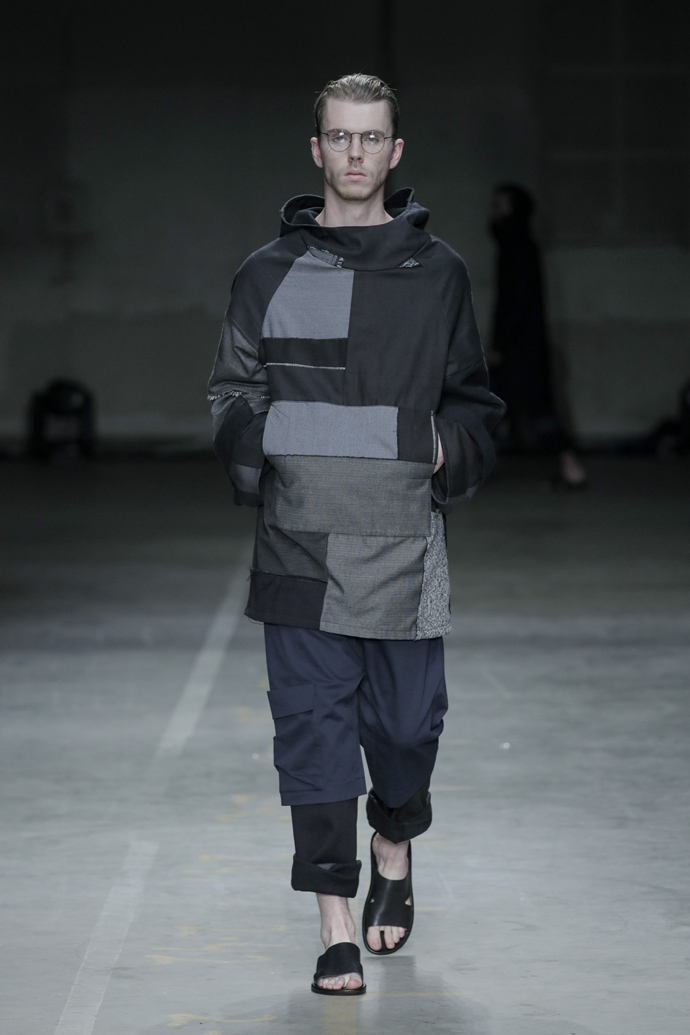 KALTBLUT: What was the first item you have ever designed? And who was the lucky one to get it?
NENUKKO: Low crotch pants made of black poplin. It was our friend, a photographer, who wore them for his exhibition opening. We got our first orders same evening.

KALTBLUT: What can we expect from you in near future?
NENUKKO: New collection for AW 2017/18 will be available in September. We expect that the image campaign will arouse some controversy since we’ve worked with Polish feminists – the founders of Dziewuchy Dziewuchom group and pro-choice movement. Our policy is to speak about important issues through our brand so it’s pretty amazing that the girls agreed to collaborate with NENUKKO on that level. The pictures were taken in Warsaw by photographer Aga Bilska. 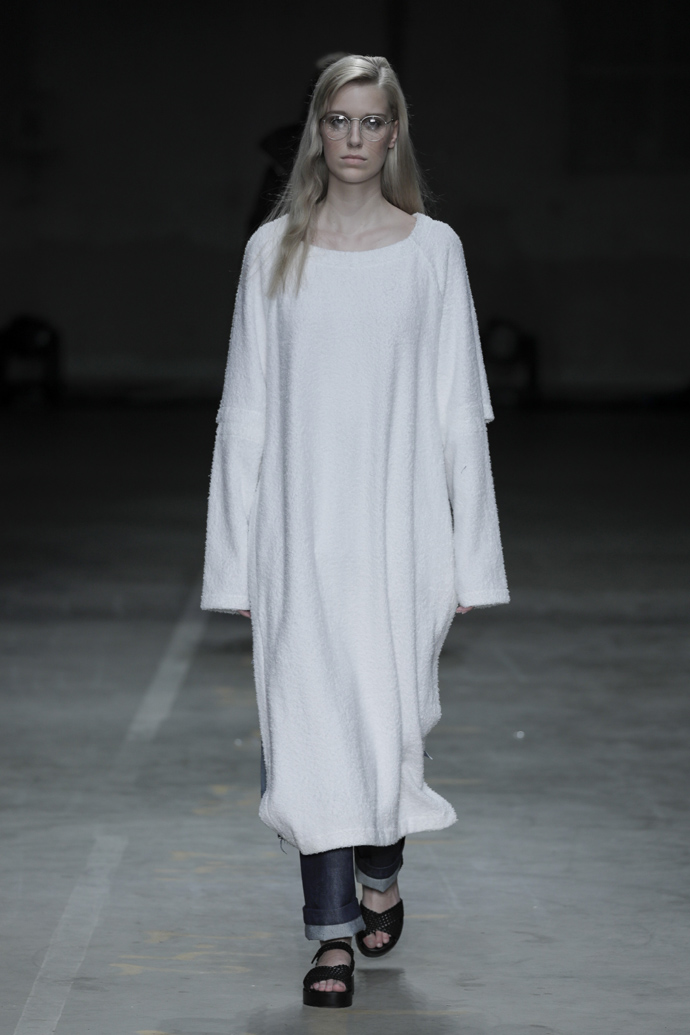 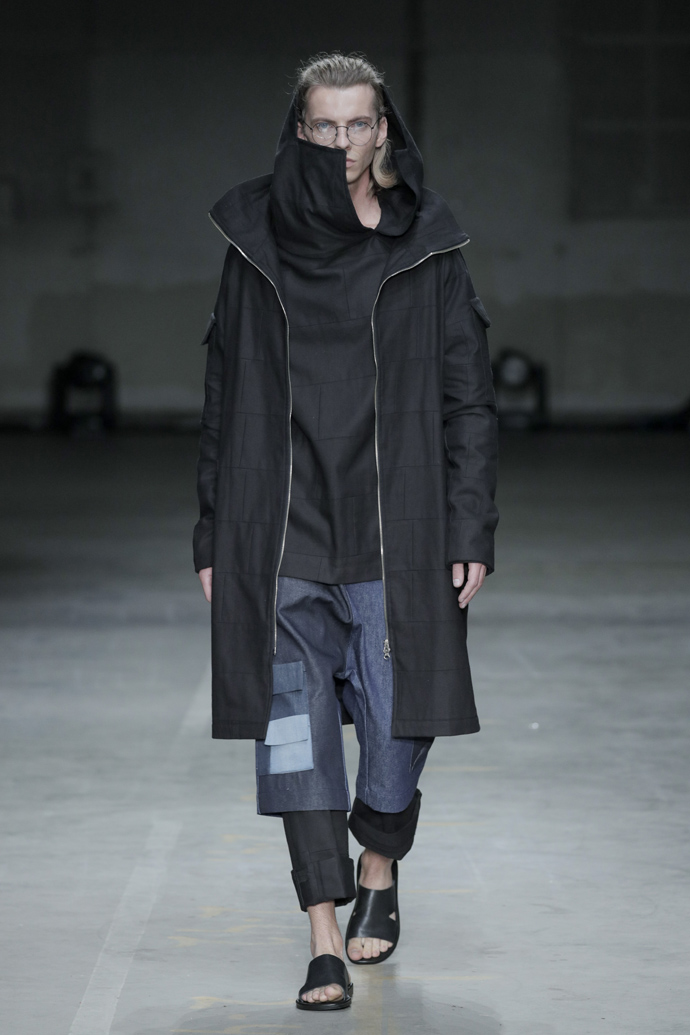 KALTBLUT: Where can we buy your fashion?
NENUKKO: At nenukko.com or in the NENUKKO Store / Warsaw. If you ever come to the capital of Poland don’t forget to visit Mysia 3 street. It’s the best selective shopping mall in the whole country. This is where you’ll find us. 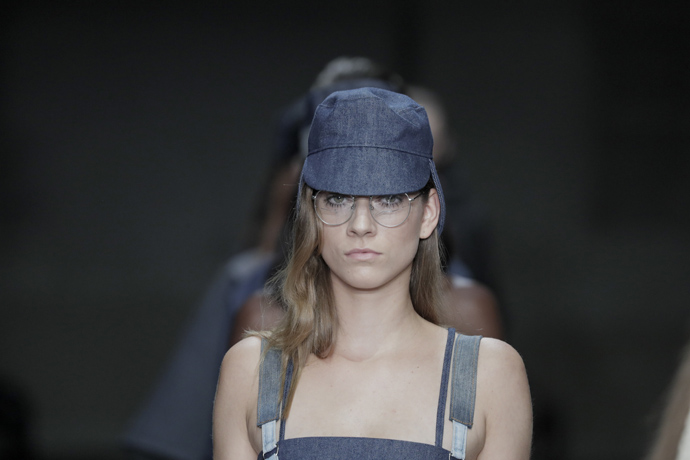 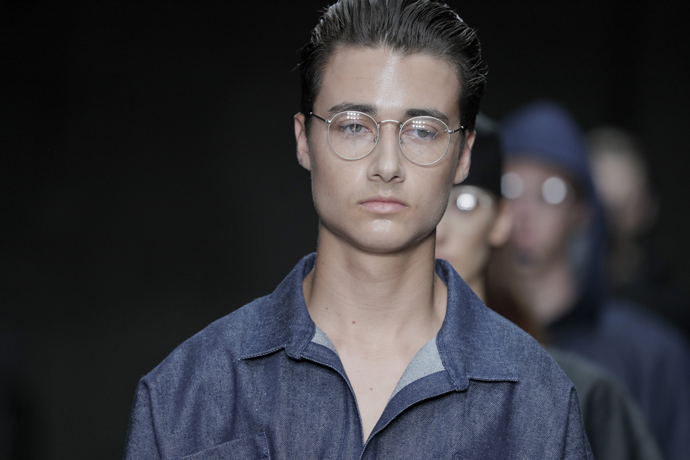