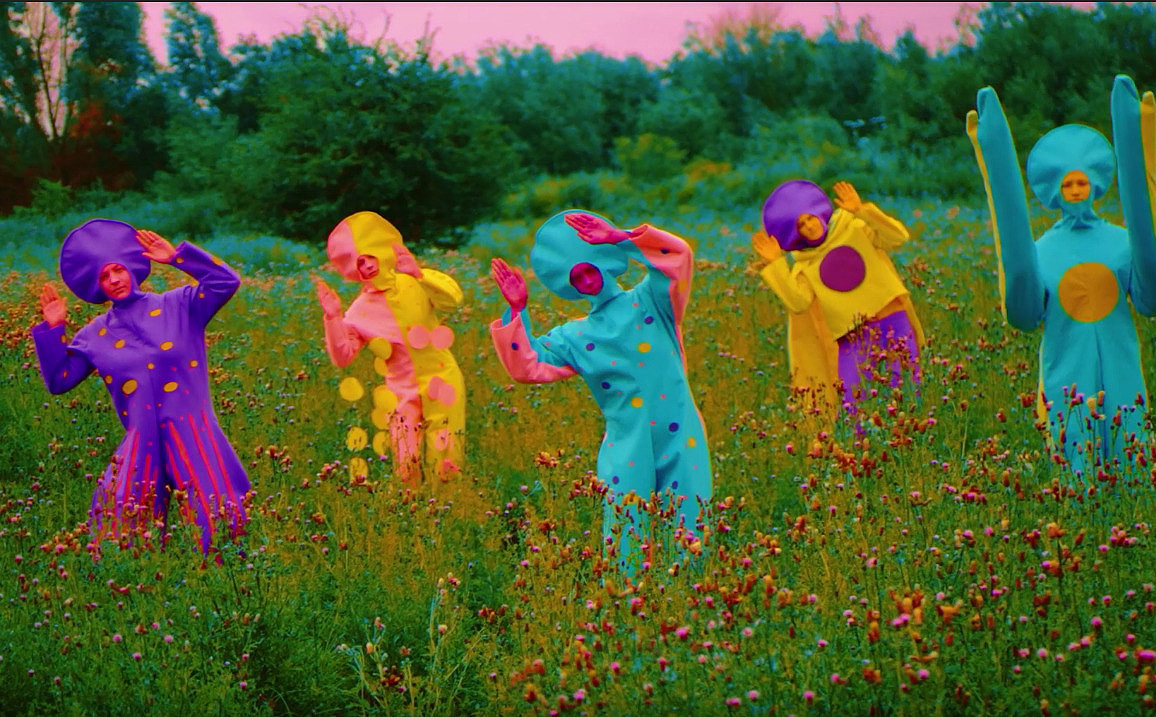 ‘Five creatures, A Butterfly and a Swan’ by Sanja Marusic

#ArtInjection! The young photographer Sanja Marusic is a very productive artist, who’s never afraid to experiment. Yet with 10 series on her name, she stills finds time to explore new grounds. Marusic been experimenting with film before. She made several music video’s and presented her first shirt movie ‘Moonflight’ in 2017, in which she was dancing in selfmade costumes herself. Followers of Sanja’s work know that most of it consists of self-portraits. In her latest work though, a short video, she sets the bar even higher.

This time Sanja decided she wanted make a short movie of a group of creatures moving and floating around in an alienating world, organically transforming. In order to do so, Sanja found the perfect partners in the dance group MANCO. After designing the costumes herself, Sanja and MANCO took off to experiment in surrealistic landscapes. The visual aspect of the video was leading in the creating proces and therefore Marusic created the sounddesign after the edit. This way the sound follows the movements, which contributes to the intuitive vibe and feel of the video.

The result is ‘Five creatures, A Butterfly and a Swan’, a 4 and a half minute long psychedelic esthetic trip through an unknown body of space and time. The setting is a non existing world created by Marusic by color-grading and the landscapes. But even in this uncanny signature Sanja Marusic world there is a hint of reality to be found. If you look closely you might spot a passing butterfly and even a swan. We see five characters dancing and flowing in alienating world, as we follow them on their journey towards the water while they slowly transfigure from cold, robotic creatures into beautiful, vulnerable human beings.

Sanja Marušić (1991) graduated in 2013 with an honorable award. Ever since, her work has been received very well internationally and was featured in many great newspapers and magazines, including The New York Times. In 2017 Sanja published her first photo book of Collected Works.