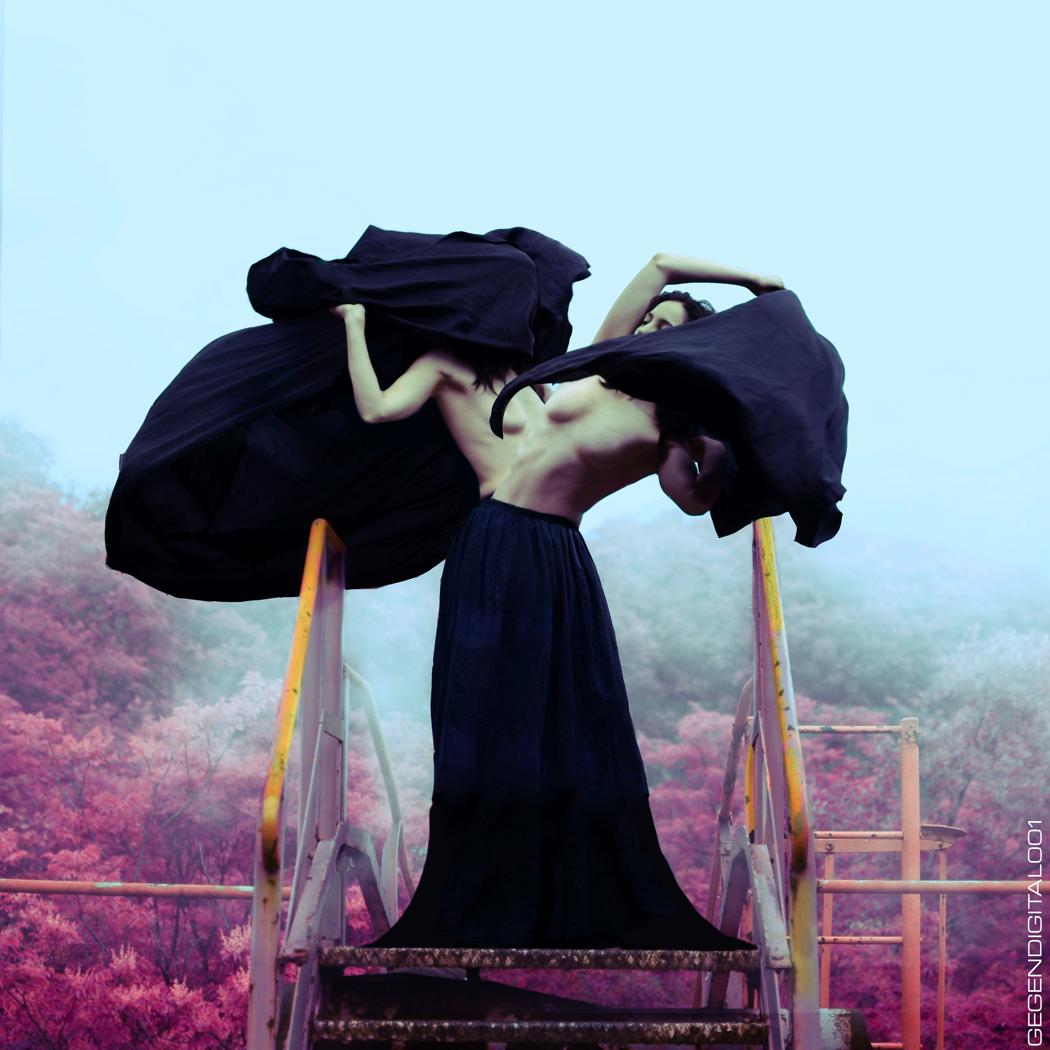 Our friends from Gegen records are coming to save 2020 with their new release: GEGENDIGITAL001. While waiting for the full album next Friday, turn up the volume and get a taste of the cake before the drop. The story continues and with this digital-only-release, they are turning to what GEGEN is best at: crossfading of queer social criticism with body politics with glimmering and dangerous beats. Flint*ernational explosion: GEGEN is thrilled to present you a massive line-up of all-female (and beyond) techno producers: The German-Polish DJ-duo 2XNI uses an arrangement of distorted and disturbing voices, while Berlin-based legendary MONYA experiments with insane beats. 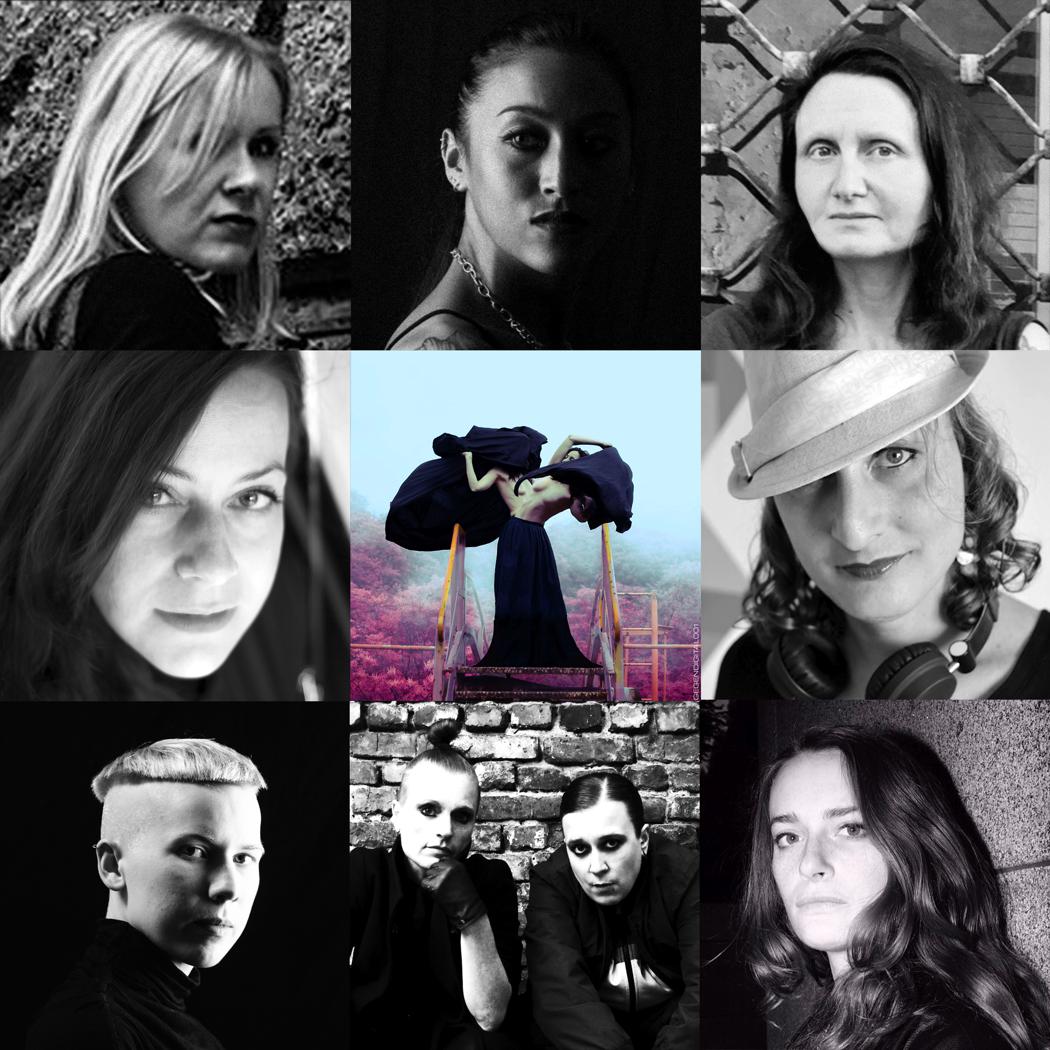 MADWOMAN
Swedish/ Italian madwoman is a Berlin-based selector & producer armed with a heavy artillery of
hard-hitting and distinctive industrial sounds with psychedelic influences. She has released solid
material on labels like Ismus, Brvtalist Sound Recordings and Khazad to name a few.
Instagram: @madwoman_music

EASTEL
EASTEL is dj, producer, live performer, and founder of HeartsWhispers records. Resident of Eradys-records. In her live performances, she incorporates several classical instruments like piano, violin and
trombone in order to express her unique style, which means melting different emotions and
universes on a base of industrial techno. She recently made a remix of Paula Temple ‘s ”Joshua & Goliath” track on Noise Manifesto. She is supported by RyujiTakeuchi, Endlec, Neil Landstrumm and more. She has played in parties and emblematic venues in France such as the Rex Club, Concrete, in
UK, Germany and Korea alongside artists such as Clouds, Perc, AnD and Snts to name a few.
Also for United We Stream x Arte Concert alongside Manu Le Malin.
Instagram:@eastel__

ESTHER DUIJN
Esther Duijn’s sound is characterised by the legacy of techno and (acid) house music. Growing up in The Netherlands shaped Esther’s music as she absorbed the rich Dutch scene of the time. Having released on labels like Gegen Records, Coincidence Records & Exquisite Music, for example, solo and together with Steady Douglas as “Duijn & Douglas”, Duijn has shown her skill as producer and DJ, with over 40 (vinyl) releases under her belt world wide. This has not gone unnoticed by the scene, earning her a residential DJ slot at the mighty Tresor & Gegen in Berlin and (regular) appearances at Pornceptual, De School, UNTER NYC, Freerotation Festival, Lantern Beijing, Panoramabar and Trouw, etc. In 2017 she was asked by Resident Advisor to do a tour in Australia together with Skatebård. Esther is running an all-vinyl label, stream & event called “Another Earth”. The stream is hosted on Red Light Radio Amsterdam & HÖR Berlin. She loves to mix the old, the new, the rare, the deep, and the raw parts of electronic dance music to brilliant effect, never compromising on the groove. Maintaining a steady flow while staying true to the roots of Chicago house and Detroit techno. Esther also draws influence from (acid) house & (acid) techno, ghettotech, hardcore, electro, breaks, EBM, disco, and dub techno
Instagram: @estherdune

MONYA
Originally from Poland Monya is already based for over a decade in Berlin. Since 2009 with her hard work and determination she has seen a quick rise through the techno scene. This being visible by her playing alongside the most known and respected artists with gigs in New York, Spain, France, and allover the world. She played many Times in Tresor and at the coolest underground Parties. She found her support from producers like Perc, Bas Mooy, Rebekah, Steve Stoll, Jeroen Search, Mike Parker on several of her own releases. She released her first album for BCR in 2013. In 2014 she launched her own label ‘Corresponding Positions’. Followed by the successful growth of the project, she involved herself in supporting new faces of the scene by realizing their fresh and powerful sounds. She shows her biggest passion for industrial techno but doesn’t keep her productions in one range. A different approach and experimental sounds are easily visible in her Live sets. With her enthusiasm for electronic music she continuous to learn and grow every day.
Instagram: @monya_music