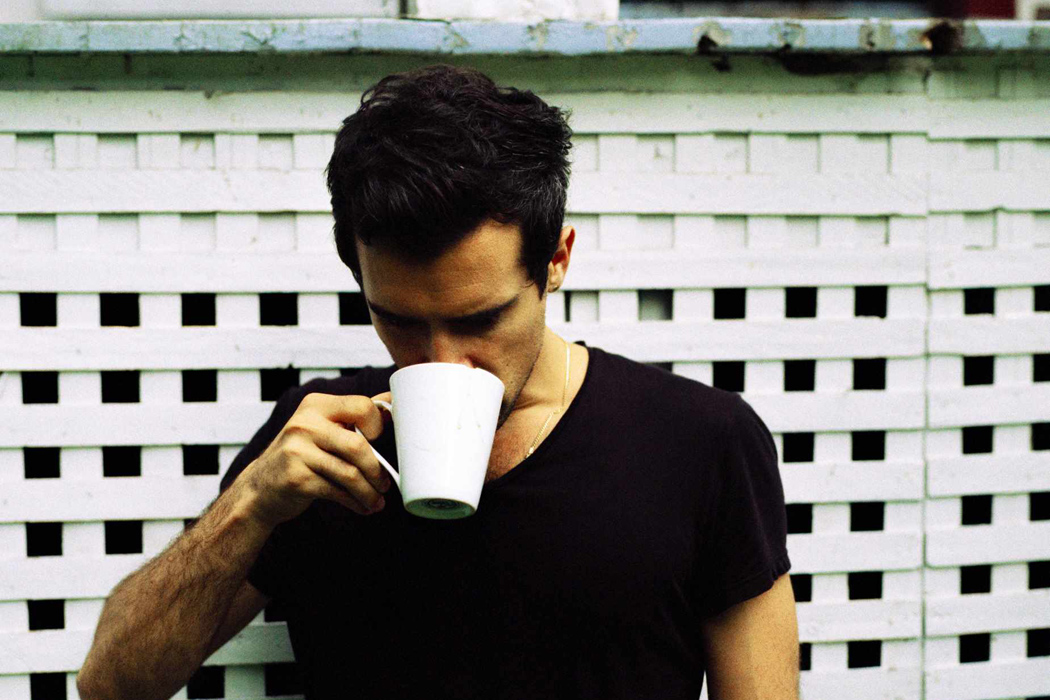 May I introduce you to Gabriel Rios and his new video and song: Song No. 7?! Taken from his upcoming new album “This Marauder’s Midnight” to be released via Sony Jukebox in April 2015. Do not miss his live gigs in Germany: Feb 26th Berlin – Privatclub, Feb 27th Hamburg – Mojo Jazz Café and Feb 28th Haldern – Pop Bar. And we giveaway 5 Single Vinyls! Send an email to mschlutt@kaltblut-magazine.com to get them.

Plus we have a free download for you the Jimi Hendrix Cover “Voodoo Chile”
www.myplaydirectcrm.com/fc/gabriel-rios/19d1b/ 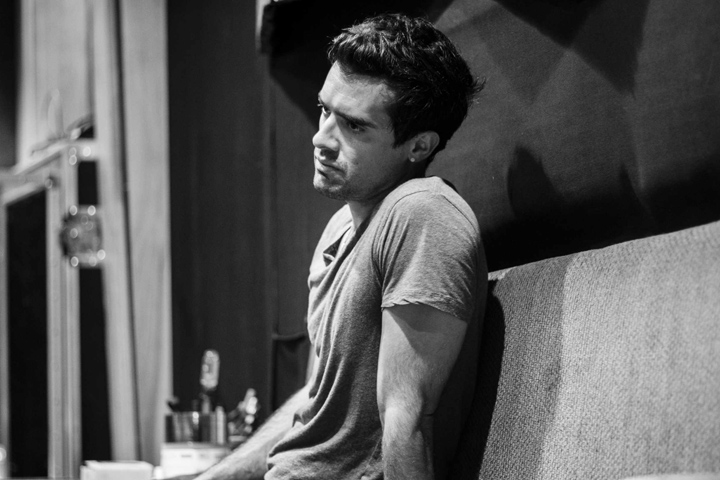 Twelve months ago Gabriel Rios (36) started posting a new song on his website once every month. These twelve tracks constitute his fourth album This Marauder’s Midnight. Making an album has never been so relaxed, with Gabriel building it up bit by bit. In order to find the inner tranquillity needed to write these songs he moved, ironically, to one of the most buzzing cities in the world, New York. Retiring to Chinatown worked remarkably well for him. He could be on his own when needed, he re-invented his identity as a singer-songwriter plus he met two Dutch musicians with classical music training with whom he found instant rapport, both on stage and in the studio: Ruben Samama (double bass) and Amber Docters van Leeuwen (cello). Songs were written on weekdays and presented to a small audience in weekends, in the intimate Rockwood Music Hall in New York. Just like the clips on his website the tracks of this album were recorded live, which is something Gabriel had not set out to do before, as he did not dare to sing and play simultaneously. For these songs, in this setting, this modus operandi has worked brilliantly, creating a warm and natural atmosphere, not in the least because of  Gabriel’s wish to use natural instruments, especially those made of wood. The first six tracks he recorded with Samama acting as producer, arranger and mixer in a small, wooden Protestant church in Woodstock, just north of New York. The remaining tracks were partly recorded in beautiful old studios, in Hilversum (The Netherlands) and Mol (Belgium).

Puerto Rico-born Gabriel Rios has now moved back to Gent in Belgium. At eighteen he left his native country to court a Belgian beauty and to study at the Academy of the Arts (painting and sculpture). Eventually a third art form stole his heart, music. Contrary to the punk-rock he played in Puerto Rico, the songs made in Belgium rose to great heights when he concocted a sizzling improvisatory melting pot of latin rhythms, hiphop, electro, ragga and rock. Instant success came his way when he recorded his debut Ghostboy in 2004, in collaboration with producer Jo Bogaert (who was behind Technotronic’s worldwide hit single Pump Up The Jam). That album sounded like Manu Chao eating a Bounty and the single Broad Daylight soared in European charts. This song opened many doors for him and popped up in a diversity of contexts. Not only did it fit perfectly in a commercial for orange juice, but also it was handpicked by Dutch director Theo van Gogh as the opening track for the movie 0605 about the murder of politician Pim Fortuyn. 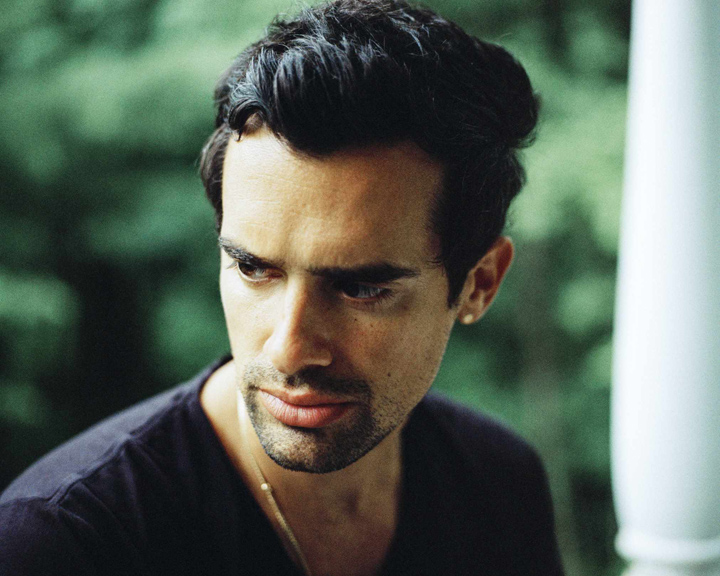 The track is, like many other Gabriel Rios songs, a lot darker than many people initially would have expected from this handsome singer from the sunny Caribbean. Surely there will come a time when he releases that latin album, fully in Spanish, as that music is lurching in his genes, brains and belly, but on the albums that Gabriel released after Ghostboy, he first and foremost developed himself into a sensitive man, with a sharp outlook on the world around him, and with a special devotion to purity, to acoustic instruments and the immense possibilities of his voice, including ventures into its higher regions. After Angelhead (2007) this development has led, via 2010’s The Dangerous Return, an album that he manufactured with virtuoso piano player Jeff Neve and the playful percussionist Kobe Proesmans (even including a whiff of opera) to the present album This Marauder’s Midnight. Here the modest singer-songwriter/guitarist achieves a stunning intimacy, the simplicity of which proves to have been misleading after its first couple of spins. 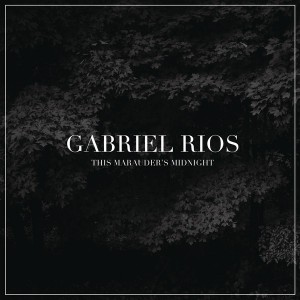 The new album is characterized by its exceptionally warm sound, which all revolves around the interplay of voice and instruments, of words and ever-changing moods. His guitar is  acoustic only and the atmosphere is straightforward and honest; his sometimes narrative songs are increasingly timeless and will no doubt be able to stand the test of time. The process of stripping the songs, creating fitting arrangements and finding the right words proved to be quite lengthy with Gabriel holding on to his songs and declining to record them until all additions, going as far as including French horns, felt completely natural. The first track to be released was Gold, which he didn’t expect to be embraced by radio stations: it became his biggest hit in Belgium so far!  It was chosen as the first single as the song deals with song-writing as such, and also because it is representative of the other new songs, which are linked by recurring themes like changes and  constant search. To Gabriel song-writing is like fishing: it often takes a long time, in the process there is no way to force things, but being in it is the only way and that feels right. For quite some time now he has refused to take up anything in his musical career that doesn’t feel right. If he were to stray from this path, his body and soul would strongly protest. Gabriel follows his soul, and in doing so he artistically makes the right choices, of which the beautiful This Marauder’s Midnight is a stunning reminder. The physical album has been released as a CD format hard-cover book, including a bonus CD  with live versions of all the tracks and on top of that a short story written by Gabriel Rios and Keith Godfrey, illustrated by the artist Tinus Vermeersch. 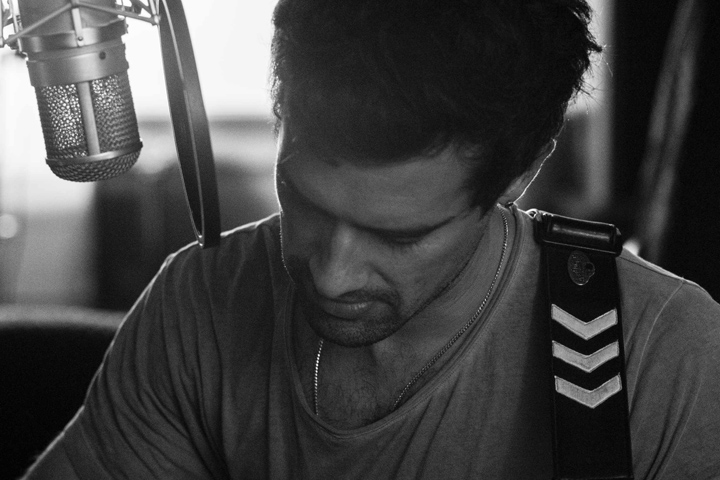 All songs written and composed by Gabriel Rios, All songs produced, arranged and mixed by Ruben Samama