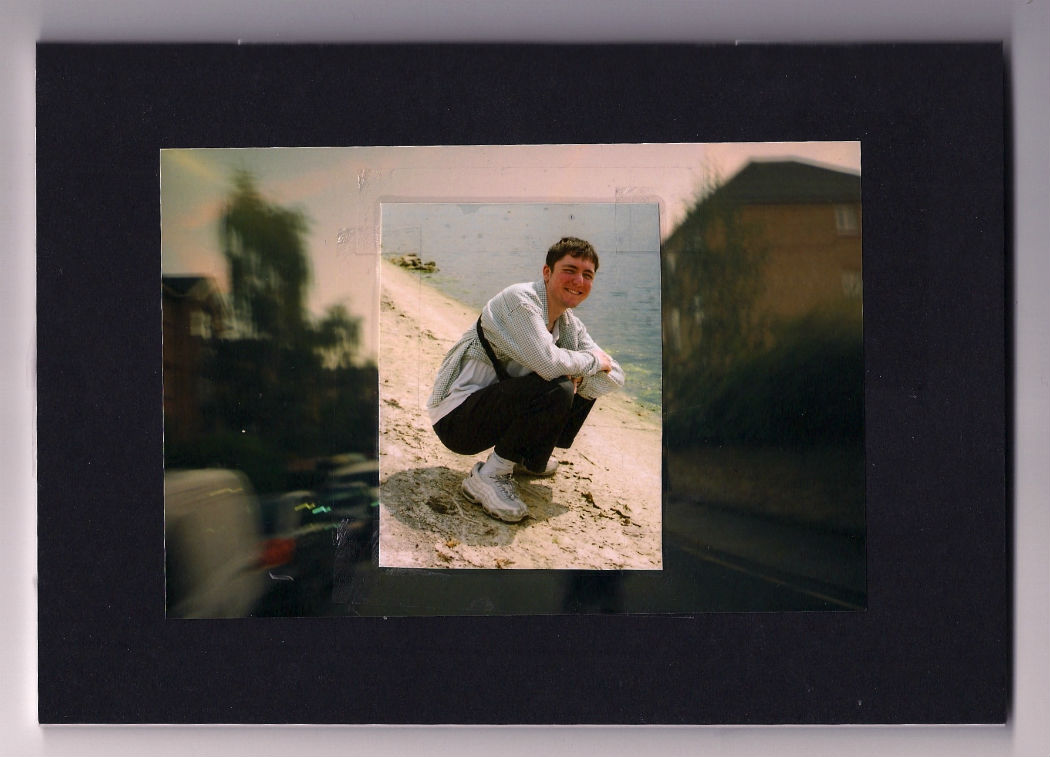 How Londoner Saint Jude reinvented themselves through vulnerability

London-based Saint Jude shares their debut single “Walk With U” from an upcoming self-titled EP out in September via Slow Dance, offering a glimpse into the deeply vulnerable and experimental process behind it all. The single captures something quite intimate: hushed vocals weaving through simple and meditative instrumentation which leaves space for severe introspection. Saint Jude’s sound positions itself amongst the likes of Mount Kimbie, Four Tet and Nicholas Jaar, evolving how honest and eclectic electronic music can be. We talked with Jude Woodhead, the artist behind this new project, in how they broke out of their own confinement to find new possibilities through new ways of creating.

KALTBLUT: Can you tell me how this project began?

Saint Jude: The project was initially just going to be a songwriting project – I’ve only written songs with lyrics for about a year and a half and I wanted to put them out under a different name. It’s become a bit more broad than that, and is basically a project to release tracks that don’t fit in with the electronica/dance music that I produce under my own name.

KALTBLUT: In the official text for “Walk with U”, it states you found a certain kind of abstraction while writing the song. I’d love to hear more about this and your inspirations.

Saint Jude: [the EP text] talks about being able to express more specific things through lyrics than I was when writing instrumental electronic music where it was more about exploring a specific atmosphere. I still did the atmosphere thing on the EP but it was more about providing the context for the song rather than the focus of it. That’s not that relevant to “Walk with U” though because it hasn’t got the focus on lyrics and is more abstract than most of the other tracks. Inspiration-wise, I didn’t consciously draw on anything specific for this track, but I wanted to write something that was rhythmically more unusual, using 6 against 4 polyrhythms.

KALTBLUT: How the London music scene has influenced and/or supported you?

Saint Jude: It’s been great having more people around me doing music; two years ago I hardly knew anyone else doing music and I was finding it hard to position myself artistically – I was relying purely on myself to contextualise what I was doing.

I still don’t think of myself as being in a scene or anything like that, but it feels like in the past couple of years I’ve found a context for my music to exist within. There’s so much interesting music happening in London at the moment – the bar is set very high – creatively and also in production standards. I’ve been producing music with Sunken, Sarah from Drug Store Romeos, Sam Akpro, and will be producing one of PVAs new tracks too! So I’m involved in stuff in music scenes in London but I can’t go to any gigs because I’ve got really sensitive hearing and loud environments give me really bad tinnitus, and I feel like music scenes revolve so much around live shows, that it’s hard to be part of a scene without going to gigs. I’ve got a show on Soho Radio every two weeks, so shout out to them for support!! Same with the Slow Dance crew shoutout to them!!

KALTBLUT: When you decided to produce under this new name, how did you come up with the persona?

Saint Jude: I feel like the persona itself probably isn’t formed yet – using a different name allows you to make work that can represent other than yourself, or something that you might not feel confident representing under your own name, so I guess the persona is myself, but maybe without the limitations that I place on myself to represent myself through music, if that makes sense. One example would be that I’m able to be more moody/sentimental in these tunes because its under a name other than my own, so I don’t feel like I’m presenting myself as a moody person.

KALTBLUT: Although you mentioned this “moody persona”, are there any elements that came through this process that took you by surprise? Like, more of a self discovery?

Saint Jude: I’m not sure about any kind of self-discovery, but it maybe made me aware of how the creative decisions that you make all have some sort of limitation within that choice, which could be purposeful or as an accidental by-product. In clocking what limitations you’ve chosen you can (hopefully) make more of the kind of stuff you want to make, because you’re more aware of that makes sense. Without any sort of limitations you’d never be able to make anything because you couldn’t make a decision.

KALTBLUT: When your focus is on instrumental electronic music, how would you describe your writing process? How does that compare to this other facet of your music career ? Is it really as intuitive as it sounds?

Saint Jude: It’s quite hard to analyse your own writing process, but I produce a lot of music, and a lot of it is pretty bad; I’m constantly making new tunes and deleting about 90% of them. This is the same for both electronic music and songs with lyrics, although I throw away more lyrics than anything else.

KALTBLUT: Where do those trashed songs go? Are they gone forever or hiding until you take a second listen?

Saint Jude: Most of the stuff I throw away aren’t songs, it’s small ideas that aren’t really good enough to explore more. Most of the time the bad material just gets deleted forever, but if there’s something that could be used I’ll keep it and maybe use it in a new tune. The guitar lines on some of the EP tracks were from a song that I almost threw away.

KALTBLUT: As a music lover who isn’t able to fully appreciate the live music experience, how else do you find ways to connect and engage? Can you speak more about this radio show you’ve got going on?

Saint Jude: Not being able to experience live music puts me in a weird position – all of the musical experiences I’ve had in the past few years have been at home or at friends houses. My musical engagements have been producing music with friends rather than going to their gigs. But I think this gives me a different view on music. Often, the music that works especially well in a live context is more impressive and less subtle, and (hopefully) the music I make, because it’s been deprived of the live context, can create its own context, which is maybe why I concentrate on building atmosphere in a lot of my recent music. It’s definitely part of the reason I’ve stopped making dance music, because it’s a form of music that is so connected to the live context – you can’t really listen to it at home and have the same experience as a club.

Not being able to play live has also forced me to make music purely for listening to at home or in headphones, because I don’t know how my music would work live, and I haven’t been able to test my tunes in that context to see the response.

The radio shows great! Having two hours to play music every other week gives you more time to build a theme, or to play longer pieces of music. The last couple of weeks I’ve had Elsa Hewitt and Alexis come on the show and play, and they’ve both been great! I want the show to be a platform for smaller artists and under appreciated music, so having guests on to play is a nice way of doing that, rather than just playing their music – especially as a lot of small artists don’t have proper recordings of their music.

KALTBLUT: How anonymous would you like to keep it, as where it stands now?

Saint Jude: I’m not really worried about keeping it anonymous, it’s more to have a less confined creative space to do music in.