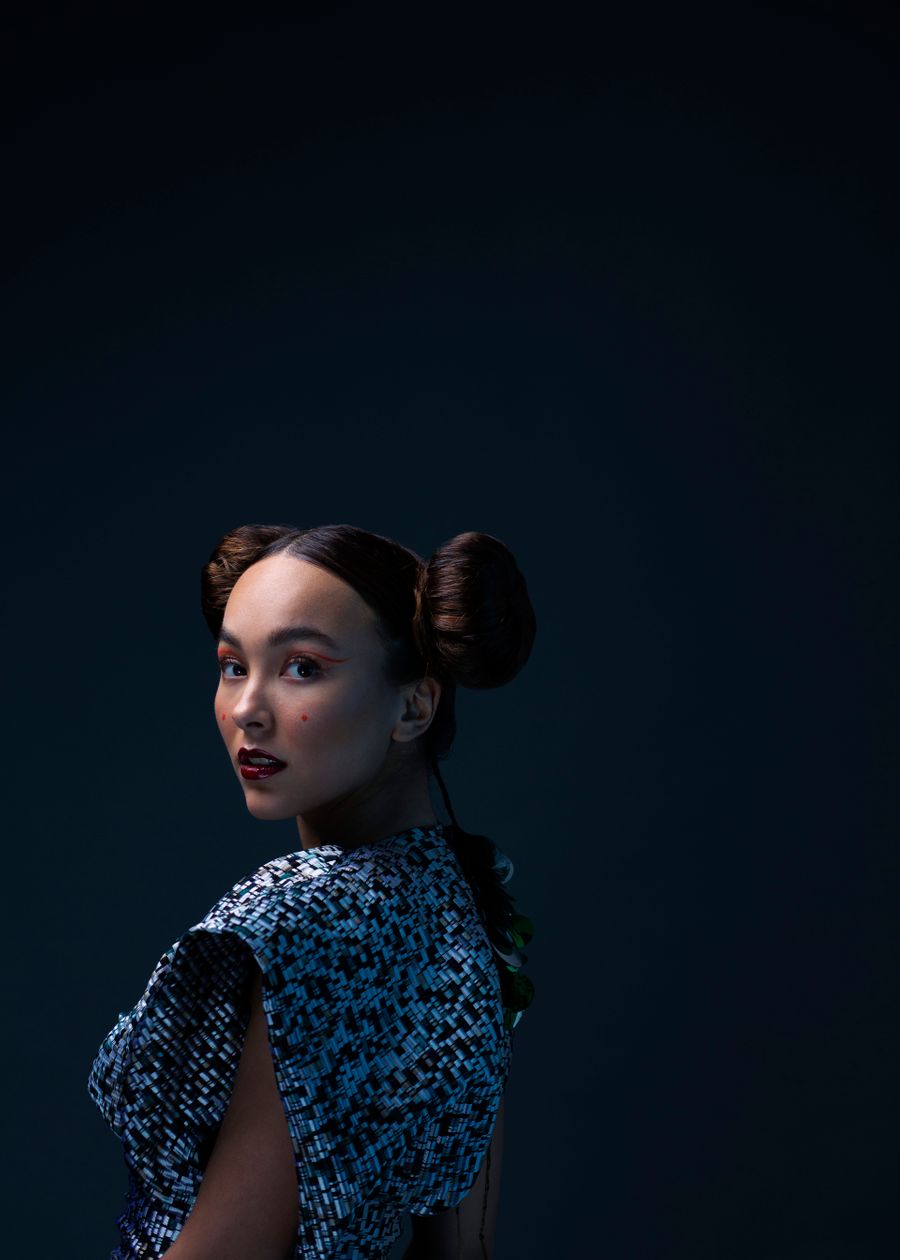 “New times; forgotten times; memories; the place where past, present, and future overlap; the change time forces upon everything it touches” – In conversation with Joplyn

KALTBLUT caught up with Joplyn and asked her about her connection to Fado and time. Read the interview below.

KALTBLUT: Your single and video ‘Severa (Daughter of Fate)’ has just been released. How are you feeling?

Joplyn: I just got back from a four day trip to Reeperbahn-Festival in Hamburg, so at this very moment – very sleep-deprived, but also extremely inspired by all the up-and-coming art I was able to see and all the new faces I met along the way.

About the release of my baby ‘Severa (Daughter of Fate)’ – I am just so curious and excited to see how other people will react to it since it is a little different and more outside-of-the-box than most of my other stuff. If I had to sum my whole jumble of feelings up with one word, it would be “proud”. Proud of the cover art, the music video I filmed and edited on a trip to Italy this year, and most importantly: proud of the songwriting, recording and production of the song.

KALTBLUT: You’ve sampled the vocals of Maria Severa, a famous Portuguese Fado singer. What made you want to sample her music?

Joplyn: That’s partially correct. The song is a homage to Maria Severa, a Portuguese singer and guitarist, who is claimed to be the first Fado singer and pioneer of the genre in the 1820s – not an actual recording of her voice, which would make her a history-defying futurist ;). The sample is sung by another Fado-vocalist, whose name I, unfortunately, could not find anywhere. She sings about Maria Severa’s passing, the streets of Portugal, especially Lisbon, mourning Maria’s death. After I first heard the sample I was immediately taken aback and in awe of all of the emotion, pain but also admiration and fervour in her voice and melody.

KALTBLUT: What’s your connection to Fado music and Portugal?

Joplyn: I get so inspired by all kinds of different music genres; they are all packed with so much culture and history. Mixing genres/sounds that don’t conventionally “belong” together is one of my favourite things to do. Whether it be Baroque madrigals, microtonal scales, or – in this case – combining traditional Portuguese Fado music with modern-day electronic techno. It’s my way of honouring and paying respect to the culture and people behind the music. After all, there are so many vastly different types of music out there, and you can learn something from/seek inspiration in everything.

My vocals on the track are all addressed directly to Maria Severa. The title “Severa (Daughter of Fate)” is partly derived from “Fado” is the Portuguese word for “fate” as well. I wrote my lines instantly, both sonically and lyrically as a response to the Portuguese sample. Sometimes things just fall into place like that.

KALTBLUT: New beginnings, identity and transience are very prominent themes in your music, can you tell me a little bit about that?

Joplyn: I would say the topic that consumes me the most is “Time.” New times; forgotten times; memories; the place where past, present, and future overlap; the change time forces upon everything it touches.

There’s no particular reason or explanation for my obsession with it, but no matter what I start writing about, my words somehow always lead back to it. I don’t think I’m the only one either, it’s an integral part of the human experience after all.

I featured a poem I wrote called “Fountain Of Time” in the music video I made for ‘Severa (Daughter of Fate)’, talking specifically about my relationship with time. The poem is very special to me, just like the song. It would mean so much if you had a look…

KALTBLUT: Are you ready for Berlin’s nightlife to fully re-open? And how has the last year changed your approach to producing?

Joplyn: Yes, of course. The few gigs that I’ve played so far this year have energized me in a way I sometimes forgot existed during lockdown. Hearing your own music over a loud PA and living, dancing together in a shared once-in-a-lifetime moment with others is just so different to anything else. Live gigs are so intimate and personal – as an artist, you’re being so vulnerable and opening yourself up to the people in front of you. It’s such a beautiful and intense thing.

I made an album this past year because I finally had the time to really be in the studio 24/7, no exceptions. That was, on the one hand, a transformational experience for me, because I was able to explore myself to the extent I never had the peace and patience for before. On the other hand, it was and still is, a time filled with guilt and inequality of resources and privilege. As a result, I feel like I didn’t allow myself to recognize the confusion and pain etc. in myself that came with Covid, and am still processing it, which took its toll on me creatively as well.

I can’t really name you a specific way music-making has changed for me because of the pandemic. Like every year I experienced a lot of growth, both personally and artistically, and got closer to a feeling of comfort with my musical identity. I reflected on my priorities and what I want to stand for and got to know myself deeper and more extensively – which definitely translates into my music as well.

The Fountain of Time
There is a Fountain of Time
In my garden, Spitting water on cold stone, Day and night
At times I go outside and dip my fingers in
Seconds, Minutes, Hours
Dripping into my hands, Running down my palms,
And leaving their trails, Like winds in the desert
To be forever remembered, Until blown away by the next wind
And so the patina of sand changes again, My clothes are drenched in
Months, Years, Lifetimes of wasted time, Forgotten times
That has dried up, And have forever disappeared
New times, That give me shivers when they come, In contact with my skin
I long for something to hold onto, But I can’t seem to grab them
They slide through my fingers every time, Have you ever tried grabbing water?
I sought to translate the movement in my Fountain, Created clocks, calendars
But none of those numbers meant anything
There isn’t a difference between a second and a year, When the movement itself is immeasurable
So now I sit by the Fountain, No longer eager to understand
I see changes in the things touched by Time
Birth, Growth, And decay, But not in time itself
And I have accepted it, I have accepted, That there is but one direction
For the water to flow, And that this is not up to me
My Fountain of Time, Its architect unknown, Will stay in this garden forever
Pouring Time into its basin, And out again, In again, And out again