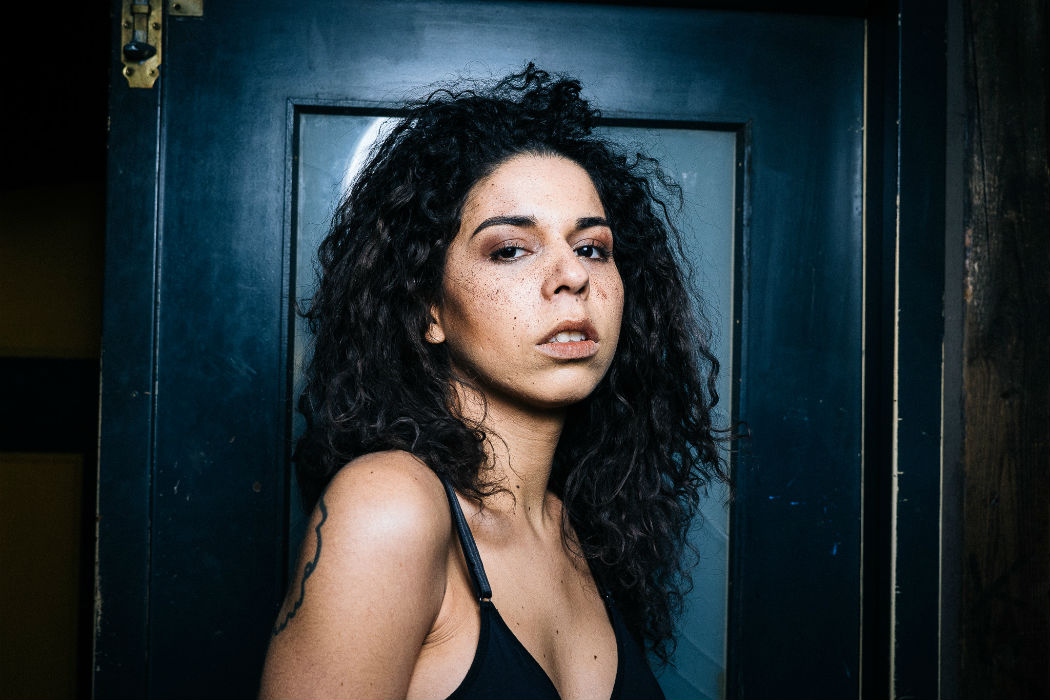 In Conversation with Sanni Est of Empower

Berlin-based, Brazil-born and globally dreaming, Sanni Est is a multi-talented composer, producer, performer, political educator and founder of Empower. Empower saw its debut in August, with the film series, art platform, music and art festival facilitating many important conversations through its multi-faceted lineup.

KALTBLUT premiered Sanni’s video for “Brain Damage” (Aloner Remix), a “hyper-immersive audio-visual experience” this summer. In conversation with Sanni about the current landscape of Berlin and why Empower is an important addition, Sanni states,

“Now if you ask me, of course, there already are many events, gatherings and parties with, by and for queer PoC in Berlin and worldwide, and they are precious and needed and they paved the way for people like me to have strength and access to information and empowerment. I am here doing all I can to raise awareness around all these topics and empower myself and my sisters* by creating an eloquent discourse and a constructive conversation within the art and music world.

I feel like creating a platform like the Empower was necessary for me to, for the first time, be able to go onstage and feel home. Feel like I’m not the minority in the space. Feel like my body transiting in that space is nothing but gorgeous; like I’m not exotic, or a token for some white cis promoter to show the newspapers… a place where I feel surrounded by love, understanding and support from my brothers and sisters, but also where white cis people are more than welcome to join, listen, have fun, and pay.”

Dive in further to find out more about Sanni’s intentions and motivations in current projects, including the Empower festival.

KALTBLUT: What drew you to the classical music conservatory in Brazil?

Sanni Est: There are a number of factors that drew me to want to study classical music at the Conservatory. One of them was definitely the fact that I wanted to “do” music different than my dad – who plays nothing but Brazilian Popular Music (MPB) with his acoustic guitar and local percussion instruments. I think seeing him fail as a musician and being an absent dad made me want to make everything differently than he did. He was self-taught, I wanted to have the most “official” way. And, being born in a colonized country you are educated from day 1 that whatever is local, or common to your culture, is less worth than what is U.S. American or European – which, combined with my perfectionism, led me to believe, at age 11, that if I were to learn music theory and techniques, the classical way would be the “best”.

KALTBLUT: I’d love to hear more about how you “combine work with fun with political relevance” – this is especially intriguing.

Sanni: I’ve always found difficulty in condescending to “normal” work situations. As a vegetarian, pro-veganism, trans*feminist, afro-futurist immigrant of colour in Germany, I find moral problems in most job offers in the fields that I could be good at before I found myself in the political education/event management occupations. Being able to work on something I believe in with my heart, trying to create a positive impact in society and caring for justice while making money with it and being able to express myself artistically with my crazy ideas/music seems like the absolute dream for me. And I am one who doesn’t cease until I have fulfilled my dreams.

KALTBLUT: Which genres are you most attracted to, in terms of both creating/performing and listening to?

Sanni: I don’t like to think of music in genres. I love forró and baião by Luiz Gonzaga, whose vinyls I used to listen to when I was 3-5, at my grandparents. But if I Google artists who do the same music style, I don’t like most of them. Later on, at my early teens, I used to be a pop fan until I discovered so-called “alternative” artists like Radiohead, Björk, Belle & Sebastian, Portishead and so. I don’t think what I like about them is just their music genres, since all these artists have tracks ranging from slow beat ballads to hardcore distorted guitar and hectic drums; but rather their personal expressions, their compositions, the mix of styles and indulgence into their emotionality – they and other pearls like Soap&Skin or Grizzly Bear are massive influences for me as far as performing with voice is concerned.

If I make an effort to pinpoint genres or music styles that influenced me the most while composing, I do have a massive weakness for noisy electronic sounds for beats and harmony, combined with Afro-Brazilian beats from maracatu, Ciranda, frevo, afoxé and other rhythms we got from Yoruba cultures and that developed within black slaves’ culture inside of Brazil. ‘War in Her’ was my first experience producing an album and its process was extremely limited, so I detached myself from older compositions to fully indulge in the creative process of literally having nothing but a laptop and ideas, initially. Later on, as the compositions already had some structure, I engaged my friend Akaroid and he added some software he has in his home studio as well as his touch guitar + sound engineering, which he masters and I don’t. Once the album was done, still in the same stream of thought of keeping the project as small we possible, as long as band members are concerned, I searched for a drummer who is also familiar with afro-Brazilian rhythms and I’ve found FReescendo Radix, a long-time jazz and dub drummer who has dedicated his later years to Capoeira dancing and playing and Maracatu group drumming, leading them with the snare – which makes him the perfect third element for our ‘War in Her’ live period, that I had the joy of debuting at Empower! 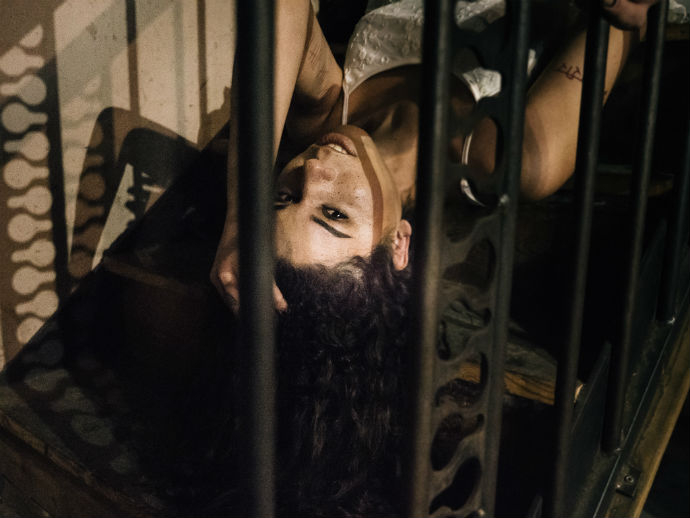 KALTBLUT: What was your process like in curating Empower?

Sanni: For the first edition of the festival that we called Empower, at GlogauAir, I worked in collaboration with art curator Jumoke Fernandez, who is very active in the net art and digital tech design altogether, so she curated 3 of the live art performances/rituals as well as exhibited a few prints and Augmented Reality works of her own!

As a general, I give strong value to booking people who are not only black/POC and queer/trans, but also people with not-too-favourable class backgrounds. I think class struggle and different social backgrounds are too often forgotten in the queer feminist discussion, even when race is considered. Race and class cannot be discussed separately, just like gender cannot be discussed without considering race and vice versa.
Another super important factor for me as curator is to provide the guests with something they cannot experience in other parties. I feel like most queer-feminist or PoC parties have each their “favourite” music genres in which I never really felt aligned with, as a guest or even performer! If it’s a techno party, there are rules concerning the bpm, the production style etc in the music played by the DJ’s, if it’s a DIY, punk queer-feminist party, there shall also be not many genres included in the discussion. And I like experimental music with melancholy singers. I host performers who play baile funk mixed with hip-hop, techno with maracatu; etc etc. As a listener, I like to be challenged by the genre fluidity of the musicians, and so is my taste in booking as well.

I had hosted three Empower parties last year in nightclubs and have found it equally natural to know who to book, judging by music style and ambient. As mentioned before: I am deeply inserted in the community and the only reason I even started doing this event, is to be able to invite and provide my fellow queer*trans artists with a well-structured event. I don’t need to think too long to know who to book who’s PoC and female/queer!