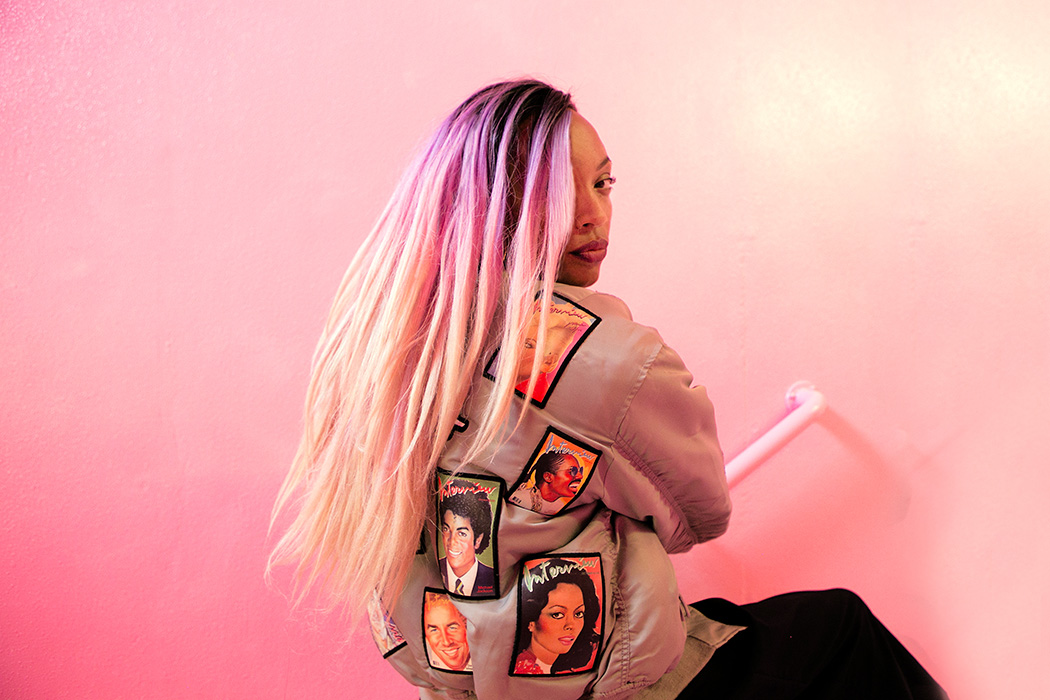 Gloria Adereti is putting the soul back into house music. This young singer is carving a place for herself in a highly competitive, electronic music scene, with the intention of returning the attitude and fearlessness of her idols to the modern scene. 2016 has already been busy for Adereti, providing vocals for Adam Curtain’s smash hit ‘Talking In Your Sleep’ and with a feature on Richy Ahmed’s newest EP (out on vinyl today). Originally from Leeds, she moved to Lancashire at a young age. While at university in Manchester, she immersed herself in the vibrant dance scenes in the city before being tempted away from the North by the thriving cultural scene in the UK’s capital. Adereti has a long list of influences and an ever-growing list of collaborators. Now based in London, she crafts sultry, soulful vocals for a range of acclaimed producers, with the likes of Citizen, Adesse Versions and Purp and Soul in her repertoire, to name but a few. With a range of collaborations in the pipeline and an upcoming EP dropping soon, October is going to be an exciting month for the soul singer. KALTBLUT spoke to Adereti about her musical origins, inspirations and opinions on house music.

KALTBLUT: When did your passion for electronic music begin?
Adereti: It began when I was around 10. I was watching TV one day and an advert popped up for Total Garage Volume 1, a compilation full of banging beats. I had no idea what garage was then but I started dancing every time the advert was on TV, and begged my mum to get me it for Christmas. She did. I played that album to death!

KALTBLUT: Would you say growing up in Leeds has influenced the music you are making now?
Adereti: My earliest memory of music was my mum playing 90’s power ballads at home. She loved Mariah Carey, Whitney Houston, Aretha Franklin, you name it. All the women who could really sing! This was a big influence on how I sing. I only spent a short time of my life in Leeds. I moved out when I was young to Lancashire. But Leeds always has a place in my heart, for the rich Caribbean culture and big underground music scene. I think the biggest influence on the music I make now was my time in Manchester. I went to uni there, and the scene was rife with drum and bass, dubstep, house and techno. I loved the party, and loved venturing out in new scenes, finding new beats. This is where my love for heavy baselines and soulful house started. I loved it when artists such as Eric Morrillo would play sankeys, dropping all the old paradise garage tracks mixed with techno. The old school soulful house vocals were a big influence.

KALTBLUT: You had a smash hit with Adam Curtain on ‘Talking In Your Sleep’, how did the collaboration come about?
Adereti: Funnily enough me and Adam have known each other for a couple of years, through partying and friends of friends. My friend and Adam were very close, and when Adam needed a singer for a new track he was working on, Mark put us in touch. As soon as we got into the studio we vibed from each other’s ideas instantly, and “Looking at You” was born.

KALTBLUT: What is it about London that made you decide to base yourself in the city?
Adereti: It has so much energy and variety! I am usually jumping around myself here, there and everywhere. I love to keep busy and keep my mind active. London has everything I need to do that. One day I’ll be in an art gallery, the other at an intimate gig of somebody I have never heard before, then the next day raving. It is full of creative people, which I thrive off.

KALTBLUT: You say your aim is to bring the soul back into house music, do you think that soul is what a lot of current house music is lacking?
Adereti: Yes, back then when Liz Torres and Alison Limerick were doing their thing there was attitude, and fearlessness towards music. The vocals earned their right to work magically alongside the beat without being drown out. These women loved trying new things. That rawness, and edge, has dropped out of mainstream house music, and nobody wants to be different anymore. But I think beauty comes from being unique, and that’s what I try and do in my music.

KALTBLUT: How did you find the experience of working with producers like Richy Ahmed, Citizen and Adesse Versions?
Adereti: It was great. They are all completely different characters with warm hearts. I met Adesse Versions on Facebook when my friend tagged me in a post he did to find a new singer. I hadn’t worked with anyone before him, and I was nervous as hell, but he gave me the track and we got in the studio for a grueling session. With Citizen it was also an organic meeting. We had mutual friends and he had heard I was working with some producers he respected and we went to make some music. I still love that track to this day. We both had the same vision, of making something retro, bass heavy, with sultry vocals. Amazing. Richy, he is such a nice guy. He always has time and makes you feel so at ease. When I met Richie, I didn’t really know what to expect. I loved his track “sneaky acid” and “the drums” amongst others, but his tracks are always different, unique. We actually met on Fabric Birthday 2015 (#savefabric), and both being Northern we hit it off. Working with him is a breeze and I would love to do it again.

KALTBLUT: Are there any producers or artists you are looking to collaborate with in the future?
Adereti: Yes, so many! I love a massive mix of electronic music. But my first choice would be to collaborate with Steffi and Virginia. I would love to work with some female producers – Girl Power! Then Palm Trax!

KALTBLUT: Your influences include Chaka Khan, Aretha Franklin and Fatima, is there a single artist you feel has had the largest influence on you as an artist today?
Adereti: That is a very hard question! I think I have to say Grace Jones. Funnily enough, I knew of her for years as a style icon and she always inspired me, but only recently got back into her music. I love her fearlessness towards music! She doesn’t care. She just goes for it. A concept I’m trying to adopt.

KALTBLUT: What music do you find yourself listening to most at the moment?
Adereti: A lot of mixes from Dekmantel 2016 (I love Young Marco’s Mix). That festival is so special. I’m also listening to a lot of new soul such as SilentJay X Jace XL, Blood Orange, Sampha and Abra, alternative music like Portishead and Anohni, hip-hop and jazz music.

KALTBLUT: Do you have any plans for after the EP comes out?
Adereti: As soon as the EP drops I am ready to start gigging. That’s the exciting part, taking my music around the world and getting new people interested in the flow. I cannot wait.

Grace Jones  –  Slave to the Rhythm

Destiny’s Child – Get on the Bus