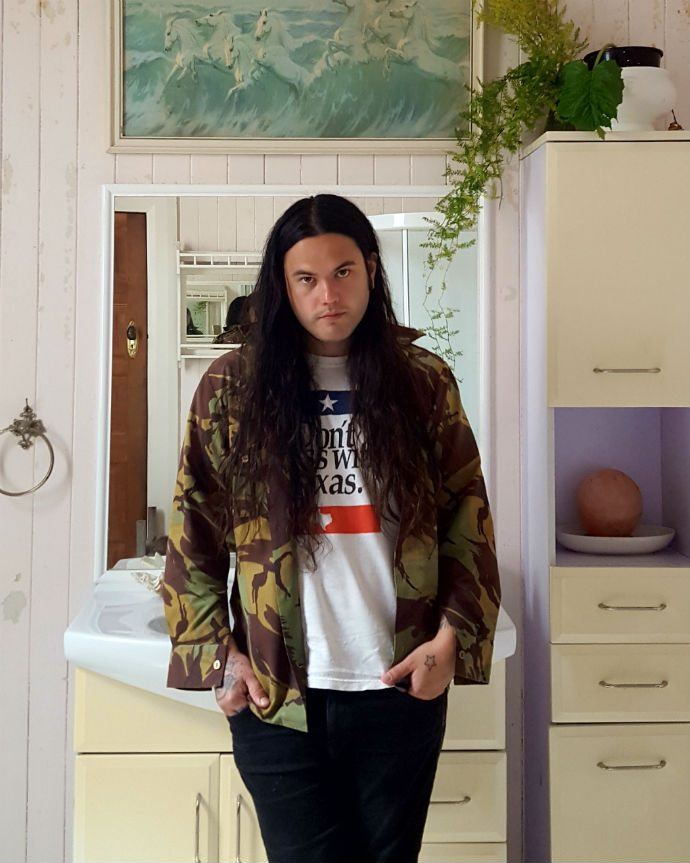 New Zealand’s Roy Irwin isn’t new to the scene: he’s been writing and performing as a solo artist for nearly ten years and recently played lead guitar in the garage punk band Cool Runnings. Thirteen EPs and five full-lengths later, we have Irwin’s latest release as of last week: King Of Pop. Irwin himself calls the album “a big dreamy nightmare”, though we find the ten songs involved more of an introspective cruise through a marathon of addictive jangle pop. Read our conversation with Irwin below on the album, his evolution and what’s coming next.

KALTBLUT: Can you talk about how “King Of Pop” – the single and the album – came to be?
Roy Irwin: I never really have plans to [do] anything but I’m always working on different things. It’s just the result of waking up every other day and recording some music and over a couple of months, I took the songs I liked best and decided to make it an album.

KALTBLUT: How do you feel this release differs from your past work?
Irwin: I feel that the only thing that has changed since I started writing and recording music is that I’ve learned more and my songwriting has gotten better. It’s been a pretty organic progression I’d say. I have more confidence now than I did when I was nineteen.

KALTBLUT: What is “good songwriting”?
Irwin: I only know what’s good for me and that usually just means not forcing anything.
My process tends to be quite improvised when writing and recording… I dunno. I just want to make music that I like or would want to listen to.

KALTBLUT: Following the release in November, do you plan on touring or working on more new material?
Irwin: I’m planning on doing a nationwide tour of New Zealand and then [flying] over to Australia for a couple of solo shows. Around this time next year, I would like to do an American tour with [a] full band. As for new material, I’m constantly writing and recording ideas and songs. I’ll release another album or two. The beauty of where I am at right now is that I’m able to do whatever I want, whenever I want, on my own terms.

KALTBLUT: Why is it so important to have independence with your music – to do whatever you want when you want? Have you not had that freedom in the past?
Irwin: I wanna release a record and then if I’m bored two weeks later I want to throw up ten more shitty songs if I want to for free online. I’ve only ever done this by myself and have been lucky to have found people who want to release my records and let me have total freedom. I’ve experienced having that taken away once and it sucked. You also hear about things and read about things and it just sounds awful. I don’t want to feel claustrophobic within my creativity.