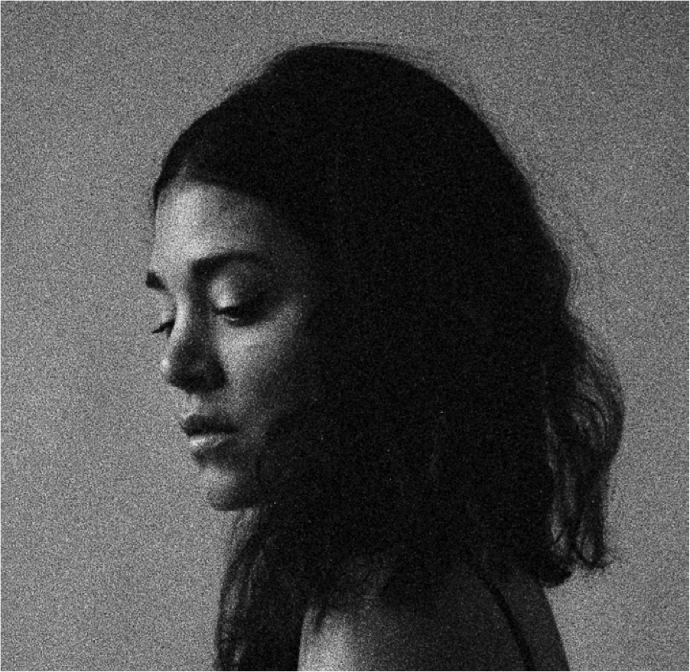 Multi-disciplined in varying forms, artist Sumera has had a busy year in creating music and directing narratives in working with visual content. Whilst positioning herself as a self-proclaimed ‘Wild Feminist’, there is clearly much more than what such labels mean and what becomes important in embodying the nuances of feminism in every day with the self. Her songs carry strong elements of electro to reveal a darker undertone of RnB as you weave through the pained lyrics. Harbouring a sensual way of closing in on you with her sultry vocals, she simultaneously maintains a restraint in strength and control. Currently residing in Madrid, her restless nature, and wandering ways have seen her journey through Berlin, Amsterdam, Lisbon, and London in the past few years.

Sumera’s recent work finds her drawing inspiration from her time in the rawness of Berlin. Having released single Animal along with a video back in February as part of a sonic trilogy, Sumera recently saw through the making of the following installment, Faith. This second video saw the story evolve with Sumera at the helm of the continuing narrative. Granted this creative control as director and visionary behind the concept, she literally personifies it in its physicality. We talk to Sumera about her music, directing and what it means to be a woman in the 21st century.

KALTBLUT: Hi Sumera! It’s lovely to meet you. For our readers that aren’t familiar with you just yet, how would you describe your art in 3 words?
Sumera: Electronic, Brooding and Intimate

KALTBLUT: A very strong sense of feminism clearly runs through what you do. Would you call yourself a feminist activist?
Sumera: I would call myself an activist first and foremost. I believe in equality and in fighting for equality regardless of gender, class or race. Parallel to this, I am a woman and a feminist and personally relate to the systematic oppression women still face to this day.

KALTBLUT: And how would you say your feminism inform your music and art if indeed it does?
Sumera: Interestingly, I am not sure it informs my music and art directly at all. My music revolves around myself. It’s personal and self-reflective. To me feminism is not about the self, but about the community. It is about structural and social-political changes. More than informing my art and music, I would say feminism informs me as a person, a human and a woman.

KALTBLUT: You refer to yourself as someone with ‘Wild Feminist’ ways. What does this mean to you?
Sumera: When I think of a Wild Feminist I think of an extremely free nomadic spirit, a rebel and an activist.

KALTBLUT: There’s been a lot of talk about women in music and not being credited for what they do and an assumption if it is any good, that a man must be behind it. Do you think perspectives are changing?
Sumera: In my experience, they have not changed very much. It is still a male-dominated industry and as a woman, I often feel the need to stress that I am in charge of everything I do, from music to artwork to videos, etc. People so often assume I am not in charge of my art and react surprised when they learn I actually am. And then again, it is not surprising people are stunned. Take for example Female producers, how often are they visibly represented and acknowledged within the industry compared to how often Male producers are?

KALTBLUT: You have recently directed and starred in your own music video and also write poetry and produce art. Which art form do you find easiest to express yourself through?
Sumera: Through music, and specifically through voice. Throughout my life, I have always internalised all kinds of emotions and have the tendency of imploding. At some point, I discovered that through music and singing I could release all that was bottled up and genuinely feel, experience and express. To this day, I still feel most connected to my true self when I am singing.

KALTBLUT: As part of a sonic trilogy, Faith is the second. Can you tell us about the themes explored and what it’s like to direct your own video and what can we expect from the third installment?
Sumera: All three songs revolve around the same topic. A physical memory, being marked and carrying this mark around with me. The three songs just deal with different aspects of it. The animal is a visceral, purely physical thing. It’s about being absorbed and focusing on that moment of intense devotion. Faith, on the other hand, represents something much more vulnerable and emotional. It is the aftermath of Animal in which I feel extremely bare and fragile and disregarded. The third installment is called Skin and serves as a conclusion, this also sonically. In Skin I have found the sonic world I want to move and stay in. It is a slightly more abstruse song than the other two, but as a whole, it tells a beautifully sensual and haunting story.

Directing my own videos has been one of the most rewarding experiences. I come from an Art studies background, so have always enjoyed creating and making things. Directing, shooting and editing these video’s with hardly any knowledge has forced me to think outside the box and challenge myself. On top of this, these songs are extremely personal and it made sense to rely on my own energy and vision, not having to explain or compromise.

KALTBLUT: Can you tell us a little about your background and inspirations?
Sumera: My biggest inspiration comes from Portuguese Fado. It’s this powerful European type of Blues. It is extremely melancholic and dark, but at the same time so beautiful and hopeful. It has moulded my voice, as well my passion and almost fixation in finding beauty within the sadness. Apart from that, sonically I am inspired by producers such as Arca and artists such as Björk. I love the soundscapes they use and the way they connect music, structures, and visuals, to turn them into a unique art form.

KALTBLUT: You also seem to travel around a fair bit. Where are you at the moment?
Sumera: At the moment I am spending some time in Madrid. I used to live here as a teenager and just recently came back after 13 years to see what Madrid would mean to me now as an adult, and I am loving it so far….

KALTBLUT: And finally, in your own words, what do you think it means to be a woman in the 21st century?
Sumera: Being a woman in the 21st Century means so many different things to so many different women. It can mean extreme oppression, mutilation, poverty, slavery, etc. I can only speak for myself and say that for this woman it means fighting every day to live as freely and genuinely as possible, being able to push boundaries and challenge gender roles. It means having the opportunity to spend hours, days and months being creative and happy doing this.
At the same time being this woman in the 21st Century also means having the privilege of being able to express my voice freely within this society and trying to be a part of reforming it.