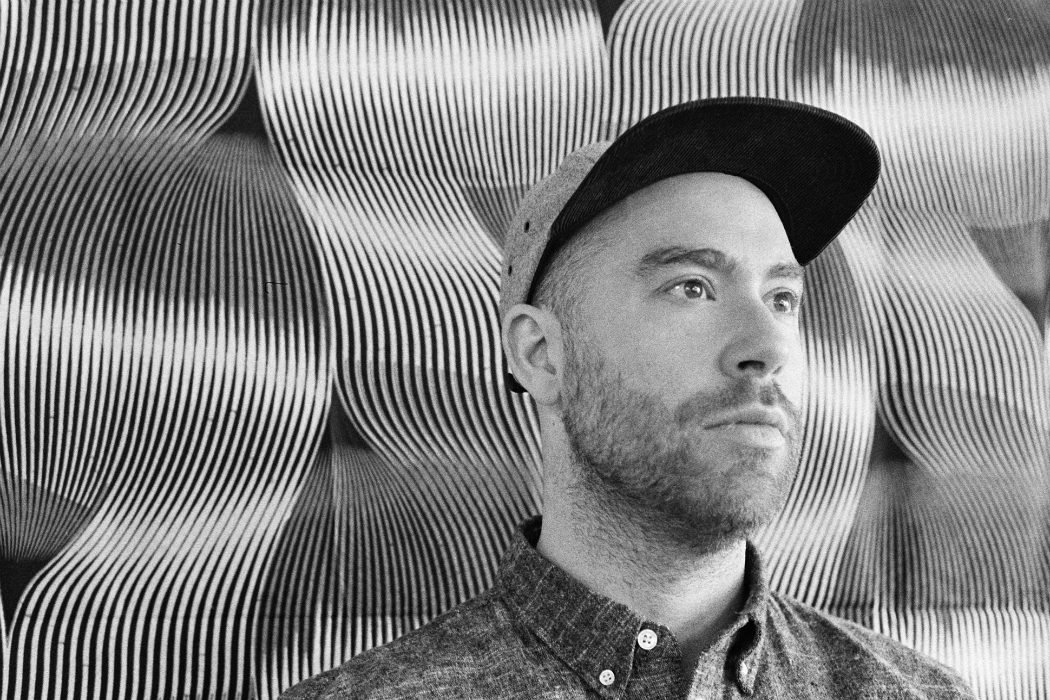 XOA is a new project headed up by talented multi-instrumentalist Nick Tyson, who you may otherwise know as guitarist for high energy Leeds band Gentleman’s Dub Club. The project blends golden era 1970s Afrobeat with deep grooves and contemporary electronic productions into a warm, tropical sound that is all its own. Emerging from a fertile south London scene, XOA have seen comparisons with other forward thinking electronic artists such as Floating Points and Bonobo. XOA have already garnered critical attention with their debut track, Aiye Le, which was premiered by both Gilles Peterson and Boiler Room. The record was released on Dan Shake’s imprint back in June, featuring vocals from Fela Kuti’s legendary musical director Dele Sosimi. The project’s latest release ‘One_001’ is out today, featuring Byron the Aquarius, Orchards and British-Trinidadian poet Anthony Joseph, alongside a selection of anthemic vocals and sweeping guitar riffs. The project perform both DJ sets and full live band sets. With a string of summer festivals behind Nick already and a full live band performance lined up this Friday at London’s Jazz Cafe, KALTBLUT got in touch with the driving force behind XOA to speak about Afrobeat influences, his favourite spoken word poets and the nature of musical collaboration. 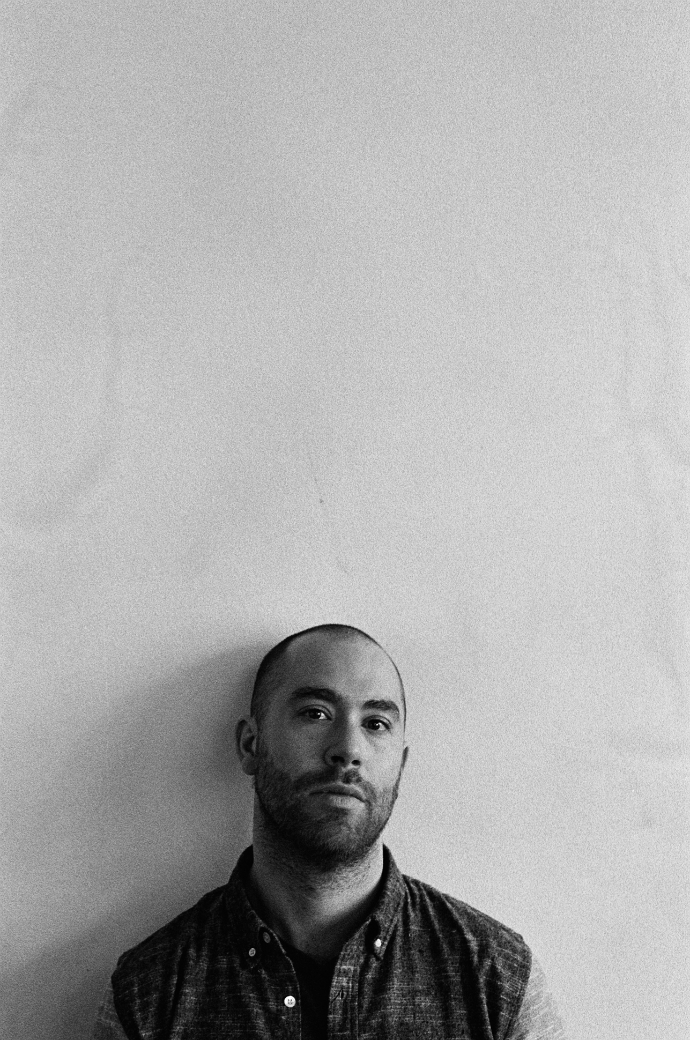 KALTBLUT: How has the music scene surrounding you in London influenced XOA?
Nick: The London scene is very influential on XOA’s music. It would be hard for it not to be, the scene is so fervent at the moment. There’s live music or a club night everyday of the week so as long as you’ve got a few pennies or a hook up, you can get great exposure. Plus all the touring artists come here, it’s a bit overwhelming at times! The south London scene in particular is really growing at the moment with labels like 22a, Rhythm Section, YAM, On The Corner, all putting out local producers in a ground up way, making it work, putting on nights, Rye Wax has great records, it’s a nice place to be in the world at the moment.

KALTBLUT: What other London-based artists do you see doing exciting things?
Nick: This year, Yussef Kamaal are really growing, proving that there’s a hunger and desire for people to see a great groove based band with outstanding musicianship, but also shake their tush at the same time. I’m a big fan of Tenderlonious, Native Dancer, Submotion Orchestra, Moses Boyd, Dele Sosimi, Medlar, Chaos in the CBD, I could go on and on…

KALTBLUT: What big artists from the 1970s Afrobeat era do you find influencing your tracks?
Nick: You mean besides Fela Kuti?! The legacy is immense. William Onyeabor has had a recent resurgence which is great to see. Tony Allen’s projects can be hit and miss but his rhythmical and almost conversational approach to the drums is the real influence here, and on our drummer Marijus Aleksa, who is integral to the XOA project with his insane knowledge and playing! But I’m not only influenced by Nigerian afrobeat. Malian music (Ali Farka Toure / Toumani Diabate / Songhoy Blues) has always made sparkles in my ears. I’ve been checking out quite a lot of gnawa from Morocco as well recently.

KALTBLUT: How did it feel when your debut AIYE LE was premiered by Gilles Peterson and remixed by Dan Shake?
Nick: Wicked. Dan’s an old mate and he asked if he could remix the 1st track (Aiye Le) which featured afrobeat ambassador and general badman Dele Sosimi. I was so thankful for their input and it definitely helped put us on the map and get the support from BR and Gilles.

KALTBLUT: Your music is inherently collaborative, whether that’s with Gentleman’s Dub Club or XOA, could you describe the process of creating a project when it involves multiple artists and vocalists?
Nick: Music making is hard, and a bit lonely if doing it by yourself, and you can doubt a lot of the compositional decisions, for me anyway. People are good. Collaboration is good. So it makes a lot of sense to me to invite different vocalists or featured soloists onto the tracks. It’s also about learning from each other. If you’re a musician and you care about your development then you should put yourself in lots of different musical situations, I think John Scofield said that.

KALTBLUT: Do you find the different projects you’re a part of influencing each other, for example, does being a member of Gentleman’s Dub Club shape XOA music?
Nick: Not specifically stylistically, but there’s definitely cross over. I might see Toby (bass player in GDC) opening a filter on a bass section and think that’s really cool then ask him what’s going on, that sort of thing. What’s amazing in GDC is the energy and the big, subby sound, those are elements that will be present in the XOA live show.

KALTBLUT: Lea Lea’s vocals appear on ‘Burn’, while ‘In So’ features Monika Liu, how do you decide which vocalist suits which track?
Nick: Just through workshopping in the studio. LeaLea’s got some big lungs and can really carry that top line, so it made sense for Burn, she sounds kinda disco on that. Monika is an amazing artist, and has the most incredible technical control of her voice so we had a great time experimenting with textures and harmonies in the studio and that comes through on the track. Sometimes you work for ages on something though and it just doesn’t quite work, so you scrap it, there’s no problem in scrapping something and starting over.

KALTBLUT: What was it like to work with Byron the Aquarius & Orchards on the new release?
Nick: Byron’s on fire right now. His output in hard to keep track of, and he’s DJing all over Europe, and producing in the day, the guy’s a machine. What I noticed the most from Byron is his openness to ideas. A bit like me, it’s a ‘chuck shit at the wall and see what sticks’ attitude, then strip back and make it work musically. He’s a great keys player, a great jazz player, so he’s got all that language in the bag to draw from, and you can hear it. Orchards (Henry Guy) is a great friend of mine who’s only just started producing, and to an incredible standard! He’s a pro bass player also, and you can hear that attention to detail, to groove, to the shoulder popping. We’re also working on a bunch of other tracks for another project next year… 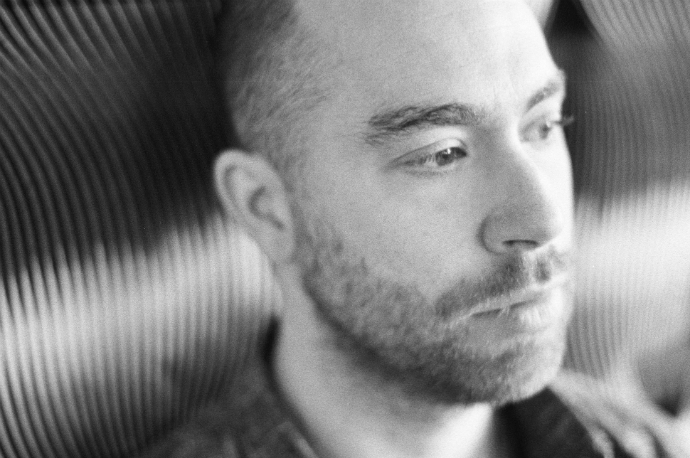 KALTBLUT: ‘Storm Windows’ features a great piece of spoken word poetry from Anthony Joseph, how did the collaboration come about? and are there any other spoken word poets you’d like to work with?
Nick: XOA’s drummer – Marijus Aleksa, suggested we ask Anthony to be on a track as he’d played in his band a few years back, I checked his album produced by Meshell Ndegeocello and was blown away, his latest release (Carribean Roots) is also outstanding. Anthony’s contribution was deep and a great experience for me. Yes! definitely! I’d love to work with Saul Williams.

KALTBLUT: What do you have lined up once ONE_001 is released?
Nick: We’re going to do an XOA EDITS series of releases on white label next year, in which I collaborate with a different producer each time for an A + B side release. First one will be out early next year. It’ll be more club ready tracks and a great way to continue the collaboration ethos but on the electronic side of things. I wanna get deep. With the band tracks, I’ve just finished another EP so will start lining that one up for a release next year as well. I’m super excited to get the band on stage though, we debut the full live show at the Jazz Cafe on the 25th November and then will continue gigging through the winter and into summer festivals, so plenty to keep me out of trouble.