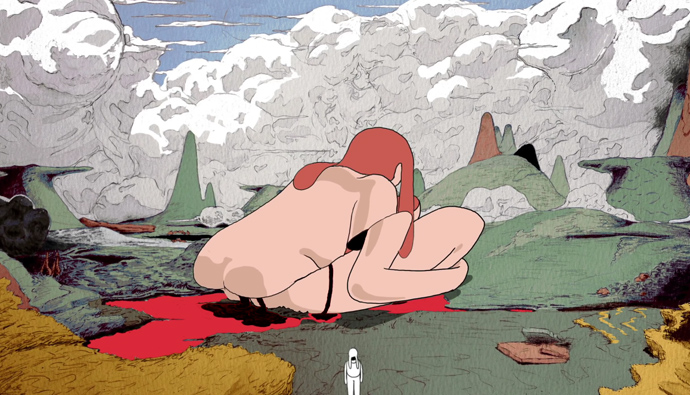 #MustSeeOfTheWeek! 5 years after her last album Demand The Impossible! and two traumatic, life-changing experiences later, Sweden’s avant-garde pop star Jenny Wilson is back with a new video and record. RAPIN* is first single from Jenny Wilson’s 5th album, EXORCISM. The masterpiece video is directed by Gustaf Holtenäs.  The upcoming album EXORCISM – out 20 April – details Wilson’s life following her experiencing a horrific sexual assault not long after recovering from treatment for breast cancer.

This is the most difficult thing I’ve ever done.

In so many ways.

At first, I actually didn’t know if I even wanted to go on with music anymore.

Then, something terrible happened to me.

I ended up at a crossroads.

Either silent – or speaking.

It was not an easy choice.

I didn’t want to talk.

I didn’t manage to talk.

But I had to talk.

Not to bring justice or to take revenge.

Nothing is ever as easy as it seems.

I wanted to take back what I’d lost.

I had to get rid of what was hurting me

EXORCISM is out 20 April via Gold Medal Recordings.