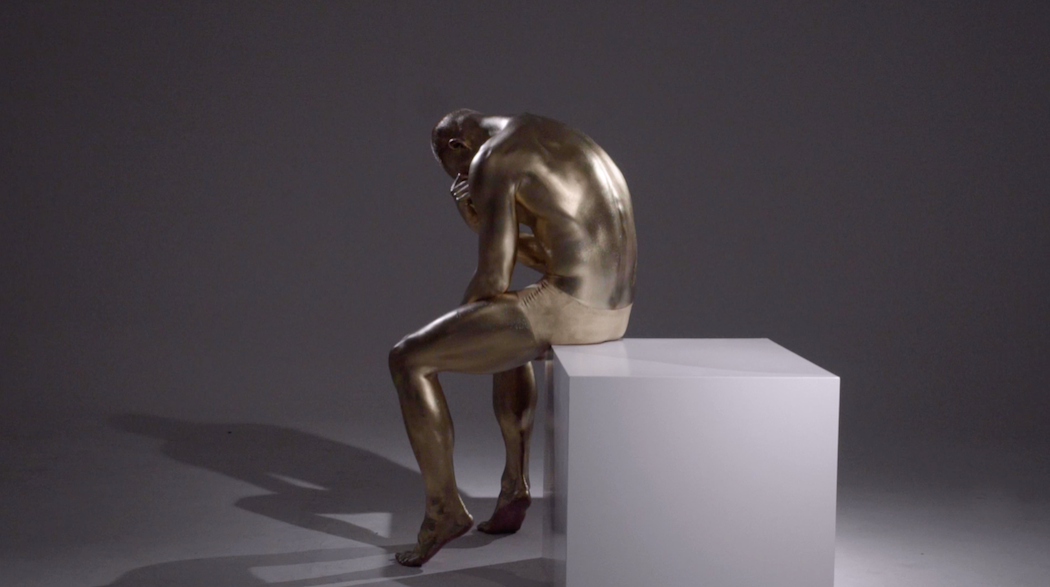 “Making words stand well on the page with, or without music” – In conversation with CYRRCA

The multilingual artist CYRRCA has just last month released his critically acclaimed album, CYRRCA. The LP features 13 incredibly diverse tracks that make it hard to believe that there’s just only one artist behind the CYRRCA project. Inspired by a multi-year journey across the globe, the LP’s tracks weave together the happenings of a trip that stretches from the Trans Siberian Railway to the Montenegrin coastline; from Rumi’s shrine in Mevlana to Turkey and the Koran mountainside.

The CYRRCA project includes a 13-track album, an accompanying art book, an episodic visual album with full-length music videos for every song and thirteen 3D animated symbols, which illustrate the mythic narrative that shimmers throughout the work.

We caught up with CYRRCA to talk about his journey around the globe, poetry and the production of the LP.

KALTBLUT: Listening to your latest album, I felt that the lyrics showed a stark poetic resemblance. Did poetry play a role in the production?

CYRRCA: The album lyrics contain fragments of poems I’d written in the past stitched together with writing in a stream of consciousness flow. One of my aims was for the words to stand well on the page with or without music. When I worked with producers in the recording studio the lyrics always guided the process, so eventually poetry became the production.

The real voyage of discovery consists not in seeking new landscapes, but in having new eyes.

KALTBLUT: The album weaves together the happenings of a trek that stretches from the Trans Siberian Railway to the Montenegrin coastline. Can you tell me a little bit about that journey?

CYRRCA: That journey began with an open-ended ticket to Istanbul quite a while ago – pre-smartphone – so it was all very analogue with only travel guidebooks and maps as references. But I was searching for something you can’t find on a map. “The real voyage of discovery consists not in seeking new landscapes, but in having new eyes”, Marcel Proust wrote. I was on that vibe. I explored as many remote places as I could and ended up spending time in thirty-something countries. I worked on a Bulgarian farm, stayed at communes and temples in Asia; probably the most epic route was from South Korea to Greece without airplanes, mostly strange ship routes and Siberian railways. Along the way I was also recording an inner journey, but never shared those writings. Later they became the basis for this album.

KALTBLUT: There are quite a lot of traditional elements, such as in ‘Namsan’ for example. Can you tell me a bit about the different types of production styles on the album?

CYRRCA: “”Namsan” features pansori by Hyojin Park, which is a Korean form of sung storytelling. Hyojin also collaborated on “Qufu Interlude” and “Apocalypse Tao” playing gayageum (Korean zither). The album features work by twenty producers, from underground London beat makers to ambient producers; minimal house productions to 808-heavy bangers. The songs also include field recordings I captured over the years: samples of beaches, railways, temples and conversations are mixed throughout the album.

KALTBLUT: How do you approach the fusion of modern and traditional aspects?

CYRRCA: I think techniques and sounds that have stood the test of time carry within them something that resonates with the heart. As music production becomes almost entirely digital, a modern or futuristic sound isn’t so much an achievement as a predictable outcome. Bringing in traditional elements made the sonics more human, which is what the CYRRCA project is all about.

KALTBLUT: ‘CYRRCA’ is hard to put into a box, genre-wise. How would you describe the album genre wise and what were your thoughts behind encompassing such a vast genre-pool?

CYRRCA: Early in the creation process I began to see the album as a unified whole not so much production-wise but rather in terms of narrative. Being stylistically varied allowed me to explore the range of experiences that led to this project. The album is a rollercoaster of vibes, with the production of each track conjuring a specific locale as well as a distinct stage in the spiritual quest within the project. These two overarching themes are expanded upon in the 13 accompanying music videos, with coordinates connecting to locales and 3D animated symbols tracing the inner quest of the work.

KALTBLUT: Your latest album carries the same name as your artist name. What’s the meaning of CYRRCA?

CYRRCA: “CYRRCA” is an interpretation of the word circa, with an Odyssean twist. It sets a reference point for time, but it’s not exact, and a reference to a journey, but more of an inner-quest than an epic. It’s about looking inward. This aligns with poetry: language can’t fully describe lived experience, but humans have always tried to express and commemorate what it means to be alive. I think there’s a great beauty in that.

KALTBLUT: ‘CYRRCA’ was released at the end of February while a big part of the world is still stuck in lockdowns with live events not scheduled to happen till later this year. What’s it like to release an album into a pandemic and how does it differ?

CYRRCA: There’s a journey motif to the project and a live performance aspect as well, and both of these depend on free, open movement. So while the project is a reminiscence of things that can’t happen now, it looks forward optimistically to the time when they can happen again. The album tracks were originally released individually on each of the thirteen full moons of 2020 through an exhibition series called “13 Moons Ritual Gathering”. A 13-moon year is special, but we didn’t know how unique 2020 would be. Even so, we forged ahead. Over fifty Seoul-based artists contributed to the series which expanded on the themes of each track. Many of the events were more intimate than originally envisioned, but more full and rich than expected. It inspired greater imagination from the creative team and more interaction from the audience which brought a distinct relevance and creativity to the exhibition series and project as a whole.