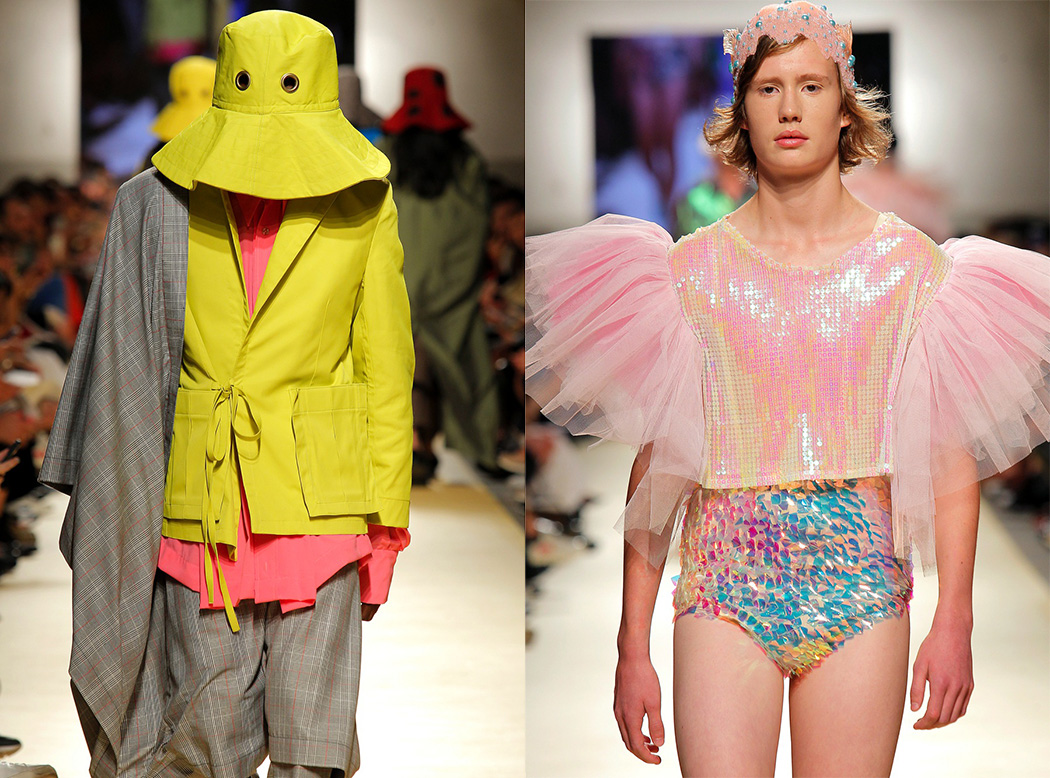 ModaLisboa Collective: Our one to watch designers from Sangue Novo S/S20

Born in Torres Vedras, in 1995. From an early age he develops a passion for creating pieces of clothing, leading him to Lisbon to study pattern making and subsequently Fashion Design at Modatex – Lisboa. www.instagram.com/feliciano.design 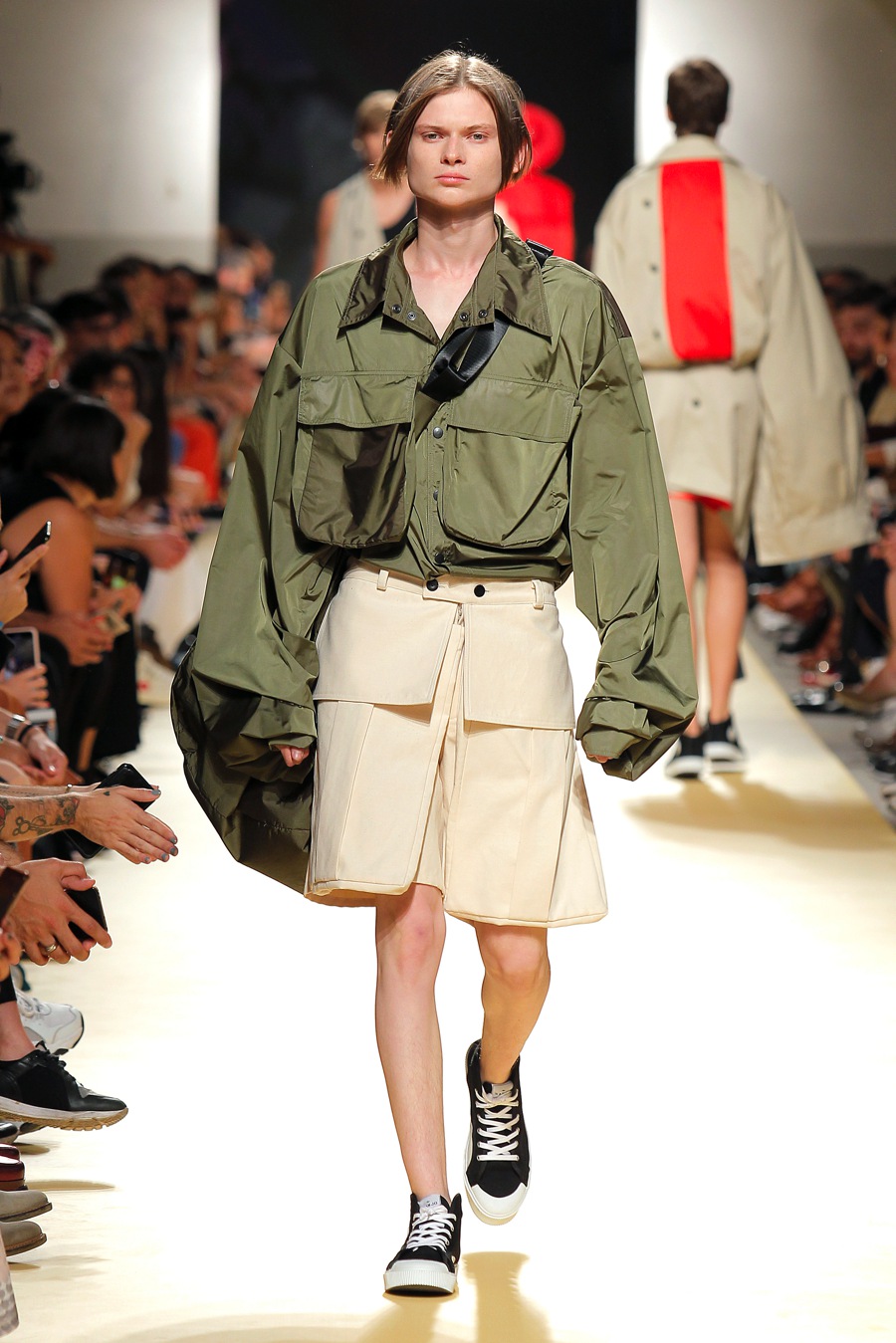 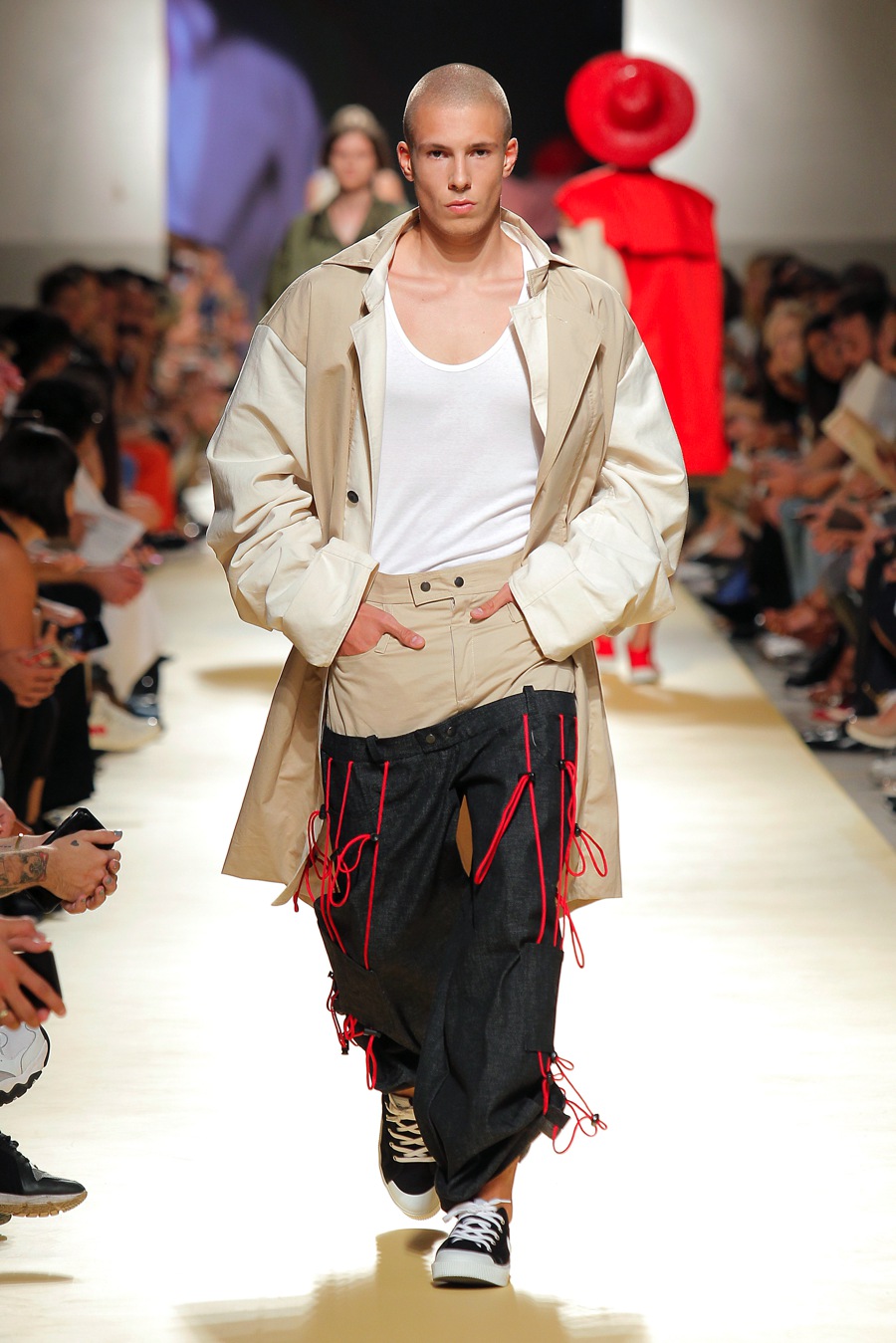 Memories of forgotten pieces… The shirts of men, who worked hard on the fields and the hats they wore to protect themselves from the sun that rises early over the cultivated grounds. The aprons and shawls that covered the women’s body, a protection from the climate at dawn and dusk.

“Back 2 Tomorrow” is born from the look of a boy who grew up with these memories. It is a familiar and personal story told through garments. It is the colors inspired by the life in the fields and the forms that seek the exaggeration of a body of greater physiognomy, like if they are inherited.
Photo: Paulo Ramos

Born in Brussels, Belgium, and studied Fashion Design at La Cambre University. This was the first place where the designer did artistic studies. He lives in a very classical family and studied in very classical schools. It had an impact in his way of work and inspiration, which led him to create collections about the mainstream phenomena or mass consumption.
www.instagram.com/louis.appelmans 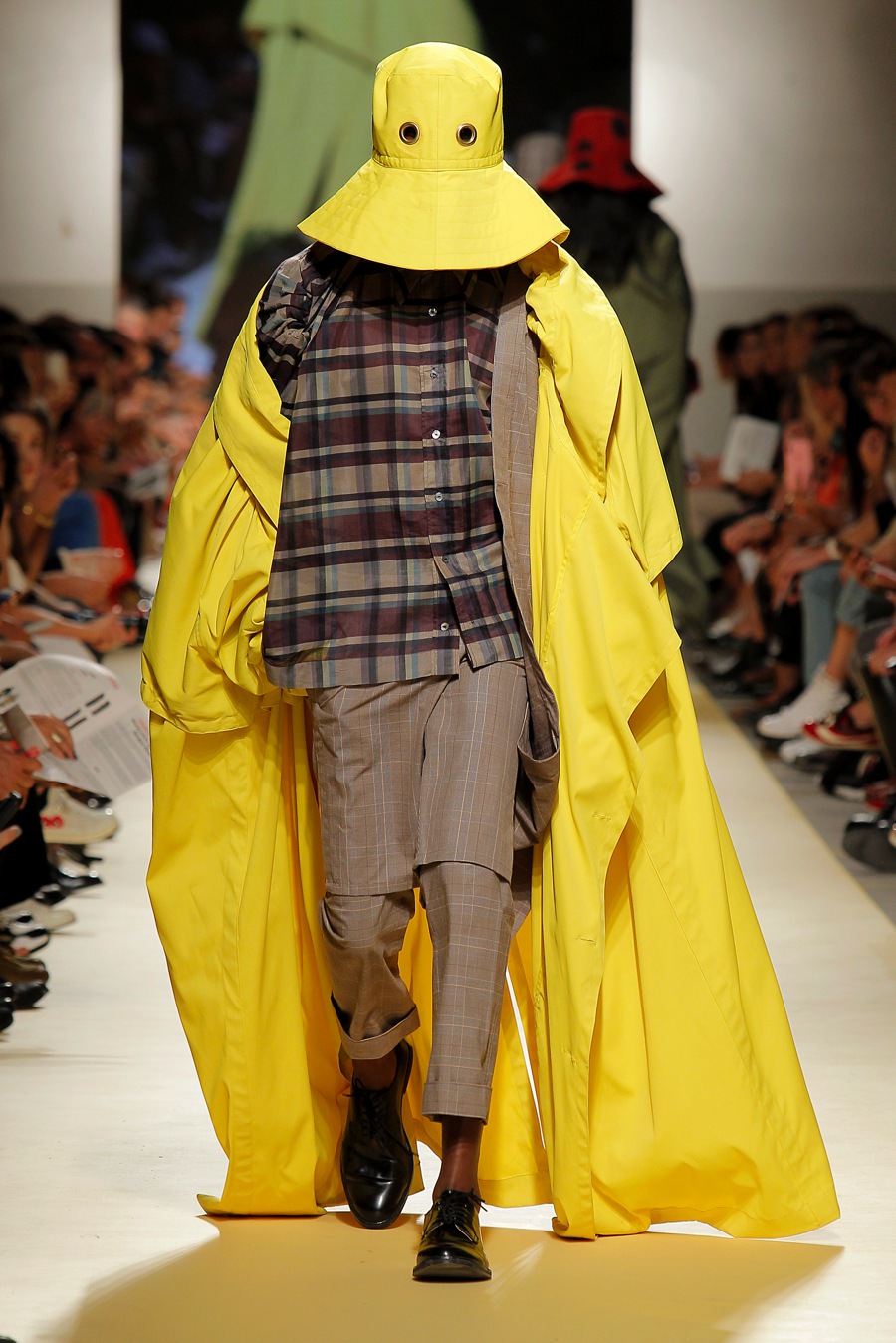 The collection is based on the duality of the image of power and power itself. Nowadays, the question of the ego and individualism have taken such an important place in our space that it seems almost as if appearance has taken over reality. 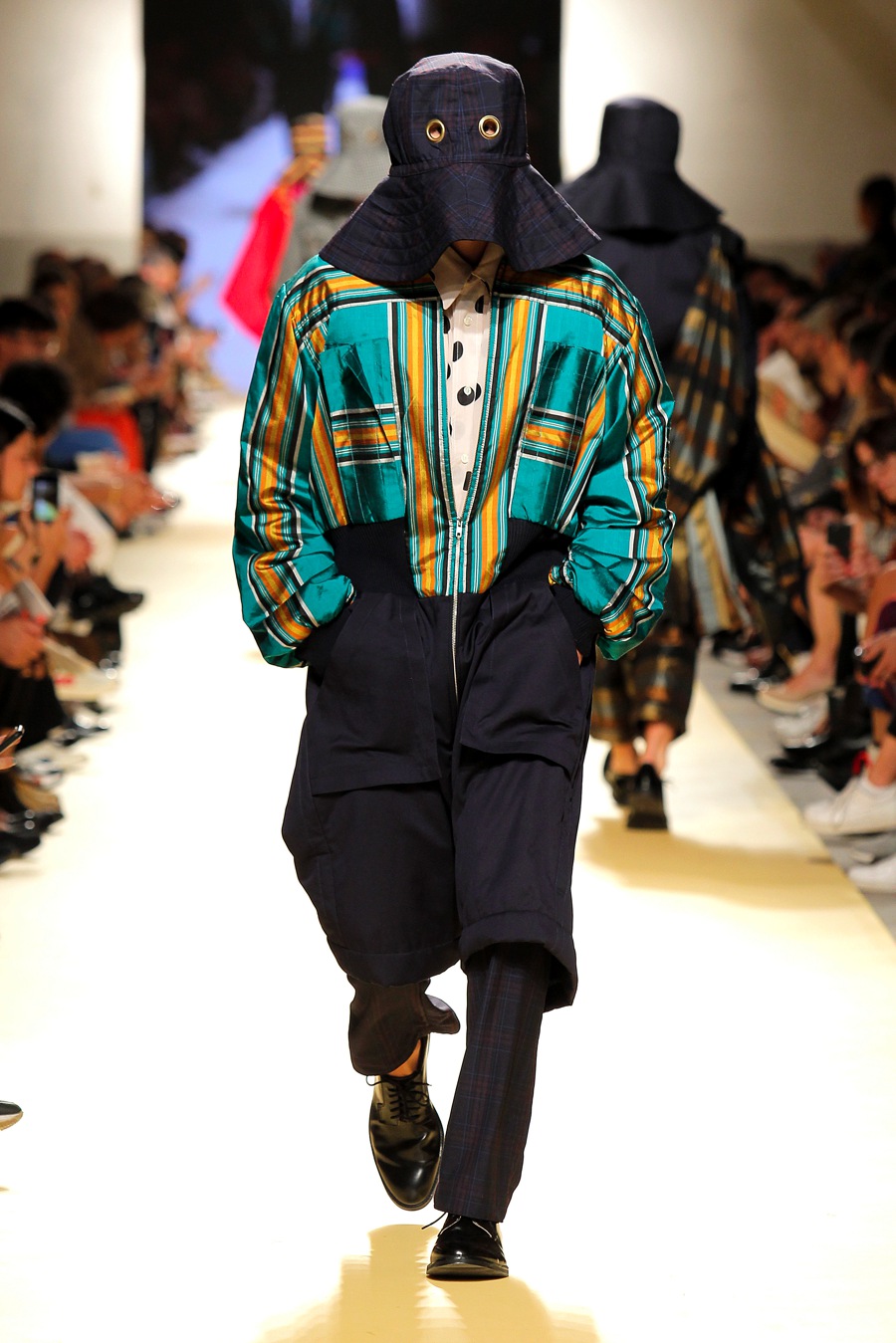 The designer tells the story of a man imperatively trying to encompass the predicates of society and to determine his own place. From there is born, naively, the ace of spades, emblematic figure of the card game, raising atop the other cards. It is the reflection of a character who clumsily attempts to blend his contiguity with the people to a greed for power and charisma.

Colors are invading the scenery, notions of volume and weight disappear. The supreme being has no more equal…

Born in 1997, in Leiria. Driven by the art world, he finished his studies in Visual Arts, in 2015. His love for fashion took him to the Instituto Politécnico of Castelo Branco, ESART, where he completed his degree in Fashion and Textile Design, in 2019. In the same year he was one of the finalists of the Portuguese Fashion News contest, where he won the second place. www.instagram.com/franciscop97 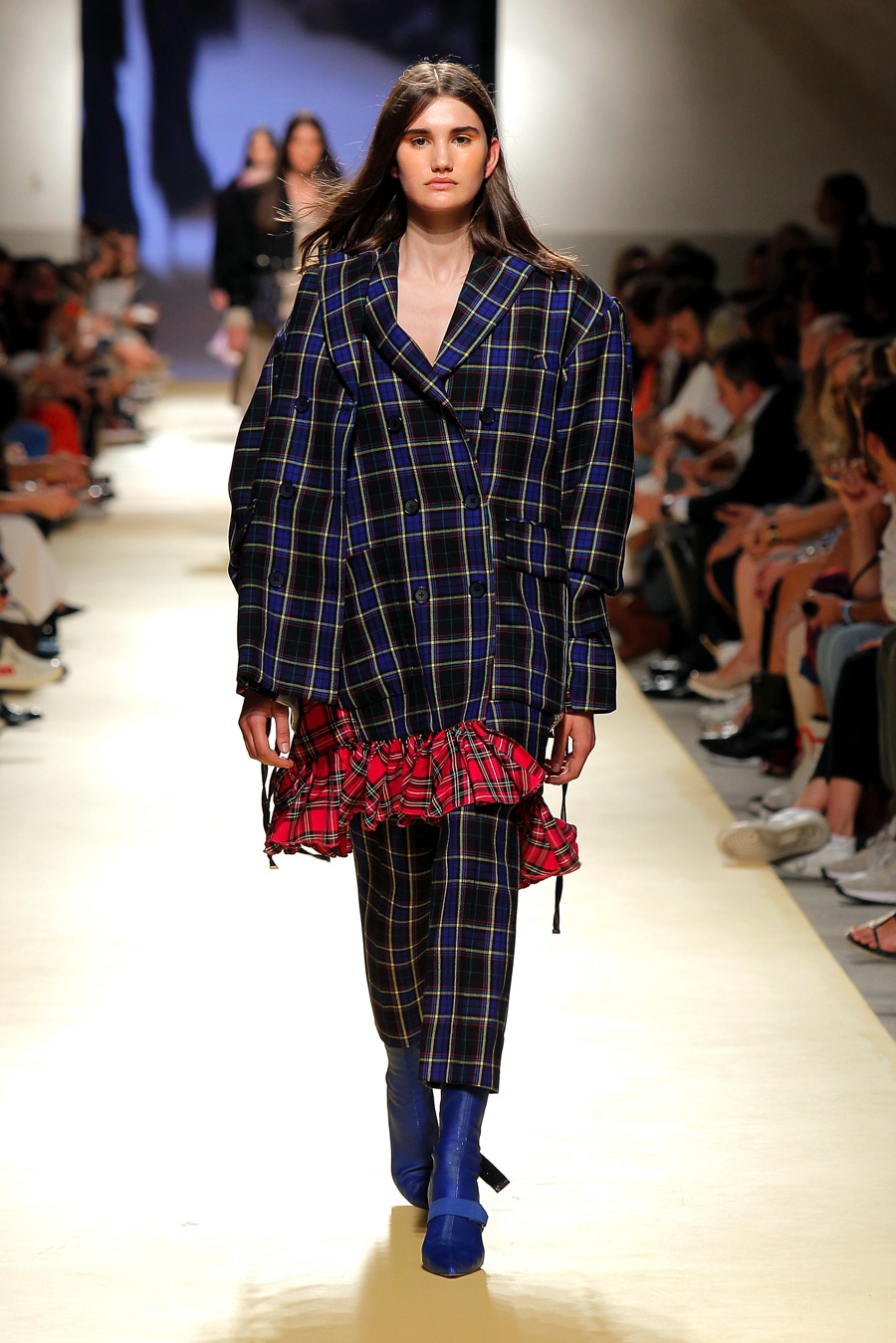 The Derek Ridgers’ photographs in one of the Ibiza’s biggest nightclubs in the 80s are the initial idea for this spring/summer 2020 collection.

The intoxicating and extravagant atmosphere brought by the nightlife attracted many people who sought to tune out the world for a moment and deconstruct their prejudices. Inspired by eccentricity, fetishistic behavior, and the environment where freedom of expression prevailed, emerged the “Girl Gone Wild” collection. 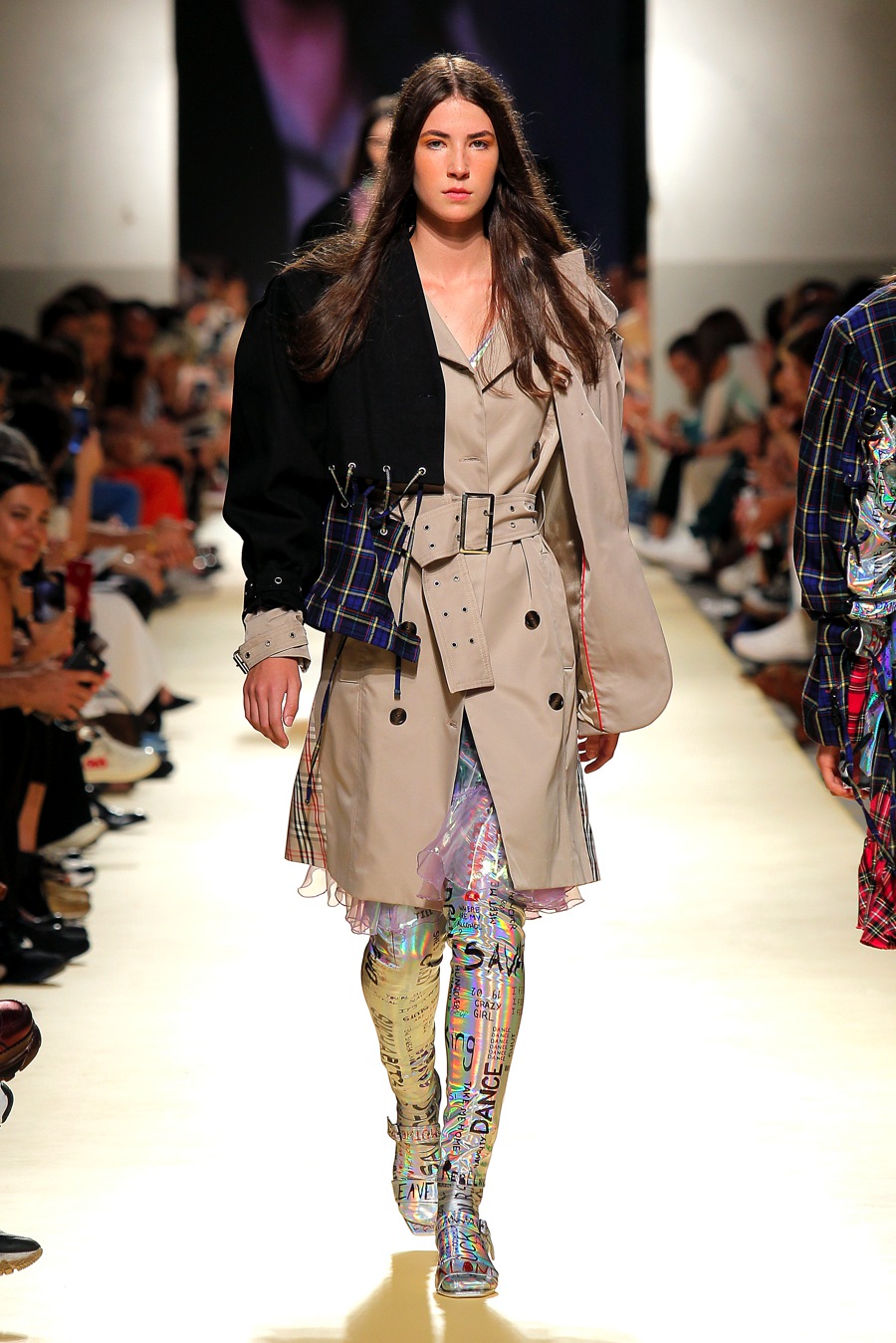 The festive atmosphere and noisy images are interpreted through graphic prints, which merge themselves with classic patterns, sparkles and transparencies. The silhouette used will create a fusion between classic pieces, with bulky shoulders, tighter pieces, and more fluid pieces, signaling and deconstructing the formality of everyday life, contrasting with the noisy and free view of the nightlife of the time.

A fashion designer mainly inspired by Pop culture, which he usually manipulates critically and satirically. This approach, intertwined with his own imaginary and aesthetic, creates the raw material for his collections. www.instagram.com/andrew.f.saints

André Santos is a designer who wants to give voice to emerging situations in society, with a special focus on the present diversity in the definition of personal identities. 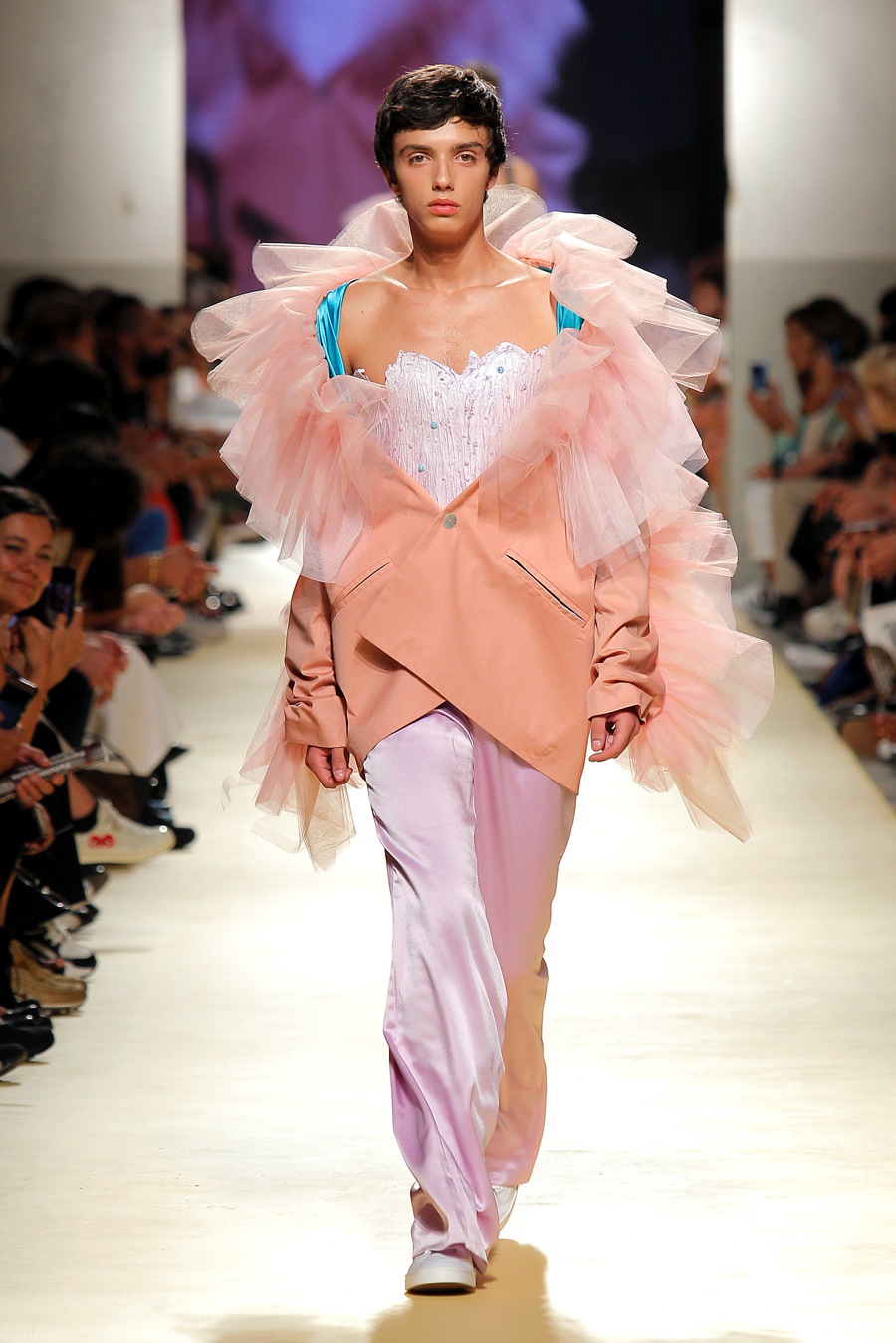 The parameters that define masculinity are not immutable and are constantly evolving. “Venus as a Boy” intends to explore a new form of masculinity, a masculinity beyond the stereotype of color and beyond gender labels. It is an exploration of male sensibility through the sensualization of the body and the softness of shapes, colors and fabrics.

“Venus as a Boy” is a manifesto against old-fashioned standards previously established by society, and it seeks to open doors to new forms of individual expression.

We need ‘Sangue Novo’ like we need oxygen. New talent is as essential to a clear and unobtrusive vision as breathing is. We reopened the contest to the world and made it yearly. The call for young designers was sent to the main national, european and american fashion schools. Through online sharing, we received 82 applications from Portugal, Brazil, United Kingdom, France, Italy, Spain, Romania, Germany, Greece, the Netherlands, Belgium, and the United States of America.

Each finalist received a cash prize of 1000 euros and present a new collection in March 2020, when the jury will select the Sangue Novo winners.
www.modalisboa.pt/en/sanguenovo/modalisboacollective 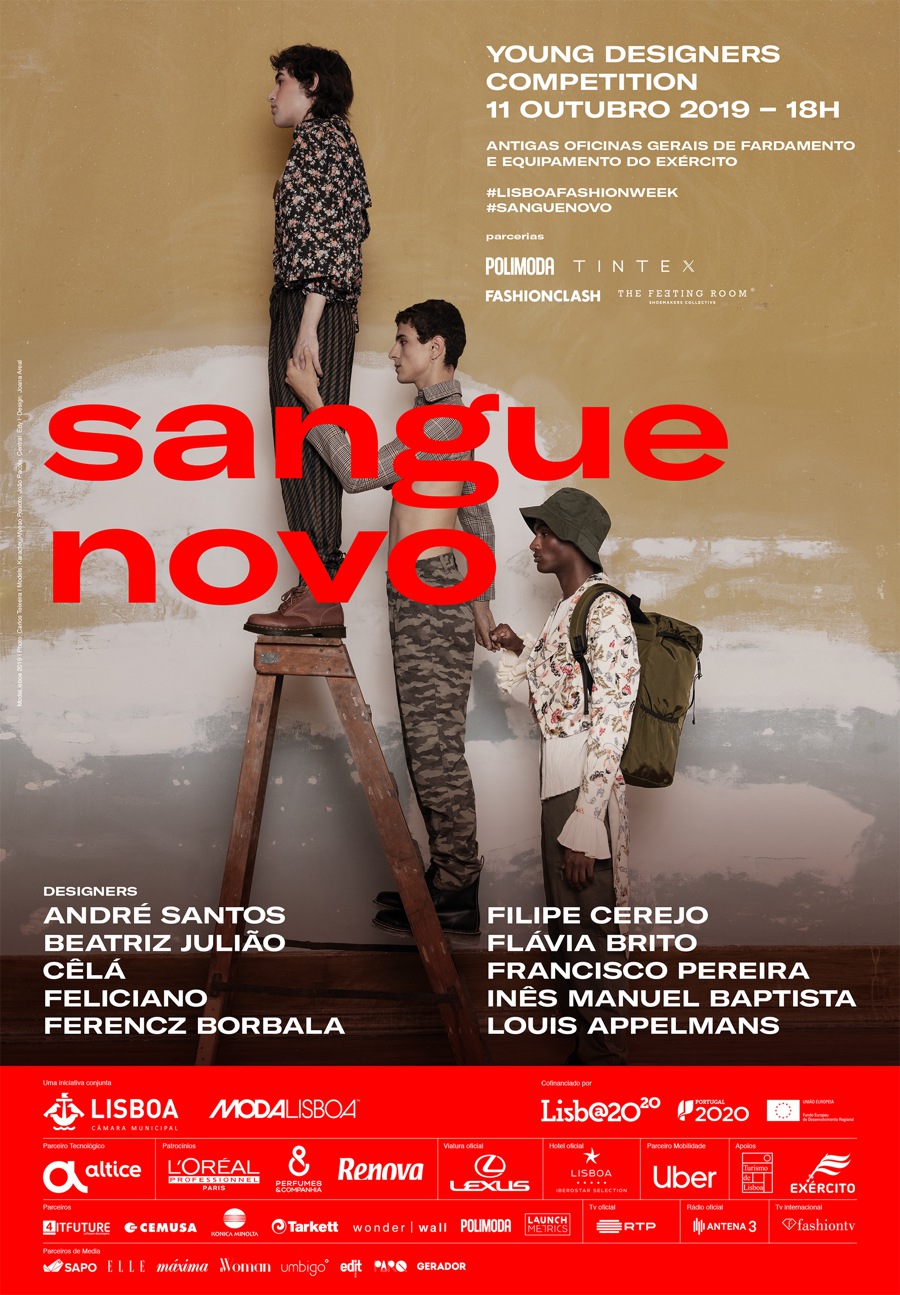