Originally hailing from Warsaw, freshly London-based producer and industry zeitgeist VTSS releases a new music video taken from her latest record titled ‘Borderline Tenderness’. Like the title of the EP suggests VTSS is cultivating a space for the more inhibited side of electronic music to emerge while exploring the potential of her shape-shifting sound. With strong musical partnerships, she has created an intimate area where authentic bonds within members of a diverse community collide with her fresh take on the dance floors of the future. The single ‘Goin Nuts’ features a collaboration with LSDXOXO‘s vocals, hot on the heels of his techno-pop sensation ‘Sick Bitch’.

The short film for ‘Goin Nuts’ is seen from the angle of a voyeur or someone watching from the edges of the crowd. Each scene tracks a growing tension around the act of being observed and for many of the city’s queer community, this is a reality of everyday life. Conspicuousness for many queer people is a shield from the hostility of the world around, clothing is armour, style is a defence and fashion is a calling card for identity. In the video, we can see the brutalist landscape contained within the architecture of many Berlin landmarks. It is as if the city itself is a member of the community, also cloaked in style, hiding unknowable depths, shielding the community while also offering an intimate peek inside a queer and often unnoticed POC community within Berlin.

“This was one of the most inclusive, diverse, and beautiful productions I’ve been a part of,” says cast member Daniel Marin Medina, a Berlin-based artist represented by MOTHER. “The attention to details is setting a new standard for production—something as simple as saying, in hair and make-up, no visible baby hairs on anyone that isn’t Black, or putting gender-inclusive signage on the bathrooms, or including people’s pronouns on the call sheet. It’s something that to us seems so basic, but makes a big difference.” 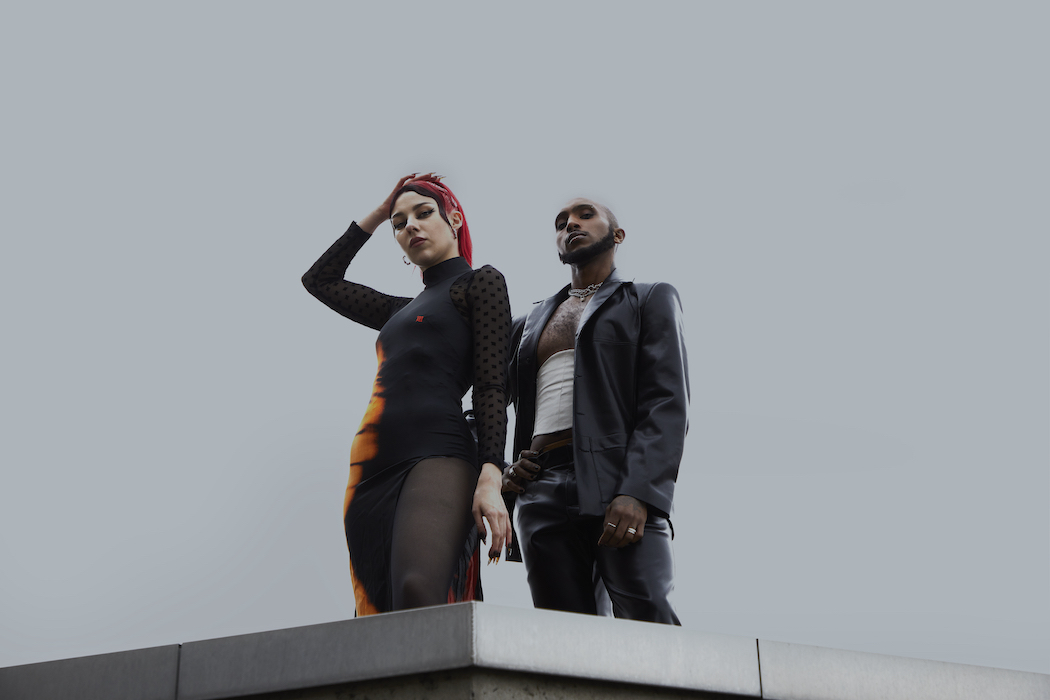 Working closely with Director of Photography Kimani Schumann and Movement Director Steph Quincy, Directors Soul Suleiman and Leanne Mark (co-founders of agency MOTHER) have used tracking shots to weave between bodies, artfully weaving the voyeur narrative. The video utilises the bodies of many of Berlin’s resident queer community to offer a reflection on the many ways present-day surveillance culture affects the way we see bodies, faces, clothing, and people. And more importantly, how those disparate elements are read, analysed, and dissected, an important element to the concept of the short developed by Soul and Leanne. As the tension in the video builds, the camera pulls back to reveal VTSS and LSDXOXO, positioning them as guardians, bastions of a boundary-pushing scene, and a new modern dance ethos.

Borderline Tenderness is out now on Veyl