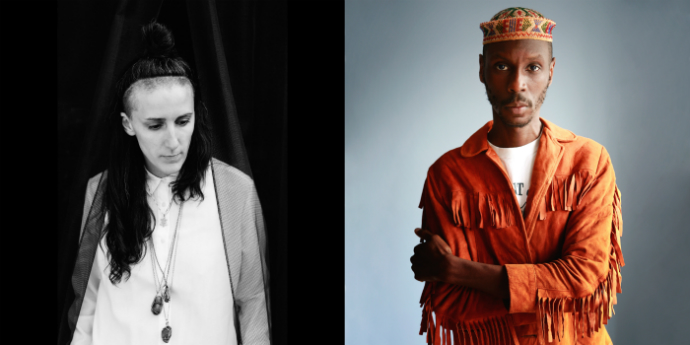 Moving towards the keyhole: An interview with Lauren Flax & Josh Caffe

“U Know” is the new single from artists Lauren Flax and Josh Caffe. An infectious Deep House track from Flax’s upcoming “U Know EP”, out 21. 11, which features Josh’s sultry, reticent vocals. Both acclaimed artists in their own right, Lauren is a Brooklyn-based DJ, songwriter and record producer with an extensive discography of originals, collaborations and remixes. This K7! / Young Turks artist is also a member of CREEP, with production partner Lauren Dillard. Her list of collaborations features Grammy-nominated artist Sia, Kim Ann Foxman, Tricky and Romy XX. Josh is a London-based DJ, producer and vocalist, and member of Nostalgia Of Mothership, who provides soulful lyrics for a variety of infectious dance tracks, and whose vocals feature on “U Know”. Both are Berlin regulars, with a love for the city and its vibrant dance culture. They’ve played at a number of its venues over the years, including ://about blank, IPSE and Zur Wilden Renate. It was actually the city that first brought them together, after being stranded in Berlin during the 2010 Icelandic volcanic eruptions. In anticipation of the release of “U Know” on Nervous Records, KALTBLUT got in touch with both the artists to speak about their new collaboration, their respective gay nightlife scenes in London and New York and the connection between electronic music and gay culture. 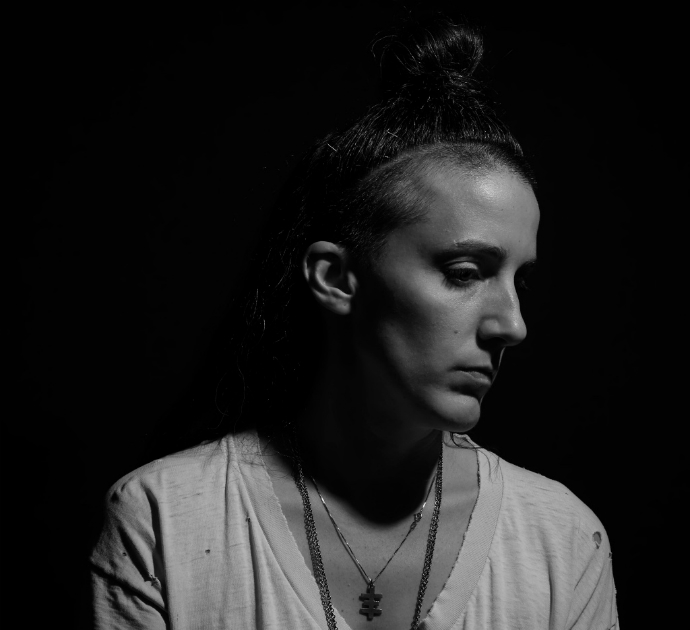 KALTBLUT: London and New York both have strong underground gay nightlife scenes, how do you see your role as artists within these scenes?
LF: We have a strong community here and I don’t know where I would be without the queens and queers. They splash color and texture all over this city, even though outliers feel it’s slowly dying. Clearly they haven’t carried to the right parties because nightlife culture, especially the underground scene, is flourishing, growing, glowing and evolving. I live to make those bodies move.
JC: I agree. The support we get from our communities is beyond encouraging. As a gay artist I just want to showcase who we are the best way I can to the world.

KALTBLUT: What do you feel the special relationship is between electronic music and gay culture?
LF: They are about not being the standard. They’re about living our truth and pushing boundaries. They’re about creativity and expression. When you put gay culture and electronic music together, you get impactful results that move beyond gay culture.
JC: Exactly. In the 70’s/80’s there was so much going on in our communities for the first time. The birth of electronic music and underground gay clubs became the perfect outlets to tell our stories and be creative with it. It’s great how this relationship grew and how we are acknowledged more for it in most places.

KALTBLUT: The Orlando Nightclub Massacre had a collective impact extending beyond Pulse because it transformed a designated safe space for gay people into a dangerous one, how did the effects of this event resound with you and your respective scenes?
LF: I just felt so very violated that they got us in our home and our church. That IS supposed to be our safest place. I had just left the states for Berlin for the summer and I thought I would feel alone over there, but the protests that went on were powerful. That incident rocked the entire world, but no one worse than a queer person of color. I was thankful to have a space to express anger and grief with so many others and also be an ally to QPOC.
JC: It really spun me out and made me so angry. Like you said, that is supposed to be our safest place. The unity from everyone around the world really lifted the feeling of fear and anger. I couldn’t make it to the vigil in London but the footage you see from it summed up how much more it brought us together.

KALTBLUT: How does it feel whenever you come to Berlin, a city with such a thriving gay scene and tradition of amazing electronic music?
LF: Always inspiring. I’m inspired whenever I am in new places, but nowhere more than when I’m in Berlin. Most of my musical family is there and their lifestyle reminds me to keep the balance between work and pleasure. I sometimes forget to actually enjoy music, which is a crazy thing to admit, but that’s what can happen sometimes when it’s your livelihood. Berlin and New York have too much to offer to forget to enjoy it though, so I’m thankful to be pulled back into it.
JC: Whenever I come back from Berlin I’m always gagging to get in the studio. There’s also such an aspiring sense of freedom through the nightlife, which we have in London, but there it’s another level.

KALTBLUT: You both play Berlin a lot, would you say the gay nightlife differs between scenes here and in London/New York?
LF: They’re pretty similar to me. Most events are at least a good mixed crowd of everyone, so its always inclusive.
JC: Agree. I just wish it was easier for us to open more gay clubs in London!

KALTBLUT: Do you have a favourite haunt when you play in Berlin, New York or London?
LF: That’s a tough one. It’s always so major to play at Output, but I also love playing at House of Yes in Brooklyn. Its developed into a pretty legendary spot, which stretches more boundaries and has super interesting events. As for Berlin, ://about blank and IPSE are always such solid places to play. I love a good outdoor area.
JC: In London I love playing in a good ol’ basement club especially if I’m doing a live pa. Dalston Superstore, Vogue Fabrics, the Eagle and Eastbloc are all perfect for that. In Berlin I enjoyed playing at Renate, SchwuZ and Loftus Hall. My 2 fave places to play in NY recently closed – Spektrum (Brooklyn) & Westway.

KALTBLUT: On “U Know”, when Josh sings about moving towards the keyhole and being able to see “you” on the other side it feels symbolic but also very personal, could you elaborate on the choice of lyrics for the track?
JT: Well the whole lyrics are about confronting your feelings, acknowledging a situation you’re in and wanting to escape – from a relationship point of view. Looking towards the keyhole represented the truth you uncovered from doing so. 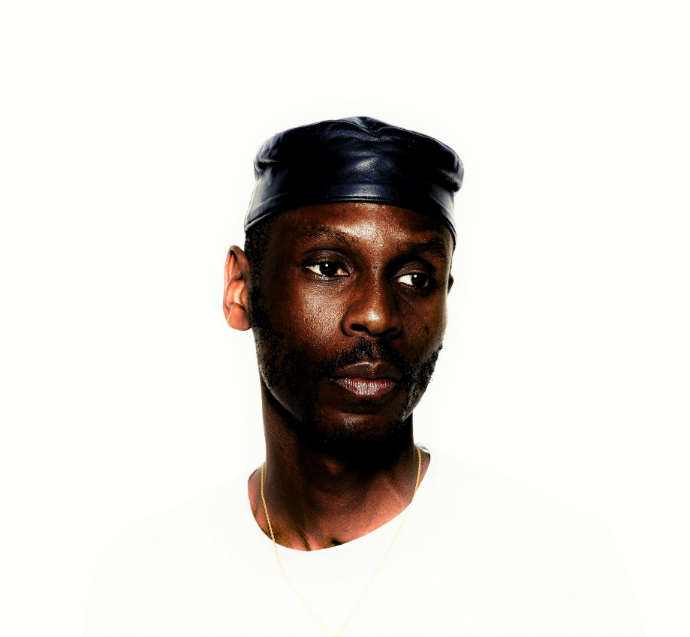 KALTBLUT: You both play a vital role within gay scenes and electronic music, is that how the collaboration between the two of you came about?
LF: We share quite a few friends in common in both New York and London so it was inevitable for us to meet and of course love each other. We planned on working together last year when the right feel came along and this one was it! When he sent me a rough take on it I was so so excited. These are my favorite types of collaborations, hearing what type of words my music invokes.
JC: The scene and music definitely brought us together. We first met through Hannah Holland while stuck in Berlin during the Icelandic volcano eruption, freaking out about how we were going to get to our next gigs! I’ve always loved Lauren’s music, especially CREEP and knew when the right time came about we’d do something together.

KALTBLUT: After the release of “U Know”, do you plan to collaborate together again in the future?
LF: ABSOLUTELY
JC: HELL YES! Lauren Flax feat. Josh Caffe the musical. 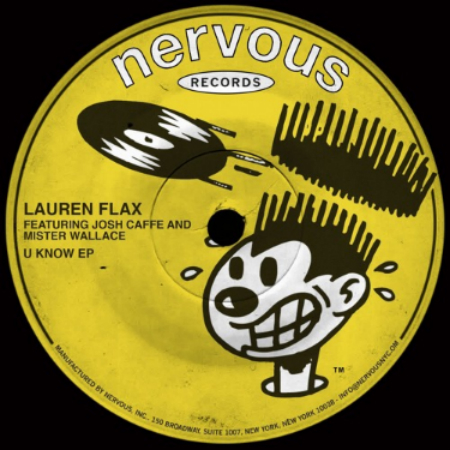