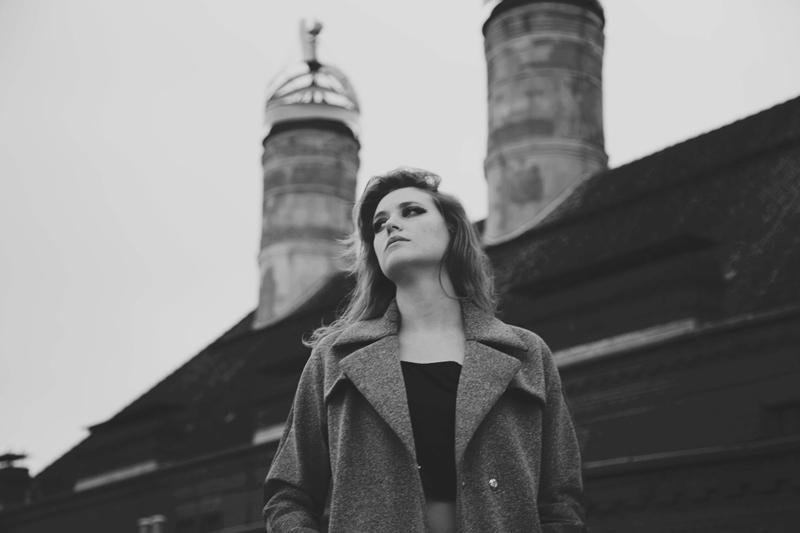 Taken from Kat’s debut EP, the video for “Sooner or Later” leads us into a foggy limbo of time and nature. Created by Daniel Bartels and Julian Ticona Cuba of German creative team, NOISE, we watch Kat push through the depths of the forest mist and are witness to her ever increasingly curious encounters with huge misshapen organic structures – some simply floating in mid air! Is Kat on a quest? I’m not really sure. Is it a zombie fog? Well, no. This isn’t the type of fog that’s too threatening, it’s a bit like an early morning haze. You know the kind. Nothing like the Silent Hill series.

Daniel Bartels & Julian Ticona Cuba: “We wanted to symbolize Kat’s inner struggles and questions by a trip through dark landscapes with various symbols and sculptures in it. Just like her emotional states, the sculptures are trying to put themselves together but never seem to complete. Signs lead here through different areas until she finale reaches a lake in which she tries to find the answer.” Kat’s debut EP will be released late this April via AdP Records.

You can currently stream her single here:

Stream on Rdio: smarturl.it/RdioSOL // Stream on Spotify: smarturl.it/SpotifySOL
Take a look at our introducing piece on Kat here!