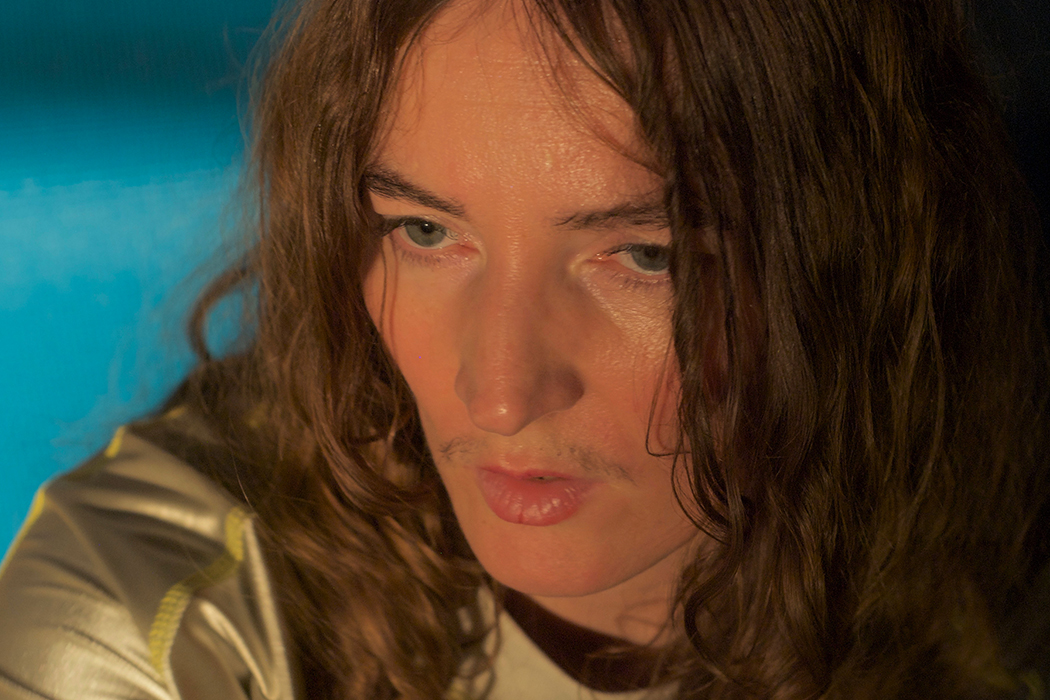 In Conversation With Planningtorock

From Bolton to Berlin and back again Jam Rostron (a.k.a Planningtorock) has released their fourth album ‘Powerhouse’: a pulsating patchwork of personal stories from their childhood. Awash with new energy and unashamed authenticity, the album features some of Rostron’s most intimate lyric writing to date. From tracks that expose potent and at times painful memories of their past (Powerhouse, Dear Brother) to synth-drenched romps through present-day encounters with their non-binary genderqueer experience (Much To Touch, Transome), ‘Powerhouse’ proves that facing past demons can not only release them – but lead to a renewed strength and freedom. Written and recorded across Berlin, London, New York, and L.A., ‘Powerhouse’ is a triumphant soundtrack for celebrating one’s truths boldly and unapologetically. In the run-up to their album release party hosted by Transmissions in London last weekend, we talked with Rostron about this emotionally-charged new album and their upcoming plans for a Berghain live show in January next year. 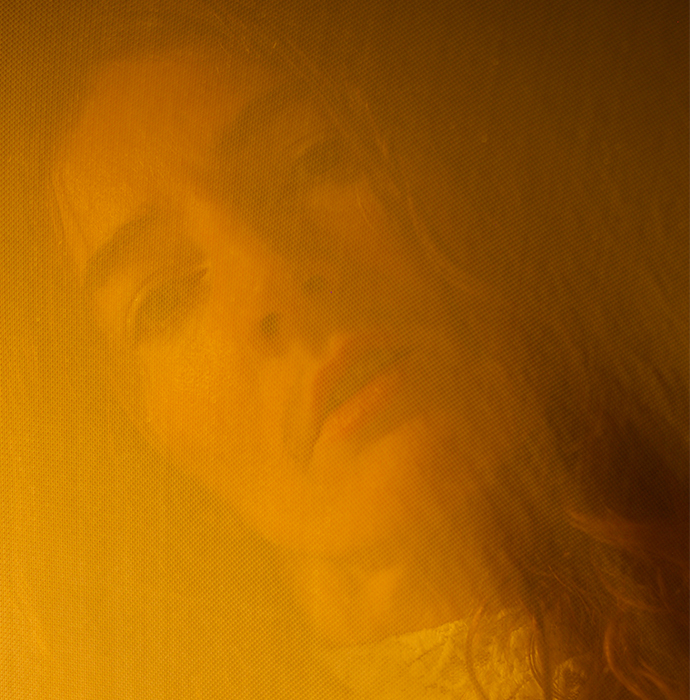 KALTBLUT: We experienced so many emotions while listening to the new record for the first time, it really took us on a journey. There’s a more minimal soundscape than the last album. Was this intentional to allow the lyrics to be the focus for the listener?

PTR: Thank you so much for your kind words about the album! As I wrote each song on this album, they all got their sonic identity as the lyrics were written and locked down. I generally do like songs that are simple, in a sense that they only have exactly what they need, so yeah I’d say it was intentional.

KALTBLUT: The vocal pitching that was once considered to be a distinct identifier of your music is now intimately connected to your transition. When did you start to make this connection and can you tell us more about the vocal processing techniques that you used on this album compared to ‘W’ and ‘All Love’s Legal’?

PTR: The very first time I pitched my vocal was while recording my second album ‘W’, and it was an incredible moment. It was like hearing my real voice, and it was like “oh there I am”. I identify so completely with the pitched vocal that it was like a doorway into myself and that was how the track ‘Doorway’ came into being. My method of pitching is particular to my production style. I pitch up the instrumental track that I’m singing on and sing in that pitch, and then bring the pitch of the music back to its correct pitch, and then the recorded vocal, and this then creates the pitch I identify with.

KALTBLUT: It’s on the track ‘Beulah Loves Dancing’ that we hear your spoken voice, your raw vocal, why did you choose to feature it on this particular track?

PTR: Beulah Loves Dancing is a story/anecdote about my sister, and it felt an important part of the storytelling that the listener hears my dialect to help be transported to that place and emotion.

KALTBLUT: You recorded part of the album across Berlin, London, New York, and Los Angeles. Did this allow you to bring in new and different vibes to the tracks? For example, the R&B influences that are more present on this record.

PTR: It was really important for this album that I could record it in different places other than my studio in Berlin because the material was so biographical, so personal that I needed a lot of space to be able to go to the emotional places I needed to write from. I think L.A. did influence some of the music. I wrote ‘Non-Binary Femme’ and ‘Beulah Loves Dancing’ there and recorded the vocals for ‘Transome’ in my bedroom in L.A.

KALTBLUT: Why do you choose electronic dance music as the vehicle for your message?

PTR: Dance music is such a powerful place to speak from. Its so strong and can carry heavy topics and politics and pain. After I released ‘All Love’s Legal’ and especially after the tour, I learned first hand how powerful a dance track with a political message could be in its ability to connect and bring people together.

KALTBLUT: In what way has living and creating in Berlin all these years influenced and impacted on your music-making and getting to this point in your creative journey?

PTR: Moving to Berlin was such an emancipatory experience for me. Suddenly, for example, nobody knew what class I was. Nobody knew what my dialect was, they just saw me as a Brit. So I was somehow freed up from the constraints of the society and the culture that I was brought up in. This gave me a lot of new space and enabled me to create Planningtorock. Berlin continues to be important to me and my music. So many amazing queer music producers are here, and the queer music scene is strong here. Plus there are so many great queer spaces and venues to perform which is very different to London for example and amazing festivals like DICE festival which is for non-binary genderqueer trans and female identifying artists.

KALTBLUT: The title track, ‘Powerhouse’, really moved us. We’d love to know which kinds of records your mum used to play?

PTR: My mum Janet is a huge Aretha Franklin fan and played a lot of her records – also Ray Charles and even some fun film soundtracks like  ‘Car Wash’ by Rolls Royce I remember she had that on cassette and played it non stop in the car. She also played tracks like ‘You Really Got Me’ by the Kinks which I loved as a kid because it felt so hot [laughs]. When my sister started making her own house mixtapes, mum would play them pretty loud in the car as well.

KALTBLUT: Sharing such personal experiences is really inspirational as it can give others permission to do the same and lean into their own truths. How did you decide to move towards this more directly biographical approach for the lyrics on this record?

PTR: I wrote this record to help me. To give me the space to heal and understand old wounds. To own and express my sexuality and queer identity. Writing lyrics and songs about my stories was the only way I knew how to do this. Music is my education and sharing stories is, in my opinion, is one of the strongest ways in which we learn from each other, a kind of human education.

KALTBLUT: Tracks from the last record, such as ‘Misogyny Drop Dead’ and ‘Patriarchy Over and Out’ were heralded as battle cries for our queer community – but maybe it’s the act of being truly vulnerable and open that is the more political act that we can make in today’s world. How does it feel to open up about these complex and multi-layered memories and experiences?

PTR: It feels amazing. I was very nervous and felt vulnerable before the first songs got released but after they were out the response was so overwhelming loving, and one of understanding and people began to share with me their stories, and I didn’t feel alone.

KALTBLUT: Are you already working on your concept for the live experience of the album and can you give us any teasers?

PTR: Yes! Running in parallel to the album, I’ve been writing and producing a new live show. For this show, I’ve been fortunate enough to receive funding and co-producers to help create resources to cover costs for rehearsals financially and to recruit an amazing creative team. I’ve got a lighting designer, a stage designer and I’m working with an incredible cast performer who will be with me on stage one of which you already know, Maija Karhunnen who featured in the music video for ‘Much To Touch’ as well as the choreographer Ian Kaler and dancer performer Amrita Sunshine. We are a cast of queer-identifying, femme identifying, non-binary identifying, trans identifying and disabled and abled performers. The premiere will be at Berghain (who also co-produced the show) on the 16th and 17th January, and then we tour the show to Paris, Dresden, Munich and then London and New York. The show has been co-produced by the Schauspiel Theatre in Leipzig and Berghain Berlin and will premiere in Berlin 16th and 17th January 2019. Then the 20th January at La Gaite Lyrique Paris with further shows in Dresden, Munich, London, and New York. More live dates to be announced soon. 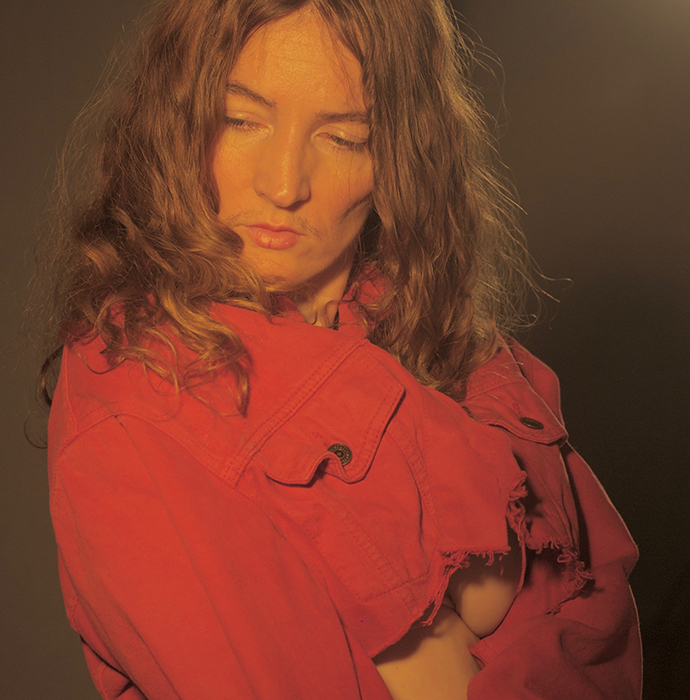