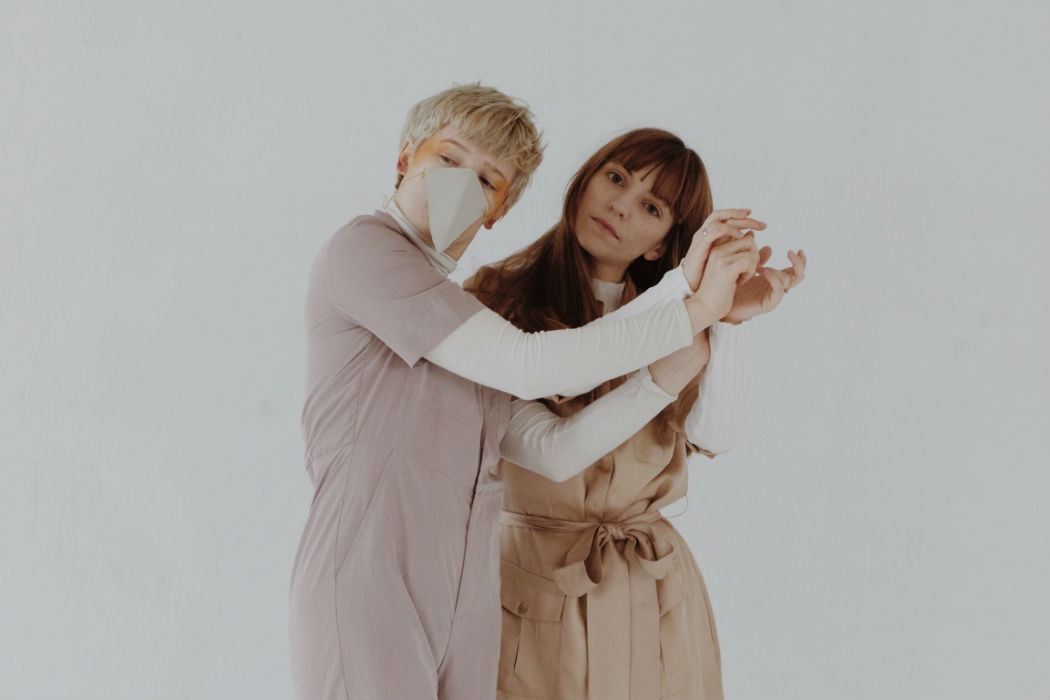 Pop Culture: Lotus seeds for the Lotus Eaters and how Maenads can save us

2019. Despite all odds, politicians determined to destroy the world still govern us and we are yet to figure out how we’ve come to this. No wonder why everyone seems to be so frustrated. We’ve been filling our hearts with hate – even for the smallest things (cue, literally, to ALL comment segments), instead of championing love and coexistence like we should. And then, there’s apathy – often a sign for ill mental health. When combined – hate and apathy, they make monsters of humans. Hate and apathy for those who have less, hate and apathy for those who have more. What I’ll be exploring on here is how pop culture’s disconnect from the average person’s reality, has perhaps been an incubator for these sentiments and how we could switch up the narrative, if we came together and formed strong and informed communities.

First of all, what is pop culture? By definition, “popular culture (also called pop culture) is generally recognised by members of a society as a set of the practices, beliefs and objects that are dominant or ubiquitous in a society at a given point in time”*. Is the current pop culture representing the times we live in? Is pop culture promoting a healthy, equal and civilised lifestyle? My answer to both questions is a bold “no”.

Social media has brought us closer to our idols. We see them drinking coffee, being all loved up, going on holidays. We’re treated with behind the scenes of them at work, being all goofy with their team members. We’re there when they announce something big, happy or sad. We leave comments, as if we know them and we’ll attack anyone who’s coming for them. This user behaviour is actually encouraged by the algorithms running on the tech platforms we all use. Suddenly, fans have become an army working hard to guarantee success and traction to their idols’ channels, even if that means attacking their competitors.

I spoke before about it and here’s it written. In historical times like the ones we live in, art and culture are supposed to play the role of providing shelter, as well as inspiring the great revolution for progress and the re-establishment of values. However, nowadays, art and culture are not inspiring revolutions anymore; they have taken their role of providing shelter, perhaps a bit too seriously, and therefore, what they offer – in abundance – is forgetting. Forgetting the problems we face in our everyday life. We – the modern lotus-eaters – consume what appears to be a “perfect life”. Subsequently, we throw on some beautifying filters over ours, to appear as if we don’t miss out on luxury, love and happiness. We’re taking pages out of pop culture’s textbook – we fake it until we – hopefully – make it. We’re addicted to the “lotus seeds”. Having said that, it’s not entirely our fault that we cluelessly entered this vicious circle.

Inconsistency between pop culture and reality.

I understand that pop culture is meant to be glossy, but what happened to hiding messages of resistance and chagrin over societal problems and global politics? The content that’s dominating our TVs, radios, screens is for the most part uplifting and nonchalant – something that’s clearly contrasting the darkness of our times. Professor Hartmut Rosa in his book Resonance: A Sociology of The Relationship To the World argues that if one loses their resonance with the world, they’re more vulnerable to feelings such as those of alienation and unhappiness, therefore more likely to be affected by a mental health issue. He also claims that, while in the past our family and work environment, the political background and sports, religion and art were connection points for the people – thus, helping the society to connect and be in tune with the world, nowadays, the relevance of these points is fading. This is leading to collective mental health problems. Our societies are literally sick. It’s predicted that by 2020, unipolar depression will be the second leading cause of global disability burden. 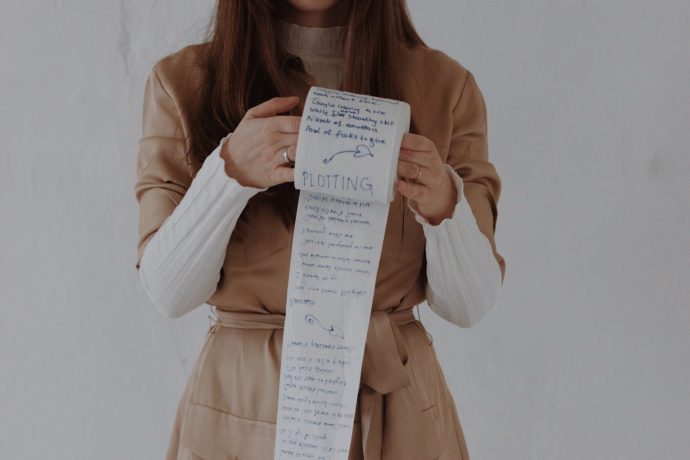 Pop culture (and the click-driven media reproducing it) seem to be left unimpressed by the aforementioned studies and statistics. It’s rather paradoxical that the more our screens are filled with the (mostly white and gender binary) rich and successful, the more the number increases of those stricken by poverty around the world. That may be due to limited to no access to clean water, military conflict, poor education, climate change, financial crises and so on. According to the World Poverty Clock, 8% of the world population lives in extreme poverty – that’s more than 588 million people. At the end of every year, we’re presented with new studies and alarming findings of health and our societies, to which we remain apathetic. We seem to be caring more about scoops on Demi Lovato and the Duchess of Sussex**, than about the number of children dying per day. Just so you know, according to UNICEF, that number is about 29.000 children under the age of five dying per day.

In our western world, fast-capitalism has overtaken our lives. We’ve idealised and sometimes, try to appear like we live on an outlandishly rich lifestyle while knowing that almost half of the people in the world live on less than $5.50/day ***. We live to consume and that’s been consistently used against us. It’s about time we retake control of what we get served and imbibe. Art and culture (incl. pop culture that is in question here) shall be consistent with the times we live in – not showcasing a consumerist dream that only few can afford. As we’re all recovering from the unreasonably and insensitively glamorous award season, I call on our societies and the communities within them to show up; become aware of the problems we’re facing as a whole, bring the change, fight ignorance and insensitivity.

And they do show up – they really do! We just need to become more and more.

What can we learn from maenads?

Over the past years, we’ve increasingly seen people coming together, creating communities with power and great influence. That’s incredibly encouraging for creators like me who draw inspiration from collective efforts and beat the drum to their praise.

I wrote my latest album and created visuals for it to exactly understand where our societies’ problems are rooted, how to face and solve them. During my research, I was reminded of Maenads. In Ancient Greece, Maenads were the female followers of God Dionysus, who appeared to have superhuman strength when they needed to defend their God. Stepping (far) away from religion and the Maenads’ violent nature, I found comfort in the idea of sticking together and defending one another, on the basis that we share the same values. And while Maenads were thought to be militant and combative, my Maenads are gentle and peaceful. They’re happy to agree to disagree with others, as long as fulfilling and productive conversations take place. They promote civilised, humane interactions. I found my maenads in friendships, family, change-makers and activists, authentic art and those promoting it.

At the moment, pop culture is like that flaky friend who never responds in time and always makes plans without inviting us. We know better than we shouldn’t condone that. Nowadays that pretty much everything has been demystified, it’s about time for pop culture to lose the arrogance and join us in our fight for bettering our societies. For the time being, pop culture remains disparagingly out-of-touch; I’ll stay put to see if anything changes for the better – my maenads and I trying to change things from the inside.

Educate Your Ears: Bells and Robes 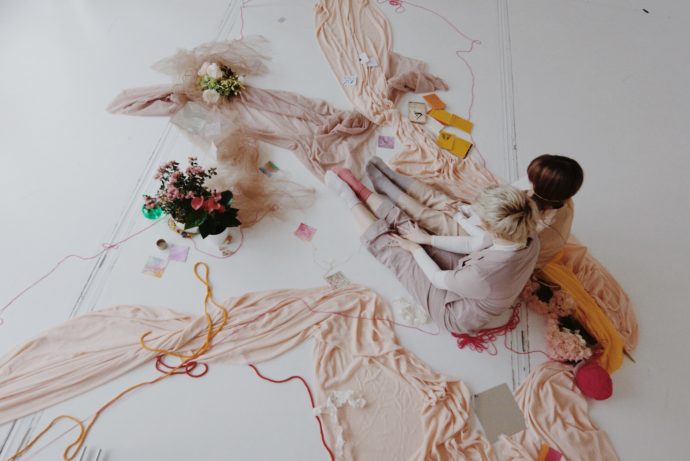 ———
*Source: Wikipedia
**note: Demi Lovato and Meghan Markle were mentioned on here, because they were the most googled people in 2018. Nothing against the two; I think they’re both brilliant and acknowledging/aware of the oddity I’m pointing out with my writeup.
***Source: World Bank, 2018

This is a guest article by artist/activist Sarah P.