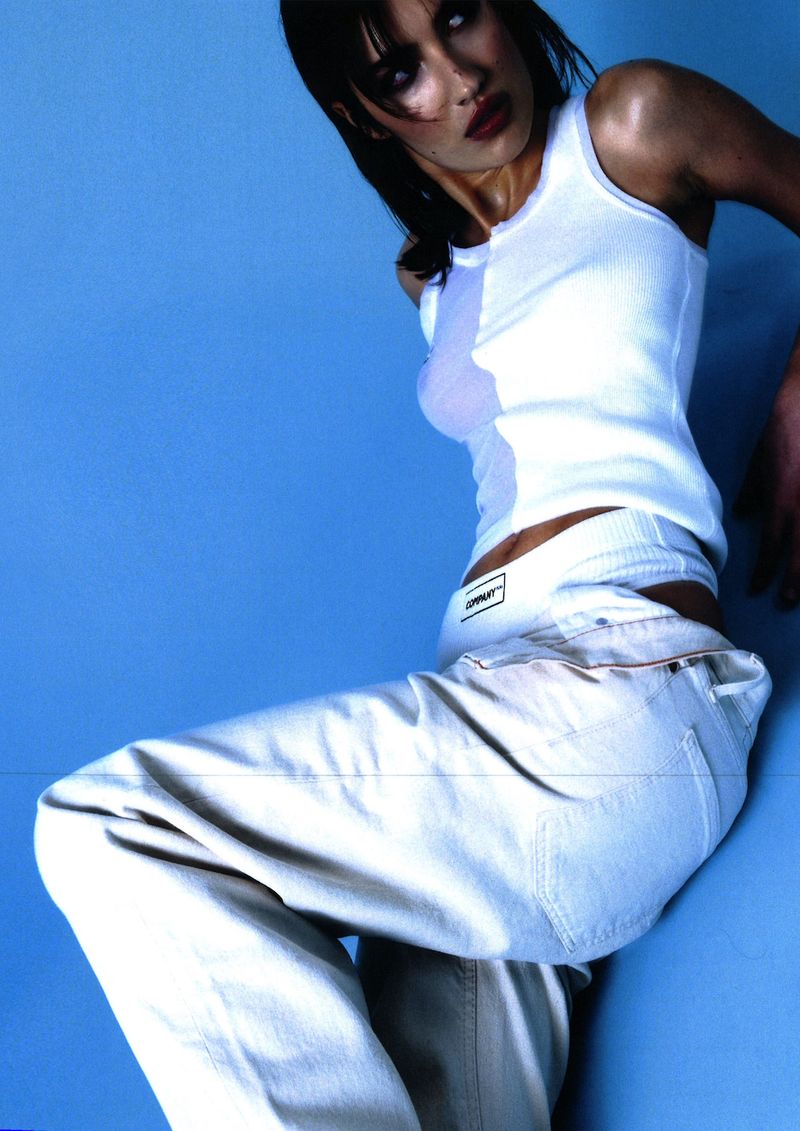 Little by little, year by year, singer/songwriter Hēir has taken it in. Born in Russia not long before an early move to Italy, Hēir (born Patricia Manfield) followed her musician parents around the globe. While in university, Hēir attended a fashion show at the invitation of a friend and was quickly spotted for her statuesque look. She’d spend the next few years modelling for national campaigns – Adidas, CK, FENDI, Dior, Versace – and building a following on social media of fans enamoured with her effortlessly cool style. However, music has always been at the centre of Hēir’s universe. She started working on it 3 years ago and has launched her first experimental EP Daddy Issues in 2020. Released via Sony Music, the EP received praised from PAPER MAGAZINE, CLASH and NYLON among others, making her a name to watch. Her brand-new release ‘it’s all good until it isn’t’ represents the teaser of the new chapter of her musical career. The introduction to a series of singles and visuals she’s going to release in the upcoming months.

Hēir details on the new single: “When my Executive Producer Joe was working on the beat I thought that was one of the most emotional things he had ever done, it just needed a story. It put me in 3 different moods, the start, the central part and the ending had different elements that put me in different emotional states. Straight away I told him I needed it but it wasn’t easy to write to so we didn’t Make much of it. I wrote the song last summer about a real story that happened to a friend. It’s a heartbreak song, it’s about a girl who’s all dressed up in the club waiting for the guy she likes. But the worst nightmare happens when she receives a call by mistake from that. same guy to only then hear him sleeping with somebody else. She was in a total state of shock, it was so surreal, it’s the type of thing you would never think could happen to you. The 3 different parts of the song represent the 3 emotional states she went through: the first one was sadness and disbelief, the second one is ”I deserve better, joke’s on you ”while the third one transitions back into feeling horrible. We decided to use this as an ”opening trailer” for all the new songs I’ve written about heartbreak. Because it completely changes you, your perception of love and of what you need to FEEL. You rarely become numb to heartbreak but in time you start thinking everybody can hurt you and that can really affect the way you live relationships.”

‘it’s all good until it isn’t’ is out now: https://epic.lnk.to/itsallgooduntilitisnt

HĒIR · it’s all good until it isn’t