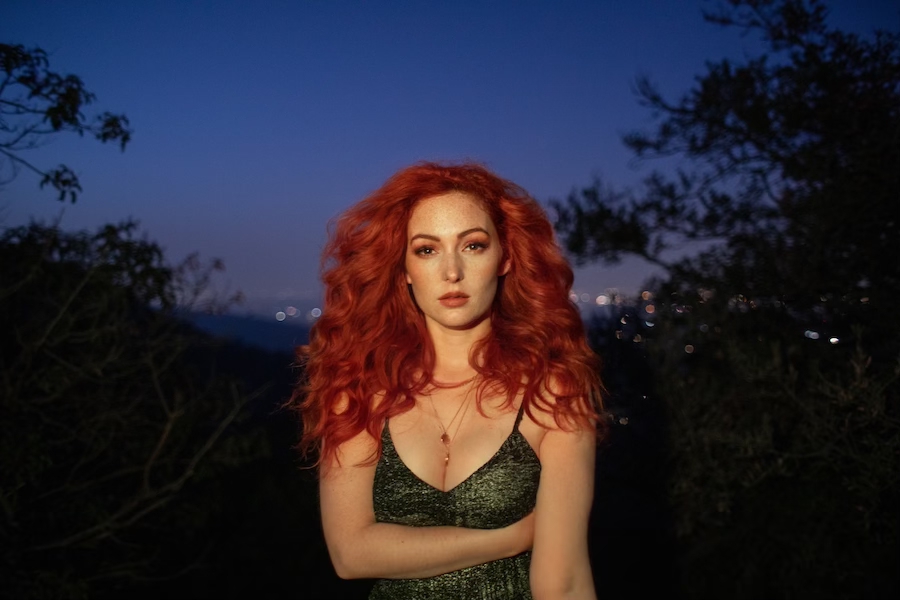 “I wrote sober while watching an ex publicly announce that he was quitting drinking. A week later he very publicly failed and I was so disappointed.” says Late July about her new song. Late July is the orchestral bedroom pop name of singer-songwriter Nicole Simone.

A week later he very publicly failed and I was so disappointed. I think anyone who has been impacted by someone with a substance abuse problem feels the anxiety, hoping the person is going to pull through addiction – and when they don’t – you somehow feel like you’ve completely lost the person. Having a lot of sober people in my life has given me a respect for what they go through and knowing all you can do is hope for the best but prepare for the worst. The song was produced by Jessica Taylor and we used a lot of 80’s synths and it’s like a beachy 80’s prayer.

Forming her bi-coastal sound between Canada and Los Angeles, her spectral approach to songwriting and producing with her evocative vocal styles has drawn comparisons to St. Vincent, Lana Del Rey, Beirut and Phoebe Bridgers. Her red hair, dramatic looks and her love of cinema translate into her music with powerful orchestral arrangements, often harrowing strings, 80’s synths and conquering trumpets that leave you on a beach or in the darkness of a winter street. Her lyrics are often heartfelt looking into Late July’s world of the weird, the sad and the wonderful.