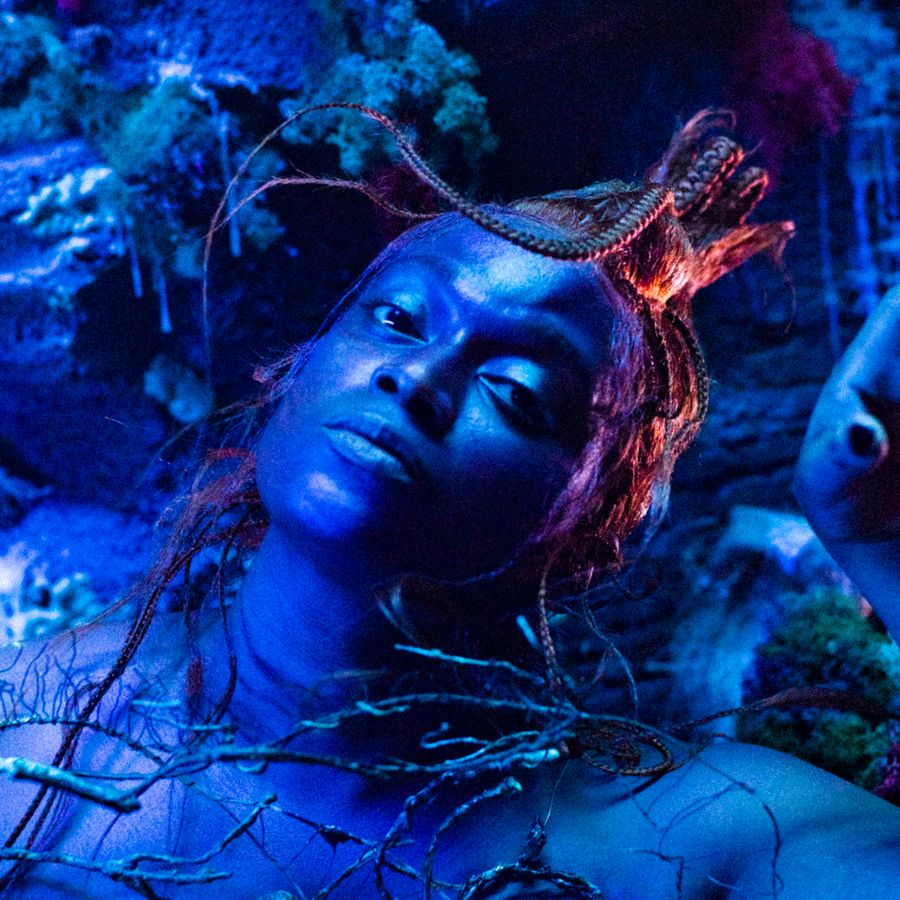 Press Play: Lotic – Come Unto Me

Lotic will release her new album ‘Water’ on October 29th via Houndstooth. Today the lead single from the record “Come Unto Me” is streaming online, with a video directed by Matt Lambert.

Speaking about the video, Lotic said “1.8 million Africans died on the Middle Passage; their bodies were thrown into the Atlantic. Had their cells been able to adapt to this new ecosystem, and thrive and multiply, perhaps a glorious new culture and history would have been possible.”

Listen to “Come Unto Me” via other streaming services here: https://hth.lnk.to/LOTIC

’Kerian Morgan, the artist known as Lotic, says of her second album Water: “This is the record I always wanted to write. This feels like my arrival as an artist.”

The last decade has irrevocably shaped the arc of Morgan’s life. The liberatory impact she has had on experimental club music as Lotic (meaning, “Of, relating to, or living in flowing water”) has in turn folded back into her creative practice, revealing a more finely-realised and intriguing evolution with each subsequent iteration. A decade bookended by chapters in Texas, USA and Berlin, Germany, saw Lotic navigate personal hardship and upheaval while garnering acclaim for an expansive production style; unpredictably nestling searing knife’s-edge sound design next to pop music hooks, hypnotic vocal reverie and the lineage of Black club cultures.

From studying film and electronic music at the University of Texas at Austin, she released her darkly complex debut EP More Than Friends, in 2011. Upon her move to Berlin in 2012, Lotic’s freewheeling sound aesthetic quickly cut a swath through the city’s nightlife with resident DJ sets at Berghain and Chesters nightclubs. A series of well-received mixtapes followed and she soon attracted the attention of avant-garde iconoclast Björk, who stated, “Lotic is one of the fiercest performer DJs I have ever heard.” This led to collaborative work on remixes for the Icelandic artists’s Vulnicura album and an invitation to open her 2015 Berlin concert.

Lotic’s debut album Power, released in 2018, transformed feelings of fear and vulnerability into a consolidation of personal agency and strength. The record was praised for its polished production style and its narrative reflections on race, sexuality, and gender.

Lotic’s latest release, the bewitchingly intimate 2021 album Water, for Houndstooth, is a stunning revelation; a tender meditation on love’s losses and lifeforce, timelines, bloodlines and resilience. Arriving at the end of a period Morgan recalls as, “having to be adaptable, while being dragged through the trenches,” Water adds the haunting quality of siren song to a career already marked by its engaging emotionality.