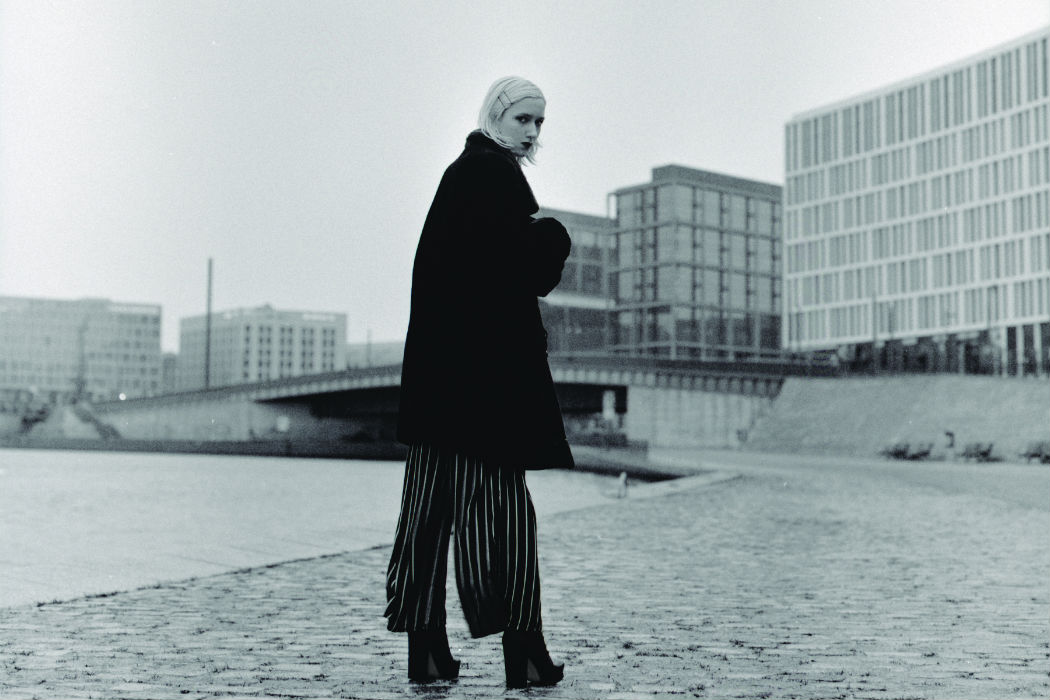 Sally Dige is a multidisciplinary artist known for her darkly poetic yet highly danceable electro-pop songs, DIY stylistic videos, design and visual art. Sally‘s deep and commanding voice, coupled with her analogue-visual-processes and overlapping artistic mediums has formed an identity that oscillates between the edges of aggression and fragility, old and new. “Holding On” was created during the time of intense inner turmoil. Following a personal tragedy in the fall of 2015, Sally spent most of her time in hospitals and isolated in her room. Her inability to connect with the outside world made her turn inward and completely cut herself off from human contact for months on end. Despite being stretched to her emotional limits, Sally did not let the weight of her circumstances break her, instead channeling all of her pain and fears into the production of a series of incredibly powerful songs. “Holding On“ is as inspiring as it is inspired, created out of a deep need to heal oneself and to reaffirm what it is that we live for, it is music for persevering against the demons we create inside of ourselves.

Stunningly, Sally used only her voice and a single synth to create this album. Even with so little gear, the songs are anything but minimal. Each song has a minimum of 100 tracks and, for some songs, 100 tracks for just the drum section alone. Every audible sound has 20 other sounds swimming beneath it, as Sally describes: “I felt like the process of writing those songs were beginning to mirror the madness in my mind. I was recording and layering 40 different sounds of a bell ring because I needed the perfect mood”. Despite the depressing nature of the lyrics, the songs have a bright and upbeat atmosphere replete with hooks, catchy melodies, and forward moving drums. These are songs written for dancefloors but are sung about loneliness, death and the meaninglessness of existence. Sally‘s work tows the line between a blissful innocence and a heavy darkness. Think Gina X flavoured post punk-disco rubbing against Twitch-era Ministry‘s lost Sade collab or Enya on LSD after a break up.

Holding On is out in the US Sept 8th, on DKA and in Europe Sept 13th on Avant!