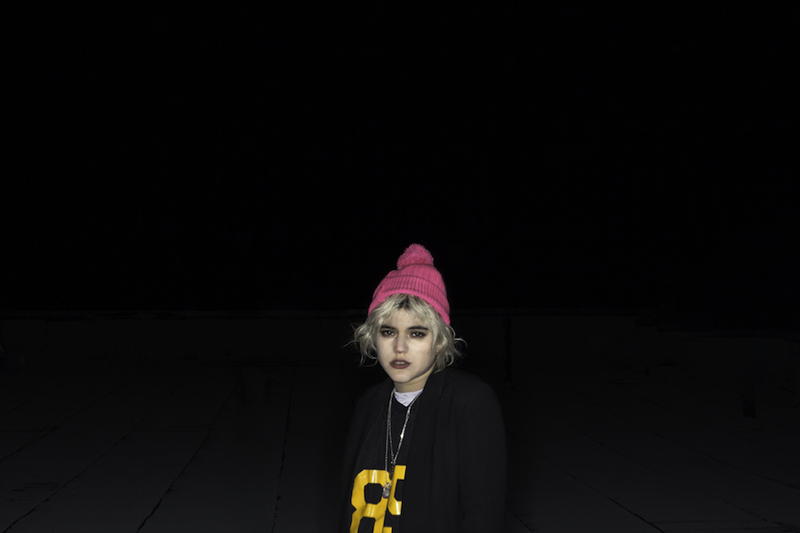 Maybe it’s because we were getting well and truly blazed all weekend long, but we can’t get enough of Soko’s grunged-up VHS-style video for ‘Ocean of Tears’. The Nina Ljeti-directed clip follows Soko as she prances through the supermarket wearing a snorkeling mask, pervs on a babe grinding in a giant bunny mask whilst stuffing her face with donuts and then unapologetically smothers her cat (we’ve all been there). We’d say this silly psychedelic trip is the perfect way to start the week – and ease your stoneover.

“My friends were making fun of me for being such a square, so I started writing music while smoking every now and then. I wrote ‘Ocean Of Tears’ completely stoned out of my mind.” Soko told Dazed. “I wanted to lose control, lose a sense of self, and just have fun.” she says. Sounds like a damn good mantra to us!

You can listen to Soko’s debut album « I Thought I Was An Alien » here:  http://po.st/SokoAlien. In 2007, she scored a hit across Europe with “I’ll Kill Her,” and following a support slot on M.I.A.’s Kala tour and collaborations with the Go! Team and Cornershop, she founded her own label, Babycat Records, and released her debut EP, Not Sokute. Her hotly-anticipated new album ‘My Dreams Dictate my Reality’ is due out on March 3, you can pre-order a copy now on her website.