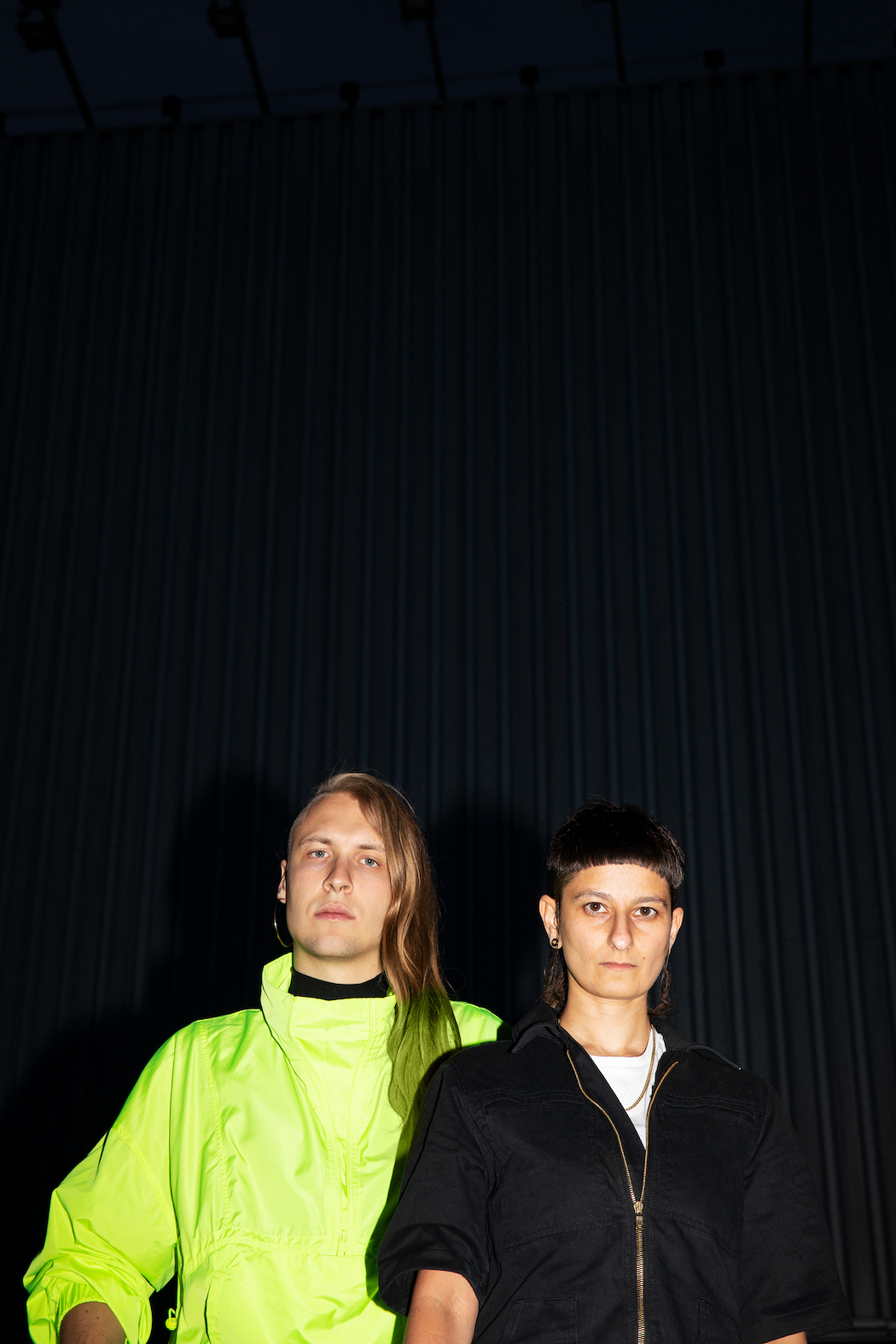 Press Play: We Will Kaleid – ‘Lure’

With their upcoming album Aphasiac, art/experimental pop duo We Will Kaleid release a dystopian still life of communication impossible. Just like in their music, We Will Kaleid seek breakage rather than semblance in their lyrics, challenging and creating their attraction from confrontation. We Will Kaleid create dense and oppressive arrangements with minimalist sound material. Upon rough textures of analog synthesizers, a dark and intoxicating atmosphere is forged with few but multi-faceted beat and voice fragments. ‘Lure’ is just the tip of the iceberg of the upcoming album, as the overflow of information becomes lost in a digital conversation with everyone and no one. Aphasiac is due to be released on May 21st via Sinnbus.

We Will Kaleid make music for those who try not to break in a system that is completely set against them. Who try to preserve their dignity in an all-consuming wasteland. And who inevitably have to fail. On Aphasiac, We Will Kaleid find a voice deep among all voices, as if in a brutal intoxication. It is a delicate intoxication despite everything. An intoxication that shows a fragile possibility: a way out. A direct follow-up to 2020’s EP Tongue, Aphasiac is a dark resonating space, a poisoned landscape full of hidden traps. The EP traces the grim image of what was already hanging in the air as a threat on Tongue: anger runs as a common thread through all the pieces, culminating in an intense furor, leaving shambles in its wake. Now the pieces on Aphasiac start where there is actually nothing more to say. Emerged from loneliness and loss, a diary of the past year. Struck back down to earth. At least solid ground.

Lure is out now: https://smarturl.it/WeWillKaleid-Lure