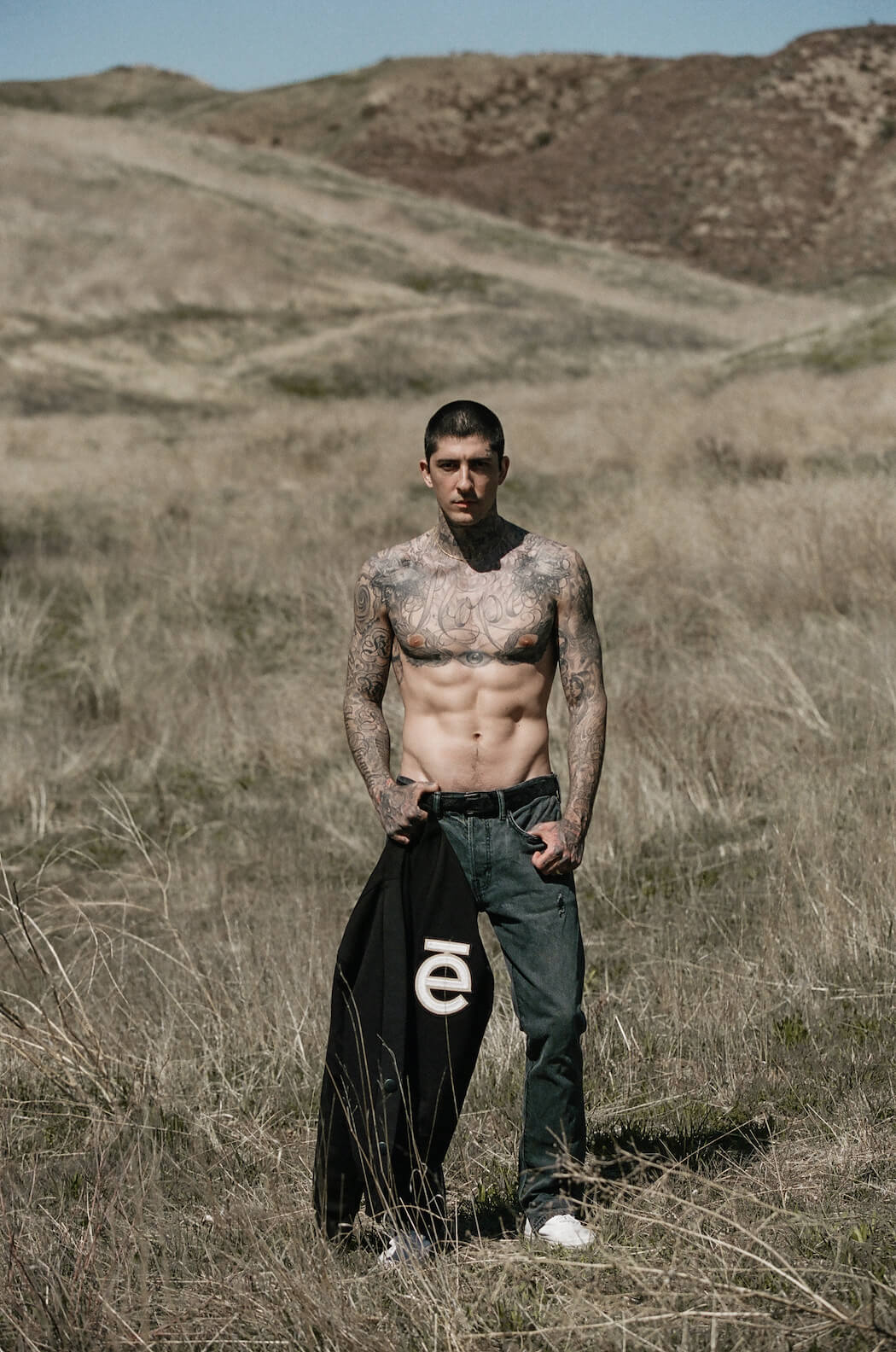 KALTBLUT presents fashion brand even studios featuring male model Daniel Bamdad. Photography by Kevin Berru. even studios bring the focus back to the appreciation of the simplicity through the design itself. Without distracting the eye and the mind from the core of the creation, even studios designs pieces that are pure, timeless, and calm in their essence. It gives the experiencer a feeling of calmness, pureness, and oneness. The same attributes every single person on this planet is trying to create for themselves.

In a world that got lost in over-saturated desires and a constant overload of impressions and sensations, even studios bring back the silence and balance most of us are missing so often these days.

In 2010, Daniel Bamdad was swept into life in high fashion. A true pioneer in the fashion industry, the counter-culture-couture movement, showcasing heavily tattooed models, can be attributed to Daniel’s debut on the runways of Milan, Paris, New York, and London.

Through success in bridging the gap for tattoos and streetwear with high fashion, combined with his belief in a minimalistic lifestyle, inspired his vision for even studios – the uniquely sophisticated, minimalist, luxury streetwear brand recreating the future of fashion.