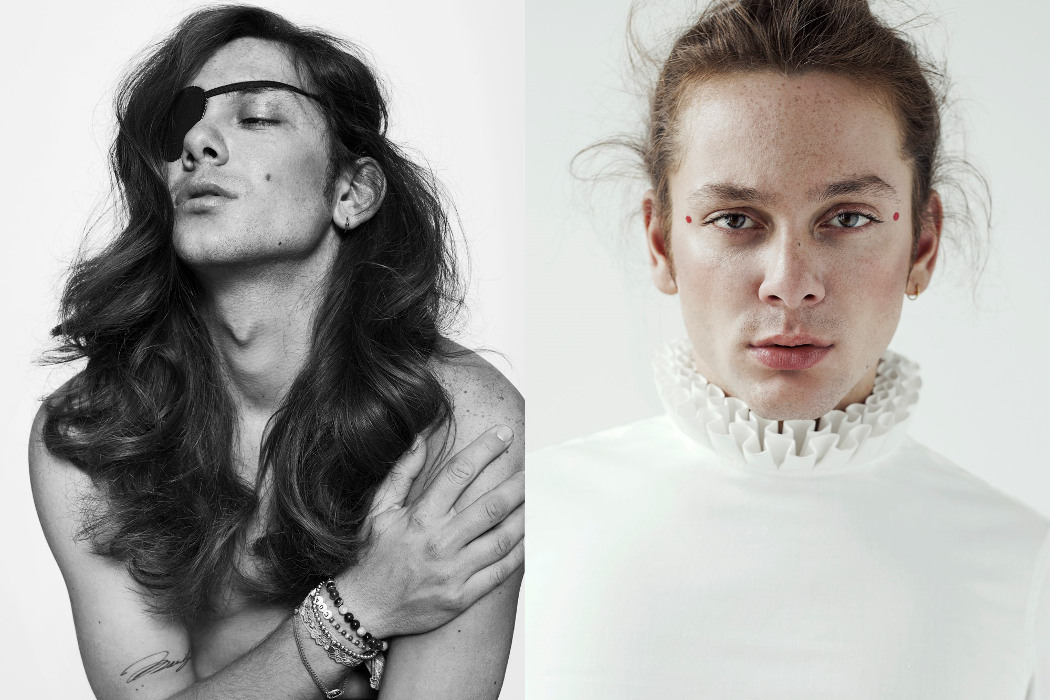 Meet Germany’s most successful blogger in 2016: Riccardo Simonetti. Born in Bad Reichenall he couldn’t wait to escape and started the Blog: “THE FABULOUS LIFE OF RICCI – Confessions of a hopeless Dreamer” to talk about his passions and his daydreams. 2016 was  Riccardo Simonetti´s year! From Hollywood to fashion events, TV, acting, fashion editorials – Riccardo Simonetti is THE blogger number 1 here in Germany. We had a chat with him about all his adventures in 2016. Photographer Patrice Brylla lensed Riccardo for us. All fashion by Richert Beil. 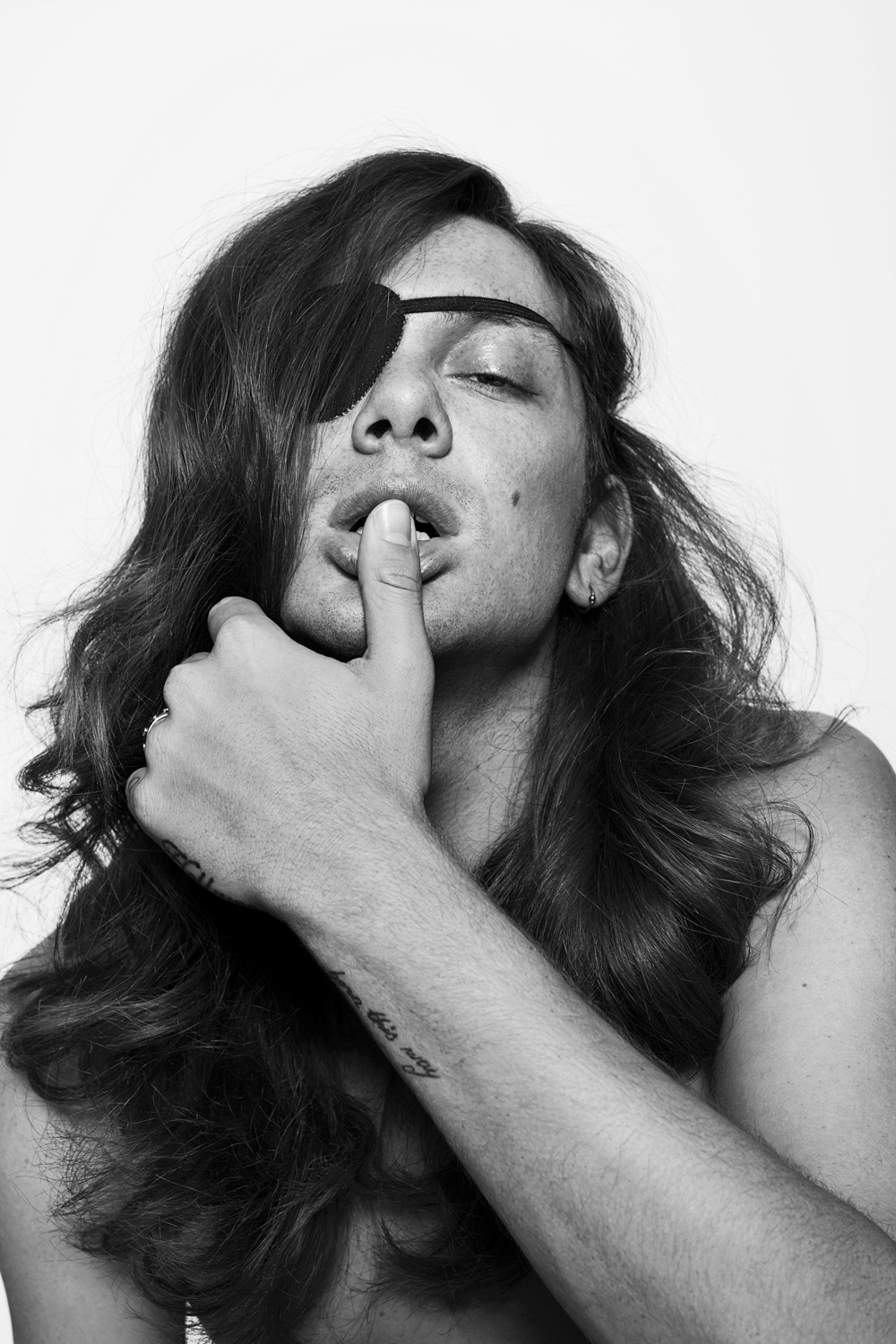 KALTBLUT: 2016 sucked for everyone! Brexit, Brangelina, Bowie, but your year was under a lucky star – discribe it in 3 words.
Riccardo: OH MY (fucking) GOD!

KALTBLUT: E! Entertainment, Paris Fashionweek, Lollapalooza just to name some things you did in 2016. What was THE highligt of the year?
Riccardo: Hard to believe after a year like this, but it was my first time in the states (I was 4 times in 4 months in the meantime) so can’t say anyting else but HOLLYWOOD! To be there and be able to work with people who usually only work with Hollywood Stars made me learn so much and kept me motivated to see exactly where I wanna be one day. Also to have met some of my idols (including Paris Hilton) is still incredible for me. 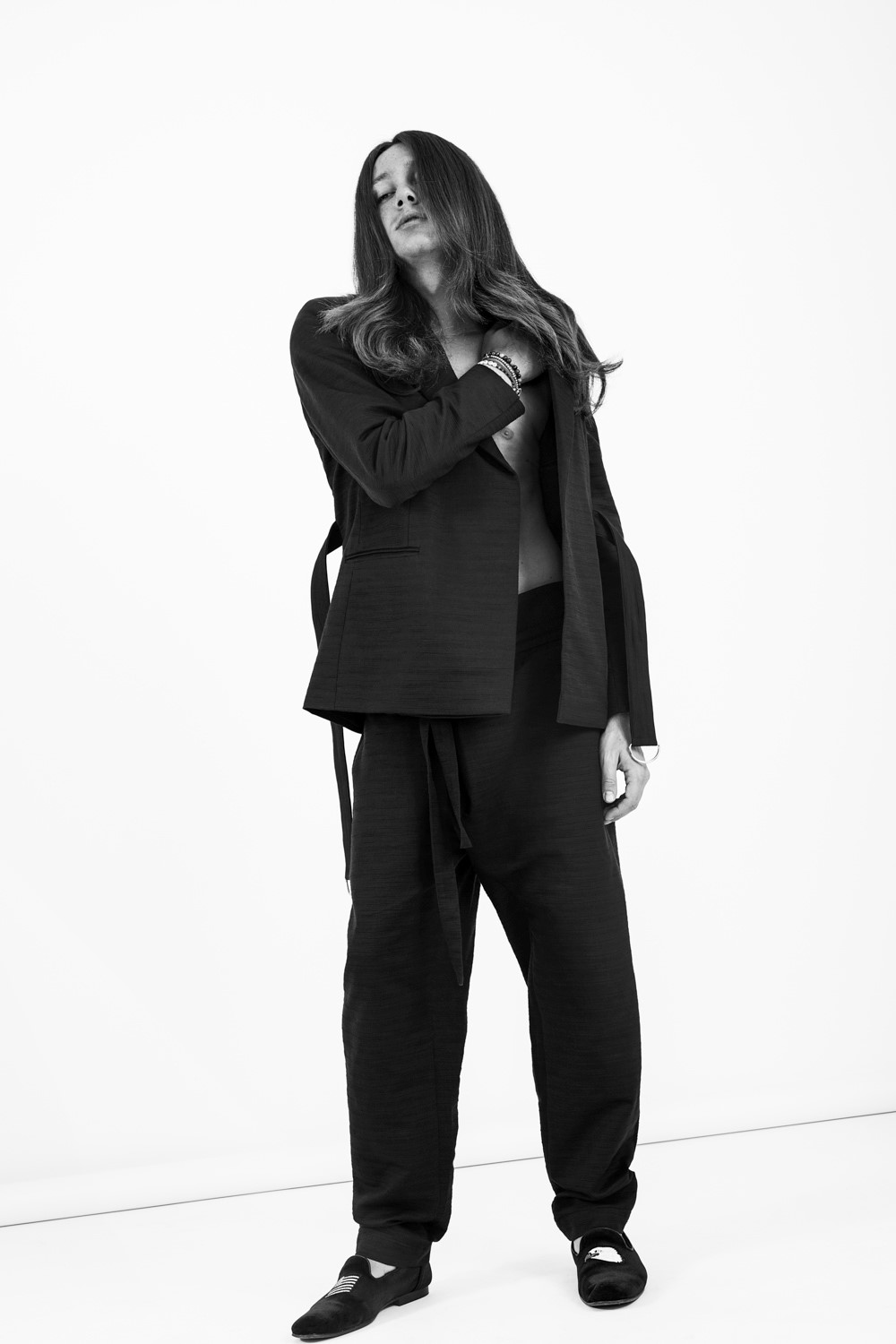 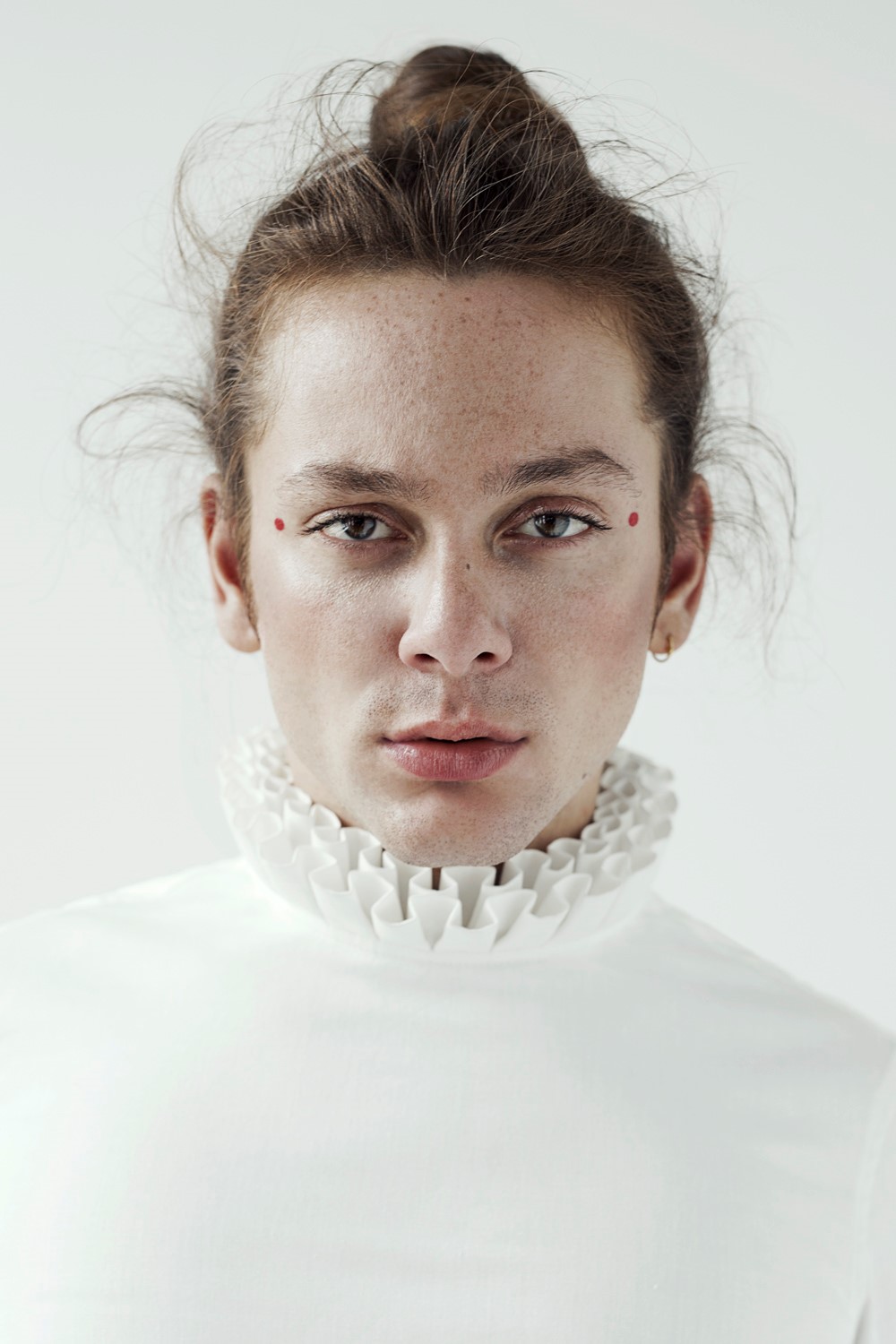 KALTBLUT: There was litarally no party without you, wich one was the best and which one was “oh my fucking god, why in the seven hells am I here, I colud watch …. on Netflix”? And what would you watch?
Riccardo: I don’t even have have Netflix, but I must say, that if I agree going to a party – there WILL be one -the best was probably Tribute to BAMBI (well, after Coachella of course) cause you could buy songs from the DJ for Charity – I went home with no cash and the best Playlist ever!

KALTBLUT: You’ve been working hard, what was the best job?
Riccardo: I am just so happy and grateful that I could prove (even if its just a little) that I am more than just a boy who is good at taking selfies. I got to host two Shows, been acting in movies and was able to write as a columnist for different magazines than my blog, it would be just unfair to pick one as the best. I am really a lucky ducky! 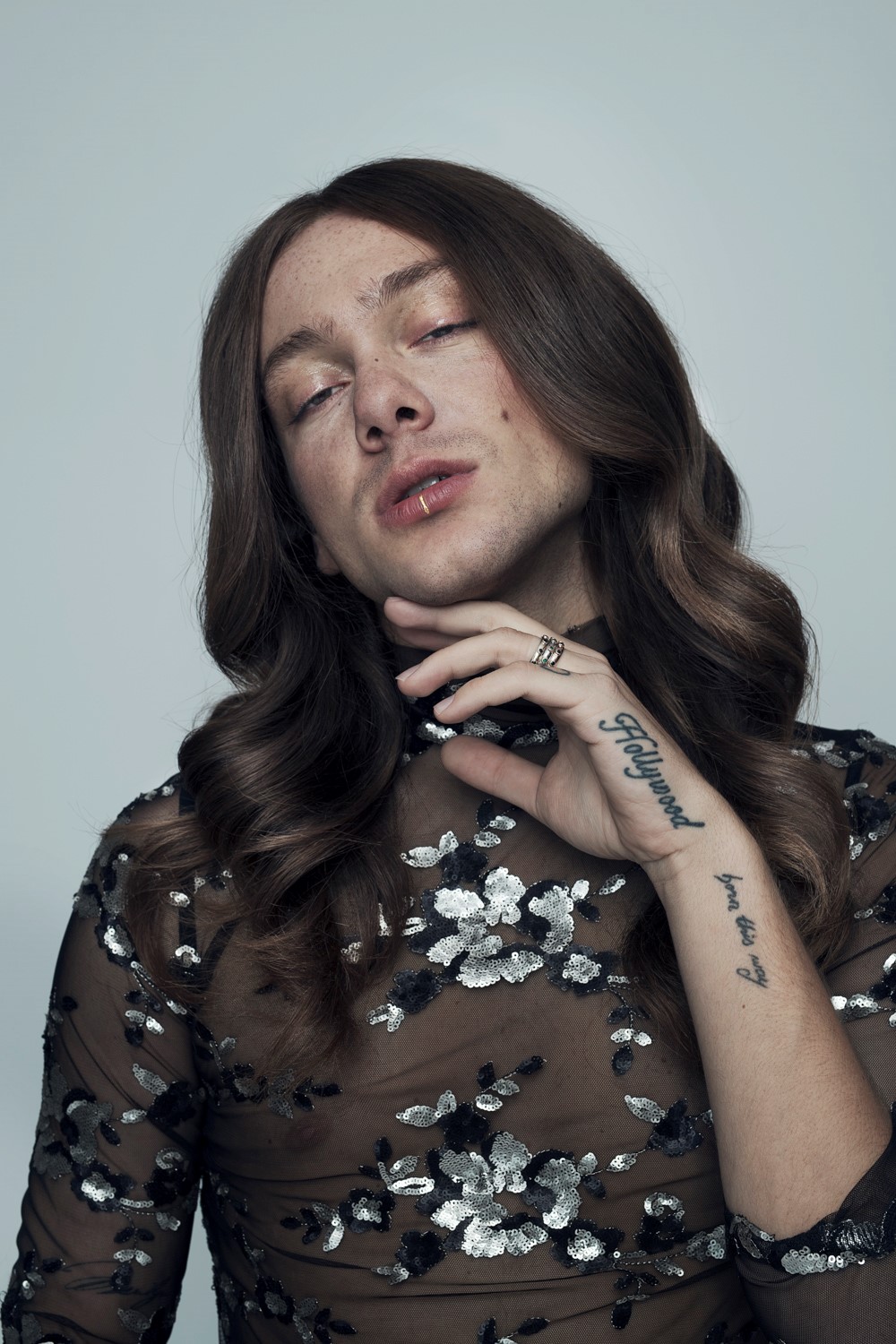 KALTBLUT: For the editorial, shot by Patrice Brylla, you’re wearing Richert Beil, I love the collections, who was your favorite designer in 2016 and what was you favorite outfit?
Riccardo: I love their clothes, too! I discovered them via the shoot and totally fell in love with the brand. Besides that, I am a big Fan of SADAK, not only because I got to walk in their Show at Fashionweek, but because they dress people in a very modern way, with no limits in Gender or political statements. It’s a berlin based brand and I admire people who show that fashion and a statement can go so well together. 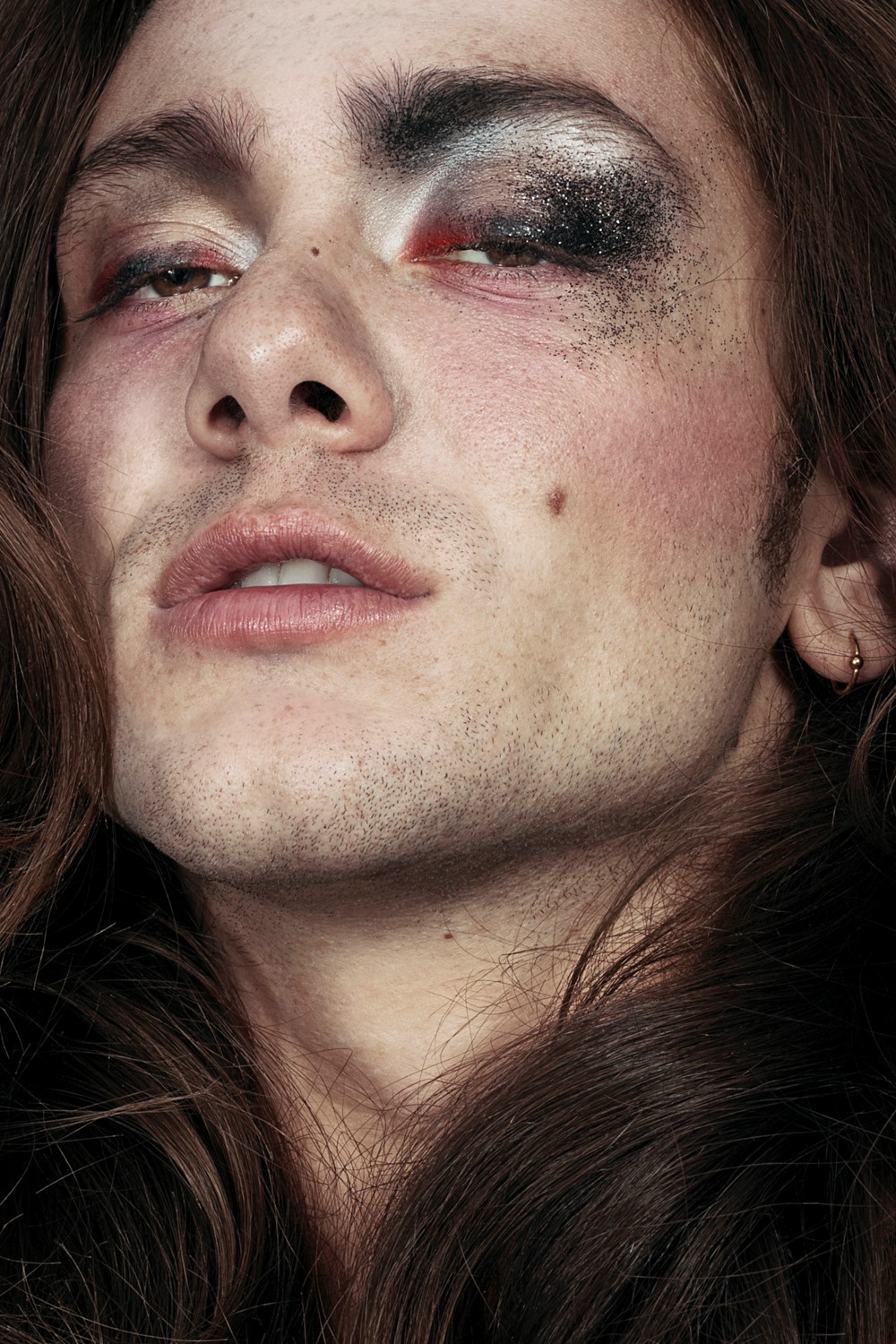 KALTBLUT: Besides Brylla, your working quite a lot with berlin based photgraphers, who is the best?
Riccardo: Haha, this city can be so grateful to have so many talented people and I am sure we would see even more of their creativity, if they would spend only half of their time waiting in line of barghain! My best friend Joseph Wolfgang Ohlert released a photo book called ”Gender as Spectrum” this year. I am very proud to be a part of it and consider any one to take a look, it will definitely teach any of us something we don’t know.

KALTBLUT: You are a real coverboy! Which editorial are you most proud of and wich cover. And wich cover would be your dream for 2017?
Riccardo: I am very proud of my VANGARDIST MAGAZINE Cover and my 8 pages editorial in their following Gender Issue. Most men’s fashion magazines ignore the fact that I exist (or that I have a penis) – probably because I don’t fit in their definition of a man, so I was very happy to be a part of such an open minded and innovative menswear magazine. More of that please! Which Cover?! How about KALTBLUT? 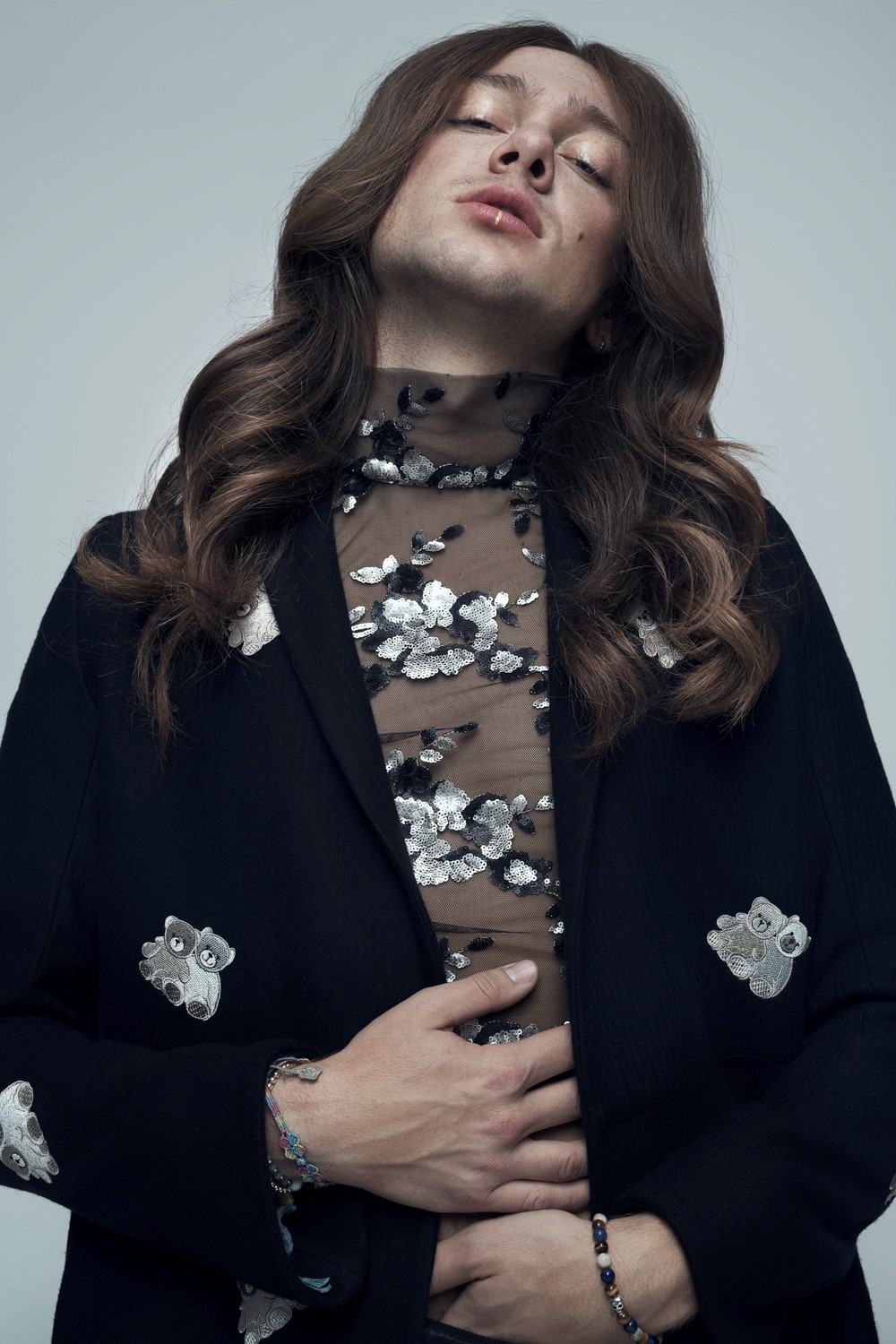 KALTBLUT: Social media is everything, but 2016 is the year of snapchat! You’re snapchatting everything! Really everything? Where is your “limit”? Any “Ooups! well it’s going to be gone in 24 hours anyway” snaps?
Riccardo: First of all I am very happy that Snapchat exists because it helped me to show people that I am not just what media calls an influencer. Via Snapchat I was able to make people listen to topics they usually don’t find on a popular person’s social media – including homophobia, sexism, feminism and just loving yourself a little more than the opinion of others. Entertaining people is what I love to do and if it’s about making a fool of myself sometimes, I’ll do it – in the end I don’t have anything I regret to post – well, except that one time I was recreating Britney Spears’s Everytime Video in my Hotel in Vienna and I accidentally snapped myself completely naked without even noticing. Still got my fingers crossed that these screenshots won’t appear anywhere!

KALTBLUT: Who or what impressed you the most in 2016
Riccardo: The Internet. Defintely! To feel all this love and support from people who seem to know anything of you keeps me speechless every single day, on the other side also the impressive amount of hate you got to experience sometimes make me doubt in what time we live today. 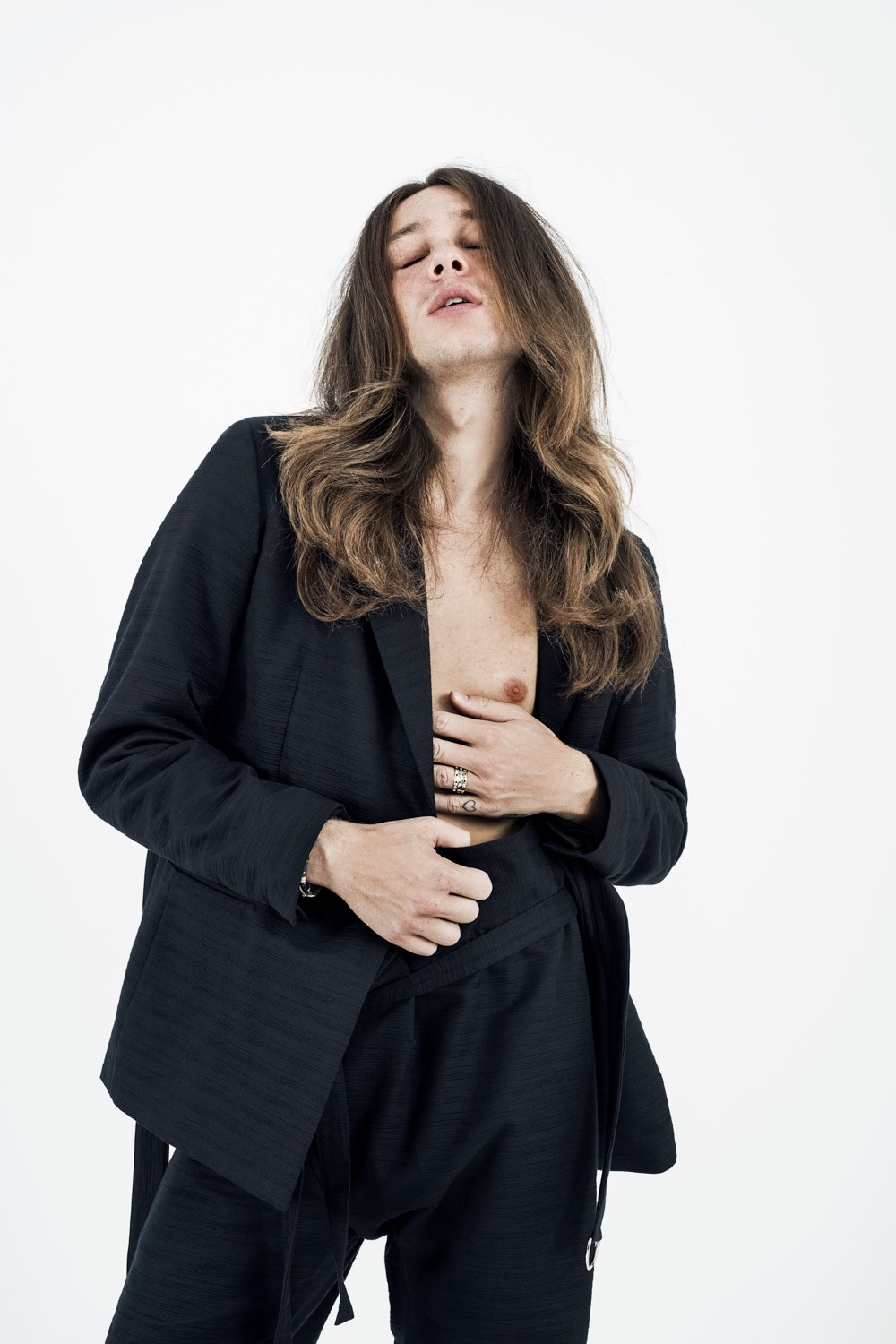 KALTBLUT: What was the best moment in Riccardos year, if I´ll ask the private person?
Riccardo: There is no moment comparable to meet Lana del Rey at Coachella! (she even follows me on instagram with her private account since that day!) – after the festival was over I drove to the Hollywood sign and filmed a scene for my online Show for Glamour Magazine and after we were done shooting, I asked if I could just be left there alone for 15 minutes. I put in my headphones and listened to VIDEO GAMES over and over again and everything seemed so surreal, couldn’t believe that was actually really my life…

KALTBLUT: Is there anything you would change, or would love to do/feel/eat again, if you could rewind 2016?
Riccardo: 2016 was the first year in which the reality that always existed in my mind seemed to become also the reality of people surrounding me – so I guess I wouldn’t change anything and simply say Thank you for every single moment!

KALTBLUT: Any wishes for 2017?
Riccardo: A very wise woman once said ”There are only two types of people in the world, the ones who entertain and the ones observe” and thats just what I wanna do. I wanna entertain people – because I deeply believe that they need someone like me. I hope 2017 will allow me to do that and to keep my star rising as high and varied as it did in 2016. 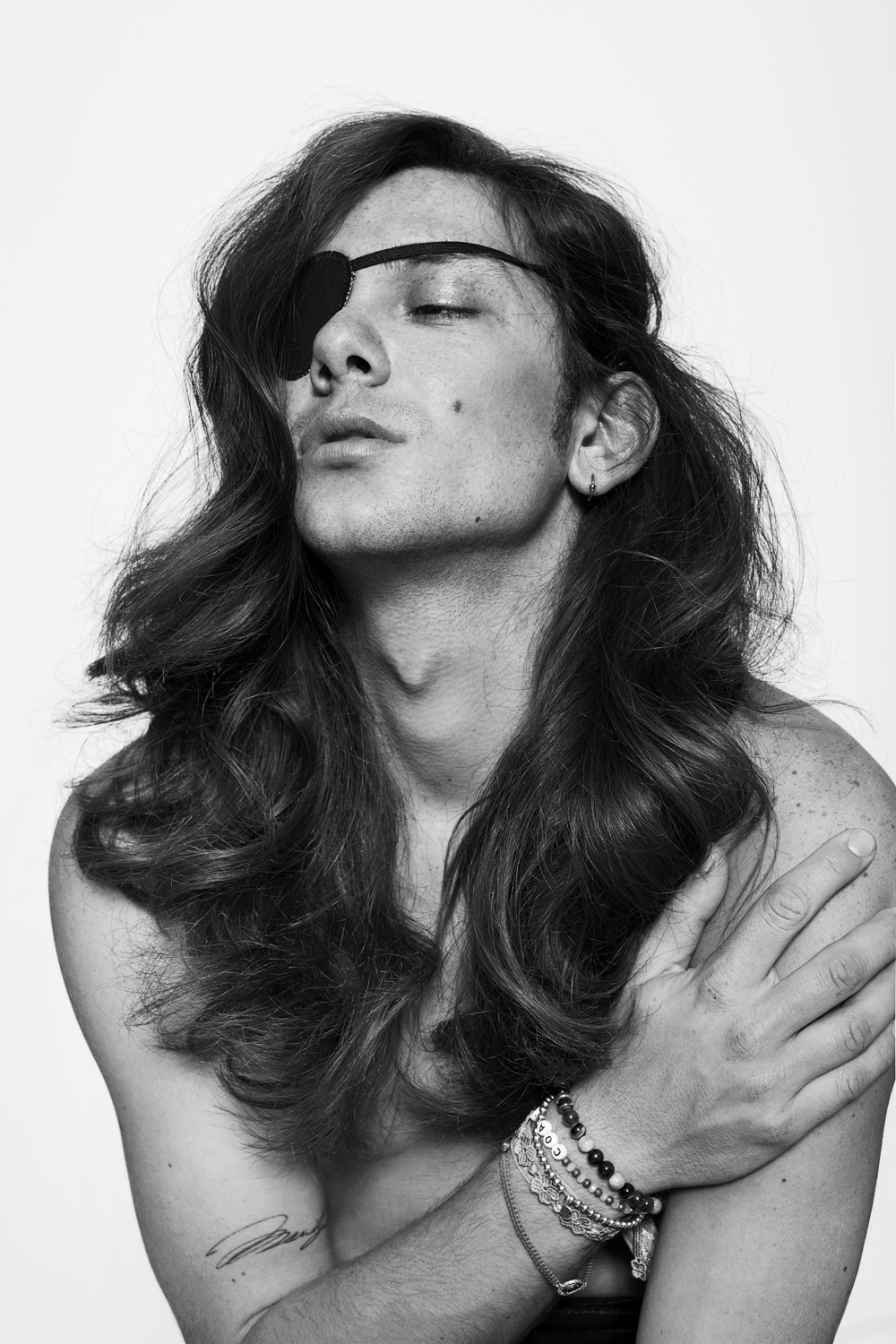