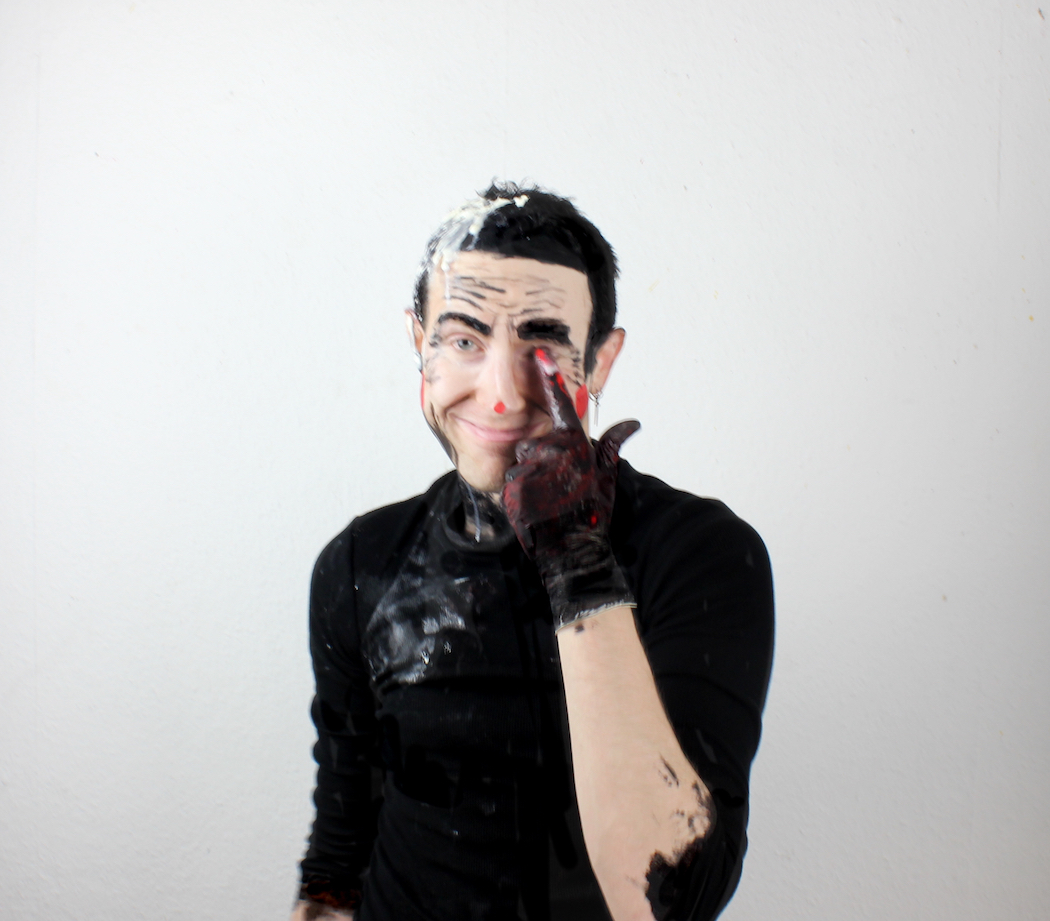 A Year In Pain: Rosmarin recommends 100 of 2019’s darkest records

Formerly operating as BlackBlackGold (né Gucci Goth), Daniel Jones has worked within underground music for 20 years, co-founding Berlin deathraves like PURGE and gHashtag as well as co-organizing the former international deathrock music festival Drop Dead with founder Polina Y. Currently playing out as Rosmarin, they still write things occasionally. As the year comes to an end, Daniel has put together a whopping selection of 2019’s darkest records.

Daniel writes, “I could spend a year simply narrowing down a year’s favorite releases, so rather than overthink it I’ll forgo the ‘buts’ and go with my guts—barring any buckwild unforeseen release in the next month or so, these are my top 100 favorite releases of the year (out of 497 potentials; shamefully low, I know) that would generally slide into a vibe below ‘sunny’. They’re the ones I played obsessively in the last months, the aurals that transported my being, choked my psyche out and left me shuddering for more. This is also basically my ideal setlist for a club night.

I haven’t, in fact, had much mental space for club music (or clubs) this year. Defeating alcoholism and drugs, getting therapy for non-aesthetic depression, getting real into ascetic celibacy and working to become a better human has made me avoid old haunts that may invoke demons. As my life has become more wholesome, I’ve been on a much darker, more vocal-led kick, gravitating toward music that deals with anguish, despair and transformation through pain—you know, the fun stuff. It encompasses a broad idea of ‘dark’ (a widely overused term in music anyway), taking the left-hand path through various facets of industrial, ambient, darkwave, shoegaze, punk, EBM, metal, noise and general oddities, if it shrieked, gibbered, made a shambolic ruckus or instilled quiet dread this year it’s probably lurking somewhere within.

There’s no discrimination made toward release format, and (aside from the phenomenal Caligula) no particular order ranking is given, though I did arrange the Youtube mix in a reasonable flow in terms of genre and/or mood. A few quiet or pop-oriented moments give the more visceral sections (and the mind) some room to breathe and wonder, ‘Gat damn, is this a Flenser tribute list or what?’ It assuredly lacks key releases* I’ve yet to hear. If you agree, let me know of my oversights, so I can be nice to you.”