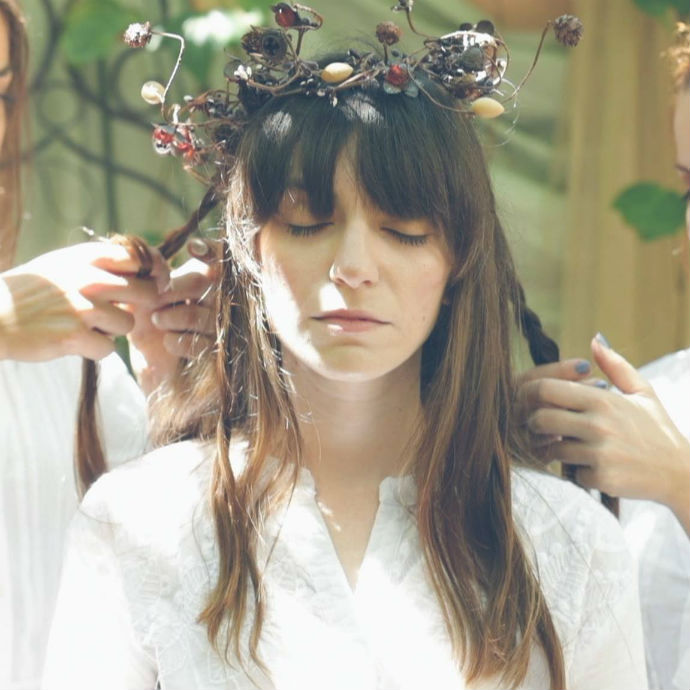 Berlin-based artist Sarah P. shares her thought-provoking single “Mneme”, the first release from her upcoming and highly anticipated EP Maenads out December 14th. Filmed in Athens and focusing on the theme of sisterhood, its strong aesthetic of “Mneme” left us wondering. Sarah explains her top five inspirations for the gorgeous video.

“Obviously the first scene is inspired by “The Creation of Adam” by Michelangelo.

I always like to challenge the gender stereotypes – I like to create what is usually seen and sang by men. I try to put a twist to what is expected to be male and make it mine, ultra feminine. It’s subtle and perhaps only understood subconsciously, but enough to make a statement about how the world should be in almost 2019. Mneme is the first part of a visual trilogy where I explore the female power and how its viewed by the society, I chose the theme “innocence” for this video. What’s more innocent than the creation of man by the divine? Of course, this tale comes with tons of controversy and the way I chose to depict it – with the “god” playing with the “man’s hand” has a meaning in my video.

But we’re not gods or humans on the video. We’re an abstract version of the three original, Boeotian Muses: Mneme (the muse of memory) and her sisters, Melete (the muse of meditation) and Aoide (the muse of song). This time, inspired by Botticelli’s “Primavera”, I decided that I wanted to depict my protagonists as a strong trio that stays united no matter what. The three women on the video share a bond that can’t be broken – it’s a nod to modern sisterhood. This song and video are a thank you to my muses – my friends and other strong women I may not know but I admire. It’s a prelude of what I’ve been working on for the past two years and marks the beginning of the Maenads era. 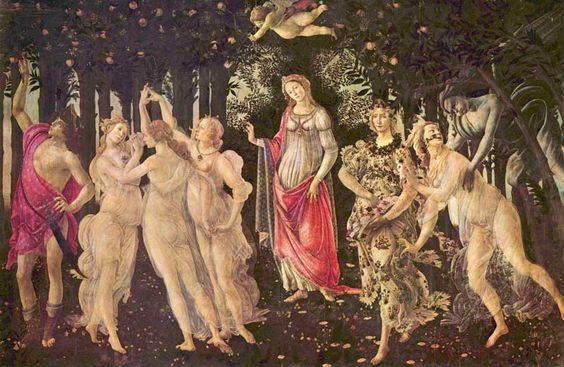 Inspiration for the colour palette of my project was taken by nature during fall. When I think of distinct colour palette in art and female power of my kind, I think of Leslie Weaver. In particular, her painting Lady of October matches perfectly the mood and atmosphere I wished to set so much so for Mneme, but also for my Maenads EP in its whole. 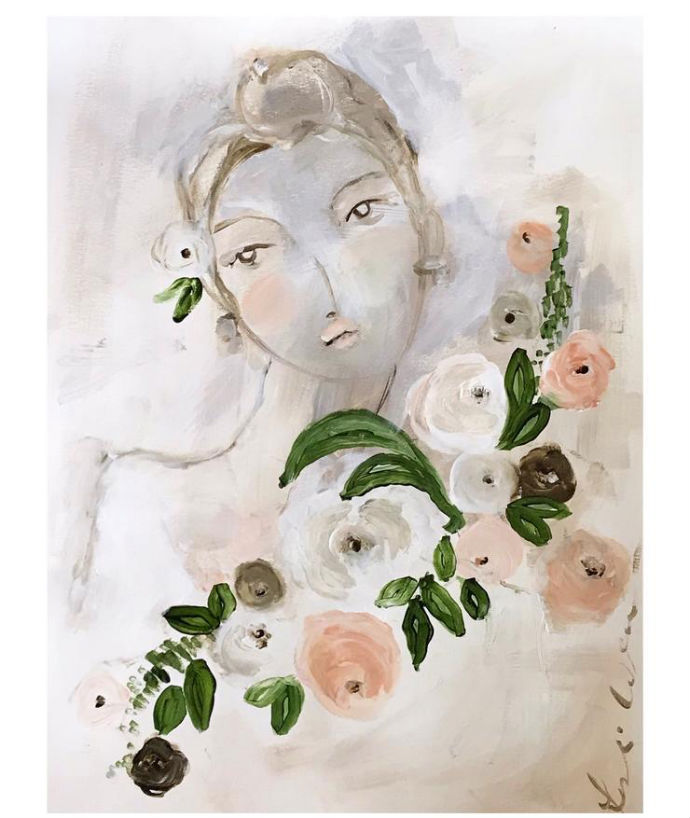 One of my all-time favourite books is The Waves, by Virginia Woolf. Perhaps that has to do with the fact that during my drama school years, I had to study that book so much in depth that it’s affected the way I create my own art. I find myself going back to this book again and again, seeking answers and discovering new layers and beauty in it. In the first pages of the book, Rhoda says: “All my ships are white, I do not want red petals of hollyhocks or geranium. I want white petals that float when I tip the basin up. I have a fleet now swimming from shore to shore. . . And I will rock the brown basin from side to side so that my ships may ride the waves. Some will founder. Some will dash themselves against the cliffs. One sails alone. That is my ship. . . They have scattered, they have foundered, all except my ship which mounts the wave and sweeps before the gale and reaches the islands where the parrots chatter and the creepers . . .”. To me, that’s pure strength, that’s empowerment. My Maenads EP is my most honest and unapologetic piece of work to date. I recorded it last summer and it was the first time that I guided my ship to stop by all shores of creation and be proud it did so. 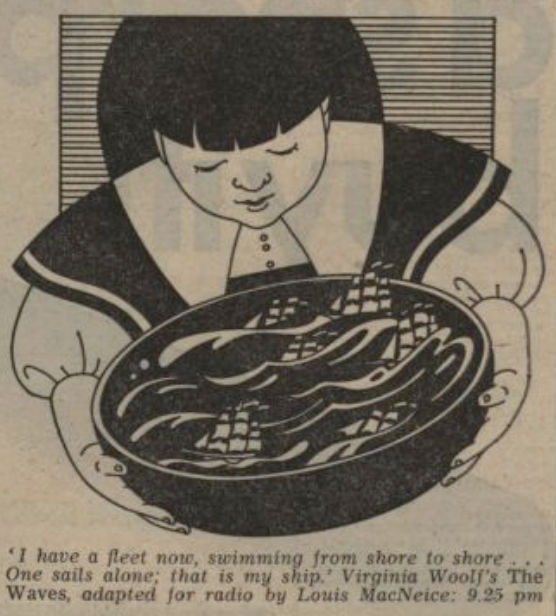 I’m a lot inspired by fashion photography. I love Vogue Italia and the work Paolo Roversi and Tim Walker have done for the magazine. I love the fragile dreamscapes they both create, in their different, yet similar ways. I love that Vogue Italia sets no boundaries – and if it does, it’s only to break them. I want to particularly point out the editorial “Rebel Riders” by Tim Walker (Vogue Italia, December 2015) and “Ritratti Di Allora” by Paolo Roversi (Vogue Italia, April 1998).” 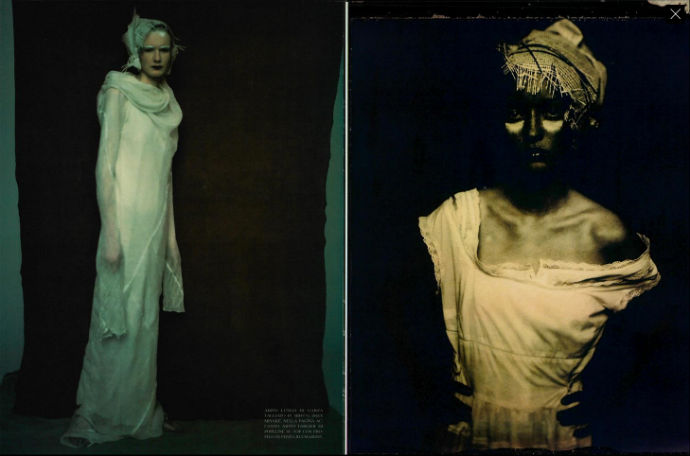 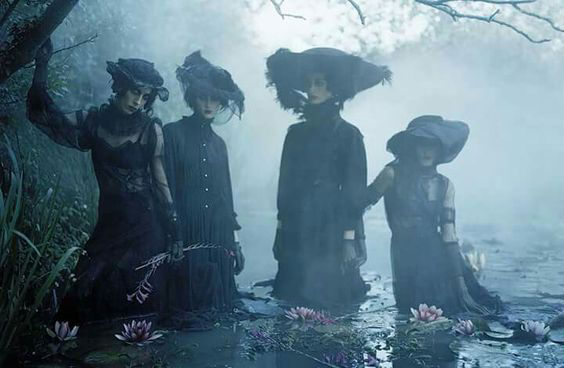