Smooth Monday: An interview with Sizarr

Three years after the release of their critically acclaimed debut album ‘Psycho Boy Happy’, Sizarr are releasing their anticipated second album ‘Nurture’ this month. From their energetic, electronic-rock approach to music, we see the boys mature musically in their intensely compiled two year album, ’Nurture’. KALTBLUT had the chance to speak to Fabian, Philipp and Marc about their German roots, musical progression and the tour ahead.

KALTBLUT: How did you guys get together?

Sizarr: We actually all grew up in a village called Godramstein near Landau which is even smaller (4000 people) and then moved to Landau at some point but it’s not very far anyways. It’s a very beautiful region surrounded by vineyards and the Palatinate forest. There is not much going and we actually have been friends since we went to elementary school together.

KALTBLUT: What has your musical journey been like so far?

Sizarr: We started as a cover band playing songs from Nirvana and The Ramones at the age of 11 and 12. In 2009 we formed Sizarr, started playing our own songs and somehow we got to play some crazy festivals the following years. Without having a record released we played shows in Iceland, Spain, France and all over Germany.

KALTBLUT: What can we expect from your new album ‘Nurture’?

KALTBLUT: With your electro post-punk sound where do you draw inspiration?

Sizarr: We actually don’t know why people call us post-punk. We never followed one certain style in what we do. On the one hand that gives us the freedom to do whatever we want and on the other hand that makes it hard to find a way of combining our expectations. We were always listening to a great variety of different music and that is always changing.  When we wrote the songs for our new album we had a phase when we were listening to a lot of those 80’s Police, Kate Bush kind of bands. The funny thing is that in the end this was a few weeks into the process of over two years, so someone else might hear something completely different.

KALTBLUT: What was the idea behind your latest video for the track ‘Scooter Accident’?

Sizarr: The idea was kind of obvious. We first had ‘Scooter Accident’ as a working title for the song and thought of a video starring someone having a scooter accident. And the whole setting from the video kind of reflects the rural region we come from.

KALTBLUT: Can you tell me a bit about your musical process for your latest album?

Sizarr: At the time we made ‘Psycho Boy Happy’ we were more naive and really did not know what we were doing. With ‘Nurture’ it was more difficult to find a way to combine all our perceptions into something that works for all of us. The process for the second album stretched over two years which got hard sometimes when we had nearly finished songs that took such a long time, that in the end opinions were drifting apart and made it hard to find an ending. We also changed a lot during that process and it was hard incorporating bit of the beginning with other bits more towards the end but I guess an album really is a snapshot in time and should stand as such. We still are in a process of finding out what each of us wants to express or achieve within Sizarr, but with this new album we reached a point where we definitely took a step further from the last album and we are really happy to finally share the result of the last to years with a greater audience.

KALTBLUT: So you are starting the tour for ‘Nurture’ can you tell us about what you’ve got planned for your shows?

Sizarr: It’s going to be 100% us! Some old songs, some new songs, the best support bands you can imagine, (Vin Blanc/White Wine and Drangsal) and we are planning to have a really good time.

KALTBLUT: Do you feel your sound has changed since you first started?

Sizarr: It definitely has changed. When we worked on our first album ‘Psycho Boy Happy’ we were so excited that we tried to combine all our influences in nearly every song. When we listen to it now we feel like it’s an overload of sounds at some points. For our second album we wanted to be more strict. We wanted songs that could also work when only played on a guitar or a piano.

KALTBLUT: What growth do you think you have faced as a band since your album ‘Psycho Boy Happy’?

Sizarr: In contrast to the first album, where we did everything to not sound German, we now have found loads of things that actually are likable about this country and it’s music they just lay a little further back in time. We still have an international approach but being German and having grown up here of course is an impact, and mixing up all of this was way more interesting for us this time. So we have some German words and parts in the lyrics, sometimes because Fabian just wrote them and sometimes because words were simply just not translatable in that way.

KALTBLUT: Who are you listening to at the moment?

KALTBLUT: Does your music draw on personal experiences and influences?

Devonté Hynes and Neneh Cherry – He She Me

Sizarr: Yes of course. We think you’re always inspired by your environment, the people around you and the experiences you make.

KALTBLUT: Finally, can you divulge a little on your plans for 2015?

Sizarr: We can finally share our new album Nurture on the 27th february, we will go on tour and hopefully play a shit load a festivals!

‘Nurture’ is available from the 27th February! You can pre order here: 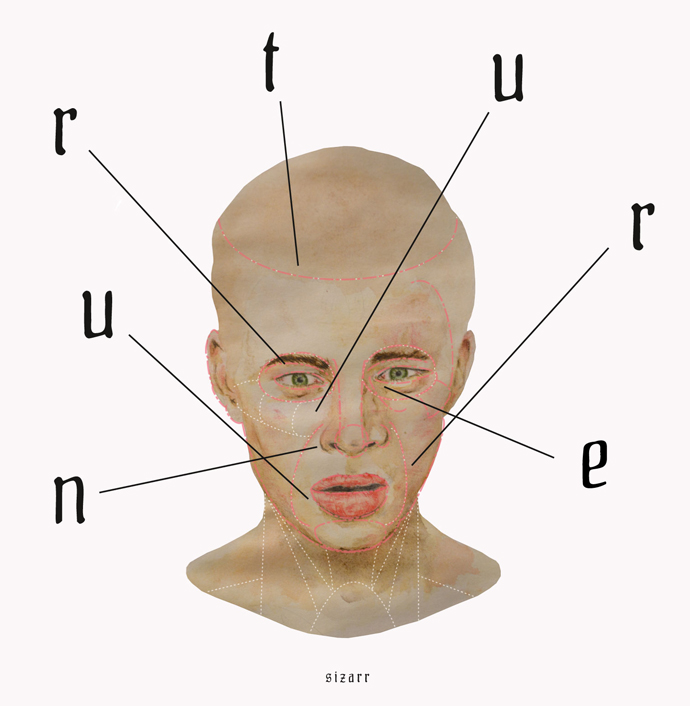