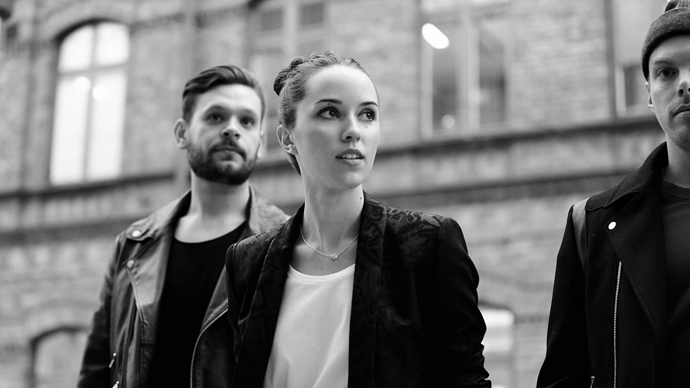 Taken from their new self titled EP, Kate Boy have unveiled their video for ‘Higher’. With members hailing from Sweden and Australia, the electro-pop trio have developed their sound since early 2012. Fronted by singer Kate Akhurst, the band have created a moving video directed by Ben Strebel, noted for his visuals for Gorgon City and Phoenix. Keeping to the constant chilly flow of the song, the video depicts an eerily grey story that unfolds as the heavy thumps of the song continue.

“The song ‘Higher’ is about equality and acceptance, and the video is set in a world where a society lives under the watchful eye of an oppressive force,” the band says. “We follow several characters as they struggle against authority under the toxic light where individuality is not tolerated. Through an ‘illegal’ crystal they one by one are able to see the world as it should be, vibrant and colourful, something they never knew could exist.”