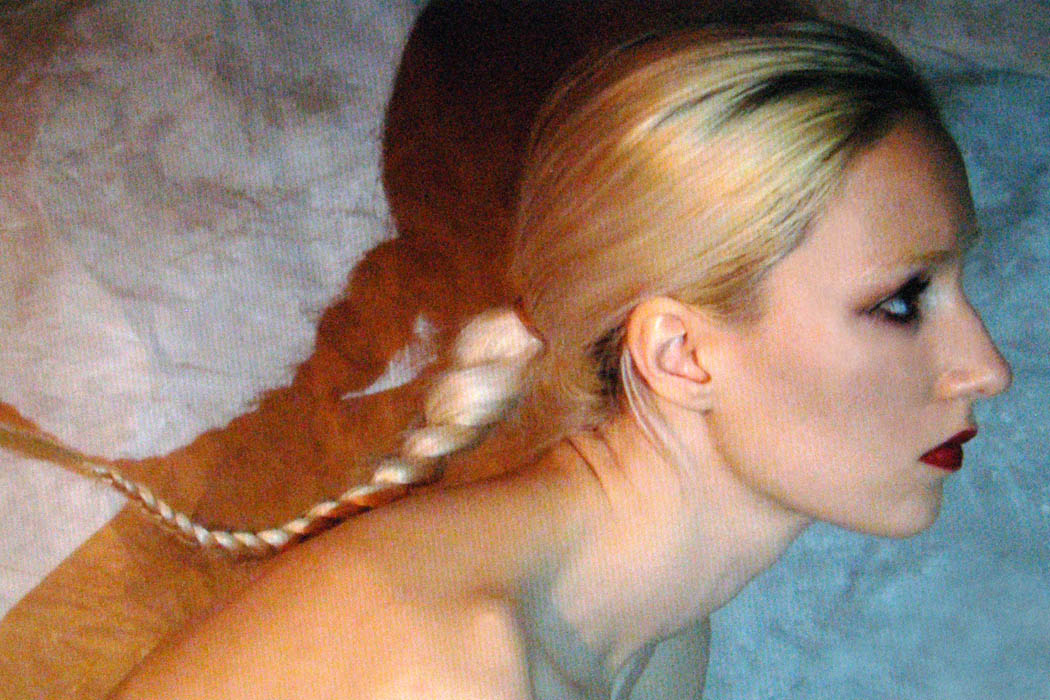 Sound of the Week: Sally Dige

KALTBLUT had the chance to talk to Berlin-based electronic artist, Sally Dige! With a combination of her catchy pop songs and lo-fi avant-garde videos to accompany them, Sally is the absolute full package. We spoke to her about her Vancouver routes, self-made music videos and her debut album!


KALTBLUT: How did you first start producing your own music?
Sally: Before doing my solo project, Sally Dige, I played in a band for a number of years. I learned a lot during those years and a few key people entered my life because of that band who taught me so much about music and composition. Still, when I jumped into my solo project it felt like unknown territory because now I was creating music alone with a computer as opposed to with bandmates; organically composing a song. I would be lying if I said that I know what I am doing and I still have much to learn! It’s forever a learning and growing process. There have been a few key people helping me along the way; teaching me new things with production and engineering and showing me other possibilities in songwriting and production that I am so thankful for.

KALTBLUT: Is it something that you’ve always been interested in? Were you brought up surrounded by music?
Sally: I have always loved music and have wanted to do music since I was a child. The first band I was in was when I was 10 years old with a classmate. We would write pop songs and practice during recess, after school and on the weekends. We would write lyrics and vocal melodies but didn’t know so much how to apply the instrumental part. All that we knew about instruments was what we learned in band class, like learning recorders and horn instruments but our pop songs didn’t match the backdrop of a recorder, saxophone, xylophone or piano. When we would listen to songs we liked, we would be so confused asking, “What is THAT sound?! We need THAT sound for our songs but what is it?!”. I later came to realize it was just a synthesizer haha. It sounded so plastic and foreign.

There are a lot of creative people in my family. Musicians and singers stream through my family line but in my immediate family my mother is a visual artist and writer and my father is a carpenter and motorbike racer. Music was always playing in the household and my mother’s taste in music is so diverse which I think made me appreciate so many different styles of music. My dad just likes ABBA.

KALTBLUT: Have you always been based in Berlin?
Sally: I have only been based in Berlin for two years. Prior to Berlin I was living in Vancouver, Canada. The two cities have quite a different sound and taste in music. One being is that there is a bigger interest in electronic, heavier and darker music in Berlin. Before I left Vancouver there was a lot of garage-grungey guitar bands. I’m not sure if it is still that way or changed. In Vancouver there are also a lot more traditional ‘bands’ with a full line-up. I don’t think I have ever seen a show in Berlin with a live drummer, except one time but it was a touring band from Vancouver (haha). Everything here is electronic. Actually now that I think about it, I don’t think I even know any ‘drummers’ in Berlin but I know tons in Vancouver.

KALTBLUT: Your videos are great! Very late 80s-Super 8-grainy. Do you create these yourself? Where do your ideas come from?
Sally: All the videos I created myself except “Losing You” which I did in collaboration with Johannah Jørgensen and “Hard to Please” in collaboration with Laslo Antal. My ideas are always changing. I usually like to do things different every time to keep it interesting and to learn something new in the process. I like playing with different aesthetics, formats and so on and to challenge myself by doing something different for every video that will inspire me to come to a new result. It’s so hard to pin down where my inspiration stems from. They come from all places, sometimes in an unexpected moment. The last video inspiration came from an advertisement I came by while flipping through a magazine. It wasn’t anything special except that it had two different colours split down the middle. I thought then that I would like to do a video that collaged together images of patterns and colours with an underlining narrative.

KALTBLUT: What can we expect from your debut album? Is there a particular theme?
Sally: It’s a bit of a compilation of sounds. Older stuff that was more poppy, cleaner and minimal to slower, moodier songs. Generally I sing a lot about loss and disatisfaction.

KALTBLUT: Is the album title about yourself or someone else?
Sally: The title comes from the first track which I wrote about someone else. However, it kind of sums up a lot of the general mass behaviour of never being pleased with what you’ve got.

KALTBLUT: Do you have any new projects coming up? Are you always set on music-based projects?
Sally: I have a music/theatre performance on June 5th at the English Theatre Berlin, in Berlin. I have a few completed (not yet published video projects). I would like to do more projects around music, theatre and videos.

KALTBLUT: Are you playing any gigs soon?
Sally: Other than this theatre performance piece on June 5th (at the English Theatre Berlin), I am playing a few gigs in between in Canada. I will be doing a bigger stream of shows in Fall.

KALTBLUT: What words have been the most inspiring to you?
Sally: You are on your own personal journey. I always tell this to myself when I encounter those dark artist stages during any creative process where one questions everything they are doing. It doesn’t matter what anyone else is doing only that every step you take you are farther than where you were yesterday and that you are always growing, learning, developing and becoming better in your own journey as an artist, person or whatever it is that you want to achieve.

KALTBLUT: What do you want to accomplish this year?
Sally: As cheesy as it may sound, I want to continue to better myself as a songwriter, musician, singer and producer. As I mentioned earlier, I feel I still have so much more to learn and my production skills and knowledge are pretty basic. I want to continue learning, growing and developing my craft and to collaborate with interesting creatives. The creative journey is a never ending process which I think is so exciting.

Hard To Please is out now on Night School records!