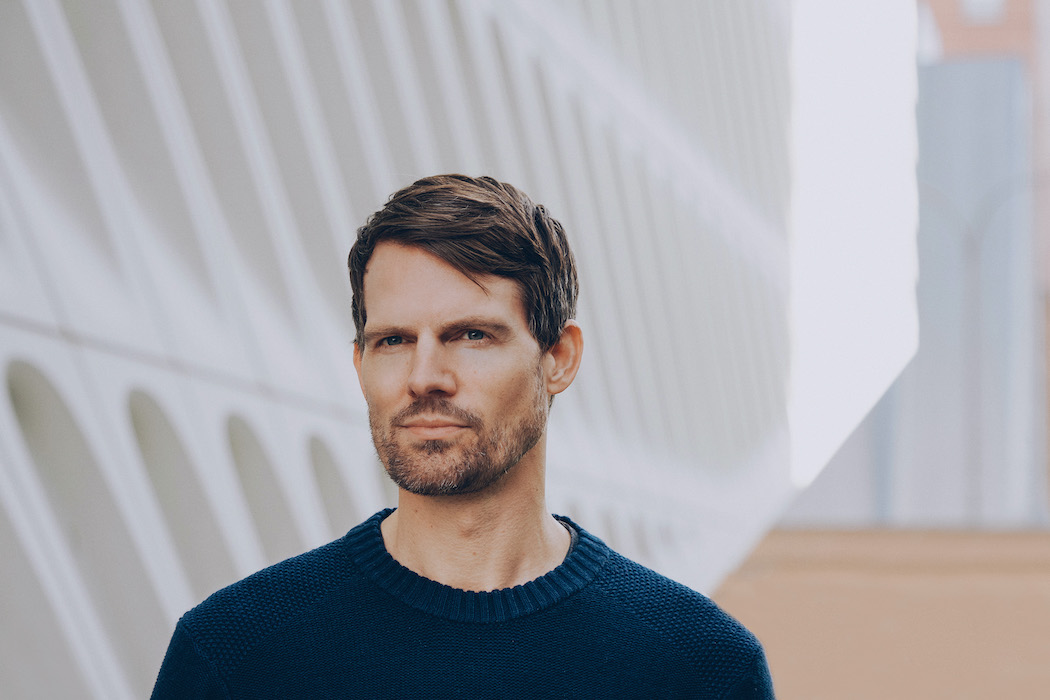 Sound of the Week: Tycho

It is no surprise that music can evoke a wide range of emotions and reactions – it seems like stating the obvious, really – but that synaesthetic property feels even more evident on Tycho’s (Scott Hansen’s musical project) work. Suddenly, we are transported to the end of a brilliant summer, already nostalgic for the long, warm days. That one last party outdoors, that one specific Sunday morning memory: a type of introspective sound that communicates visually, vividly – and perhaps, universally as well. After a successful career as a graphic designer (he is responsible for all of the visuals for Tycho) and releasing his first album in 2006, what followed were even more experiments and innovative electronic music, which culminated in being nominated for Best Dance/Electronic Album in both the 2017 and 2020 Grammy Awards for ‘Epoch’ and ‘Weather’. We caught up with the musician as he tours Europe (tickets are still available) – just before the release of his new album ‘Simulcast’. Check out the conversation below.

KALTBLUT: How was the process of recording Simulcast? Being a sort of sequel of Weather, was it similar?

Tycho: It was a pretty similar process, aside from the vocals of course. A lot of the foundational work of the songs was already done so it was really enjoyable taking the core ideas and trying to evolve them into new songs.

KALTBLUT: What can we expect from Simulcast?

Tycho: I took all of the vocal songs from Weather and completely reimagined them as instrumentals. In some cases, the instrumentals have very little in common with the vocal versions but I think overall the spirit of the songs is maintained and gives a different perspective on the songs.

KALTBLUT: How did your creative process change ever since you started using Reaper?

Tycho: I was finally able to work with this kind of hybrid sampler / multi-track workflow I had always envisioned. You can have several overlapping layers and items per track (it’s called free item positioning in Reaper), so it just allows for a lot more flexibility and power when arranging audio clips. I can build polyphonic passages from monophonic instruments in a very visual way that feels more natural to me. It’s also extremely efficient so it allowed me to have many more effects and tracks than ever before. The way it handles takes and slip editing also helped me to build more interesting melodies and audition alternate passages in a really fluid way. Generally, it’s just every flexible/customizable and that allowed me to build an environment that matched my workflow perfectly.

KALTBLUT: How did your relationship with analogue x digital change throughout your career?

Tycho: When I first started out I was purely digital, mostly using digital samplers and virtual analogue digital synths, recording directly into the interface. As I learned more about music and recording I began to branch out into analogue synths and analogue recording equipment. As virtual instruments continued to improve I started using them a lot as well. Now I’m pretty much somewhere in the middle, using about half analogue hardware and half in the box instruments and effects.

KALTBLUT: Looking forward to your concert in Berlin! What would you say is the main difference between experiencing your music live and listening to it on digital formats?

Tycho: With the live show and the full band, I think we introduce some more energy and reveal a more driven side to the songs. We push the guitars, bass and drums harder and generally try to feature the heavier elements. We also have the visuals behind us which I think creates a kind of immersive experience.

KALTBLUT: To me, your music sounds incredibly visual. Do you think that comes from your experience with graphic design and photography?

Tycho: I think with both disciplines I’m trying to translate the same ideas. My goal is always to convey the energy and the scale of the natural world and find a way to connect to it in a deeper way.

KALTBLUT: Something we are personally curious to know: what made you choose music over graphic design and /or photography? Was that a conscious decision?

Tycho: I had been doing visual work for most of my life, starting out as a kid drawing and then working as a graphic designer from age 20 to 34. So I felt like I spent a lot of time learning and applying that discipline and I was ready for something new. I found music relatively late in my life at age 21 so I felt like there was always something new to learn. I was lucky enough to be able to start doing it full time in 2011 and so I just kind of took it and ran with it. I didn’t spend a lot of time considering it but in hindsight, it does seem like a pretty big shift in my life. But I still get to practice design a lot doing album covers, posters and visuals for Tycho. I like the balance I have right now, I think someday I’ll probably find a way to make design a bigger part of my life again. But in terms of self-expression I personally find music to be a more efficient conduit for relating my ideas to other people. My visual work was always limited in that sense, with music I feel there’s far more depth and dimension that can be used to translate emotional concepts in a much more direct way. For me, music has a much stronger and deeper connection to the soul and the human condition. It is a more complete language than anything visual.

KALTBLUT: What are your other influences – music or art-wise?

Tycho: The Swiss Style definitely inspired me a lot as a graphic designer. Also, Arnaud Mercier helped me a lot as a mentor when I was starting out. For music is was Photek, DJ Shadow, Boards of Canada and Ulrich Schnauss that inspired me to become a musician myself.

Tycho: A long hike in the woods. I find a lot of peace and insight through the meditation of walking in nature.

KALTBLUT: Any other projects that you’d like to share? Any collabs that we should look forward to?

Tycho: I have some new things I’m currently working on but nothing I can share quite yet!

Tycho’s new album, Simulcast, is out on the 28th of February. You can pre-order it here.