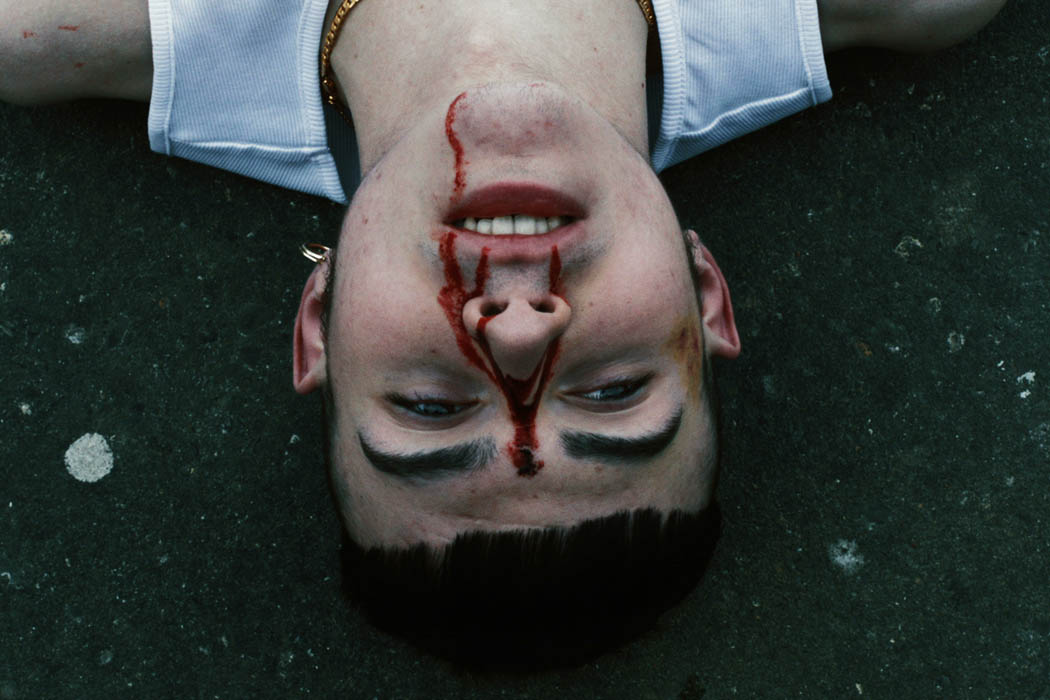 Sound Of The Week: Young Fathers

With their new video “Shame” just released, Young Fathers spoke to KALTBLUT after their recent adventures in South Africa. Their second, highly acclaimed by critics album “White Men Are Black Men Too” via Big Dada / Ninja Tune / Rough Trade has been greatly received and quite comfortably placed on repeat the past few weeks. We spoke to Alloysious, Graham and Kayus about their upbringing in Edinburgh, Russia and foam parties.

KALTBLUT: What have you been up to recently?

Graham: We’ve been in South Africa, Slovakia and Russia. South Africa was definitely an eye opener. There’s a really good music scene out there, lots of young people with a lot of drive, lots of hustlers that’s what they call themselves out there. Basically young people who want to make something of themselves. So yeah, we played in Johannesburg and Cape Town. It was really good. 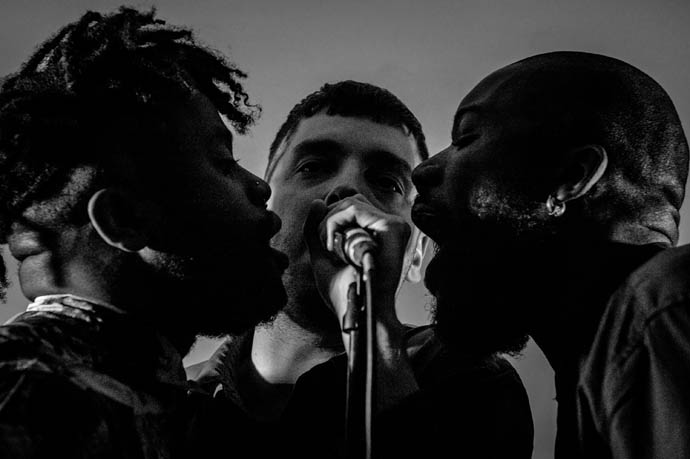 Alloysious: Square.
Graham: Very Red Square. [Laughs] Alloysious: It’s nice that we had an opportunity to go. The gigs were really good, good atmosphere. You can tell there was a sense of anticipation because we never made it last time. So really it kind of built up that we were finally going.
Graham: Yeah, the reception was great. Just that the airport was a bit of a struggle.
Alloysious: It is what it is! [Laughs]

KALTBLUT: Where did you write the new album?

Graham: Some was recorded in Australia, some back home, pretty much everywhere because we always have ideas it just gets recorded anywhere. We came to Berlin to kind of solidify it, strip it down and get the arrangements right. So we were here just for a few weeks, in our basement. It wasn’t even a real studio. And that was it really, just fired through and got it done.

KALTBLUT: Does it matter what environment you’re in when recording?

Graham: No, I think we can record anywhere and we like to keep it that way. We’re not big fans of studios. I mean it is nice to get that once in a while, but it’s about the song rather than the equipment you use. 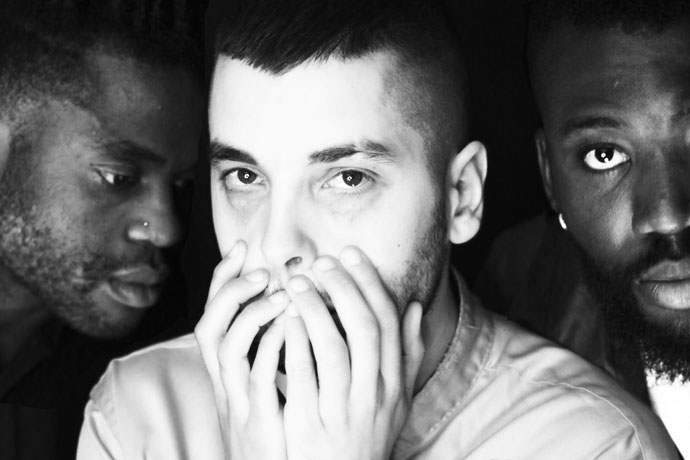 KALTBLUT: Did you experiment more with your sound for this album?

Alloysious: Well we’re constantly challenging ourselves, you know. We have a general consensus of making ourselves feel awkward and in this album things have been simplified, to the point that there are less words and less content. We don’t want to over explain parts, and it’s a challenge in itself to do that.
Graham: We wanted to strip it down, simplify and make the words strong enough.
Kayus: Bringing it down to the bare essentials and making it stick.

KALTBLUT: Did winning the Mercury Prize alter your outlook on how your music was produced?

Graham: No, whatever would have happened we wouldn’t let it change what we do. Since it happened we just stepped up a bit. We could have stayed in Britain and done all the interviews and that, but we just thought “What’s next?”.
Alloysious: I think peoples expectations changed a little, because after then it all became real. This weird, underground band becomes something. This is happening, this is serious, it’s not fun and games.

KALTBLUT: Where are you guys based at the moment?

Graham: Edinburgh. We’re always away though, especially at the moment.

KALTBLUT: Where are you looking forward to playing at this year?

Kayus: I think when we were starting up this year South Africa had to be at the top of the places we were looking forward to visiting, and now we’ve been it’s completely been beyond our expectations, mine especially.
Graham: I think there was a certain thing where you see eye to eye, especially with the artists in South Africa. I think it’s the attitude of their music. If you listen to the radio shows it goes from local South African artists to the Velvet Underground, it’s just great. Different backgrounds crossover, it’s a really good insight to how some of the artists like to be heard.
Kayus: People are a lot more diverse and open.

KALTBLUT: Is it quite different from the Edinburgh music scene?

Graham: Yeah. Adversely! [Laughs] The Edinburgh music scene is non existent to be honest.
Alloysious: Nah, there’s nothing.
Graham: I mean, there’s people making music there but the scene isn’t that strong.

KALTBLUT: So how did you all manage to get together?

Graham: There were two nights: a dance foam party and a hip hop night. So it was slim pickings really. We met in the hip hop club and that’s where it all started really. Bass, loud music. It’s the first time we got on stage together, performed a three minute pop song while everyone else rap battled.
Kayus: They place other stuff too.
Alloysious: Like dancehall, pop, RnB. There was so much variety. You know, Sean Paul was massive at the time, some banging tunes. I mean we were 14 at the time, definitely slim pickings. 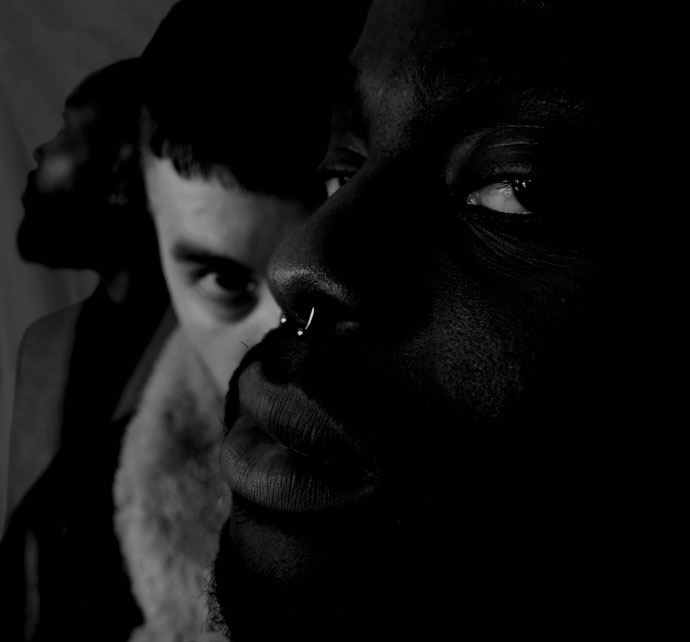 KALTBLUT: Why choose the title “White Men Are Black Men Too”?

Alloysious: It’s how we felt, it’s getting that conversation across so that people talk about it in an open way: positive or negative. It’s definitely something that we feel strongly about that needs to be put out there.
Graham: I think you do what you can do to bring it up, so you can’t avoid it.
Alloysious: It’s human nature to be like, this is division, this is the way it has to be. It’s a constant thing, but we were playing our part to help that cause to stop it.

“White Men Are Black Men Too” is out now! 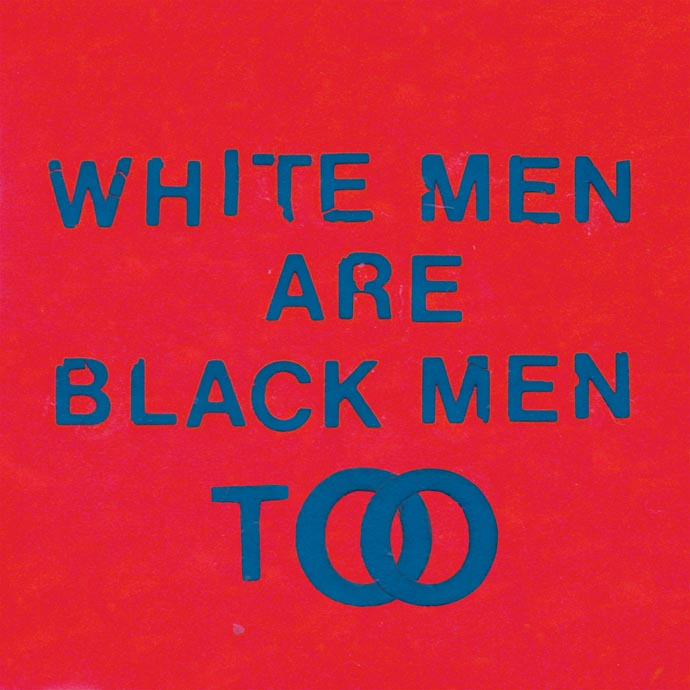