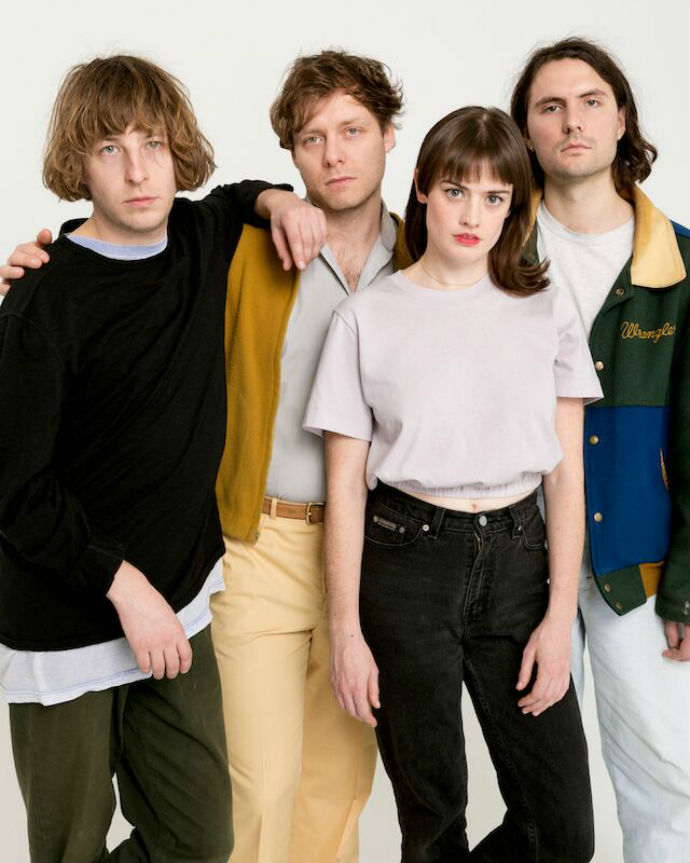 Sound of the Week: TOPS

Right before Montreal-based TOPS performed to a sold-out audience in Berlin, we had the chance to ask vocalist-songwriter Jane Penny a few burning questions on their third and latest album, Sugar At The Gate.

KALTBLUT: What were the main inspirations and motivations behind Sugar At The Gate?
Jane Penny: Living in Los Angeles was a source of inspiration. Otherwise I was thinking a lot about the women in my life, my own experiences in adolescence and what kind of things I would want to sing about night after night, the emotional conflicts that preoccupy you and a vision towards more positive relationships.

KALTBLUT: Is there a correlation between the location you recorded it at – the former brothel – and the meaning of the album title?
Penny: Sugar at the Gate definitely has sexual connotations. The house also has a white gate that opened onto the driveway, right where the garage is that we jammed and made the record in. We joked about the sugar at the gate being the music we made there.

KALTBLUT: How does the Montreal music scene compare to the LA scene in your experience?
Penny: The Montreal scene is almost entirely made up of local electronic musicians and bands that do everything themselves and are working from the ground up. LA has a lot more session musicians and players. It’s guided by commercialism but it also draws some of the most talented musicians I’ve come across.

KALTBLUT: Where do you want the band to go now?
Penny: I’d like to keep making recordings that are interesting and varied, but still rooted in our dynamic as a live band. There’s a certain divide in music between rock and electronica, but because we’ve always had a lot of synths on our tracks. We love pop music and we love playing together, so we’ve never chosen sides. I like that :)

Nacht deines Lebens – Night Of Your Life powered by BECK´S