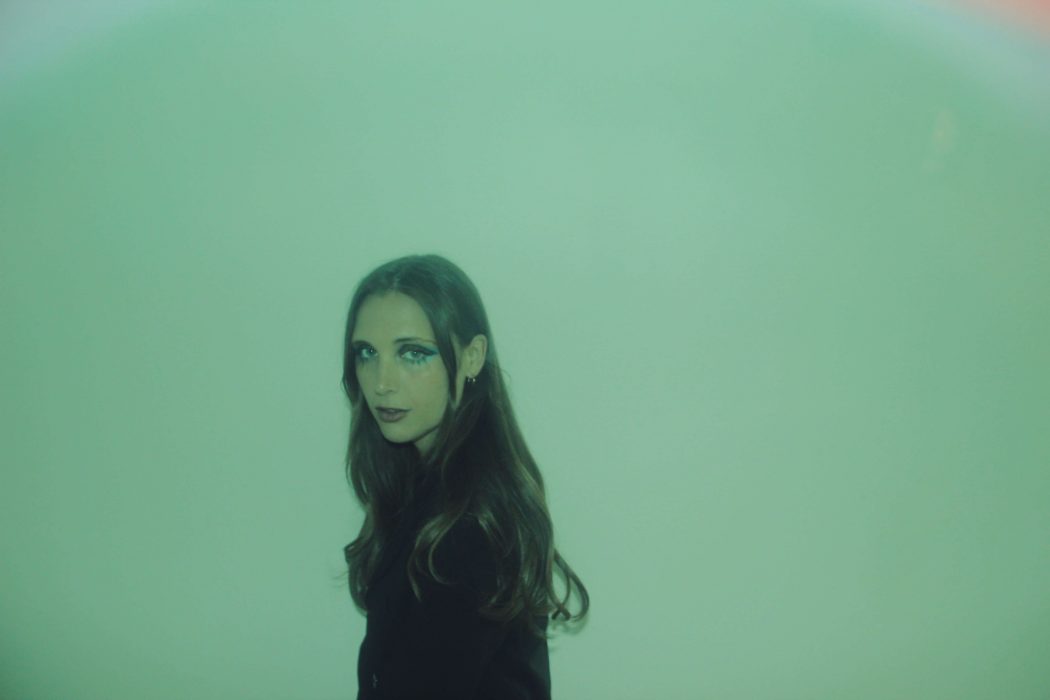 MIYNT is a Swedish artist who merges subtle psychedelic rock-leaning fantasies with a bedroom pop undercurrent. ‘Peaches’ is their second release ahead of this summer’s upcoming EP, where peculiar lo-fi melodies marry soaring articulations. As a whole, the project is a result of a few top secret missions: one including a decade-long basement songwriting and producing process which offered time and space for the artist to experiment without interruptions or feedback from the rest of the world. Inspired by their dad’s solid vinyl-collection of Bowie and Kraftwerk, 1970’s Japanese disco, and their Swedish colleagues in the underground scene, MIYNT’s soaked it all up. The second top secret mission? Creating a soundtrack to a Bond movie that was never made, entitled “Vacation with Bond in south of France part 2“.

We had a chat with the mysterious creative powerhouse to elaborate more on their inspirations, the underground Swedish scene and more on this unreleased Bond movie.

KALTBLUT: Can you explain the narrative behind “Peaches”?

Miynt: I was in sort of a situation where I waited for an answer I would never get. So I guess I played with the idea of trying to catch that answer. If I break it down I think the song is about poor communication. Sometimes I wonder how people with all their luggage and baggage (walking stories basically) can agree on anything, it’s very perplexing. The video I think showcases that, “men in meetings” trying to agree, I made that video as sort of a joke but now I think it suits the theme of the song perfectly.

KALTBLUT: How was the single written?

Miynt: Me and my friend Karl Hovmark who is an amazing drummer/musician/more were playing around in the studio. We both had just heard the song ”Work this time” by King Gizzard and Lizard Wizard and I got really happy by the intro-drums so I wanted to do a song that was just drum fills throughout the whole song. But then the other instruments sneaked their way into the song. It was a really fun process, I think we made it in like one or two days. Everything is recorded with analogue instruments and we were eating tomato soup for lunch.

KALTBLUT: How has the local community supported and inspired this project?

MIYNT: I’ve been played at the Swedish radio-station P3 about 10 times from the start 6 years ago but I think that’s about it. I don’t feel very close to the country, or this project doesn’t at least. I lived in LA last time I released, maybe that has something to do with it. Although I have very supportive friends in the more ”underground” music scene but I guess we haven’t really promoted the project in Sweden, I think it would be very nice to reach some people here. But I don’t wanna push the project either, it blooms where it blooms.

KALTBLUT: What is your underground music scene like in Sweden?

MIYNT: It’s pretty good if you find the right places but it’s been hard finding small venues to play in Stockholm lately, they’re all shutting down because of people complaining about the loudness. Apparently, people want Stockholm to be a silent city and I think that is sad.

KALTBLUT: Can you share details from this Bond movie that ‘was never made’?

MIYNT: Haha YES someone finally asks this question. The movie starts out on the moon in the ’60s where a lab/evil corporation does science on Space-monkeys. Bond gets sent on a mission to stop it. Bond is played by a young Kyle Maclachlan and he plays it WELL. In this movie Bond has a hard time figuring out if he wants to be ”Bond” or just a human, you could say he goes through some sort of existential crisis, “WHO am I”, Bond asks himself several times. Therefore he takes a lot of vacation, especially to the south of France where his boss is. The vacation soundtrack was most fun to make, the music for the action scenes is more dissonant dark synths bending in different directions and some percussion in the wrong places. I don’t know how much more I can tell you, but it’s a shame you will never see it.

KALTBLUT: In addition to music, what else do you spend your time doing?

MIYNT: When I don’t do music I try to be in the ocean as much as possible. I’ve studied some psychology but got off it because of music. I also paint a bit and have an Instagram account where I stalk a seagull that lives outside a Swedish pizza restaurant called Dolce Vita. And I hang out with friends a lot.