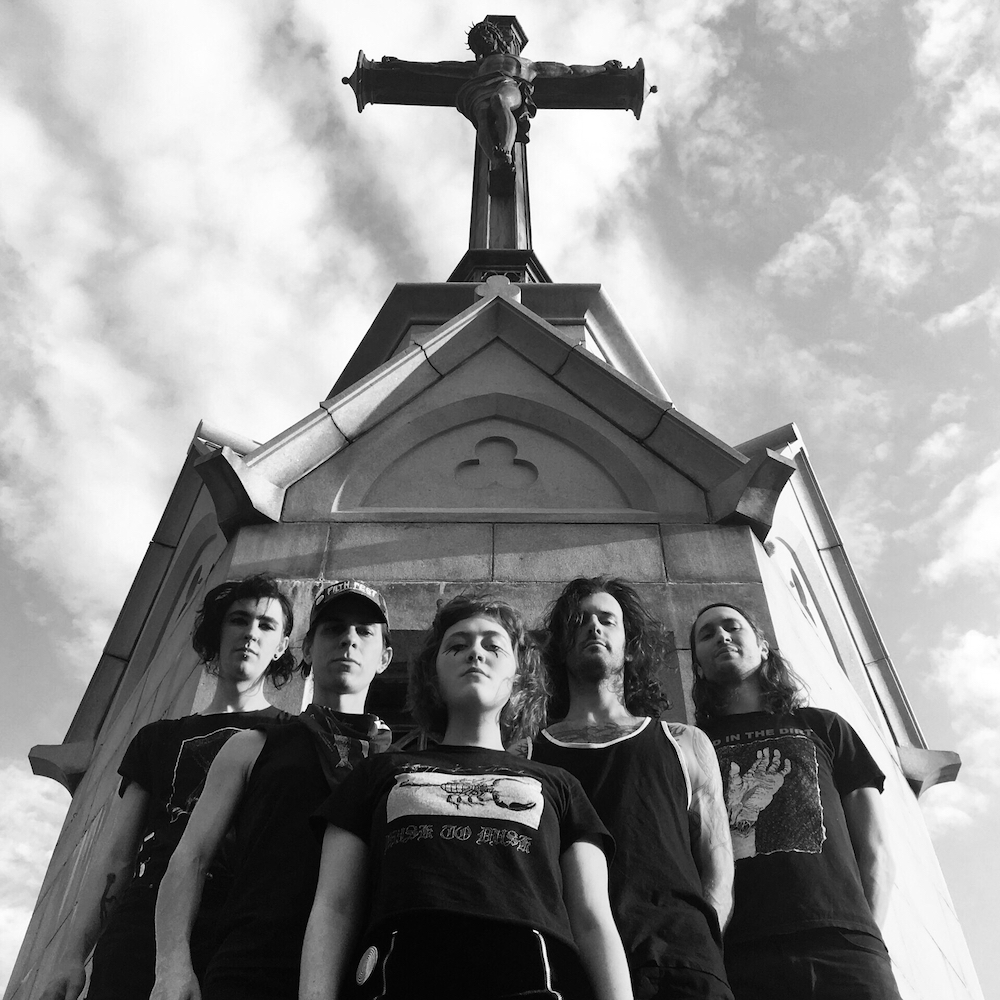 The pitch-black-post-punk band Secret Shame just released their newest, ‘Calm’ ahead of their debut album Dark Synthetics out next month. Based in Asheville, NC, the musicians find themselves in a strange place within their DIY music scene where they’re “too punk for goth and too goth for punk”. This somewhat undefined space has allowed for the five piece to explore dark atmospheres and resurrect moody 80’s soundscapes.

The lyrical focus around “Calm” is a story on domestic abuse, in which singer Lena Machina tells KALTBLUT,

“Calm is written mainly through the eyes of an abuser. It’s a gaslight. It’s ironic, and serves as a fuck you, written like, “do you hear yourself right now? Cause this is what you sound like”. It’s a song that slowly moves through the course of a thought process, a one-sided argument that you sit and nod your head to, and slowly a fog in your mind clears and you realize how backwards the whole situation is. And hopefully, you retaliate. This song created the name “Dark Synthetics” for the album, due to delving into the realm of drug abuse forming domestic abuse. That’s what the whole album is about, and it all ties together. Drug abuse, in relation to mental decay, in relation to domestic violence, and concluding with utter emotional agony. Hopefully abusers everywhere will hear this song and realize the problems they have, and fuck off for good.”