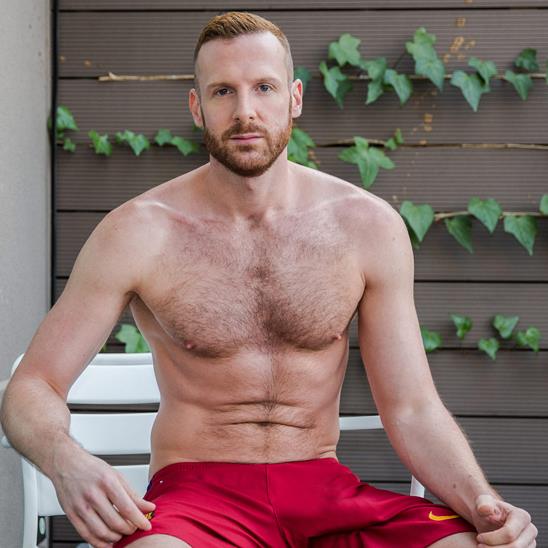 The interview is part of our Collection 1

They invited me over, and my first pornshoot was scheduled.

KALTBLUT: You have worked for many studios. In the USA a lot as well. What are the differences between European and American productions?

KALTBLUT: Do you have a favourite film partner? If so, then who? Why?

TIM: There are just too many sexy and hot guys out there who I would like to shoot with. But sexy in my eyes not always mean muscled. It´s the whole package, attitude, smell that is important to me.

KALTBLUT: A few years ago you launched your own label “Timtales.com”. How did it come to this? What’s the story behind “Timtales”?

TIM: First I put some very short private fucking vids of me online on some gayeties and I got so much clicks and attentions from that vids that I started to dream about my own website. I wanted to show the people real, non scripted sex, wanted to show them what´s happening in my bedroom. Just the idea of it turned me on so much that I did everything to made this dream come true. It was a very long and not always easy way till Timtales became true but now I ´m very proud of what i have reached so far.

KALTBLUT: You have gained world fame and you work for the sex-industry. And we both know it’s not an easy job. How much of the real Tim is to be seen in the films? Or is it always pure horniness that we see? Is it sometimes acting?

TIM: What you see on Timtales.com is the real me, I like having sex and like to show that on my website. We do not have a script or anything like that. It´s pretty much that what I do when I meet guys without camera. Some people want me to be more verbal while I fuck but that wouldn´t be me and I think you would feel it if I just pretend something I ´m not into. And as I am my own boss I can always rescedule a shoot if I ´m not horny or I don´t feel well.

KALTBLUT: Do you do Live-Shows also? I have always had trouble having live sex in front of people.

TIM: Believe it or not but I ´m a very shy person so I never did any live shows and I don´t think I could ever do it. Having sex and keeping a hard on when hundreds of people staring at you isn´t that easy.

If the people wanna see me fuck they can watch me online or on dvd or when they´re lucky they will meet me in a dark corner of a club and can see me having live sex!

KALTBLUT: Are you single? Or do you have a boyfriend? How does he get along with your job?

TIM: Maybe a bit disillusioning for some of my fans but I have a boyfriend for many years. First he wash´t that happy with me wanting to do porn but then he said I should give it a try if it is something I wanna do. And now he is totally fine with it and without him Timtales could not exist because he is supporting me a lot and he is the one who does much of that work you don´t see in the my videos like editing all the stuff etc. But he even appeared in a few videos on my website too.

My friends who know me since years and everyone who is interested in my personality can discover that I´m not just a soulless body with a huge cock between my legs.

KALTBLUT: Have you ever regretted this step?

KALTBLUT: Does your family know what you do? If this is the case, how do they deal with it?

TIM: My family knows what I ´m doing but I´m pretty sure they´re not interested to see any of my movies. I showed them some cover, calendar etc and the´re happy that I can do what I want to do and that I love my job and even can live from it.

KALTBLUT: I have always received fun fan-mails and letters. What was your funniest fan-experience?

TIM: It´s always nice and special when I meet fans or they send me mails, cute presents or gifts and i would lie if I said I ´m not liking it. I love getting feedback from guys and if its positive feedback I like it even more. I travel a lot and it´s astonishing to see that almost in every part of the world there are guys who know you and who like you.

KALTBLUT: What’s Tim Kruger up to when not filming? Where are you to be found?

TIM: When I´m not shooting I try to spend as much time with my friends, not always that easy because all the stuff we´re shooting has to be edited and there is so much to organize . My boyfriend helps me a lot and without him all that would´t be possible . So in my private time I have to take care of my boy too and keep him entertained. Beside that I like to go out to the bars and clubs of the cities I currently live in or visit and that´s mostly Berlin right now.