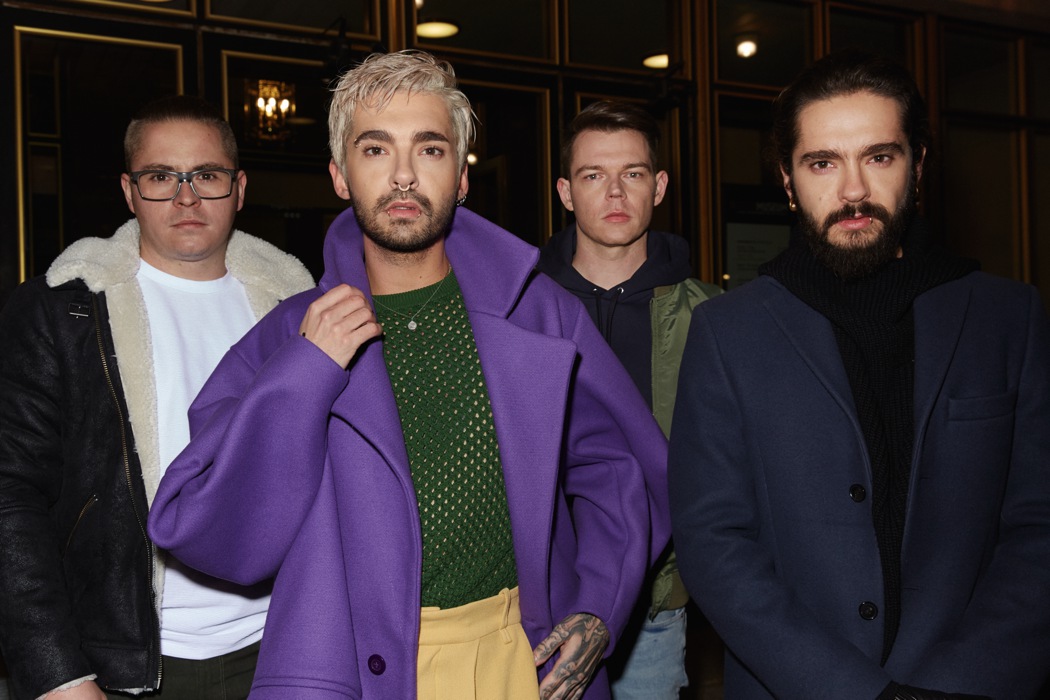 2019 is the year of Tokio Hotel. After the band successfully toured the world, Tokio Hotel now releases the new single “Chateau”. A declaration of love to Heidi Klum. We met Tokio Hotel in Berlin and talked about the new song. And about Bill’s participation in the new Tv show “Queen of Drags”. And what the band planned for Christmas. All photos by Sebastian Pielles.

KALTBLUT: Congratulations to Bill for last night. The premiere of “Queen of Drags” was great. There was a lot of pride, anticipation and magic in the air. How was the evening for you?

Bill: Yes, I thought so too. I thought it was special because you felt the excitement. You realize how important the show is for the community. You notice the anticipation and everyone has the feeling of being a part of something big and important. Everybody put so much heart and soul into it and somehow it’s such a collaborative feeling. I think it was a really nice evening. I had goosebumps although I already knew the episode. But it was nice to see it on a big screen and with all the candidates together.

We’ve all missed each other, too, somehow we’ve all grown together during the shooting and I think you can tell when you watch the show.

KALTBLUT: There was a moment when Candy Crash meant that she was inspired by you and your career. That you gave her the courage to be herself. I can imagine there were probably several moments during the shoot that was emotional for you.
Bill: That made me so happy and proud. That’s the best compliment you can ask for as an artist. The stories really got to me. In one episode we heard from a candidate that her dad doesn’t greet her anymore. No hello or goodbye just total ignorance. My tears shot immediately. It’s just so sad and heartbreaking. 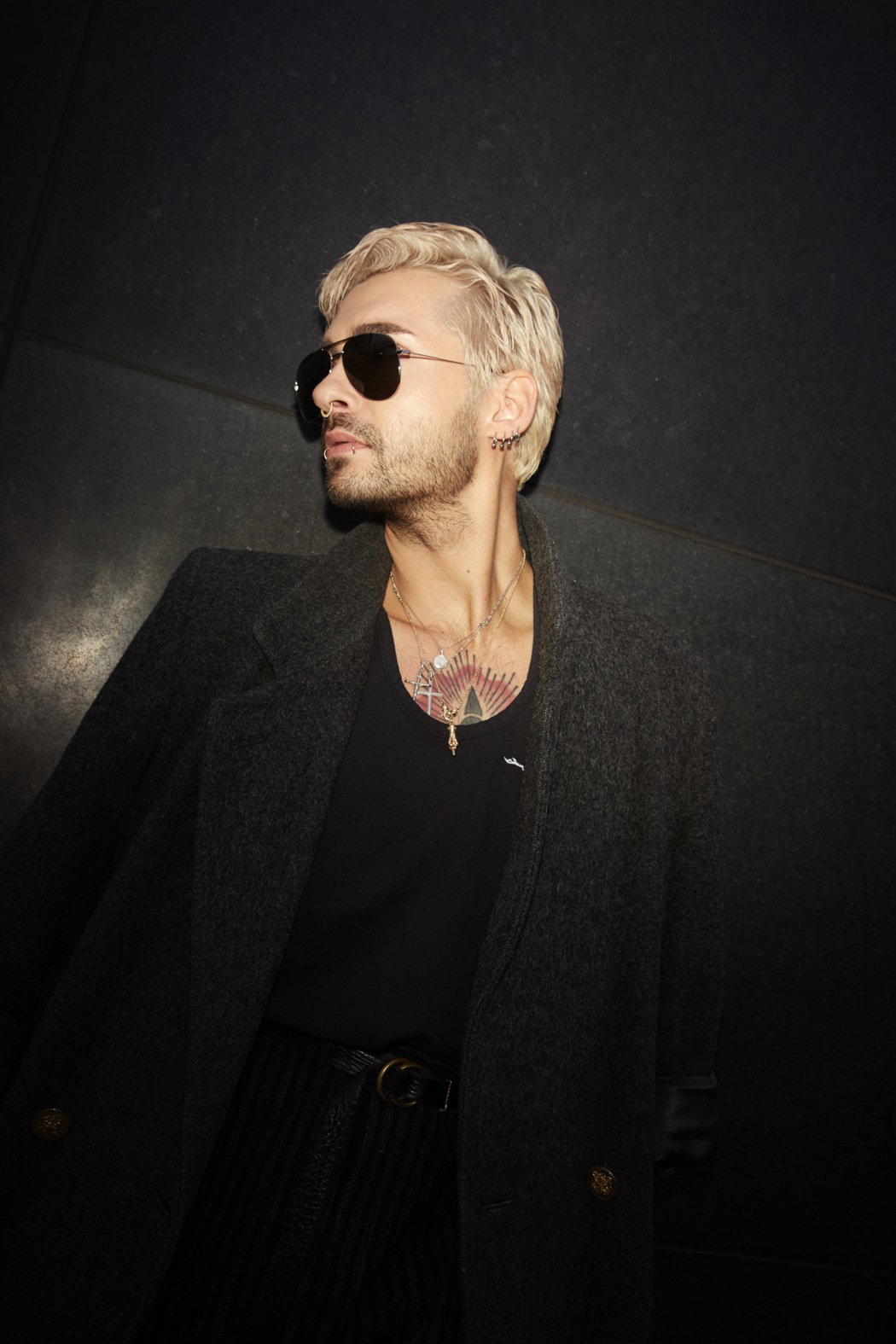 KALTBLUT: I think that you are very respectful of the topic on the Tv show. Very charming is also the scene where Heidi Klum takes a stand on the hatred she was met with because she is part of the jury. How do you deal with hate commentary?
Bill: I have to say I’ve been used to this for my entire career and I don’t even look at comments. When I was 15, there were people that wanted to kill me and wrote that they somehow wanted to hang me and stab me on the red carpet with knives. I have a thick skin, I always try to be fearless but I also have good security. (laughs)

It’s also super important to have some distance and put things in perspective . I think the key is to try to take things not too seriously.  Not the haters and not yourself either.

KALTBLUT: Georg and Gustav, how are things with you? You’re often involved as a band. Do you just blast it out? And will you watch Queen of Drags?
Georg: Of course we get that too! we’re not as much in focus as Bill and Tom but we are family and a band for 19 years.  And yes of course, we also watch the show. Needless to say … 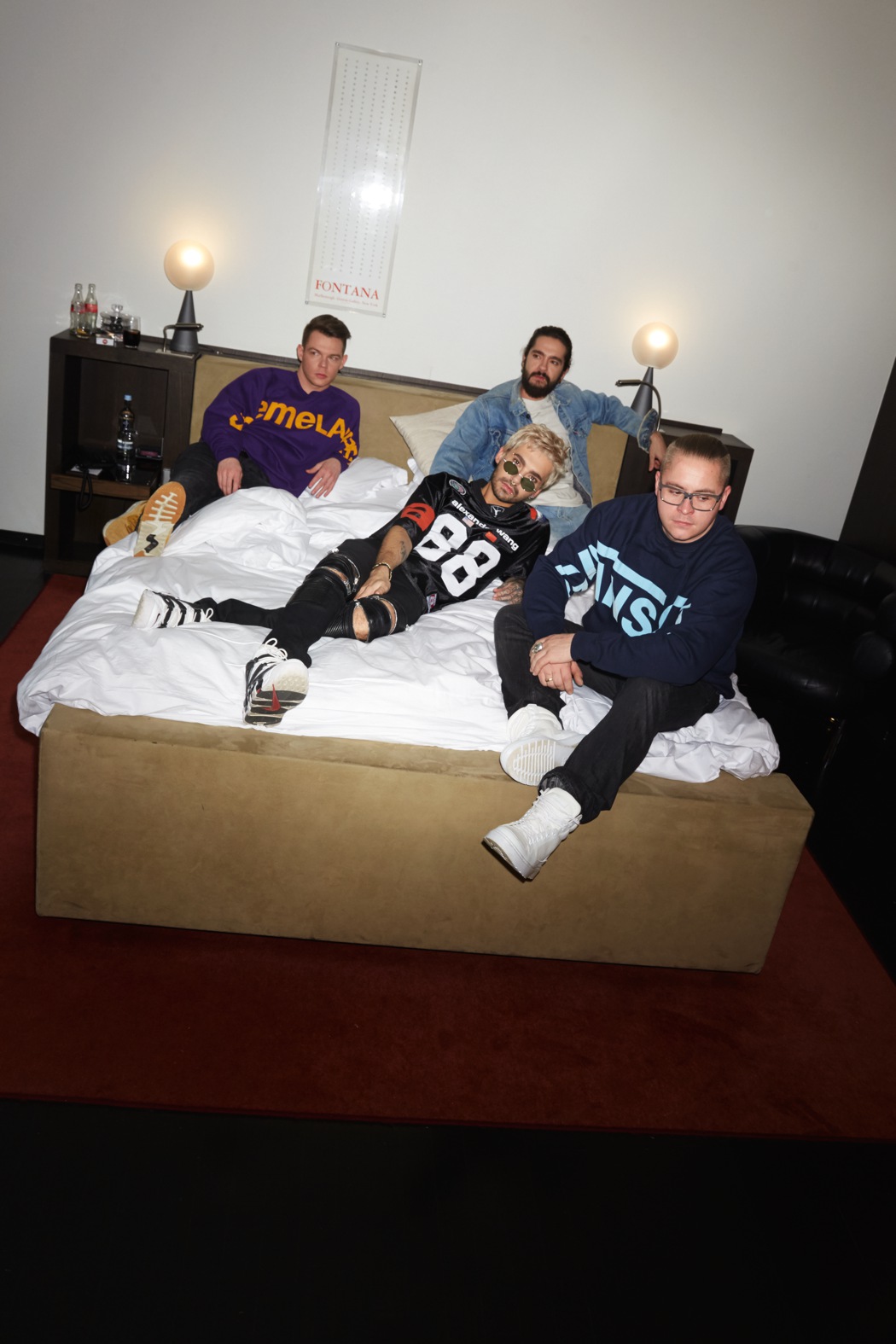 KALTBLUT: Let’s talk about your new single “Chateau”. Tom, you wrote the songs. Would you like to tell us more about the song? What’s the story?
Tom: Yes, honestly it’s been so long now. We recorded it last year in Düsseldorf when we were at Germany’s next Topmodell Finale.

Bill: We wrote the song shortly after Heidi and you met.

Tom: ‘’Chateau” is completely written for Heidi. I normally only produce and make the music but for this song and also the upcoming album I happened to write a lot of the lyrics too! together with bill  of course. This track is really special to us and close to my heart cause it’s very personal and also the first song we wrote for this album.
KALTBLUT: How did Heidi react when you first played the song for her?
Tom: Beautifully! She loved it and I was so happy that Heidi liked it. She immediately danced to it. It was cute. She had it on repeat for days. It’s special because usually she is very critical with my music.
KALTBLUT: Will there also be a video to the single? And everyone will ask themselves: will Heidi play along?

Tom: Yes … the video comes this Friday. But it’s more of a short film. About 12 minutes. It has become a short film about love. We asked a lot of our friends to be in it and the director asked everybody the same questions in a very intimate and simple setting. Of course, Heidi is also in it. It turned out to be a very emotional film that’s very raw and honest. It depicts very different kinds of love. 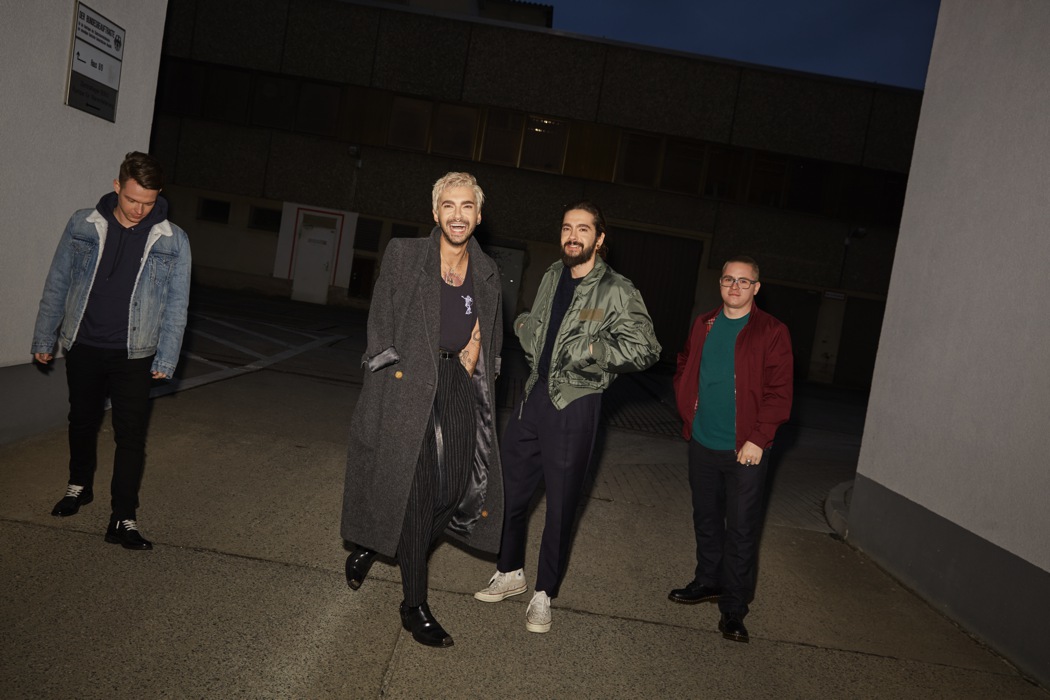 KALTBLUT: When will we be able to buy the new album from you?

Bill: Spring 2020 is planned. It comes together with the 4th single ‘’Berlin’’ , but when exactly is hard to say just yet. We also didn’t finish it yet and are still recording and writing  so who know’s what’s gonna happen during that process. 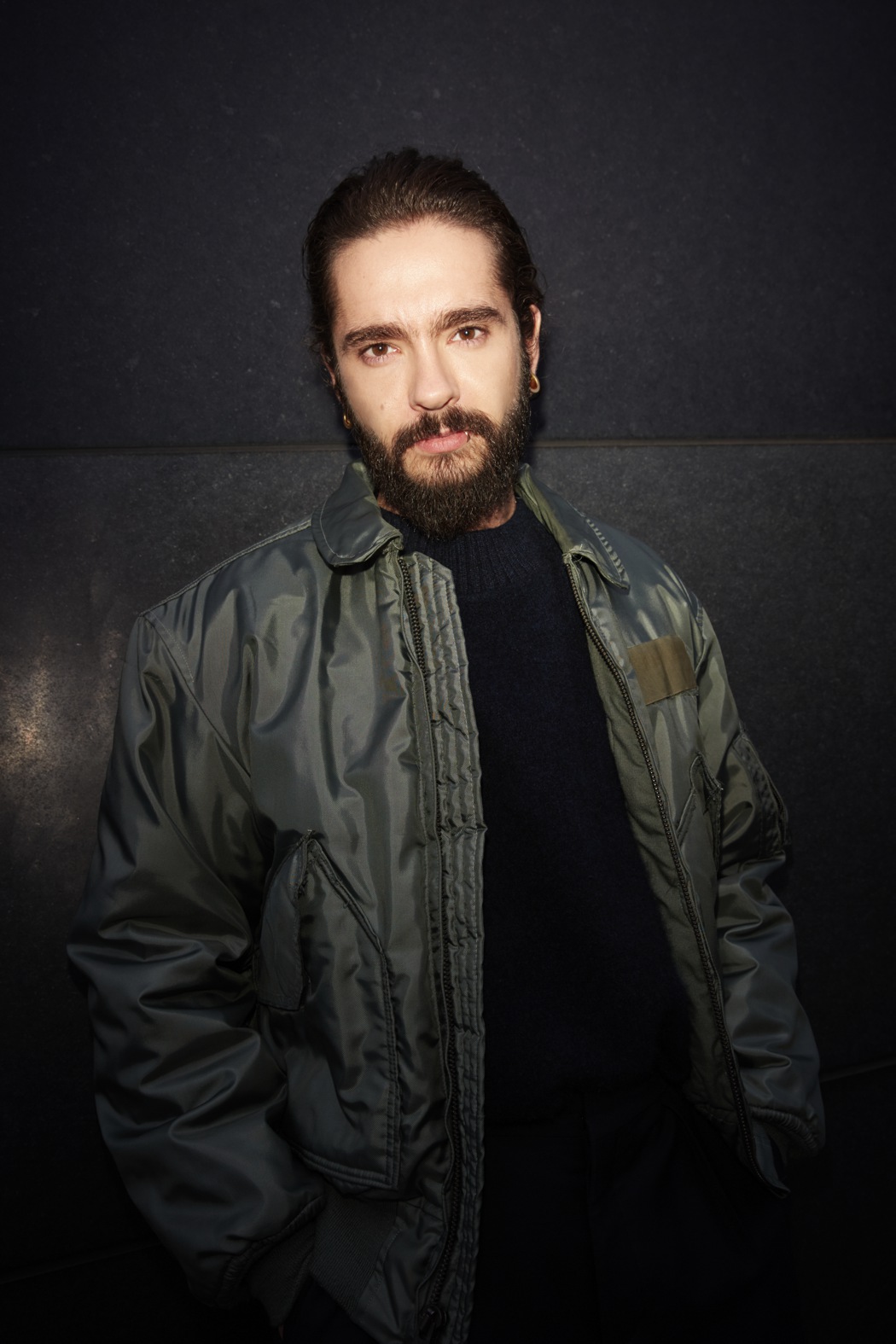 KALTBLUT: You’ve been in the music business for 15 years now. How much has the music world changed since 2005?
Tom: Completely! It’s a whole different world out there. We sold 600,000 physical single CDs only in Germany at that time and today you don’t even produce a physical record anymore. There was so much music on TV and award shows that don’t even exist anymore.

That all just vanished. on the other hand it is easier for independent artists today that are just starting out. they have so many possibilities and outlets that young artists didn’t have back in the day. It was all about signing with a major label. 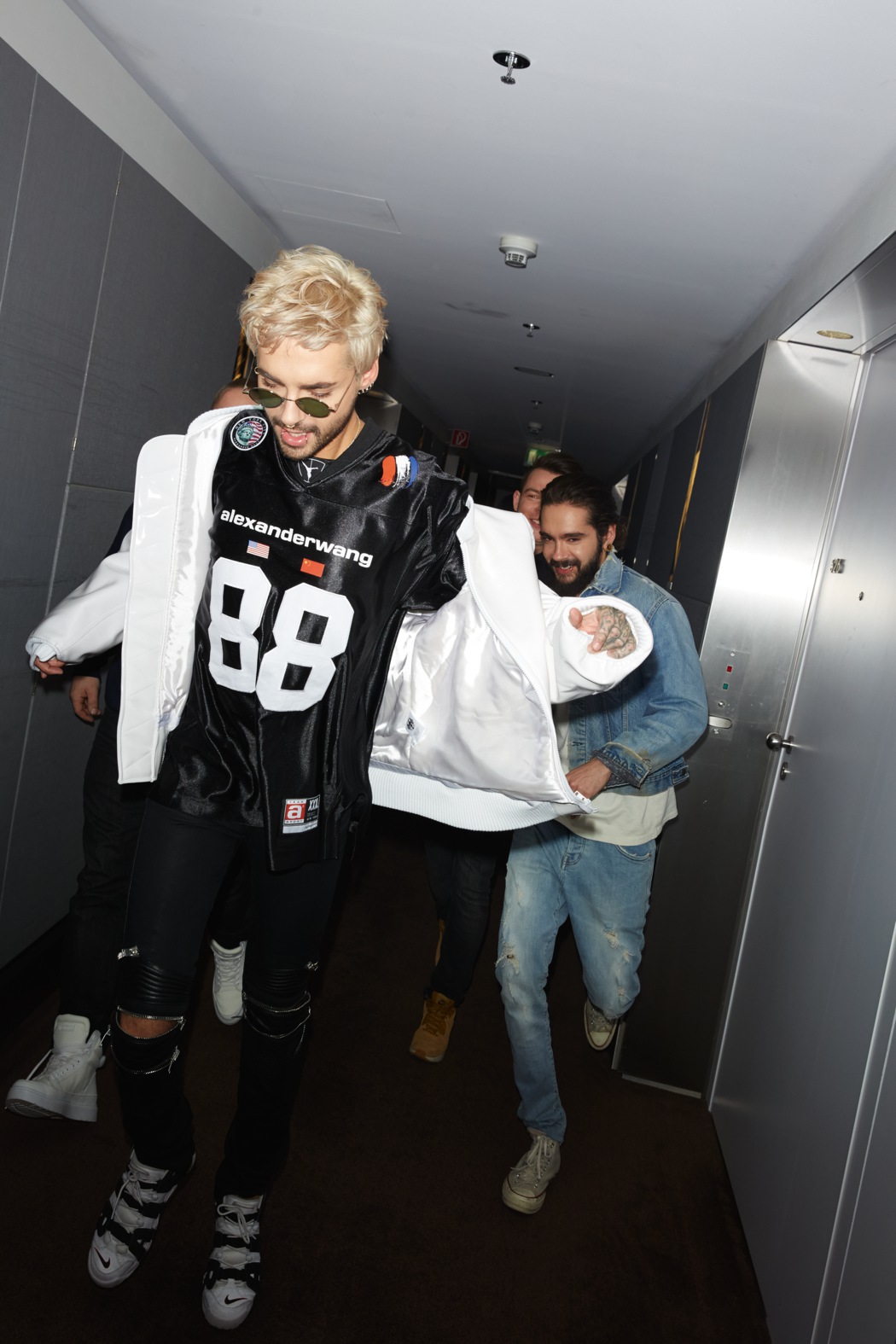 KALTBLUT: Christmas isn’t far away anymore. What do you do at Christmas?
Bill: We haven’t planned that yet. Gustav and Georg, what do you have planned?

Georg: Christmas is always stressful. I try to keep the second Christmas day off and just sit on the couch with my girlfriend at home and enjoy the party.

Bill: I love Christmas. I love being drunk all day. You’re allowed to drink mulled wine all day and start champagne in the morning. I think it’s totally beautiful. Everyone is cosy, at home. I love this season. I also love gifts and like to give other people gifts.
Tom: Me too. I like to give presents, but I don’t like the running around to get them. It’s so stressful.
Bill: I’m good at getting gifts…
See also

Georg: But you are much better at being presented with gifts.

KALTBLUT: Guys, thank you so much for your time. I wish you much success with the new single. And of course a merry Xmas and much success in 2020.

Tokio Hotel: Thank you very much. We wish you the same. 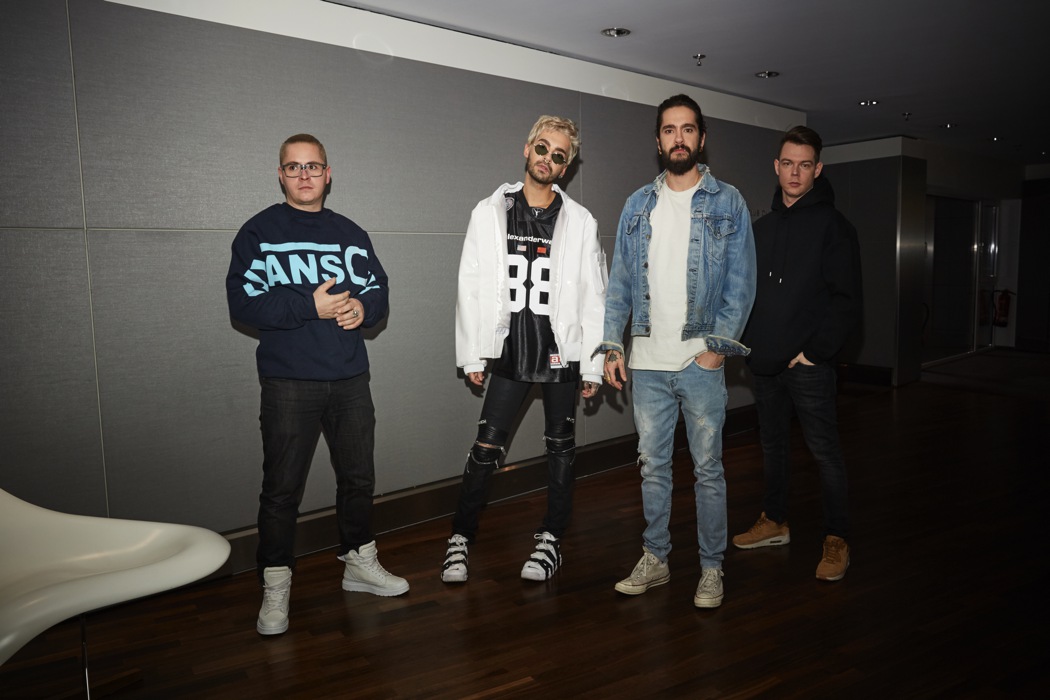 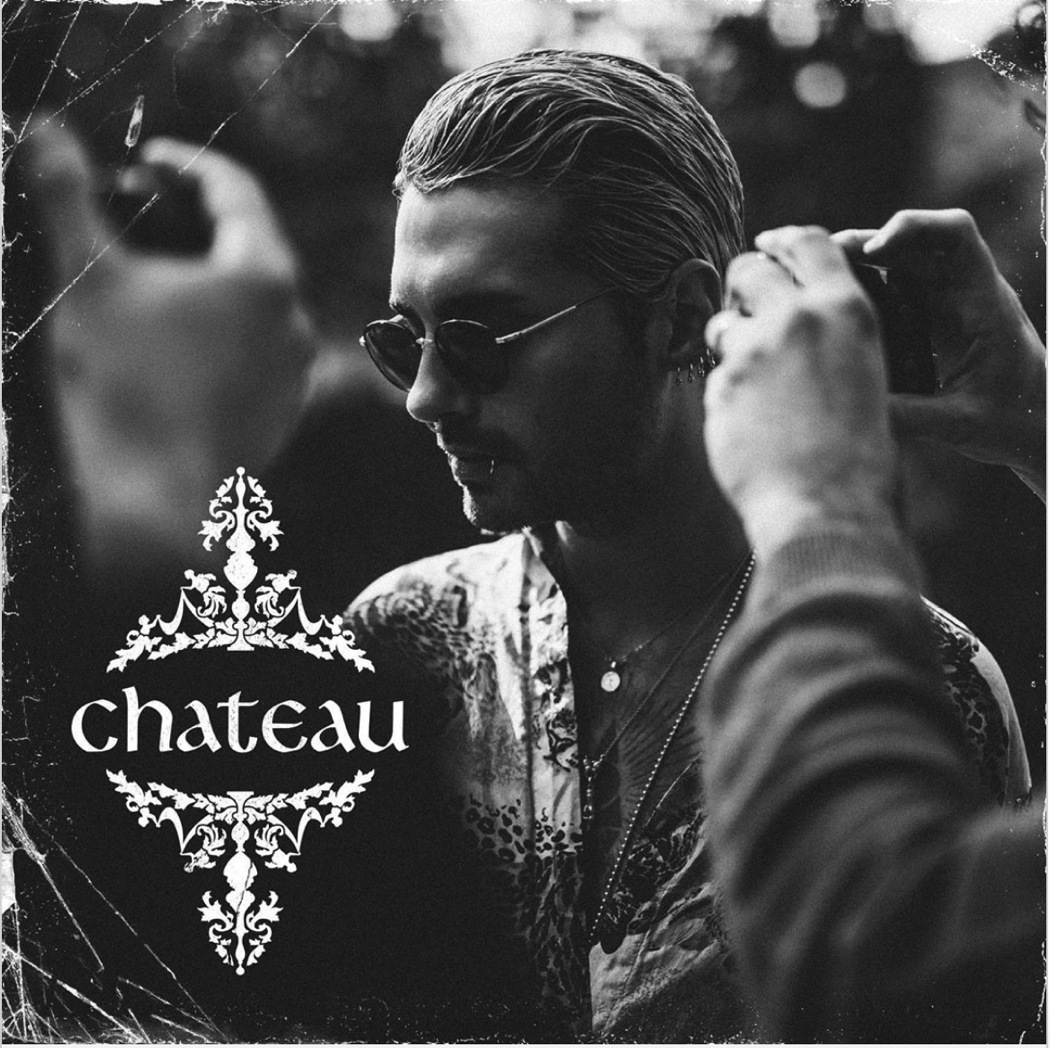