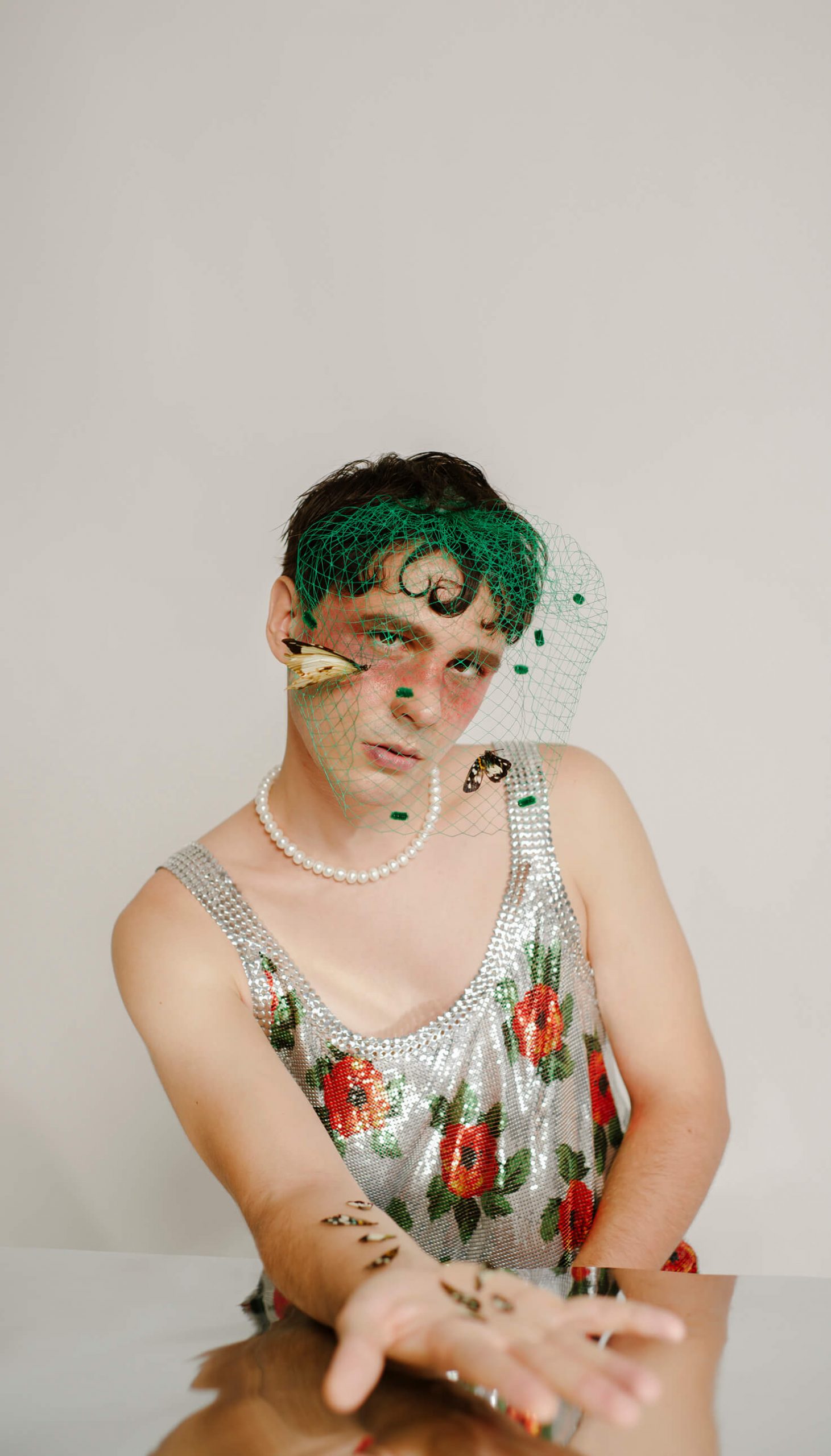 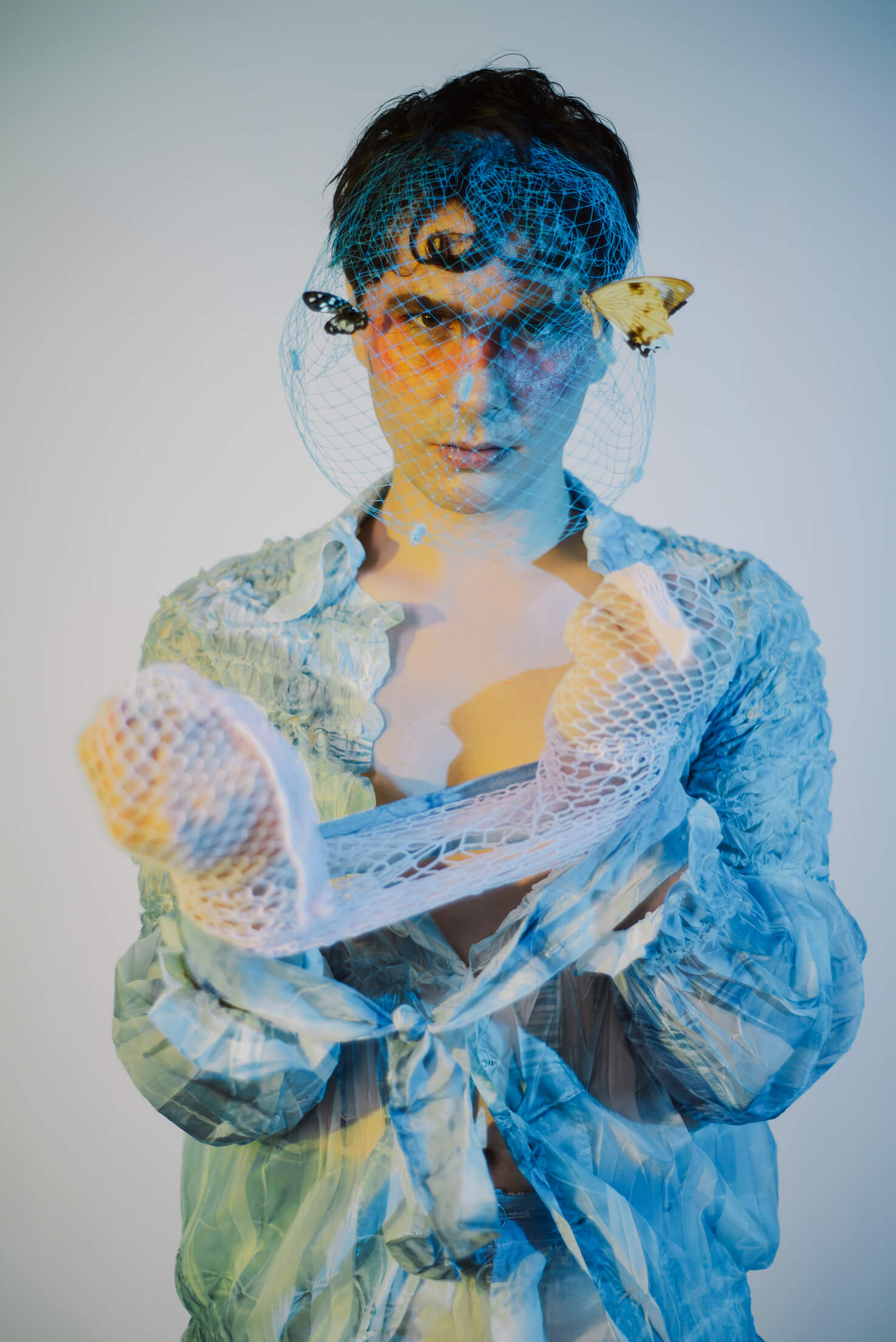 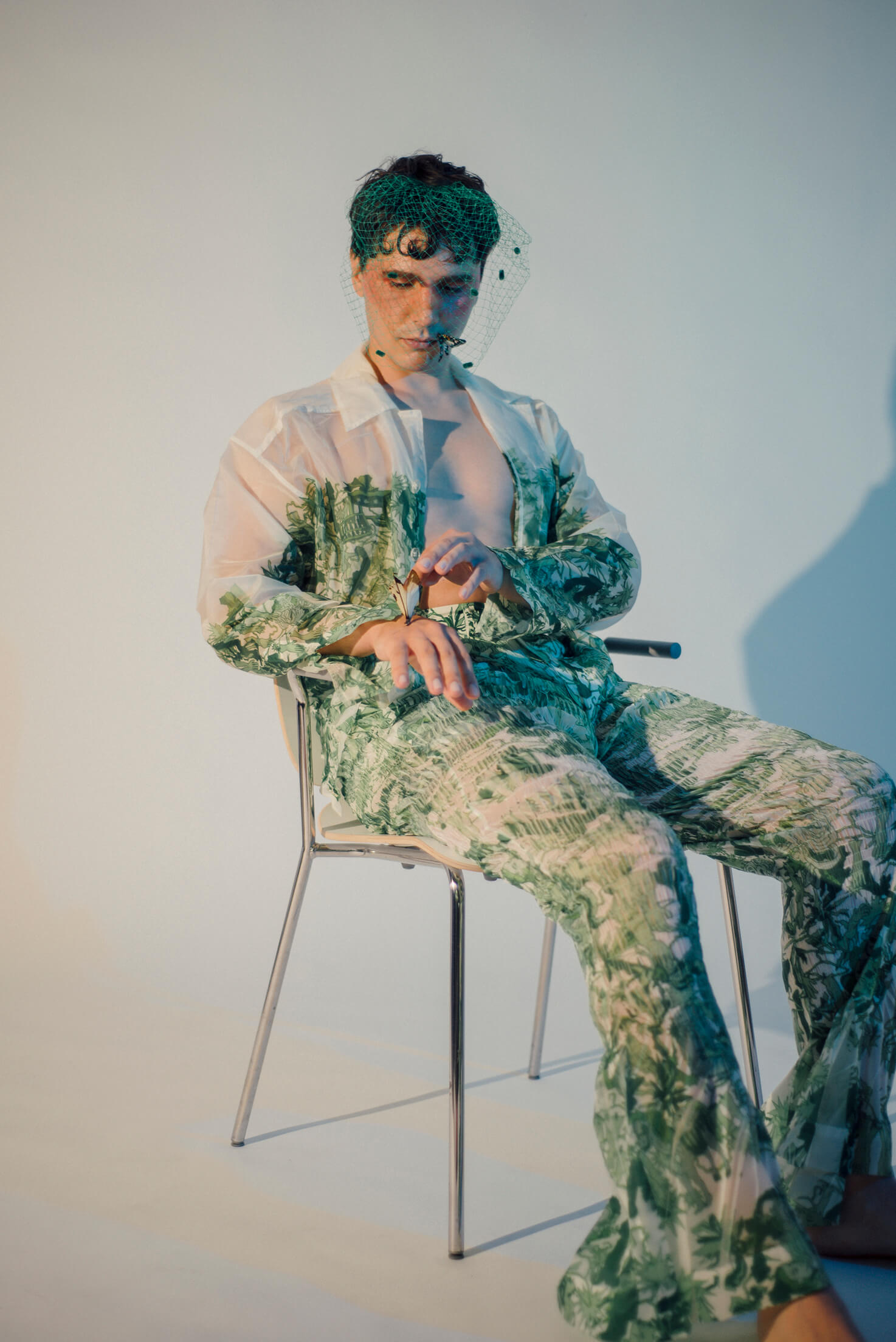 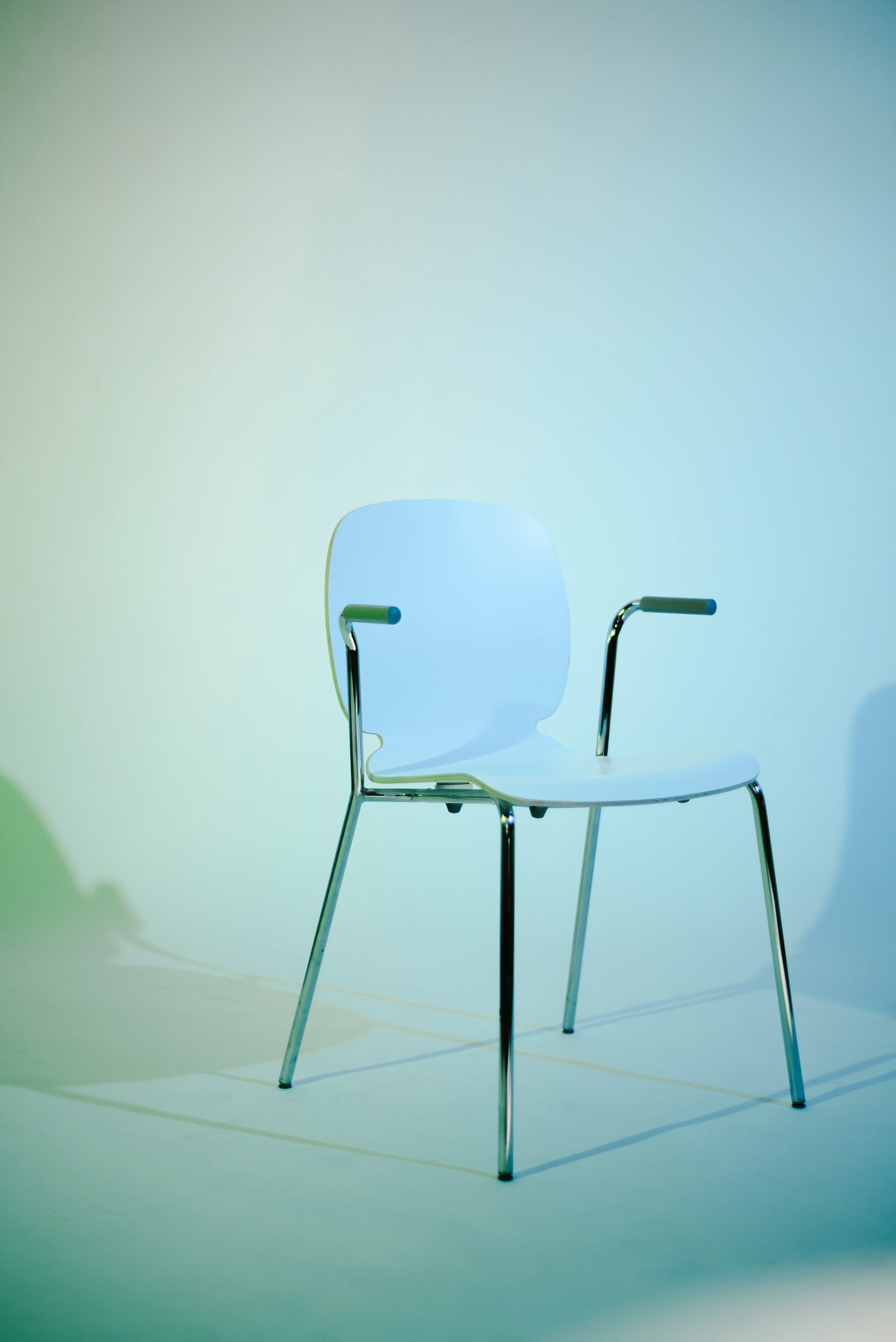 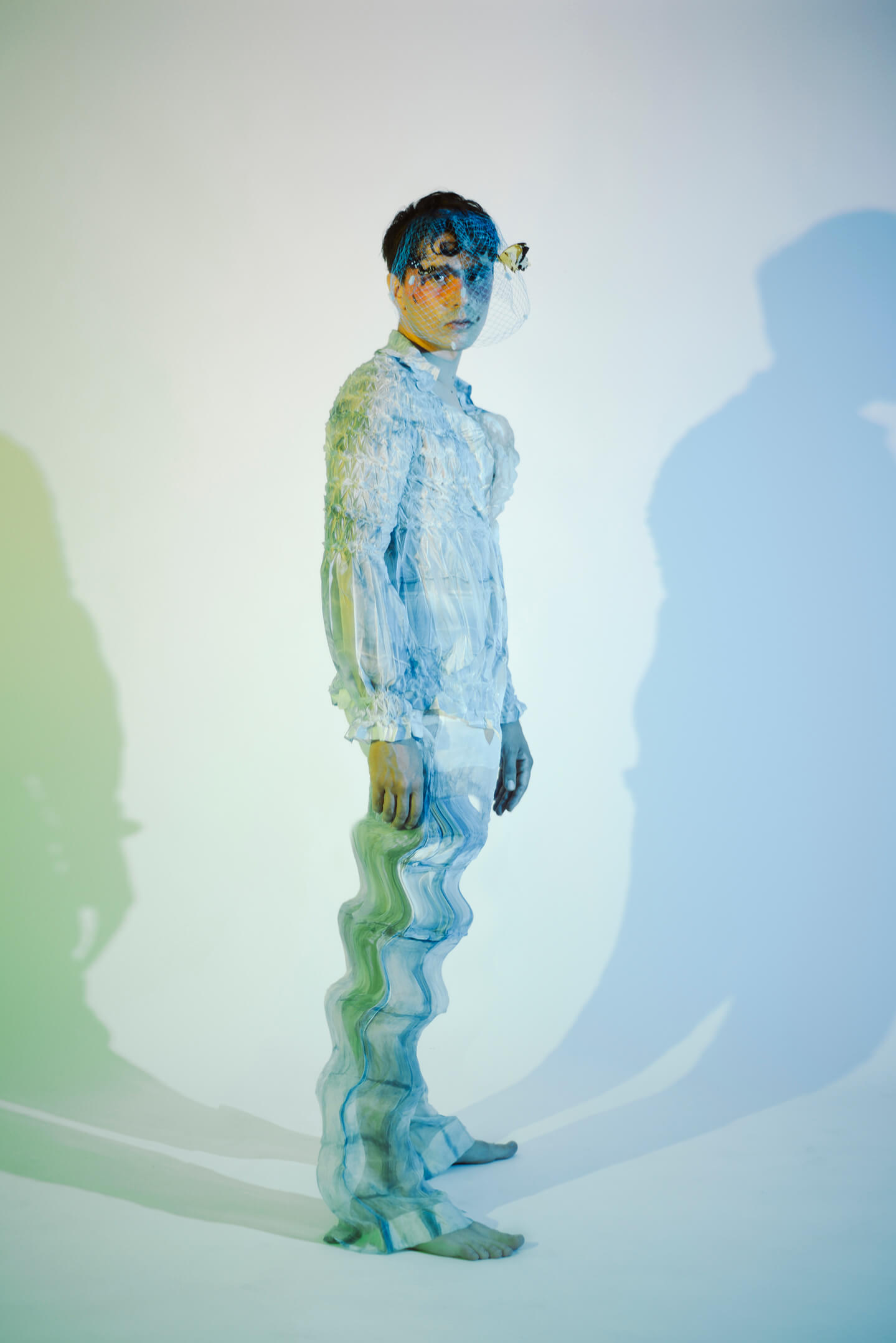 Toxic Masculinity, a term gaining its popularity over the past several years, often refers to harmful behaviour and attitudes commonly associated with some men, such as the need to repress emotions during stressful situations, and to act in an aggressively dominant way. Extreme forms of these can lead to misogyny, transphobia, homophobia, physical and mental health issues. While we often discuss the impact of toxic masculinity, it’s also worth mentioning its root cause – gender stereotypes and social norms. 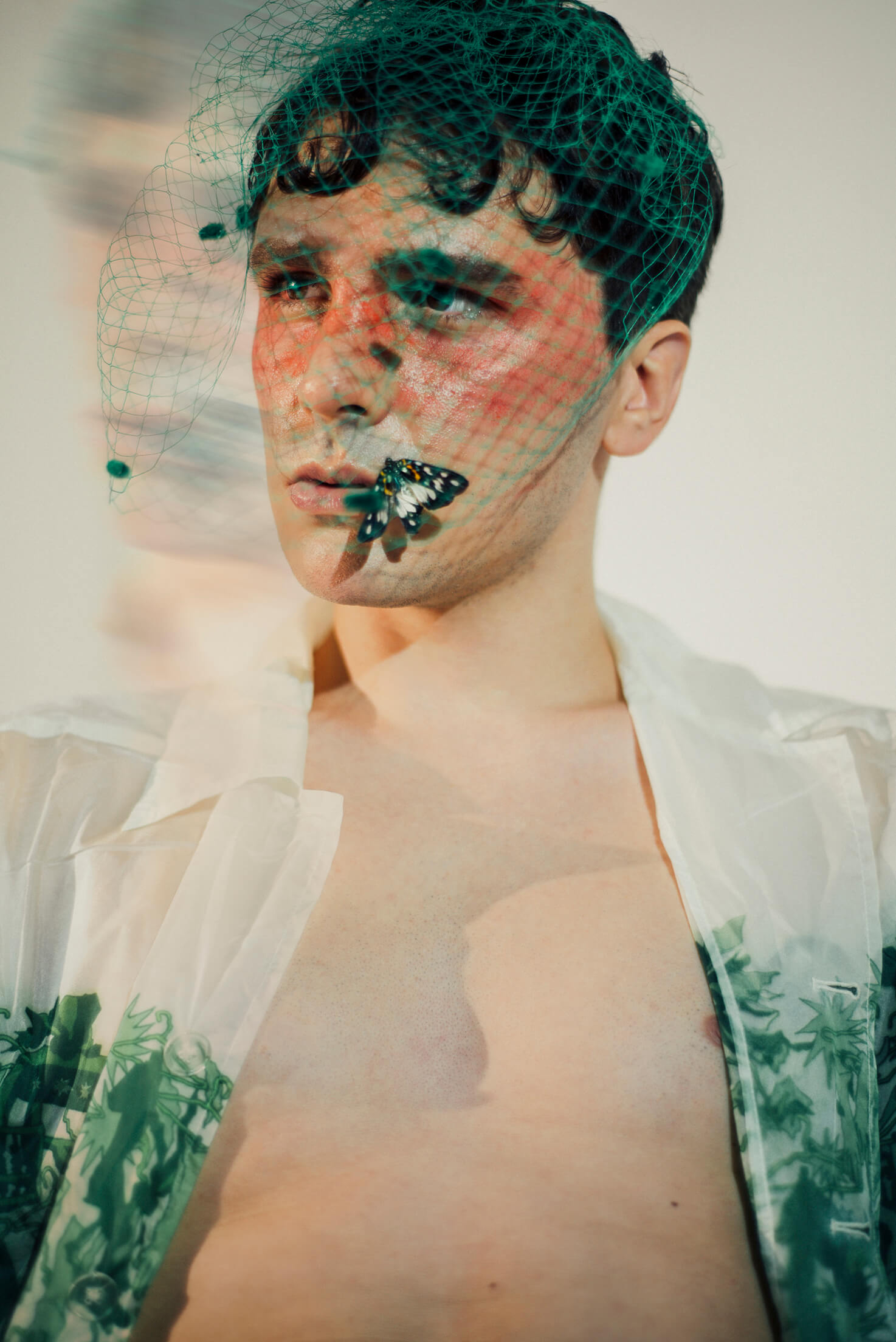 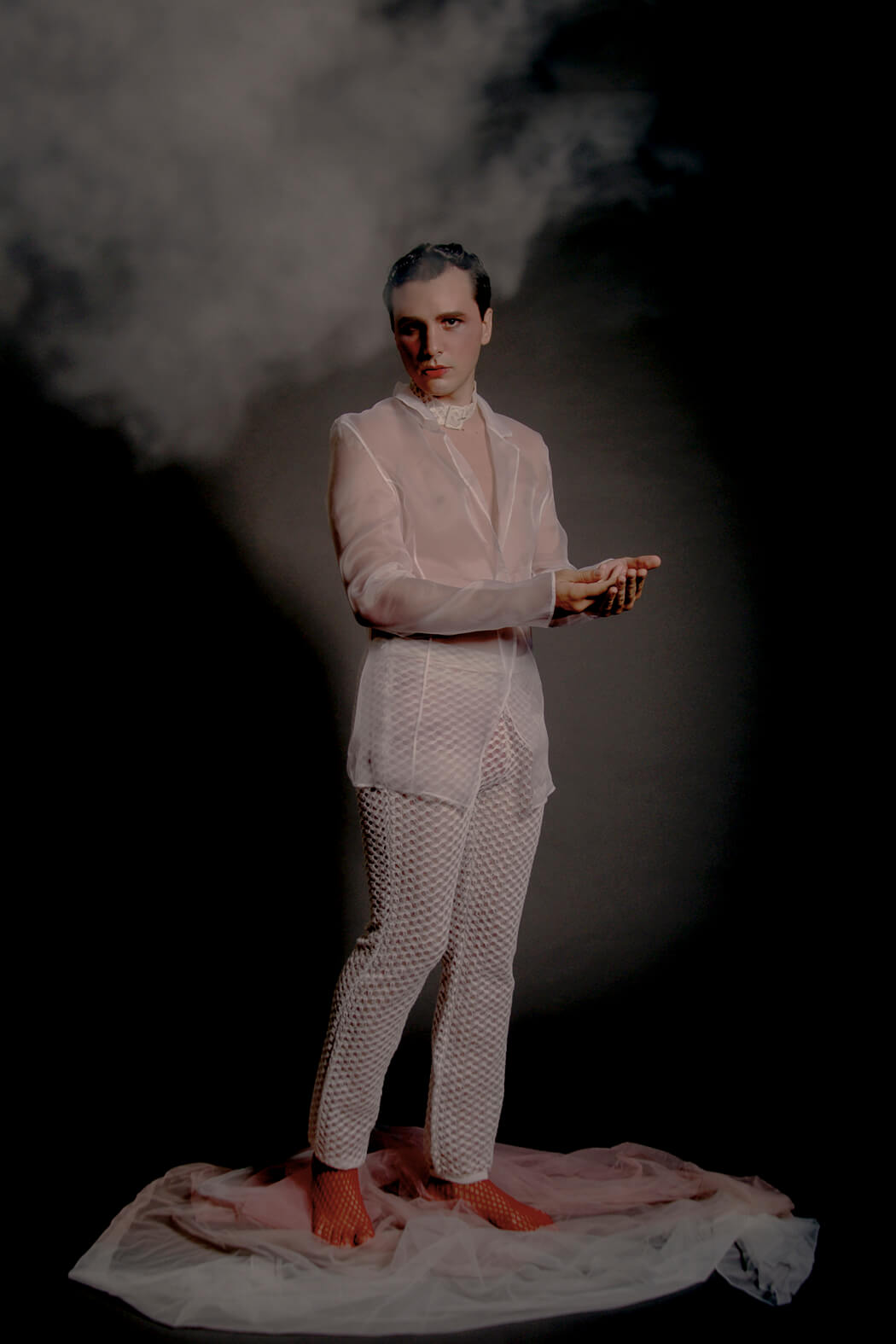 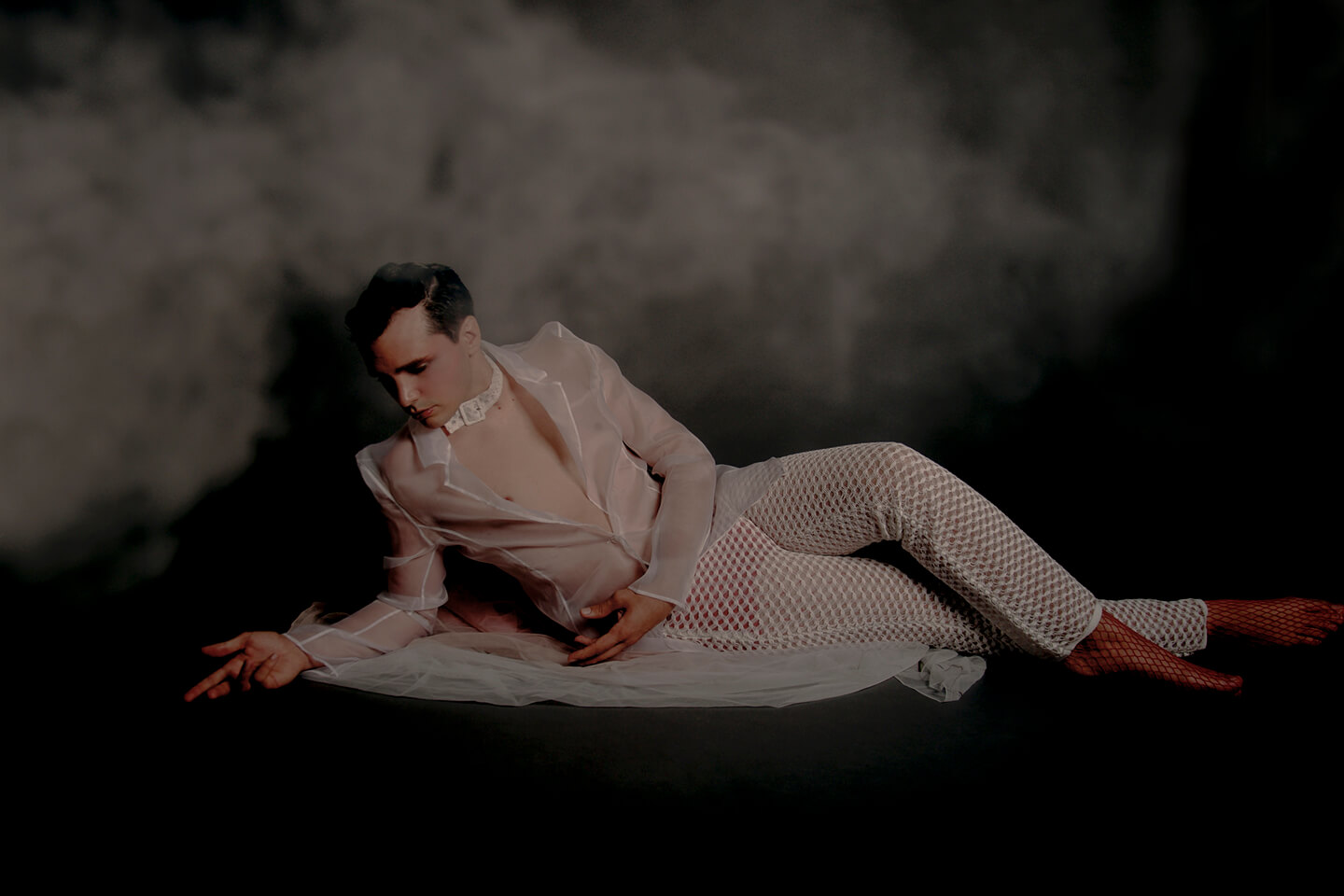 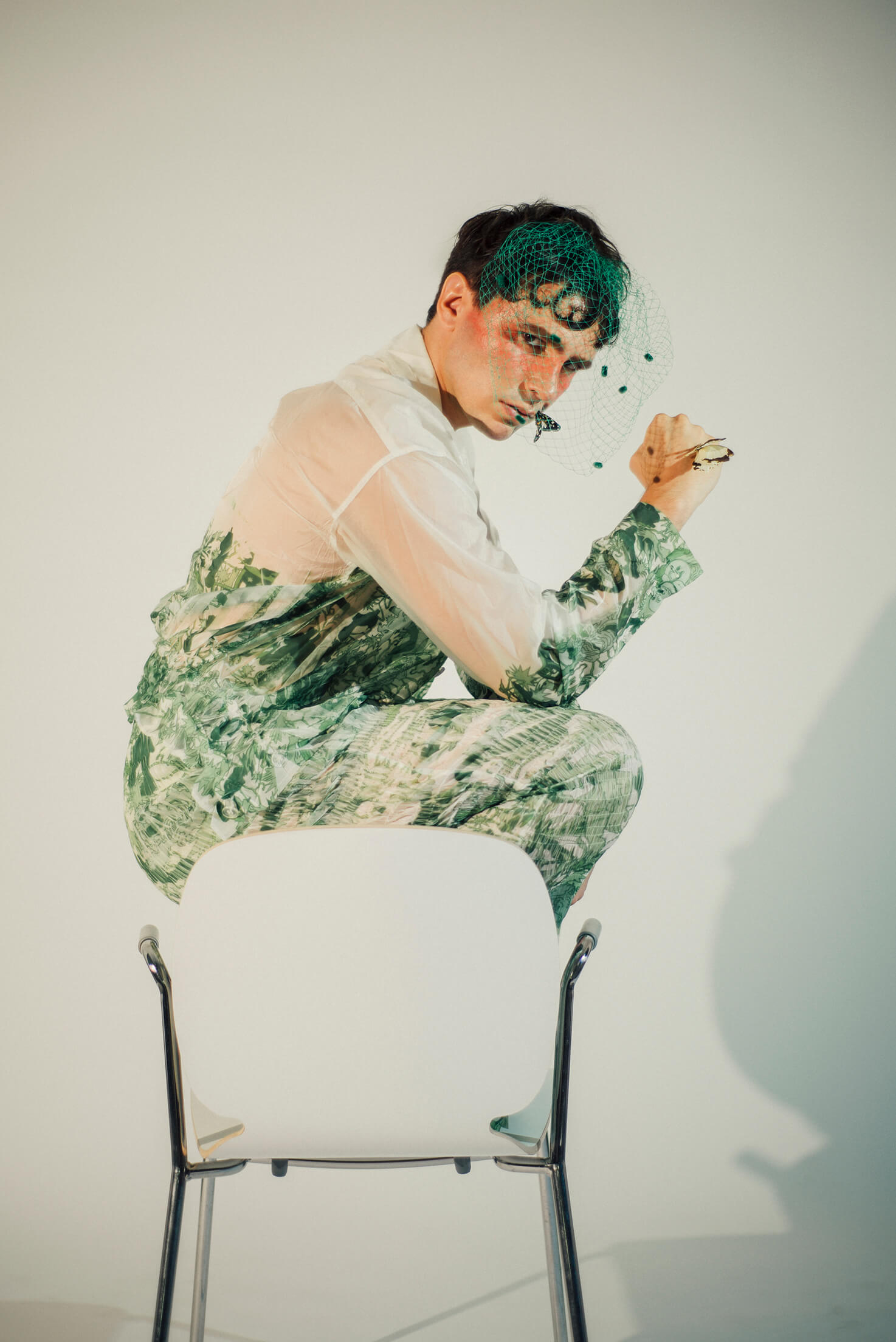 PONDER.ER is the brainchild of creative duo Alex Po and Derek Cheng who met whilst studying at the prestigious Central Saint Martins in London. The Hong Kong-based genderfluid label challenges traditional ideas around both menswear and masculinity itself. Stylist Bryan Cheng caught up with Derek to explore and question against the social norms and gender stereotypes along with this exclusive editorial shot by Jø Cheung.

In your Instagram page, you write “Liquifying Modern Masculinity” – what does it mean?
We built PONDER.ER based on our own stories growing up as softer, non-masculine (in the general social standard) boys. Liquifying masculinity for us means diversifying what masculinity stands for to men today. We feel like while women’s rights and gender inequality towards women is widely talked about, gender issues regarding men are often overlooked. Especially in fashion, while women have a lot of choices in terms of what they can wear, men are very often being fitted into these “man boxes”. While we don’t object boys from wearing suits or sportswear or “streetwear”, we do want to explore more possibilities within this relatively restricted area of fashion through our work. 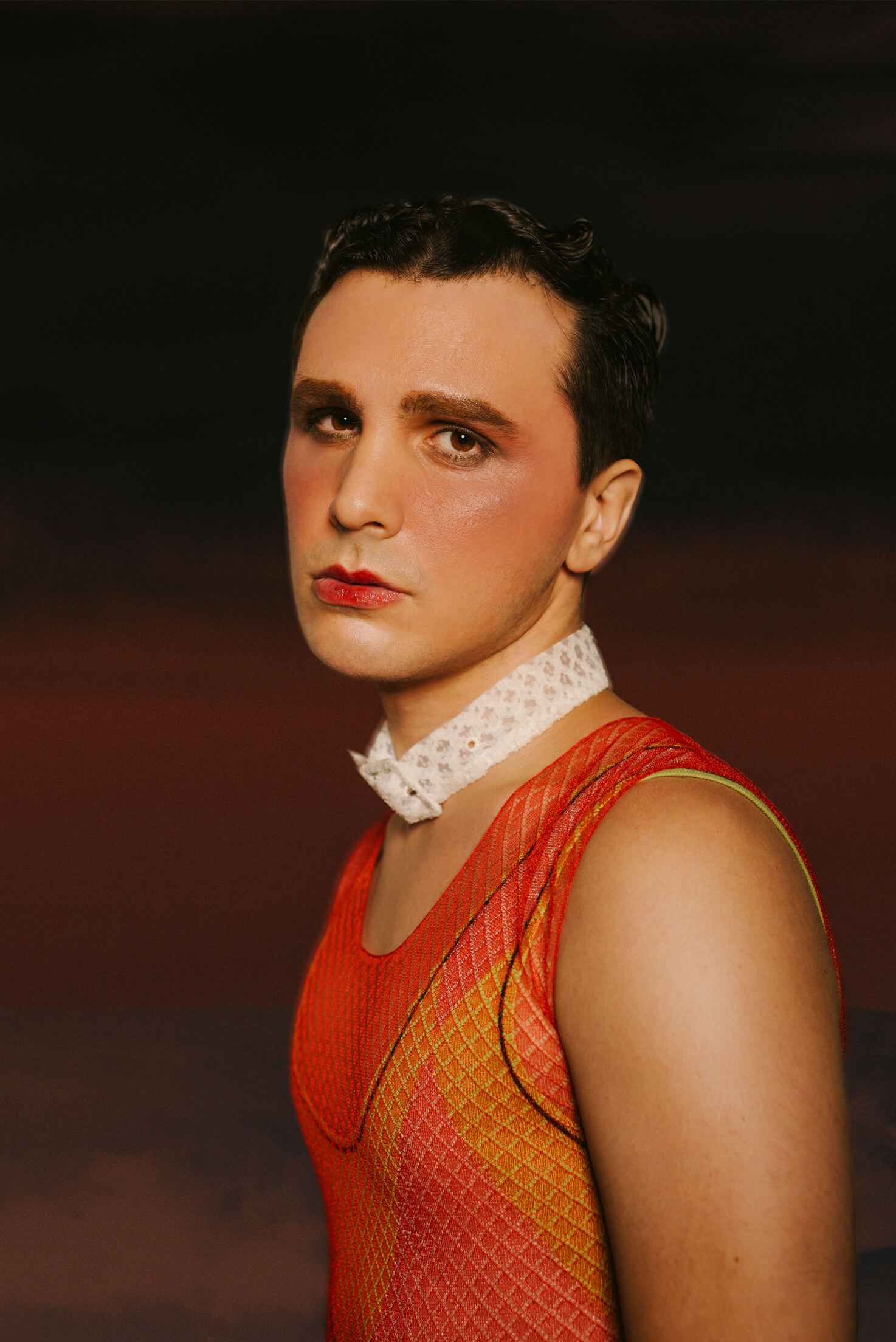 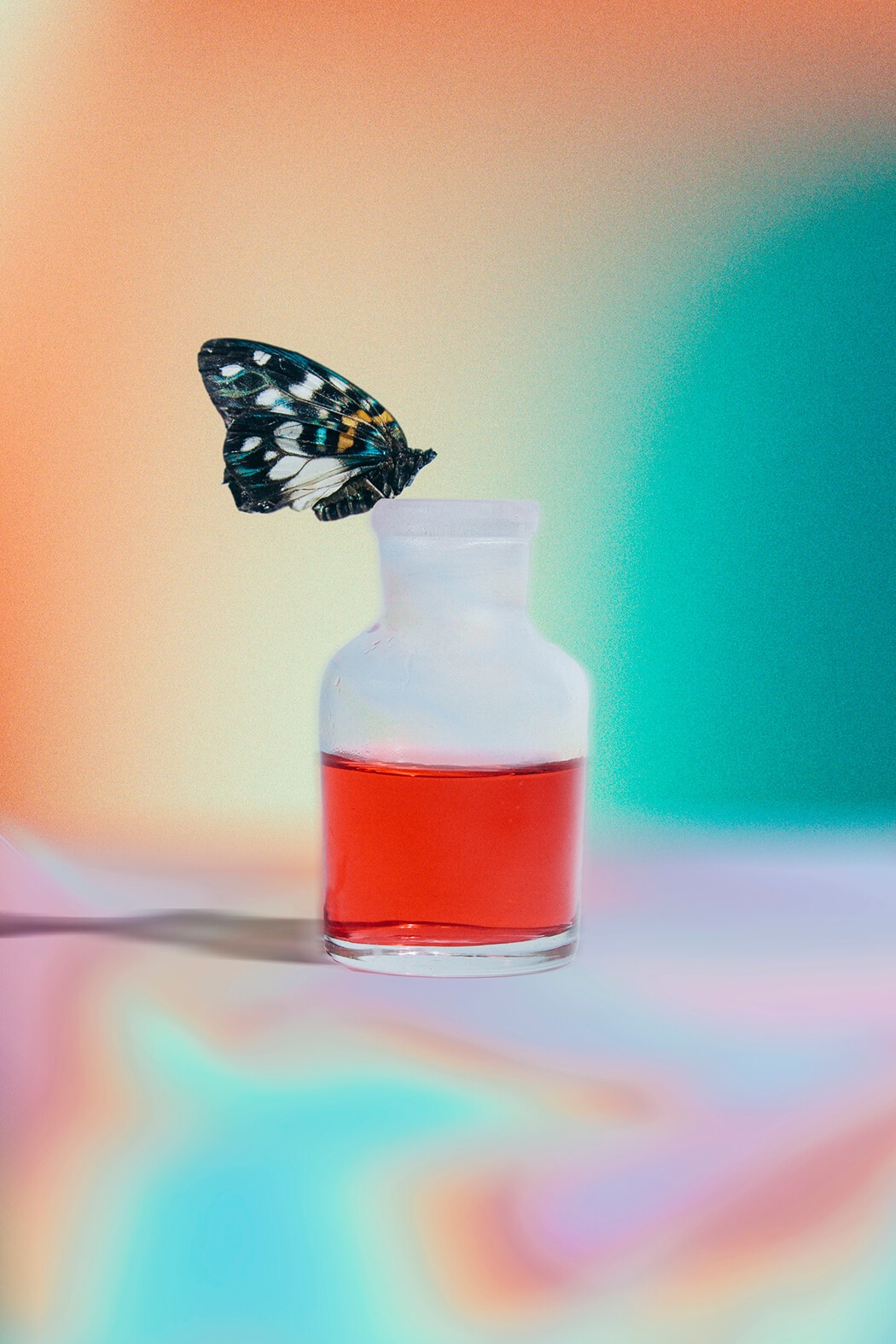 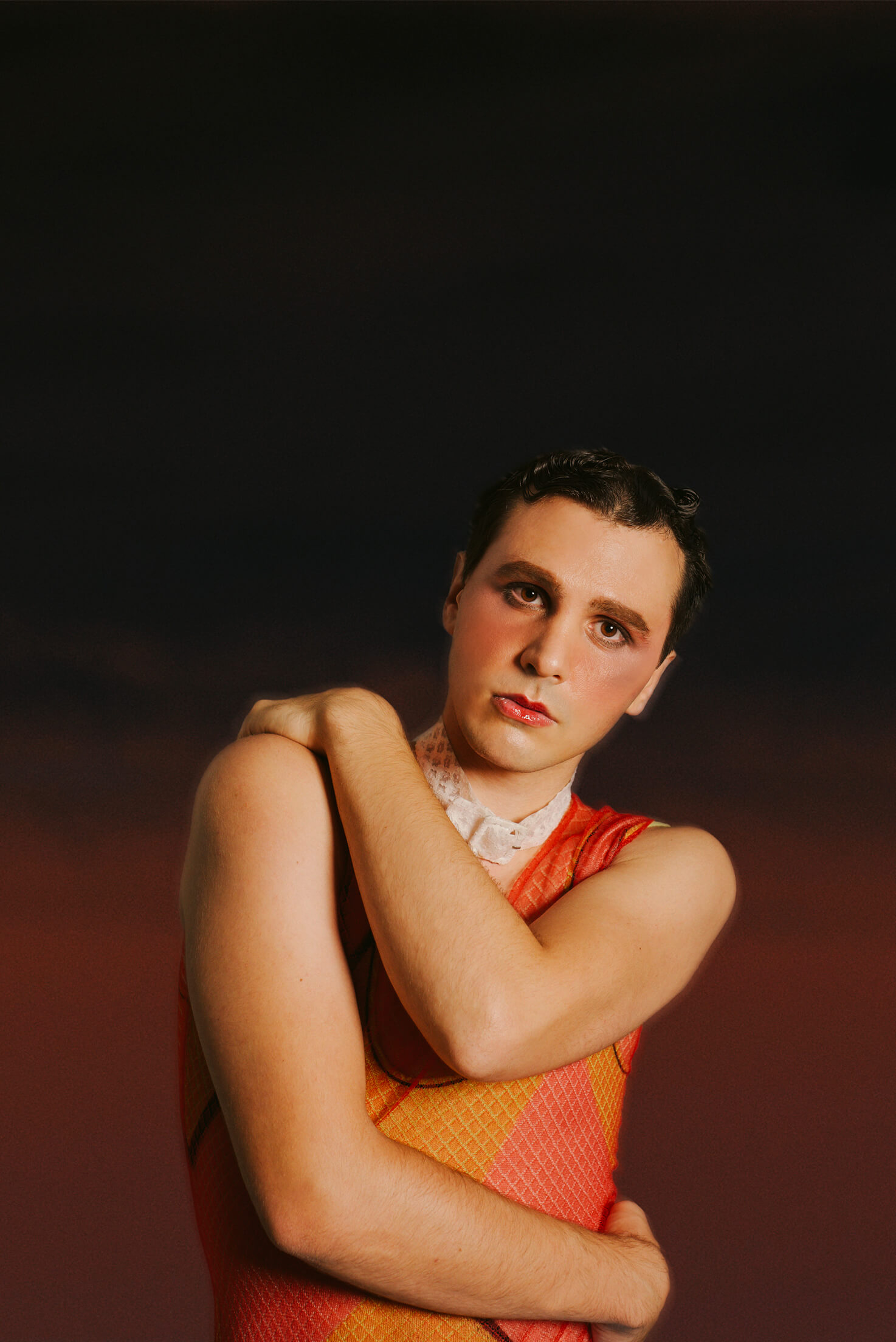 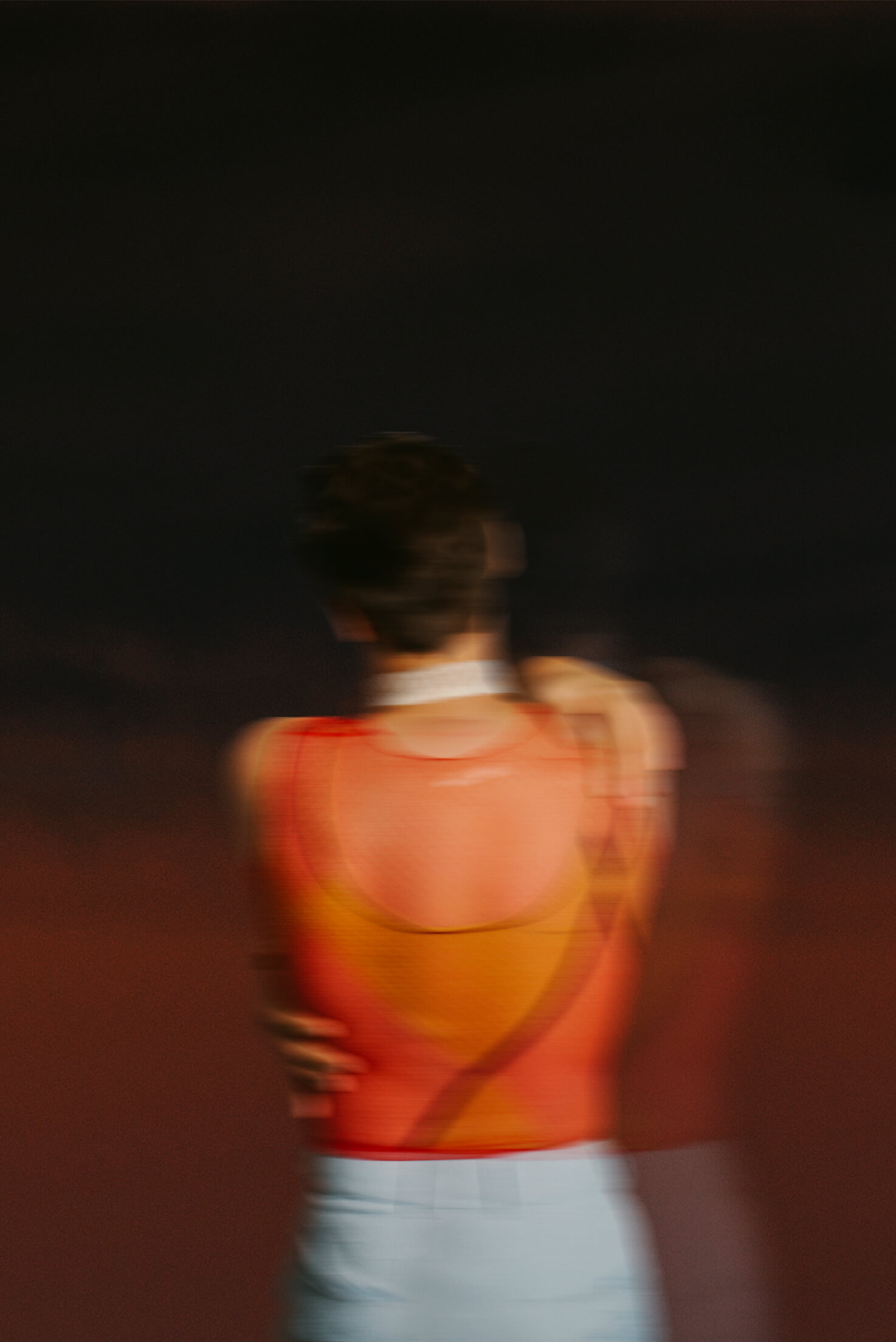 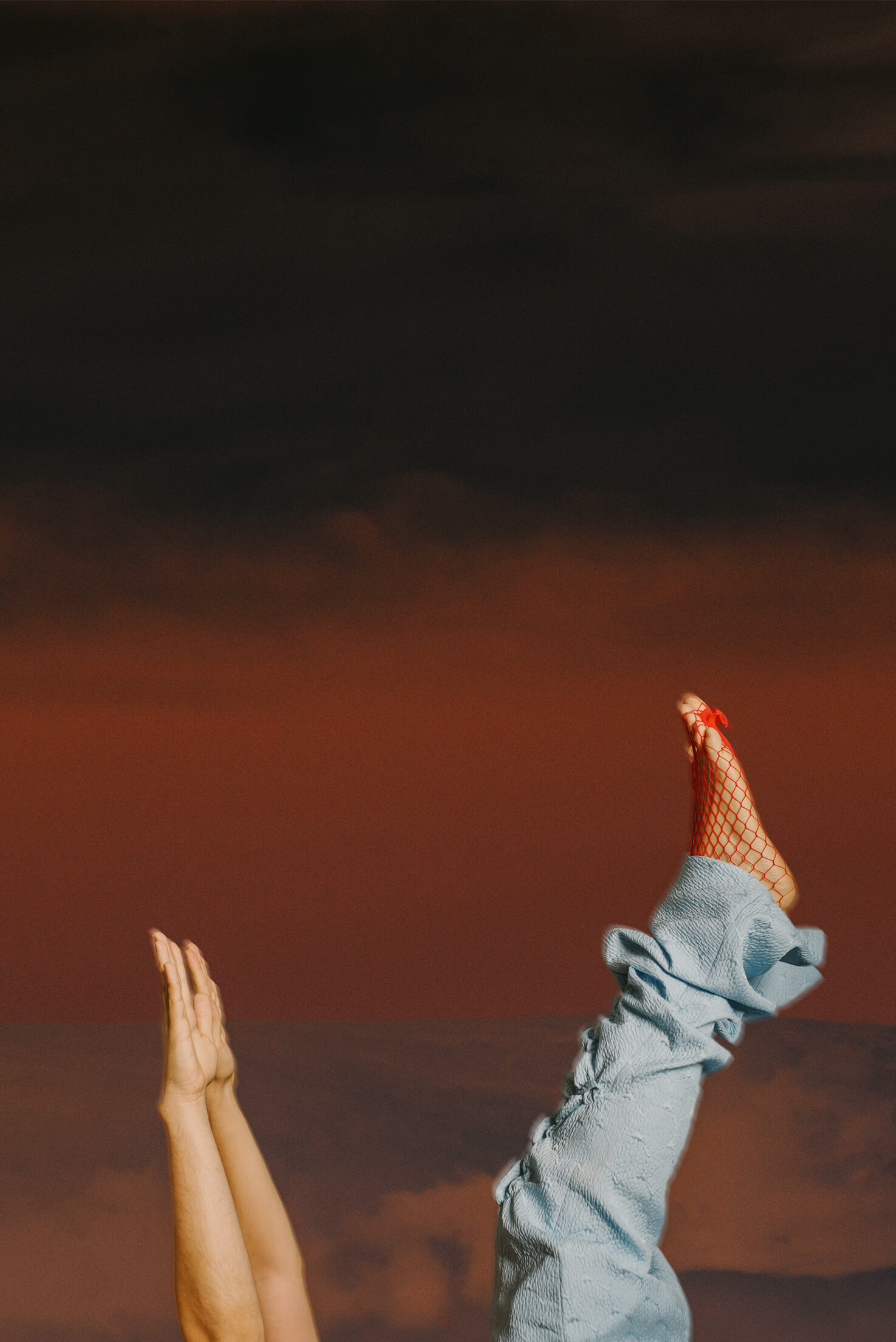 Tell us about your first collection “Liquid Masculinity”
It’s all about experimenting with textiles and existing forms. A lot of traditional menswear pieces are reimagined into new contemporized forms, for example, the HUG shirt, which is essentially a classic men’s shirt being distorted with diamond-shaped machine smocking. It just instantly softens the entire look and feel of the garment and the body-hugging fit is a huge contrast to the garment we started off with. Another example would be a denim jacket made out of soft silk, with ice-dyed effect. The project was about reconstructing these signature men’s pieces that people are familiar with using various techniques leading to an unexpected genderless outcome.

What does Masculinity mean to you?
I would like to steal a line from our friend Jason, a local fashion designer we featured in our concept film “UNSETTLED SHELL”. Masculinity is all about confidence and freedom, it’s about owning who you are and being comfortable with it. 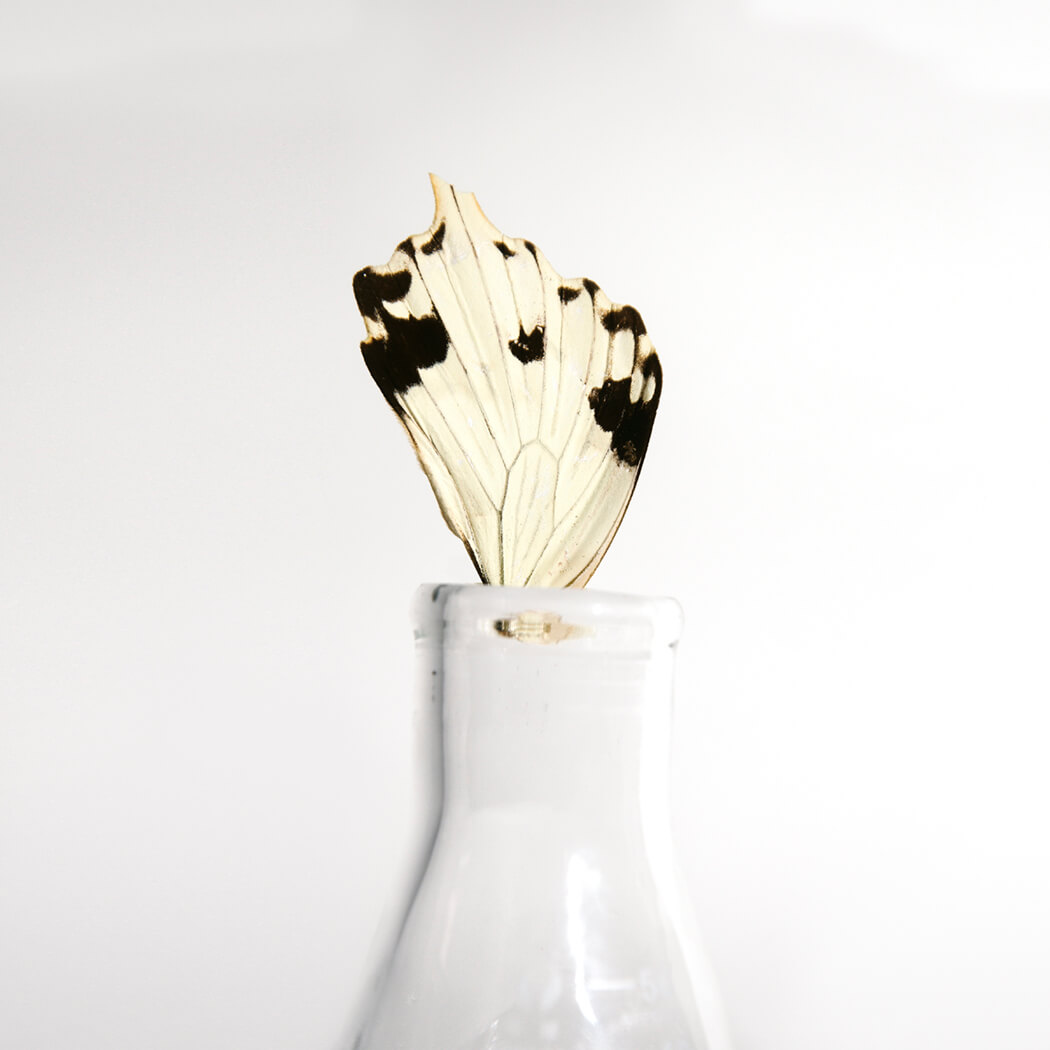 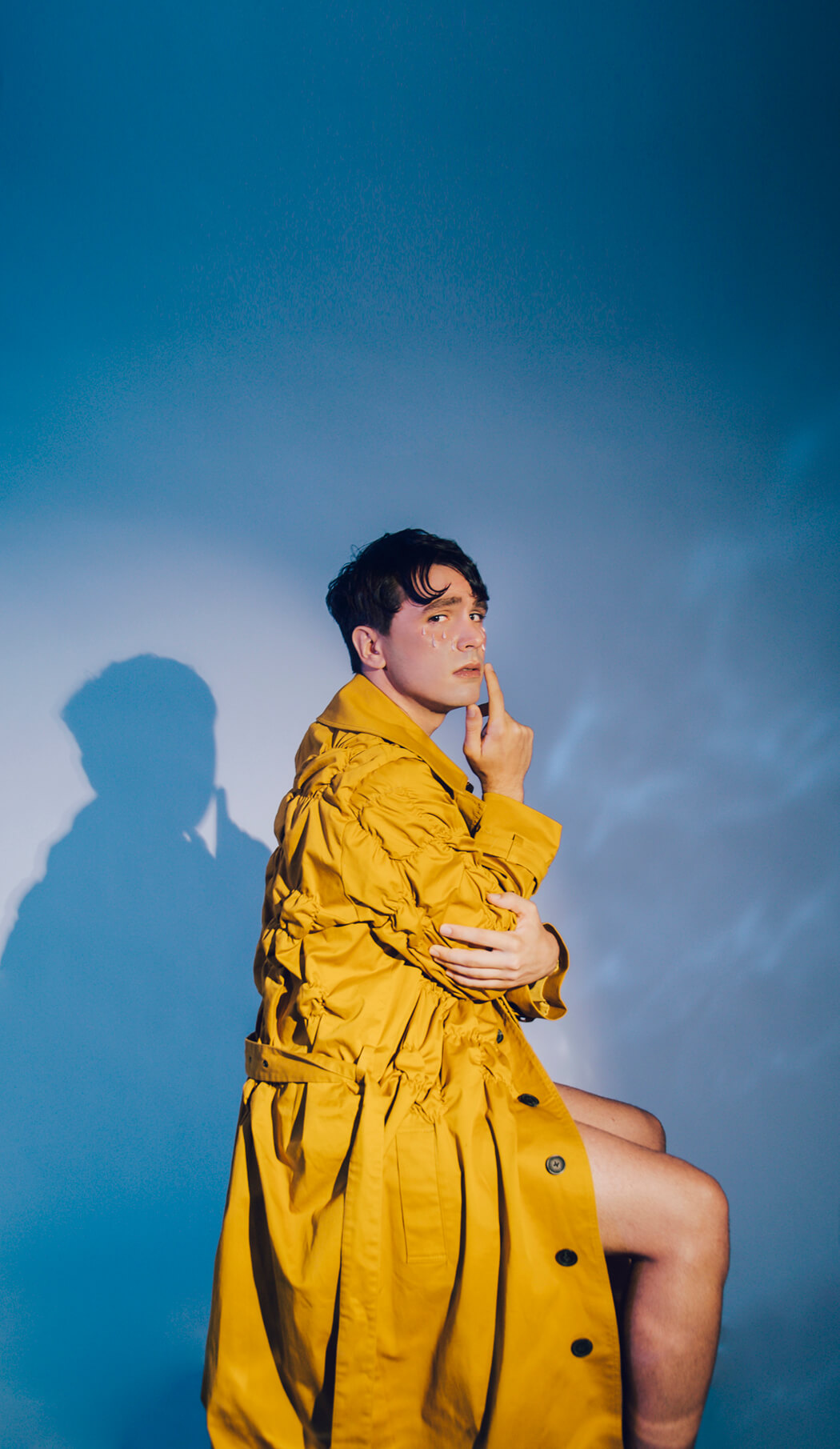 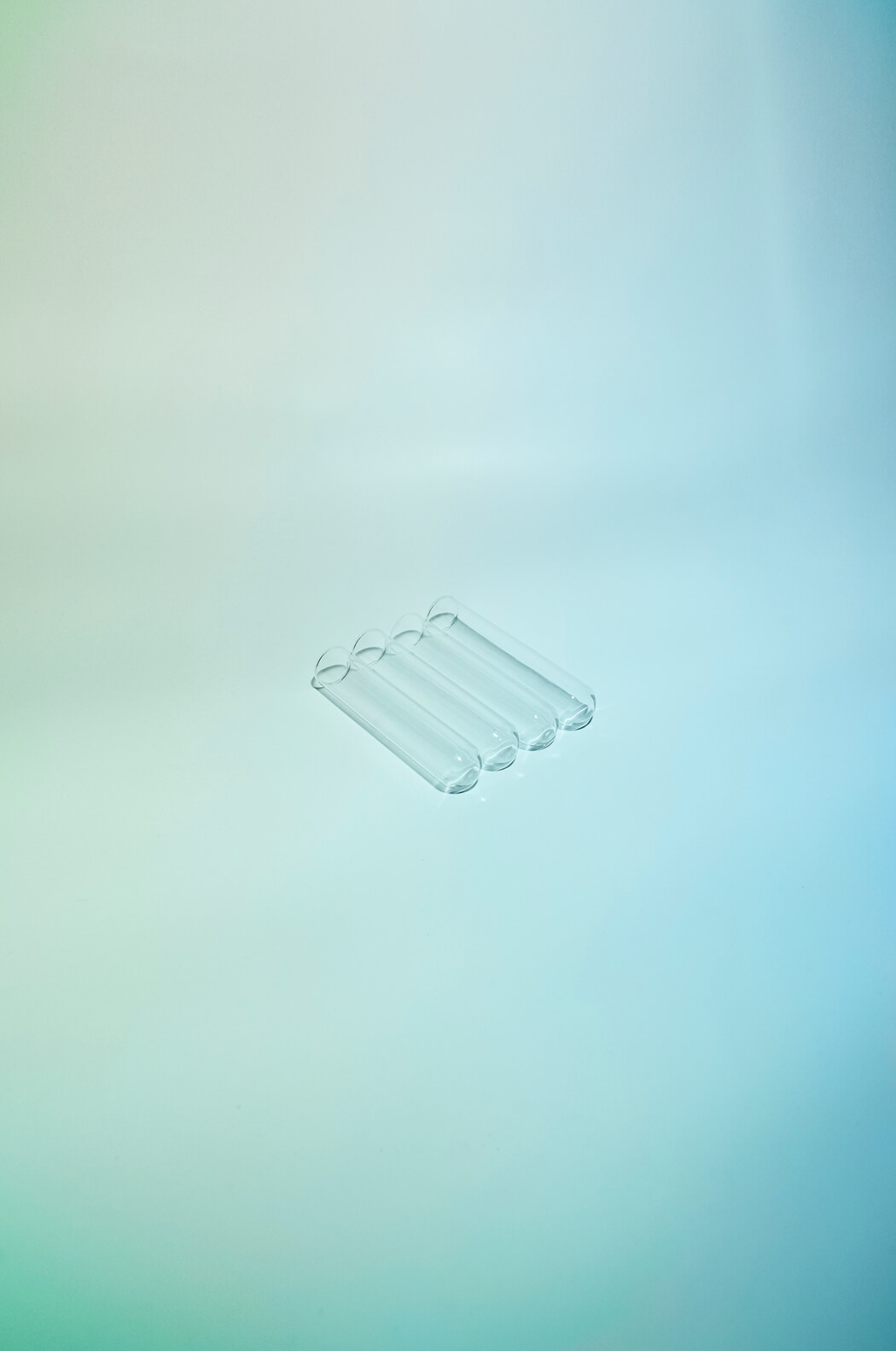 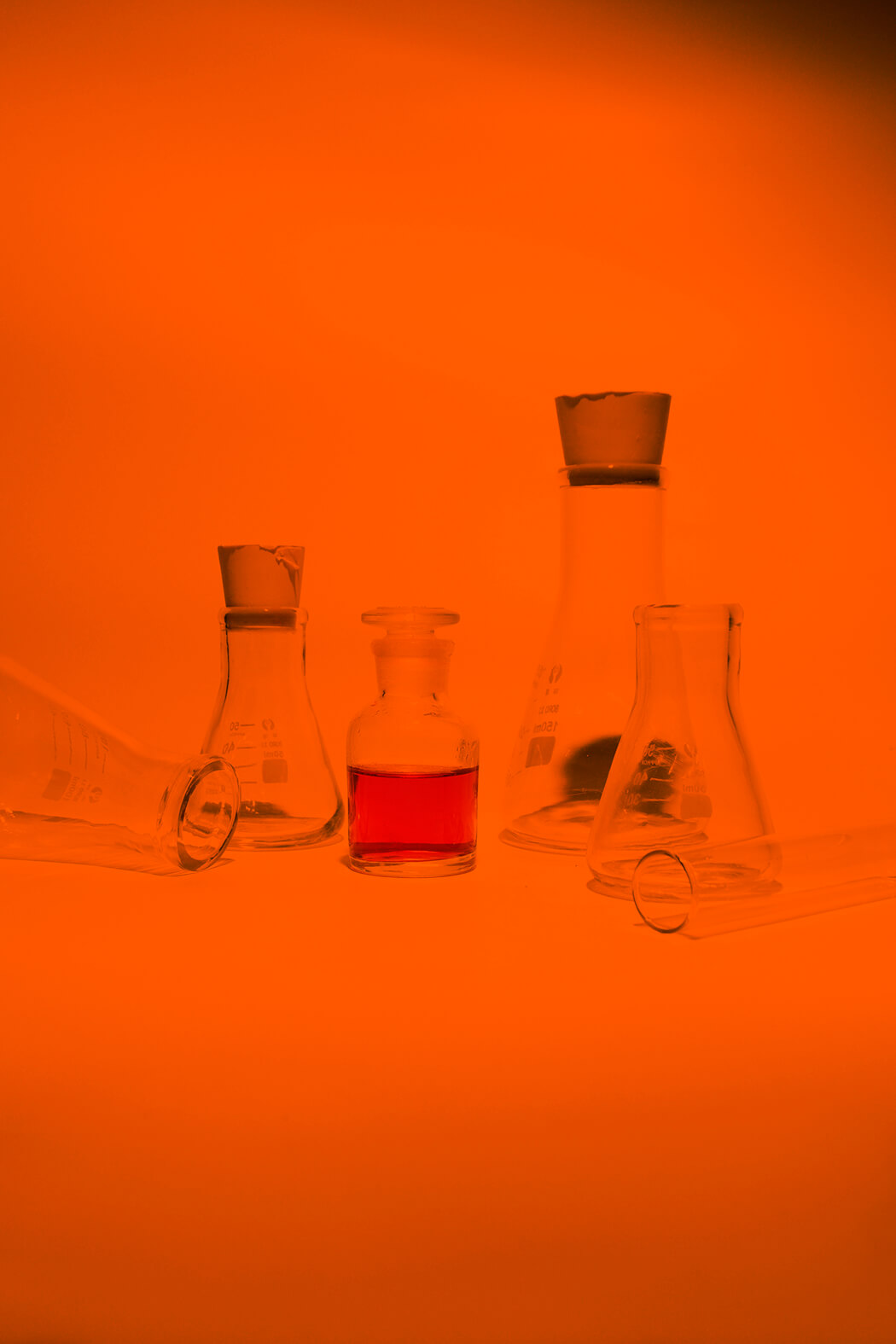 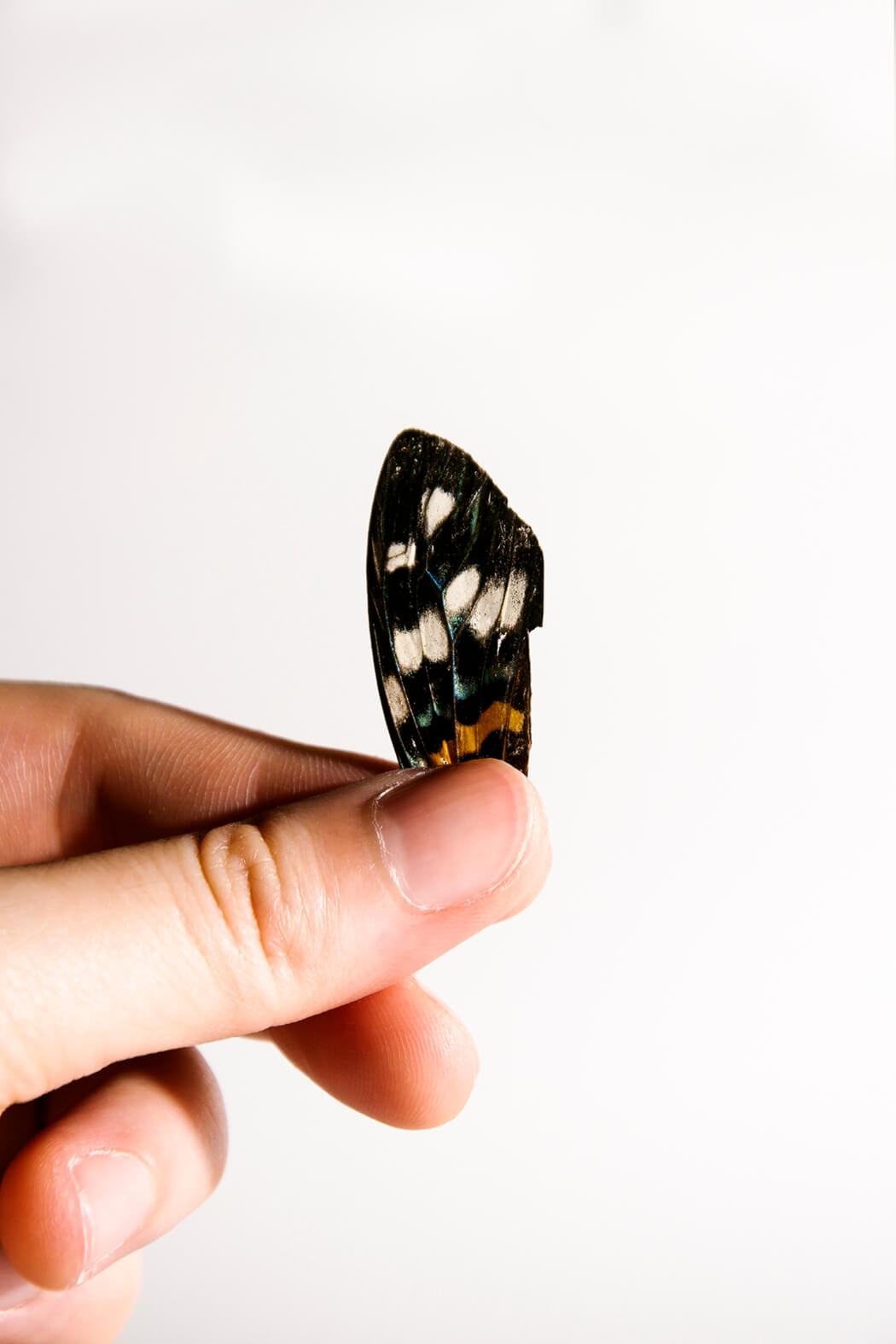 How do you define toxic masculinity and healthy masculinity?
I can tell you three examples easily from my personal experience growing up as a kid, toxic masculinity is when your teacher tells your mum that “your son is well-behaved but he needs to learn how to man up”. It is when you are being called gay when you wear a certain colour or a certain piece of clothing (obviously this is also problematic when the word gay is still being used with a lot of negative connotations). Toxic Masculinity is when men are discouraged to talk about their feelings and instead expected to swallow up and hide their vulnerability. Healthy masculinity is the opposite of that, it’s about owning your vulnerability and actually dealing with the problems that you have. Being soft doesn’t mean being weak.

In your personal life and/or business, have you ever encountered or experienced toxic masculinity? What are those behaviours and how do you deal with them?
I think it has been around us, but I would say we know how to deal with it more now as an adult than while we were kids. And I guess being in the fashion industry is actually rather lucky as people in this industry don’t really care about your sexual orientation or how you dress and act. It was a personal experience when my teacher in primary school told my mum that despite my relatively excellent academic results (not bragging haha), I need to learn how to man up as a “boy”. Or when people would quickly label all fashion designers as gays or sissies with a clearly negative tone and mindset.

Our society strongly enforces codes of behaviour regarding sexual orientation and gender identity, and most people receive the message that they must be heterosexual and act according to society’s definition of their gender. 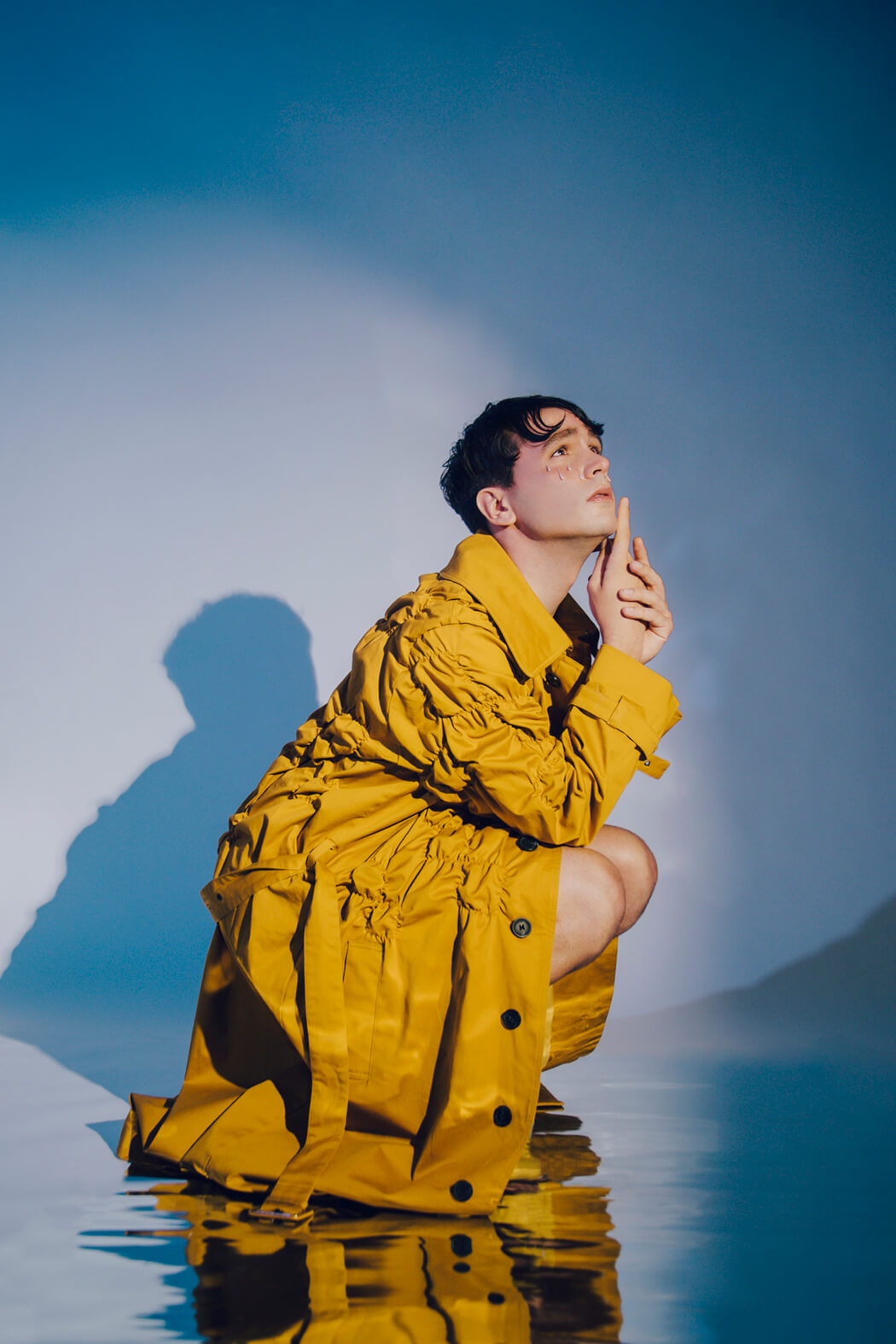 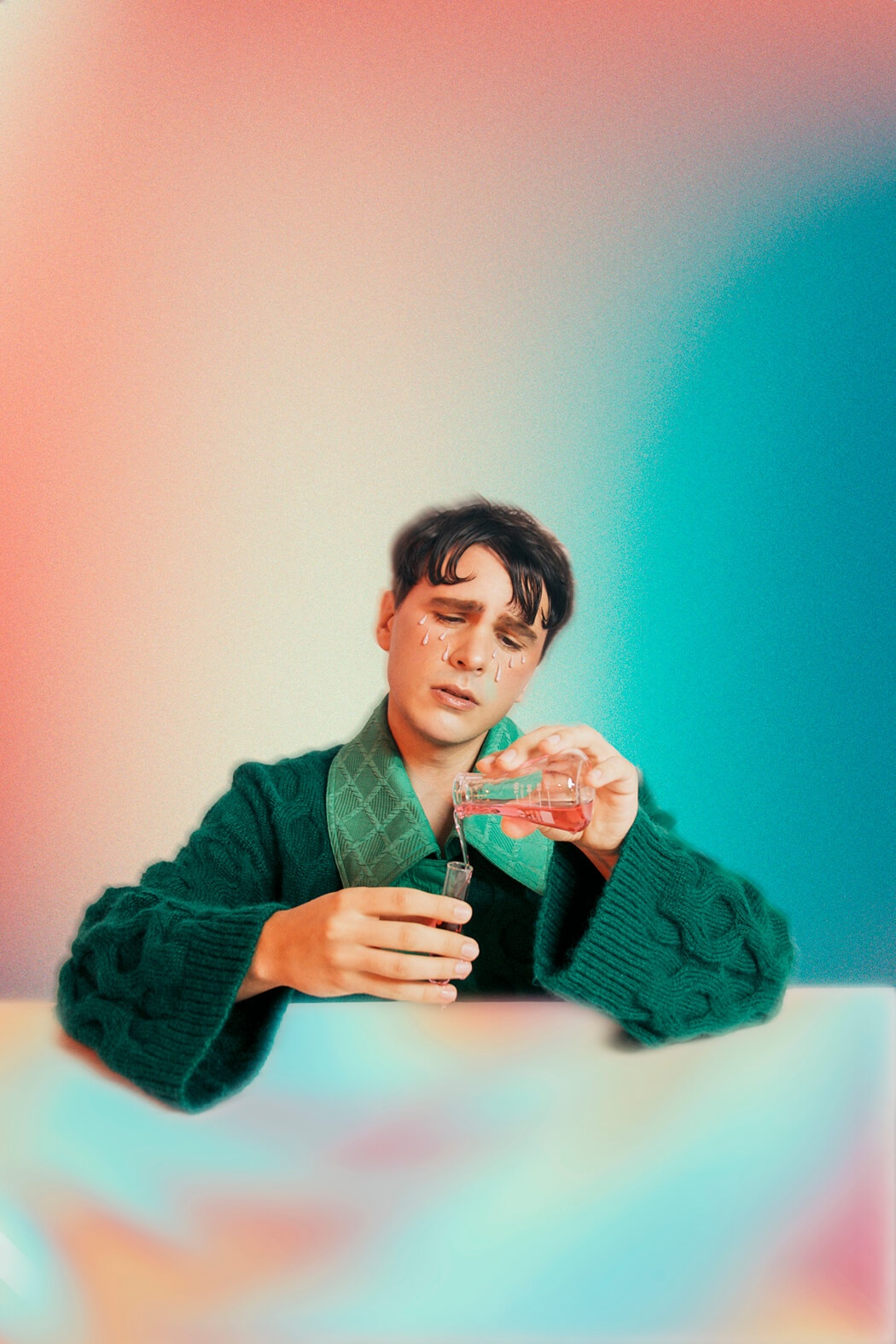 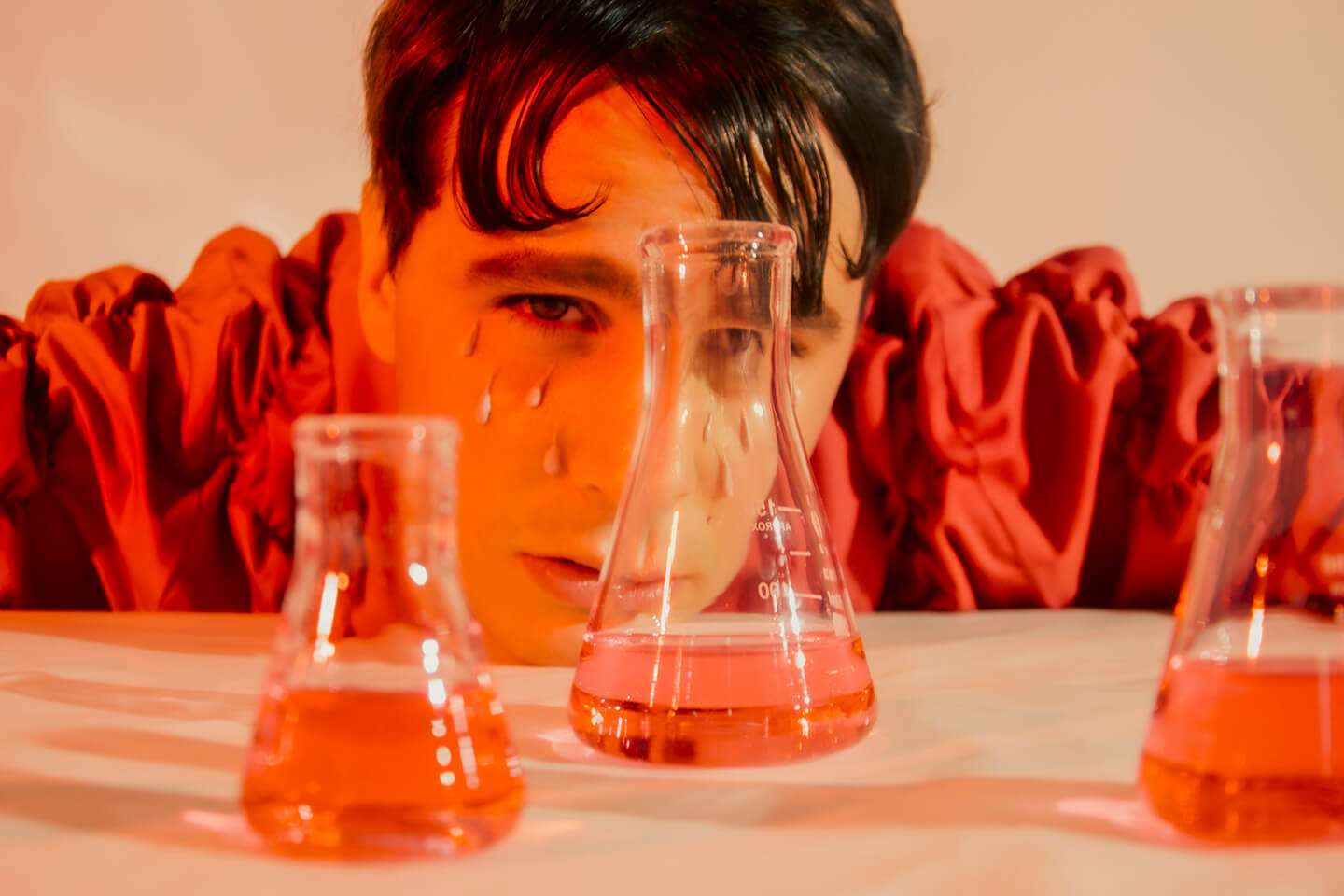 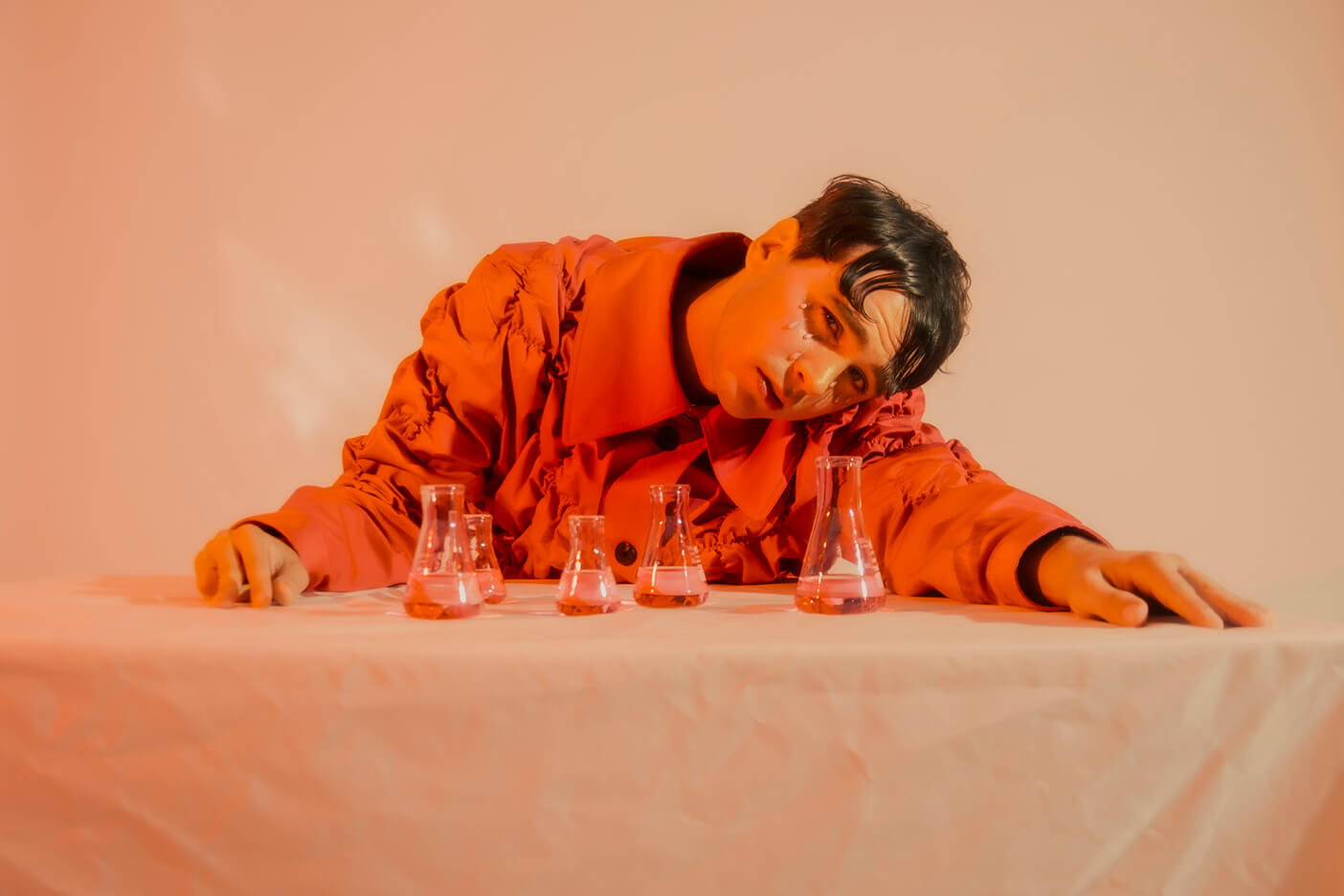 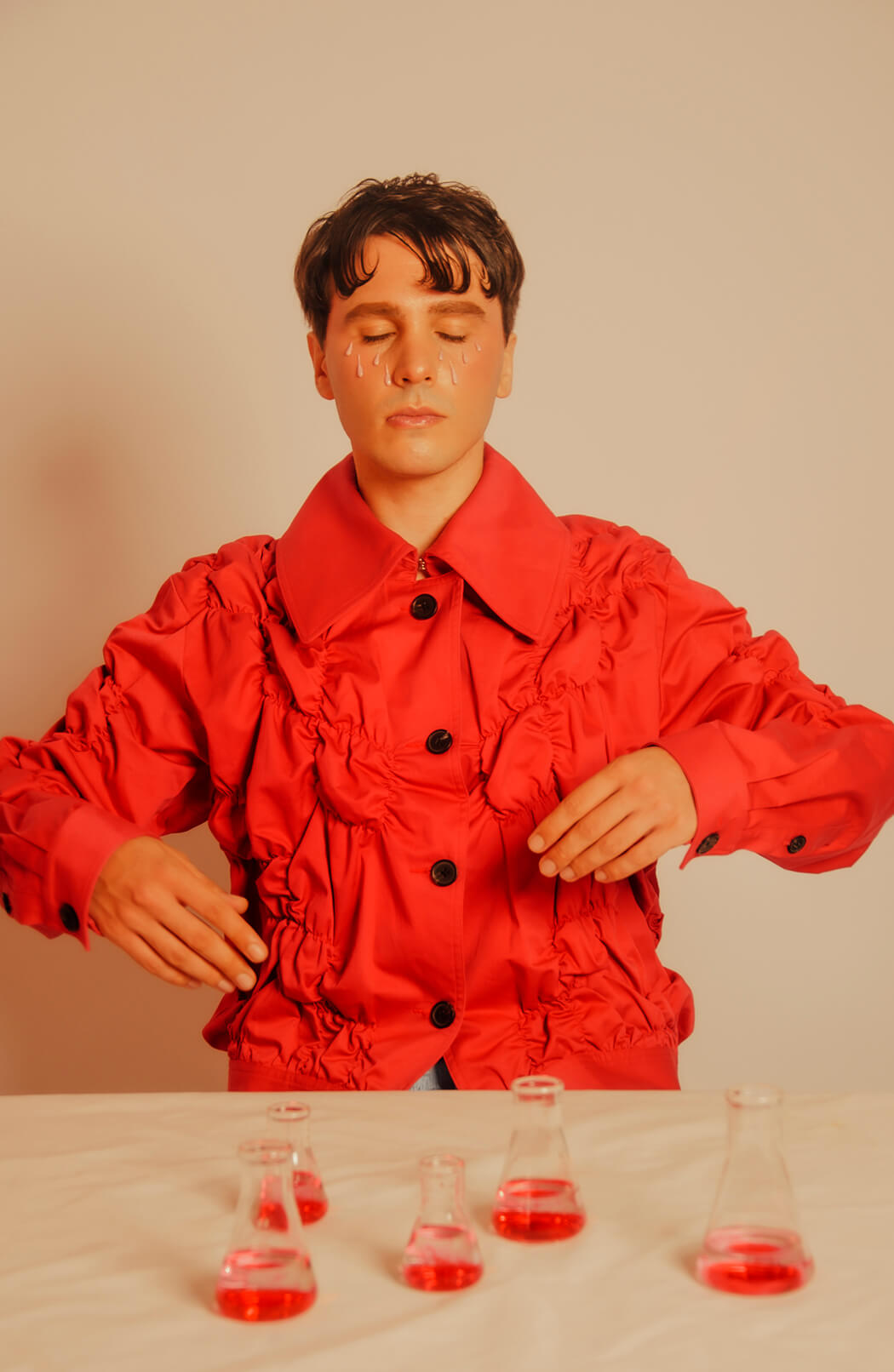 In a so-called “male-dominant / masculinity” society, being gay is often regarded as feminine, weak, lack of masculinity. To your extent, how do you view this statement?
I think this is exactly the point we want to make with PONDER.ER. You don’t have to be straight or act a certain way to be a man. And also I think it’s bizarre how men are almost encouraged by the media or peers to be reckless and sometimes violent to prove that they are “masculine”. It was even more clear to me that that’s the case when I went to boarding school in the UK for A-levels. Strength comes in all sorts of forms, I don’t think men and boys need to be physically strong or have to look a certain way to be strong. 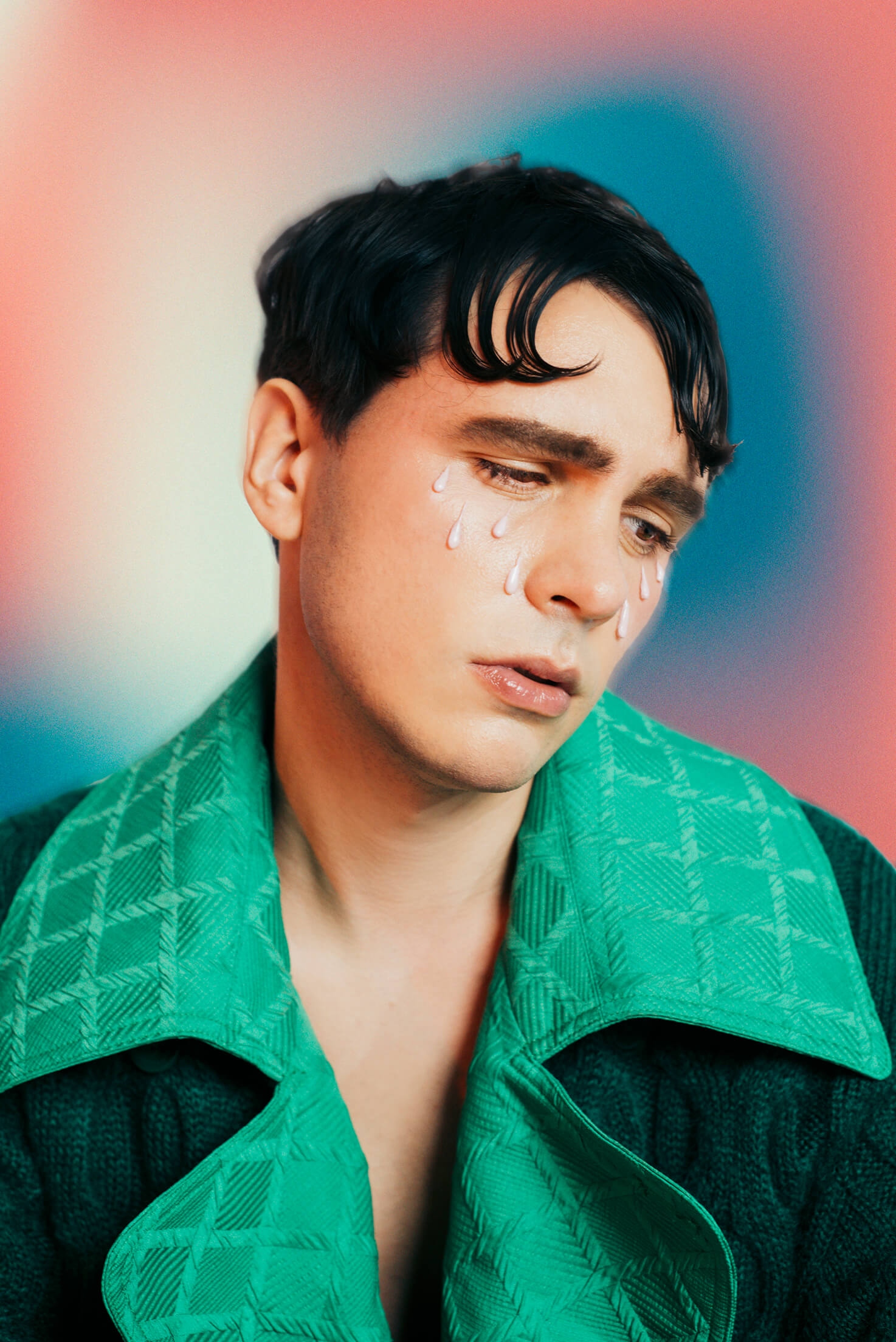 Let’s talk about something a bit more personal. Can you share with us your coming out process and the struggles you’ve faced? What are the mental/social impacts during the time?
I am a bit ashamed reading this question because I haven’t been doing very well in the “coming out” game. I haven’t come out to my parents, I didn’t come out to all my friends and schoolmates when I was in boarding school. All my close friends obviously know that I am gay and I really don’t care if people know I am gay now. But when I was in boarding school I felt the pressure to be straight, and although many people suspected that I am gay, I almost felt lucky that they treated me as a straight brother. I remember overhearing two schoolmates talking about me at school, and one of them was saying “I don’t think Derek is gay, I think he’s just not into talking about girls publicly.” And I am a bit ashamed now to say that I felt relieved at that time because I so desperately wanted their approval to stay in the circle. And I think this mentality is really damaging and it actually led to me not wanting to see them after I graduated and went to art school. I felt like I lied and I don’t want to have the pressure, to tell the truth.

I always felt that since I was very young, I have gay friends and LGBT-friendly friends including my sister around me to talk to, and even I had struggled so much with owning my identity and coming out. I cannot imagine that many young gay people out there who have no one to talk to, it most certainly would have such a negative mental impact on them and it’s crazy that most societies (even the most developed ones) are still not completely open about these issues.

What do you hope to get from this interview? How can we change the rooted cult/social expectations and stereotypes?
We need to all take part in these conversations, not just gay people but everyone in society. Straight people need to understand and to educate themselves about the struggles the LGBTQ community has gone through and why there are so many people fight for equality and gay rights. It all comes down to education and how willing we are to talk about these issues, and sadly in Hong Kong or in most Asian countries, it’s still kind of a taboo. 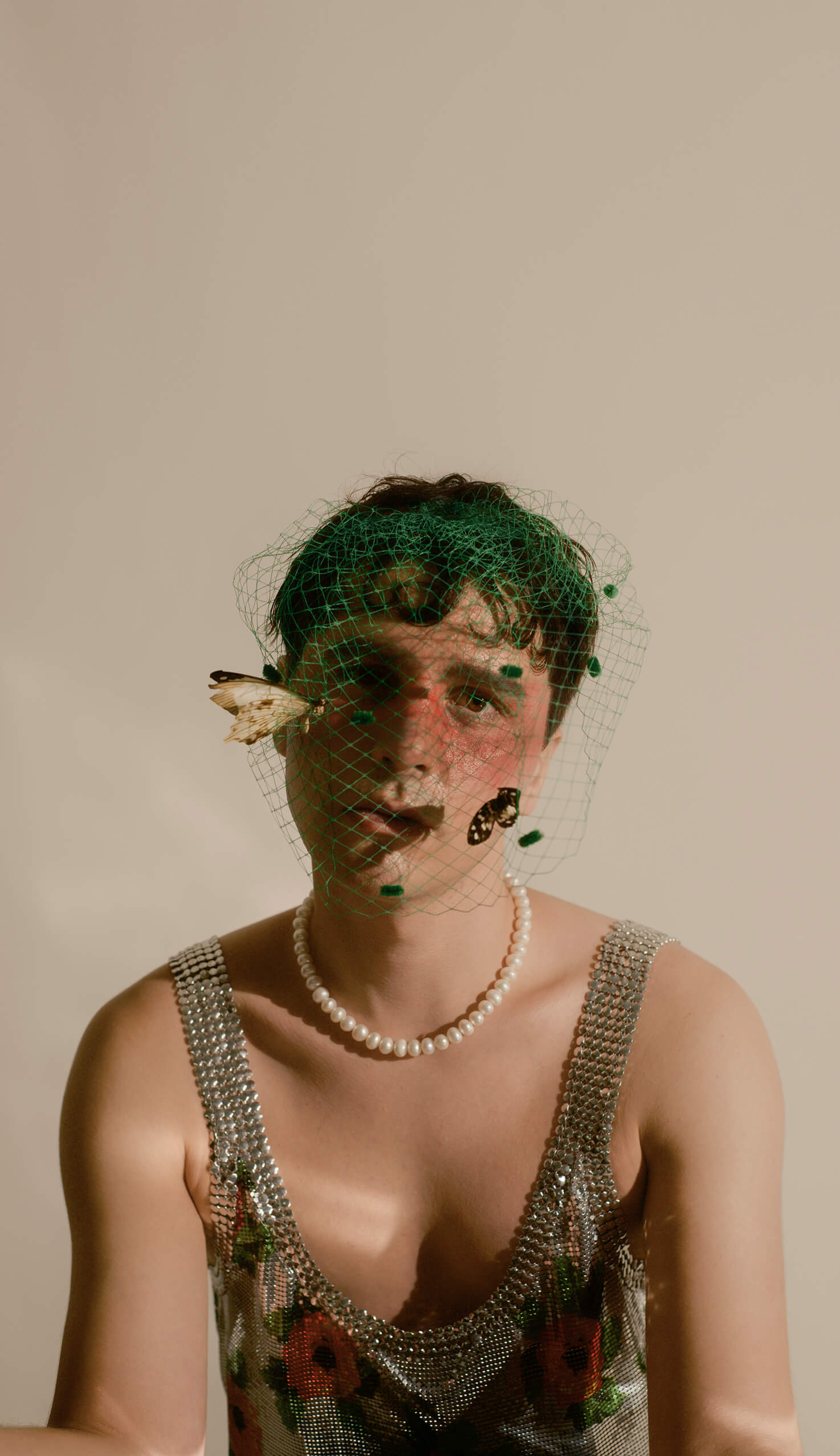 Last but not least, it has been one year since you’ve established the brand. How would you evaluate the progress so far? How will you perceive your direction through your philosophy and vision?
It was our one year anniversary in August and we feel so grateful for all the support we have received since launching the brand. Balancing between concept and business for a brand has been a great challenge for us, and we are still in the process of learning and growing. Looking forward I think apart from refining our business models and our products, we definitely would love to have more meaningful collaborations and side projects that explore and address issues regarding gender and identity. 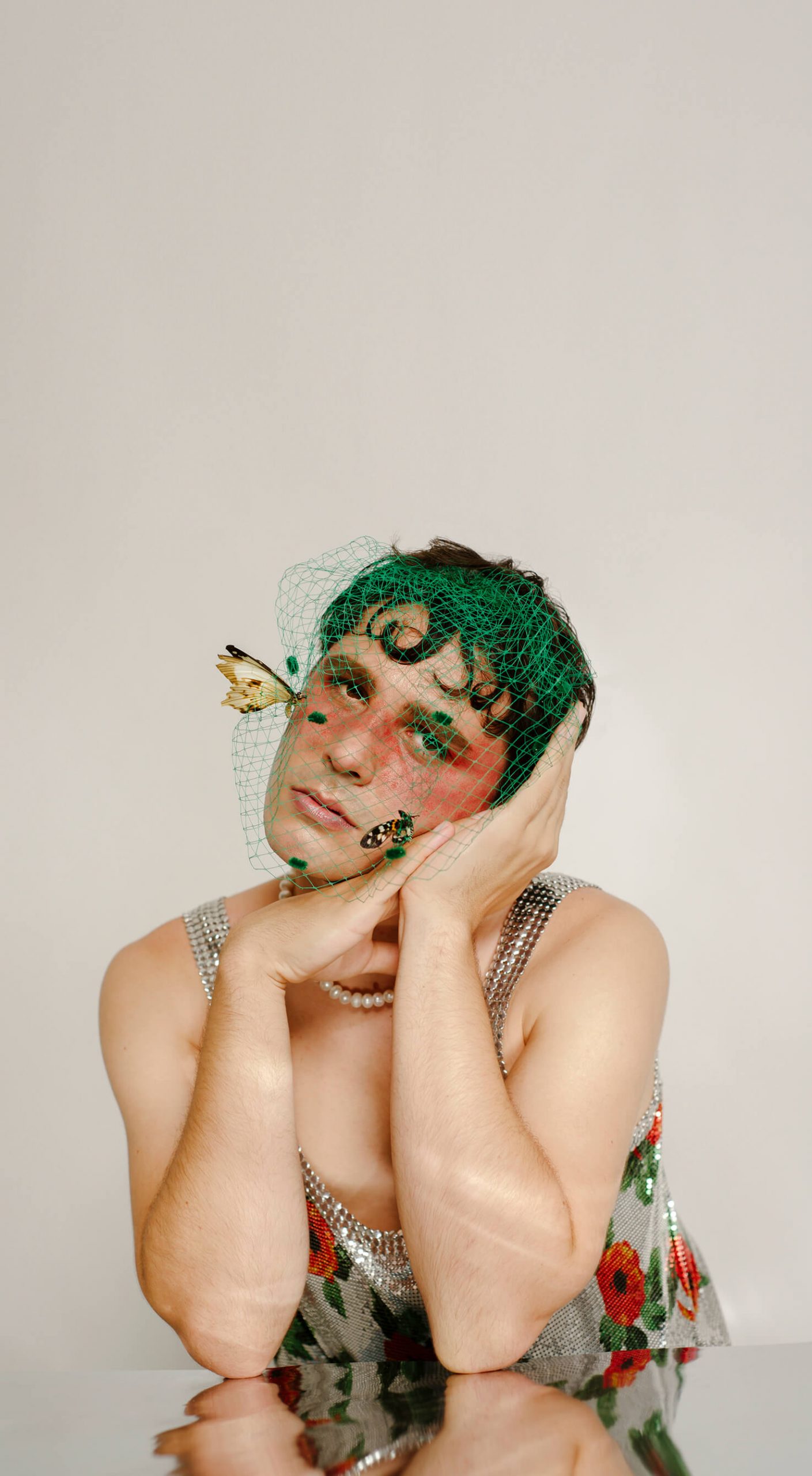 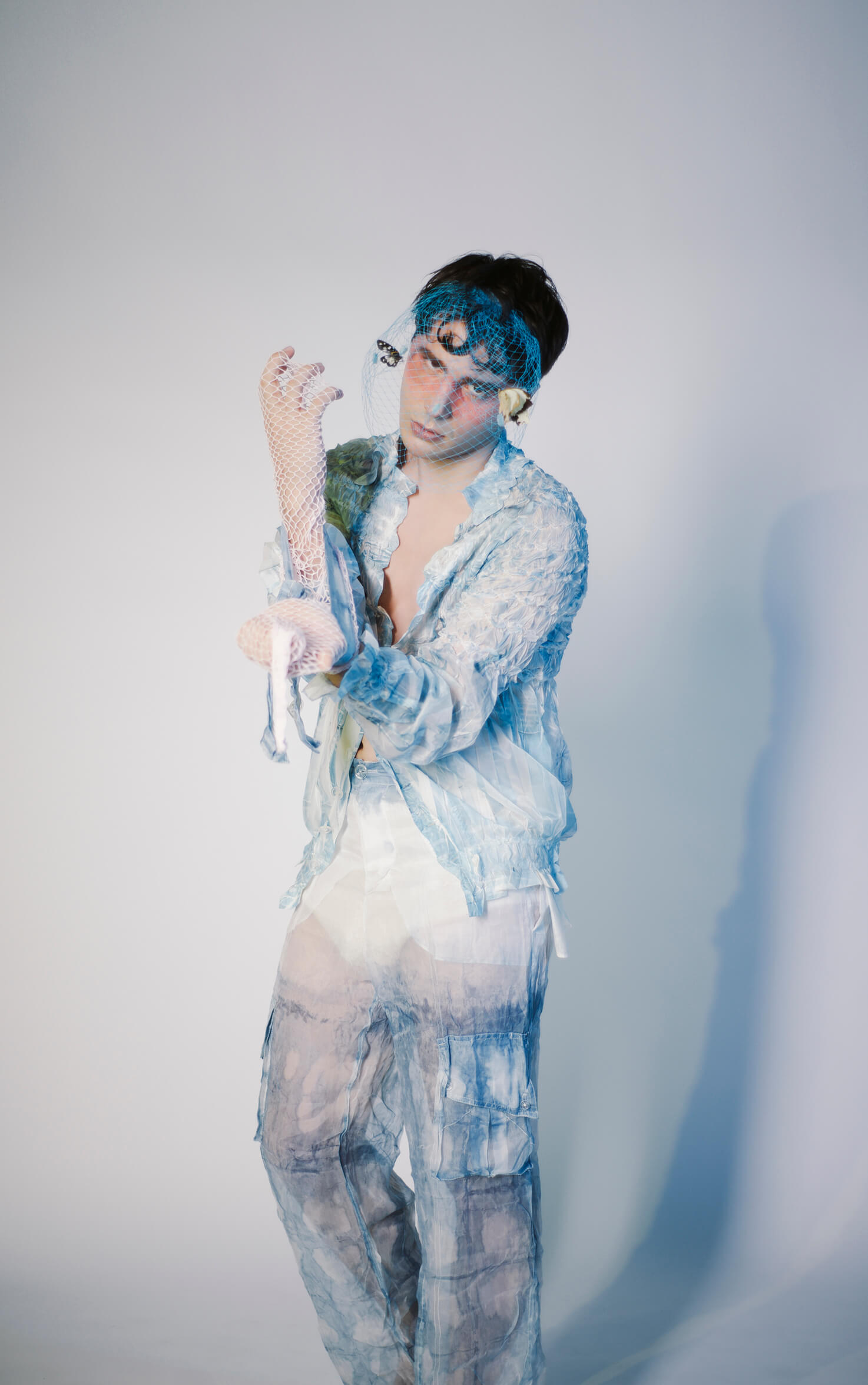