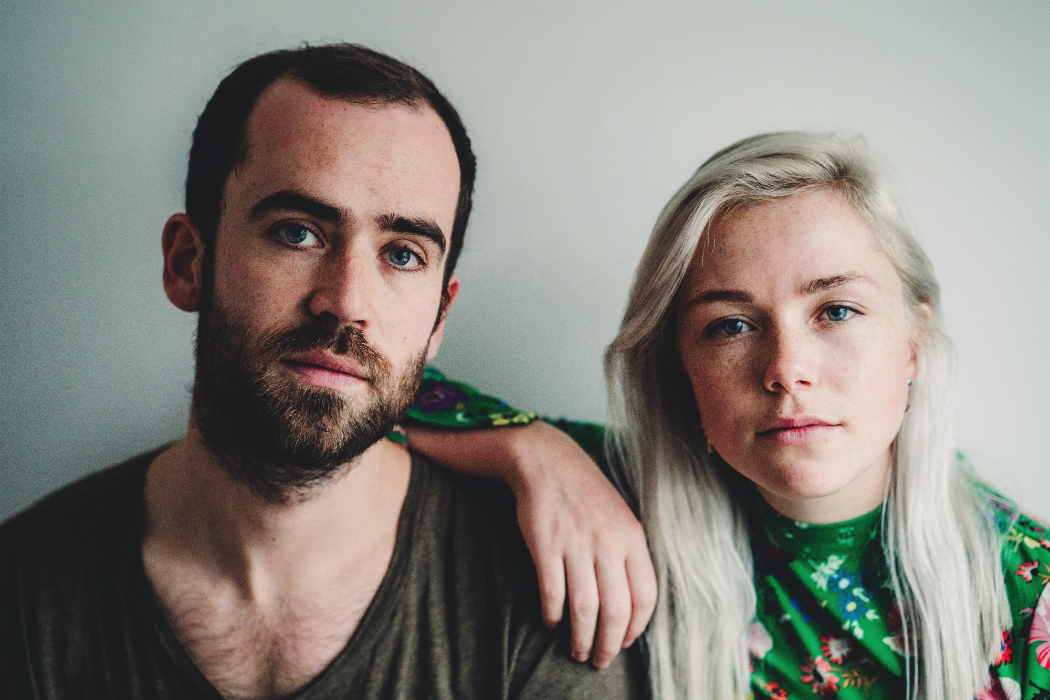 Moon Panda, the moniker under which Californian songwriter Maddy Myers and Danish guitarist Gustav Moltke collaborate, release the deliciously woozy new single ‘Gun’. Following their critically acclaimed debut track ‘Rabbit’, Moon Panda continue their mantra to create “dreamy space pop for dreamy space people”. With a sound that nestles nicely between the likes of Tame Impala and Beach House, Myers describes the lyrics of ‘Gun’ outline the darker thoughts within “the capricious human mind”. The track was produced by established engineer Tom Biller who has worked on records such as Warpaint’s The Fool and Fiona Apple’s Extraordinary Machine, to Elliott Smith’s From a Basement on a Hill, and Beck’s track Everybody’s Got to Learn Sometime from the OST of Eternal Sunshine of the Spotless Mind. “To help represent the ever-changing, ever-fickle human mind we used a changing time signature – the verse is in 6/8 and the chorus switches to 4/4,” continues Myers on ‘Gun’, “It’s not incredibly noticeable but I think it disrupts the sway of the song a bit and switches you into a new rhythm”

The band received an impressive amount of support for their debut single ‘Rabbit’ which reached #1 on Hype Machine’s Most Popular chart earlier this year and was described as “languid, dreamy guitar pop with a slight baroque feel” by Clash Magazine while Indie Shuffle admired the “progression of the track and addition of sharp, catchy synths” and compared the sound of the track to that of St. Vincent and The National. The song was produced by Cameron Blackwood who is known for his work with the likes of London Grammar, Florence & The Machine, and The Horrors.

The sounds of Portishead, Men I Trust, Mitski, Beach House, and Angel Olsen have been key to the formation of Moon Panda, as well as the idea of a “big, lush forest surrounded by the cosmos, filled with giant creatures – a space jungle”, which remains a intriguing, evocative image to songwriter Myers. Animals have always been an important presence in her life as she actually grew up on a ranch, “raising lambs, pigs, steer, horses, etc and I’d always bring my guitar. I definitely spent more of my youth hanging out with animals than with people.”

‘Gun’ will be available on all streaming platforms November 16th, pre-save it here: https://smarturl.it/moonpandagun

Live
Moon Panda will also be performing live in London at The Lexington, Islington on Friday, November 16th supporting Koates alongside Raffer.